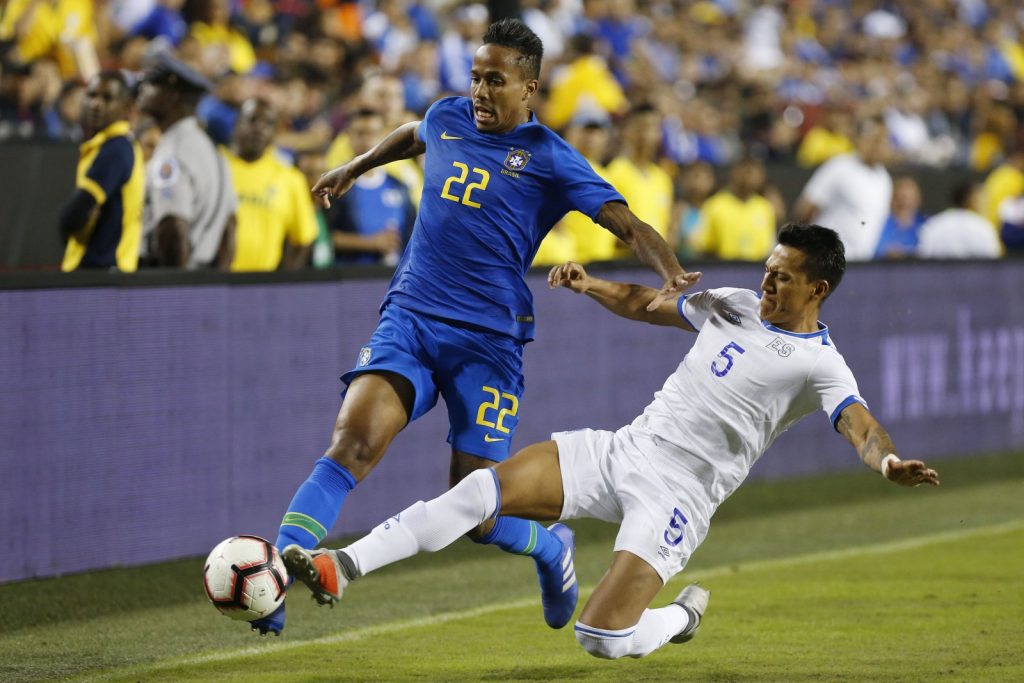 Since Sérgio Conceição took over as manager at Porto in the summer of 2017, it seems there has been in a new restructuring of balance in Portugal. For the first time since 2013, Porto won the league title last spring, breaking Benfica’s 4-year stranglehold on the league trophy, and today, the Dragões sit atop the table, four points ahead of Benfica. After four games, Porto lead their Champions League group, and all signs point to another successful season for the azuis e brancos. The dominance is back, and so is the breathtaking share of South American talent that lights up the Estádio do Dragão.

The likes of Danilo, James Rodríguez, Alex Sandro, and Nicolás Otamendi all left South America at a young age and for a low cost to join the club in past years, using Porto as a launching pad to start their illustrious careers in Europe. In 2009, a 23-year-old Radamel Falcao arrived from River Plate for a €3.93 million transfer fee. In his first season in Europe, he would score 34 goals in all competitions, while in the following season, he set a competition record for 17 goals in 14 Europa League games, leading Porto to the Europa League title. He would go on to join Atlético Madrid for €40 million, and would soon play for the likes of Chelsea, Manchester United, and Monaco, hoisting trophies and scoring goals in a remarkable European career.

However, over the past six years, Porto have not made as efficient use of the South American market as before, and as such, their results on the pitch have suffered. The likes of Emerson and Danúbio Ribeiro arrived and failed to show their promise either at the club or on loan. Only Otávio, who arrived from Internacional at 19 years old, has had moderate success at Porto, and even so, even at 23, he has neither staked out an indisputable spot in the line-up, nor made himself the subject of the eye-watering bids Portistas of old attracted on a regular basis. However, their luck changed on July 25, 2018, when they signed Éder Militão of São Paulo.

Over the past decade, the likes of Casemiro, Oscar, and Lucas Moura have emerged from São Paulo’s academy to become key players for some of Europe’s top sides. The Tricolor academy has not ceased in its talent production, and David Neres, Luiz Araújo, and Lyanco have left Cotia to join mid-level European feeder clubs. It was clear from his time in the youth sections of Brazil and São Paulo that Militão was going to be one of the most promising talents to emerge from the academy.

While his potential was clear as day, his position wasn’t, and still isn’t. Militão has played across midfield and defense, yet while he has plied his trade as a center back for Porto and Brazil, he could be shifted to right back, where he largely played at São Paulo, given the alarming dearth of right backs that Brazil has on display. Between his technique, intelligence, and physicality, he has proven capable in every position he has been shoehorned in, and this versatility will take him far in his career.

Militão made his debut on May 14, 2017 in a 0-1 defeat to Cruzeiro, and returned to the starting line-up a month later against Vitória. Both games, he started as the right-sided center back, but in his third start, against eventual champions Corinthians, in the Clássico Majestoso, he played as a central midfielder. Even though it wasn’t his natural position, even though he was still only 19, and even though he was going up against the best team in the league, Militão exhibited maturity, intelligence, and calm on the ball, establishing himself as one of São Paulo’s few bright points from the derby. From the Vitória match onwards, he would start more and more games, becoming one of the few shining lights from the Tricolor’s horrendous 2017 season.

Inter, Lazio, Manchester City and Paris Saint-Germain all pursued the youngster, whose contract was set to expire in January 2019, but it was Porto who signed him, for the mere price of €4 million (São Paulo will retain 10% of any future sale). In the few months that he has been in Europe, his value has skyrocketed. He is currently valued at €20 million per Transfermarkt, but his buyout clause is €50 million.

Porto currently have the best defense in the nation, having conceded 10 goals in six league games, and Militão has played a massive role in this. In the 13 games he has started across all competitions this season, Porto have conceded just four goals.
His performances haven’t gone unnoticed either. He is one of the 20 nominees for the UEFA Golden Boy Award, and in September, he made his starting debut for Brazil’s senior team against El Salvador. In addition, he was selected as the best defender in Liga NOS in September.
Militão has not only gained plaudits for his versatility, but for his individual skillset as well. He’s physically imposing, fast, and is gifted at carrying the ball out of defense. It’s this quickness which has made him a threat at right back for São Paulo, and it’s this aggression and concentration and physical power which has made him a godsend in central defense for Porto. He uses his pace to extinguish counter-attacks and track forwards, and he uses his physicality to win duels and shield his goalkeeper from danger.
There’s something to be said about his mentality, too. Militão is incredibly consistent; he performs week in, week out, and rarely makes mistakes, but he saves his best performances for the biggest games. Despite the loss, he was phenomenal in October’s derby against Benfica, winning 9 out of 10 duels and making 3 interceptions. Despite him being the only Portista making his Clássico debut, he was the best Porto player on the pitch by a mile.
With versatility, a winner’s mentality, and proficient talent, Éder Militão has everything it takes to be one of the best defenders in football.
By: @allezportoallez
Share:
Twitter Facebook Email LinkedIn Google+