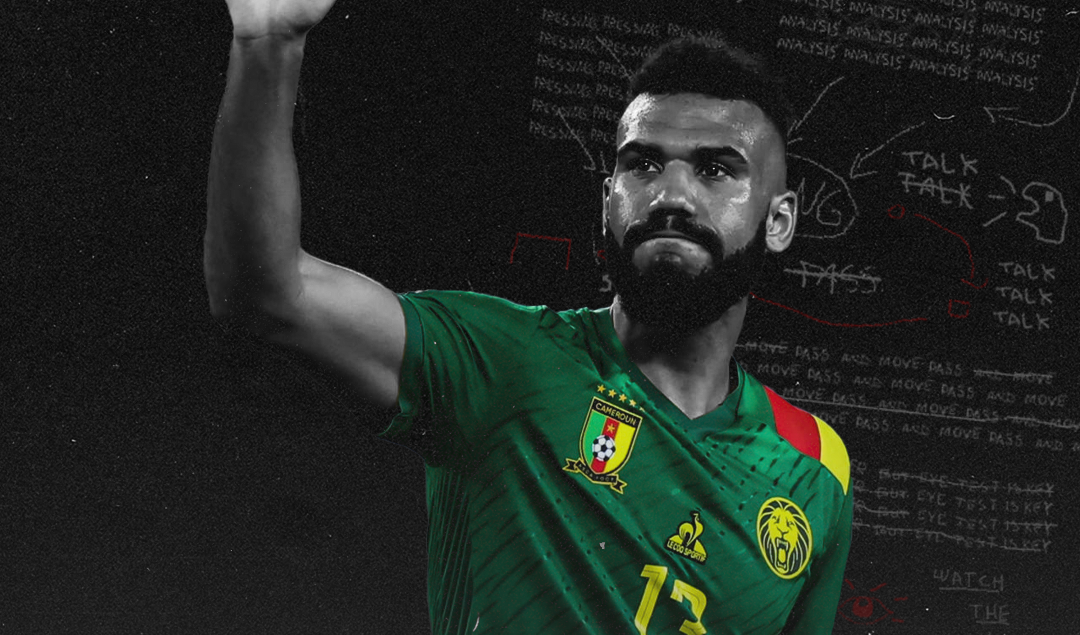 Against the run of play and all expectations leading into the tournament, host nation Cameroon fell behind after just 24 minutes to a beautiful finish by Burkina Faso midfielder Gustavo Sangare. Although Cameroon had the ball for the most part before the goal, it was clear that Burkina Faso weren’t just going to lay down and allow Cameroon to just dictate the game. The Burkinabe were going to go toe to toe with Cameroon.

However, you wouldn’t be able to tell the story of last night’s game without mentioning the crowd. Although the capacity is capped at 80% for games involving Cameroon and 60% for others due to COVID-19, the atmosphere was electric, to say the least. After a 50 year wait to host the tournament once again, the people of Cameroon were overjoyed to welcome their boys home.

But as we all know, that excitement can turn into nervous agitation really quickly and it looked to be heading that way as halftime approached. Cameroon looked nervy and understandably so, the weight of the world on their shoulders and conceding an early goal was certainly not in the script.

Midfield general Zambo Anguissa didn’t see much of the ball at the start but as the game progressed he began to pull strings and dictate the game, the Cameroon equaliser came as a result of a penalty won by Anguissa.

Cameroon Kicks Off the 35th African Cup of Nations

A penalty that was dispatched in the calmest of ways by captain and talisman Vincent Aboubakar, who appeared to be the coolest man in the stadium, even with buckets of sweat dripping from his forehead.

Seconds before the halftime whistle Burkina Faso conceded another penalty, this one a stonewall penalty which didn’t even require the referee to go to the monitor to have a second look. Just like the first, Aboubakar stepped and somehow made it look even easier than the first and Cameroon went into the break with a 2-1 lead and order restored.

Cameroon came out in the second half and appeared a lot more settled, knocking the ball around confidently with Zambo Anguissa starting to dictate the game. The host nation saw the rest of the game out with relative ease. Burkina Faso was their biggest test in the group stage at and they got through it relatively easily after a shaky start.

In the other game in group A, Cape Verde handled business. No one expected Ethiopia to be much of a threat in this group and an extremely early red card almost guaranteed it. Ethiopia remained compacted and didn’t allow Cape Verde to operate as they would like. A goal right on the stroke of halftime decided the game. Both of these teams will find it very hard to get anything from their remaining two group games.

Group A is one of the few groups in this year’s competition that you can predict relatively confidently, two teams are clearly the favorites over the others and it should show in the final group standings.