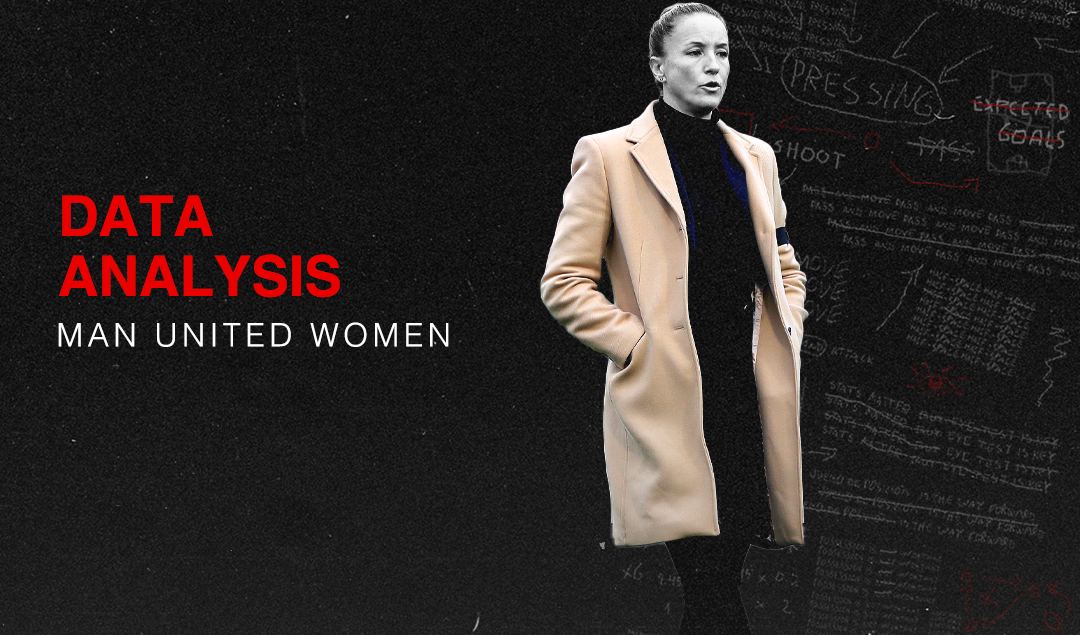 Two years ago, the Manchester United Women’s team played their first-ever professional football match. Fast forward to the present, they lead the way in the WSL – unbeaten and with a four-point buffer at the top.

A boatload of the credit belongs to manager Casey Stoney, whose fearlessness and determination has created an excellent system for the players. Her vision has led the team to where they are today. Having signed a lot of the players from the previously disbanded Manchester United women’s team, she also bought in young, talented players to strengthen the squad.

Club captain Katie Zelem, Millie Turner, Ella Toone, and Kirsty Hanson were part of the old team when they were teenagers while Lucy Staniforth and Ona Battle were excellent acquisitions in the pre-season transfer window.

However, the biggest talking point of the summer was the signings of US Women’s National Team players and World Cup winners Tobin Heath and Christen Press. It was almost Stoney sprinkled a bit of stardust on her already wonderful team by bringing these two in.

Heath has been exceptional this season, with 4 goals and 2 assists to her name. She adds a certain unpredictability to the team that makes them so much more frightening than they already are. Heath has assisted the most shots in the league (25) while also recording the highest xA in the league by any player (4.75). 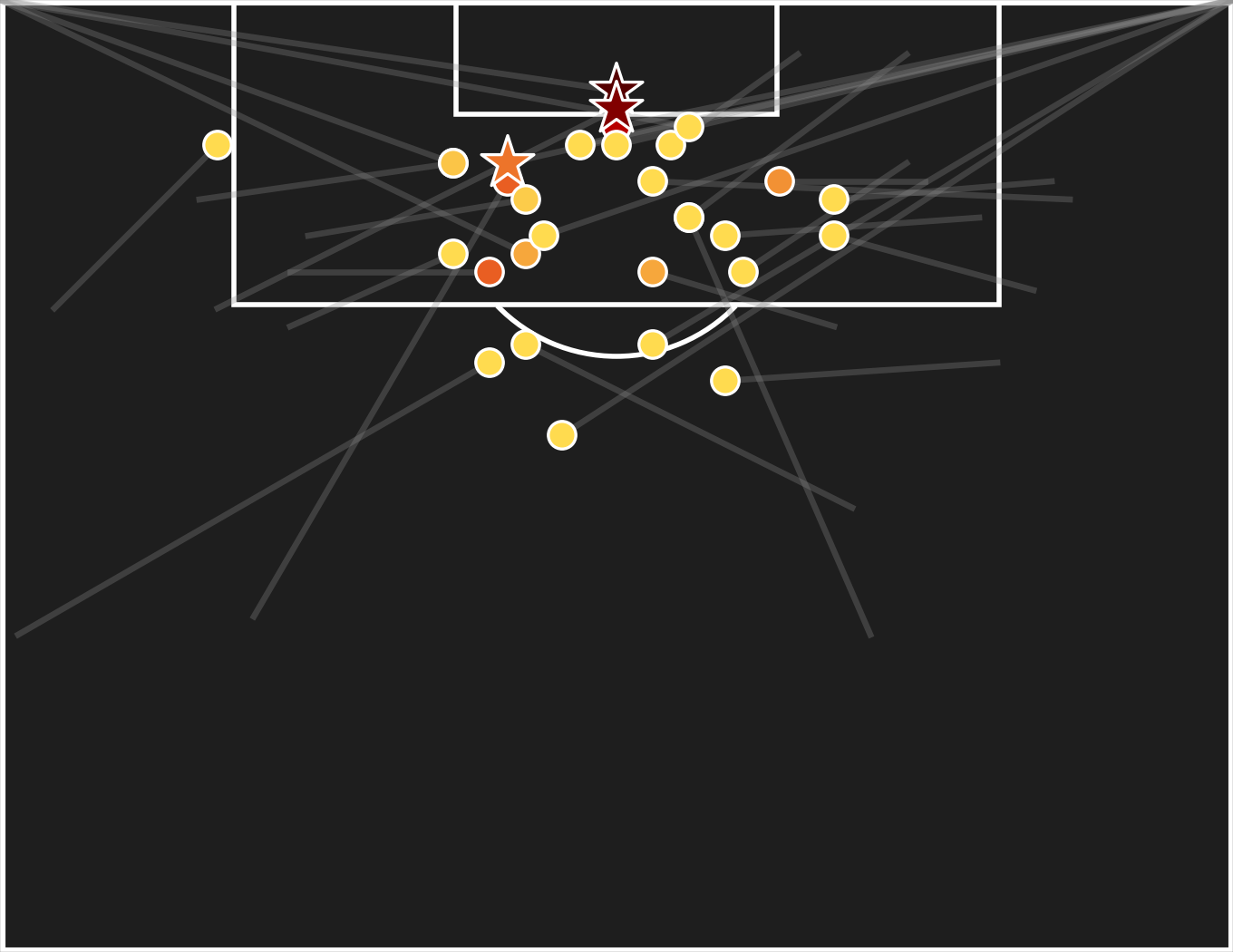 Press, on the other hand, has played lesser games but the talent she possesses has shone whenever she has stepped onto the pitch. Her versatility to play in multiple positions also adds to the team’s flair and attacking threat. There is certainly loads more to come from her.

Playing High up the Pitch and Using Width Effectively

Whether United are playing a 4-2-3-1 or a proper 4-3-3, Stoney sets them up in a way that allows the attacking players to stay high and wide. When in possession, both wingers drift wide and hug the touchlines, making the pitch more accessible and expansive. Alternatively, when not in possession, both wingers can come narrow and press along with the furthermost player.

This system also makes the team flexible. When they’re up against a side playing three central defenders, the three attackers can press one defender each; while against two defenders, the striker can either drop deep to open up space for the wingers or cause problems upfield with her movement.

This role is usually played by the excellent young Englishwoman, Alessia Russo. Both options allow the wingers more freedom and time on the ball. Stunningly, United have had a total of 811 sequences ending in the final third. 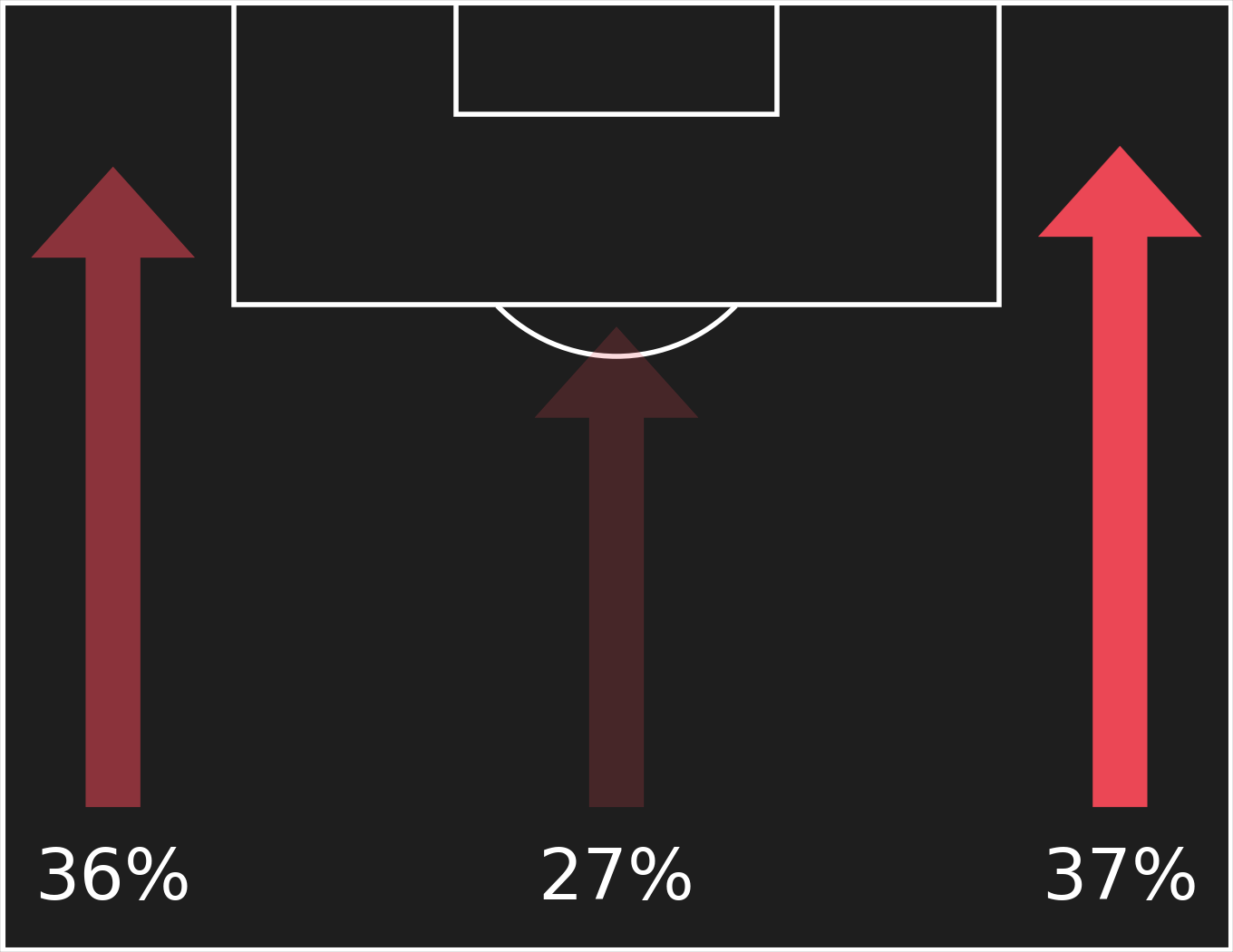 There is also a massively observable difference from last year. The arrivals of Heath and Press had augmented this attacking system because of their sheer quality and talent. The two USWNT stars bring experience and competitiveness to the side. They are versatile enough to cross or cut inside and shoot, making United’s attack very unpredictable and dangerous. 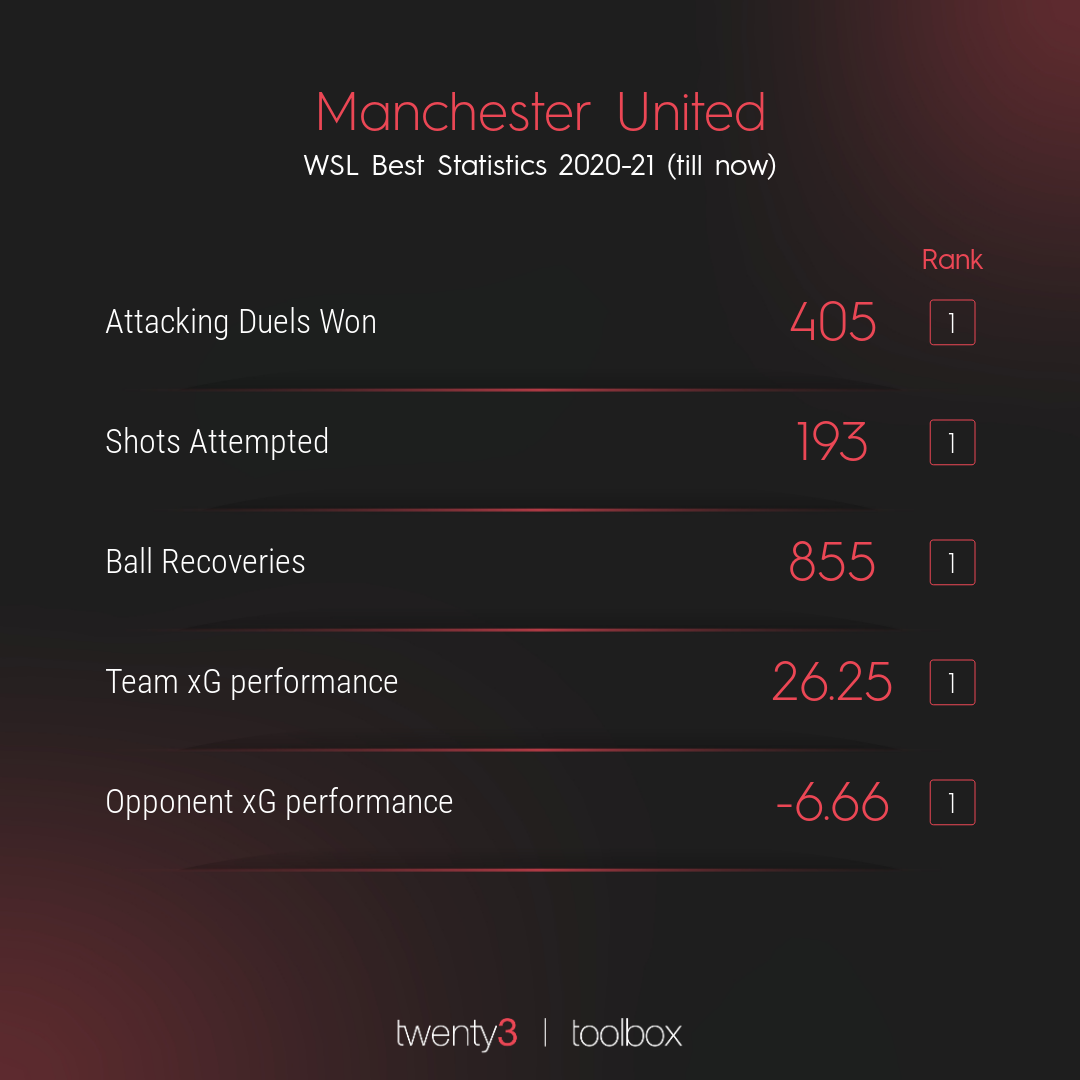 Like most teams, United play a back four in defence. The reason they defend well is doing the basics right. The foundation of the backline is very strong and the chemistry among them is tremendous. If the full backs are pulled wide by the opposition wingers, the centre backs and holding midfielders make sure to drop in to cover the space in behind.

Similarly, when the opposition have an overload in any part of the pitch, the holding midfielders drop deep to form a solid block of six players. This provides adequate defensive cover beside the composure of the individual players part of this block.

Another very interesting feature of United’s defending is tight marking. Each defender picks up an opposition player and stays tight to them. This is effective because even though space would open up, passes would be tougher to play – there is always a player marking another, making it easier to tackle or intercept a pass. The fact that teams have an average xG of -6.66 (worst in the WSL) when facing the Reds just proves how solid Stoney’s women have been at the back.

Although United’s attackers receive most of the praise, one player who makes them seamless is 21-year-old Englishwoman, Ella Toone. The young attacking midfielder has a very interesting role in the system and she performs it flawlessly.

Playing in the famous “number ten” position, one of Toone’s most crucial jobs is naturally to provide balls to the forward line. Be it through passes in between the lines or simple passes to the feet, Toone excels here. She has completed the second most through balls (7) this season, while also recording 41 successful final third passes.

However, what makes Toone different from most attacking midfielders is her awareness high up the pitch. When United lose the ball in the final third, she stays in a more advanced position to help win the ball back quickly. This helps the team counter faster when possession turns over in their favour.

This season, Toone has about a 74% success rate (57 completed, 77 attempted) with her defensive actions, which is an extraordinary number for an attacking midfielder. She has also completed 42 ball recoveries, 37 of which have been in the opposition half. 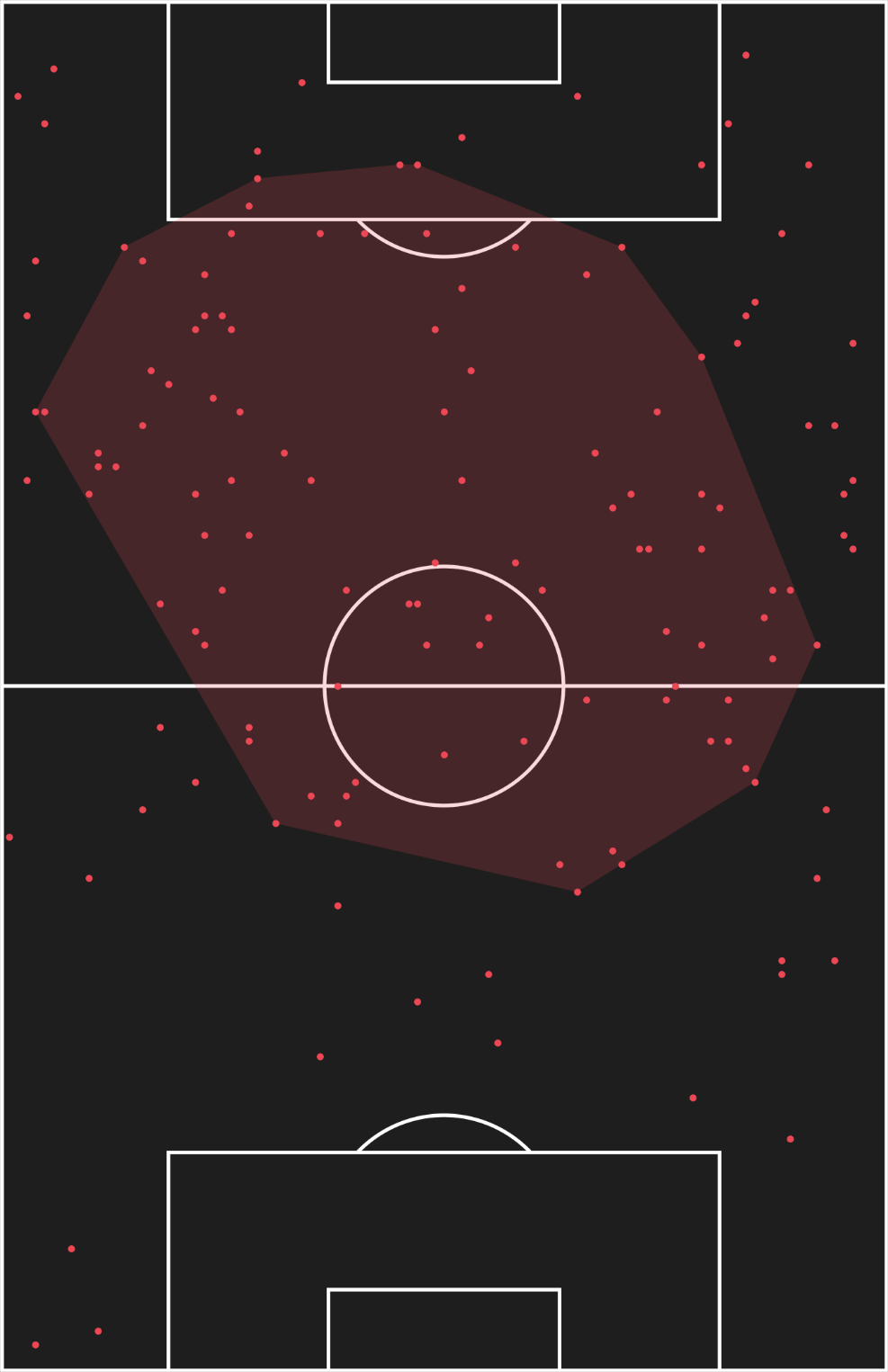 Since the Women’s Super League’s inaugural season in 2011, Arsenal and Chelsea have mainly vied for supremacy, whilst Manchester City and Liverpool have also hoisted silverware. But one year after finishing fourth in the league in their debut WSL campaign, Manchester United find themselves atop the table with 26 points from their first 10 matches, four points above second-placed Arsenal. Only time will tell if Casey Stoney’s side can last the test of time and establish their dominance in the Women’s Super League.