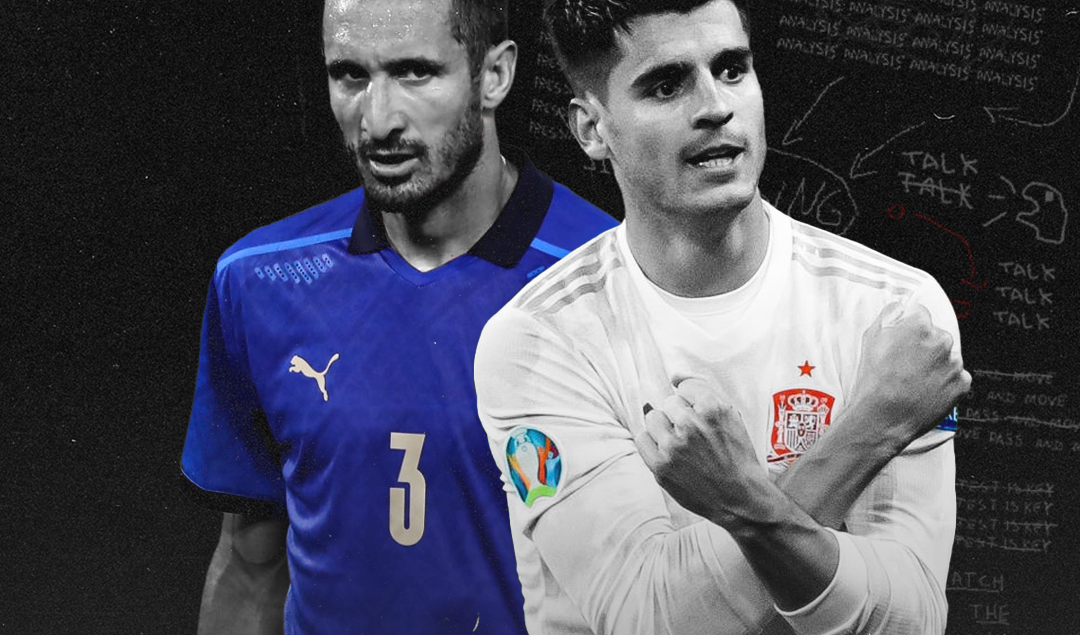 Even in name, EURO 2020 is an anomaly. The almost continent-wide football festival envisioned by UEFA which eventually kicked off a year later than expected maintained its original name and branding, almost as if it was oblivious to the fact that time did not wait for anyone; not even football. In an even more overt show of brazen ignorance, the competition went ahead with multiple host cities and thousands of miles of travel for various teams.

An idea hatched for a pre-pandemic world and one that was not willing to compromise, even in the face of the many obvious risks. In many ways, the tournament has been about this very theme. On and off the field various challenges have been faced and battles fought. Encouragingly, quite a few have been won; for equal rights, acceptance and just pure human kindness.

The most glamorous prize however, was decided under the bright lights of Wembley Stadium in an encounter heavy with the tension of the occasion. From under that thick mist of emotion, it was the Italians who emerged – scarred and broken – as victors. It has been a long road to glory for the Azzurri, one that begun off the back of the immense disappointment of failing to qualify for the 2018 World Cup.

Since then, they reset, rebuilt and came back onto the international stage in absolutely imperious form under Roberto Mancini. That brilliant form continued into the group stages of this competition. Absolutely glorious displays of talent and tactical organisation allowed them to breeze through their group, putting all of Turkey, Wales and Switzerland to the sword.

In the knockouts however, the Italian machine did not roll past anyone nearly as easily. In fact, from the Round of 16 onwards Mancini’s side showed the different shades they can seamlessly take on to get a job done. A tight encounter against the Austrians showed their killer instinct, they were wily against the Belgians, rampaging them during periods but only taking as much as they needed for the journey onward.

Then came the Spaniards who huffed and puffed but were stumped by Gianluigi Donnaruma when the cruel face of penalties appeared to settle a very tense encounter. Finally, glory beckoned, a final against England – oh and Italy had already conceded. Luke Shaw putting the English ahead before many fans had even found their seats. A tough blow out of the blue that must have shaken many an Italian’s resolve.

The Azzuri did not panic, slowly but deliberately they pushed and probed, occasionally splitting the English defence but generally finding it very tight-fisted. In the 66th minute however, the Italians finally found their way through. A flick here, a header there and a toe-poke somewhere – off the boot of Leonardo Bonucci to be precise, sent the Italians into rapture.

Then it was done, the goalscoring at least. A well-fought-out extra-time period yielded little goalmouth action and so we moved to penalties. With the disturbing stat that no team had ever won two shootouts at a EURO tournament hanging over their heads and no willing partner for Giorgio Chiellini’s pre-shootout boisterousness this time around, the Italians forged ahead.

Andrea Belotti and Jorginho were denied but it did not matter because Gianluigi Donnaruma, once again, stepped up in a shootout to give the Italians victory. As Donnaruma stood triumphantly in front of the Wembley crowd, basking in the joy of the louder-than-ever Italy support, his giant frame cast its shadow completely over Bukayo Saka.

Every story needs its fall guy. Saka, coming off a brilliant season for Arsenal and a tournament where he far exceeded expectations, attempted to lift 55 years’ worth of English expectations and give them renewed life. At least for one more kick, but it proved too heavy a burden and his 19 year-old shoulders buckled beneath the weight.

Thus we had our fall guy, thrust before us by function of his own confidence, his own courage, the steely nerves which allowed him to even accept such an onerous responsibility. It is the hope of many that this only makes him stronger, steels his young mind even further because this sport can be cruel and it takes the absolute form of strength to rise up from not just a personal disappointment but one of a whole nation, 55 years of pain condensed into a single moment of failure.

England had only conceded one goal in the tournament prior to the final but even still it was quite surprising to see them cede possession along with the initiative almost completely to Italy for the majority of the game. The impressive array of talent present on that English bench could have caused the Italians some problems that they did not really face outside the early stages of the game.

To be fair to Gareth Southgate he had done an almost perfect job with his game management up until that game, making the right changes and making sure that his side always did enough to get the needed result. The group stages were fairly uneventful, England went about business as efficiently as possible, and the knockout stages were not much different.

Germany were calmly dispatched; Ukraine, with a bit more flair and Denmark with a touch of tournament nous that England have been on the other side of in many tournaments past. The final is obviously a disappointment for the team and the nation but the journey this squad has undertaken to reach this point has been very impressive. The positive signs are there for Southgate and his men, and they will aim to build on them with next year’s World Cup in mind.

The rest of the tournament gave us some amazing stories and some not-so-great ones. The agony of Christian Eriksen’s cardiac arrest was tough to watch and even tougher on his relatives and his squad but the amazing courage his teammates showed both during the incident and for the rest of the tournament was supremely inspiring.  A well-oiled side that played amazing football in the hardest of circumstances – made harder by some gross insensitivity on UEFA’s part – gave hope to not only the 6 million Danes back home but to the whole football world.

Switzerland were impressively resilient against the world champions and again against Spain, ensuring that they left an indelible mark on this tournament. The Spaniards themselves were not short of fascinating narratives. The prodigious talent of Pedri was worth the entrance fee on its own, his performances even more impressive in a midfield once controlled by the likes Andrés Iniesta and Xavi.

Álvaro Morata, a man who endured so much negativity in a tournament where he became Spain’s highest scorer in at the Euros. After finishing a superb move in the semi-final to give Spain a much-needed equaliser the relief, the vindication plastered on his face was a sight to behold. Missing the crucial penalty in that game’s shootout however, was unsurprising and shocking at the same time. Morata, a man on a perennial hero’s journey, one that always to glitches back to the start before he can achieve true redemption.

North Macedonia and Finland acquitted themselves admirably in their first Euros campaign. The Fins were impressive with their conduct during the game against Denmark and played well throughout the group stages, narrowly missing out on a knockout stage place by goal difference. The sight of Goran Pandev wheeling away in ecstatic celebration after scoring his country’s first Euros goal was a sight to behold!

When all is said and done Euro 2020 gave us a lot of good tournament moments brilliant games, great goals and amazing stories, and as we slowly recover from this month-long state of frenzy, we can all definitely appreciate that.