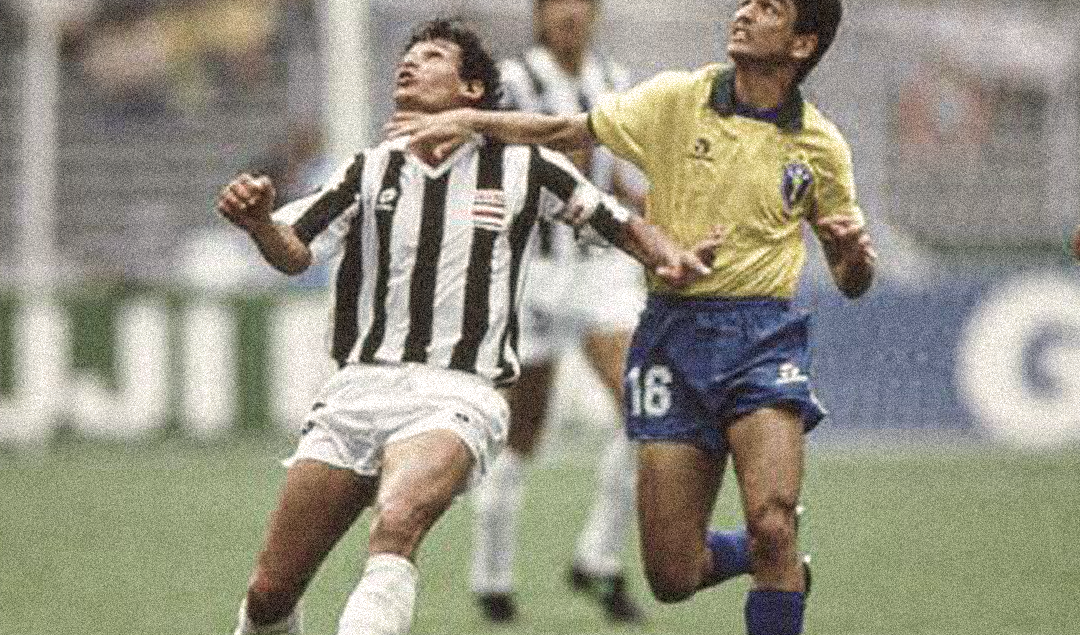 Costa Rica’s national football team are well known among football fans today for their exploits in the 2014 World Cup. Their achievements were notable, as they finished top of a group including England, Italy and Uruguay.

In addition, Greece was toppled in the round of 16 via penalties to reach the quarter finals, before falling to the Netherlands on penalties.

Undoubtedly, it was the greatest moment in Costa Rican football history, making stars out of Keylor Navas, Joel Campbell and Bryan Ruiz among others in the squad. Yet it was not the first time Los Ticos had shocked the footballing world. 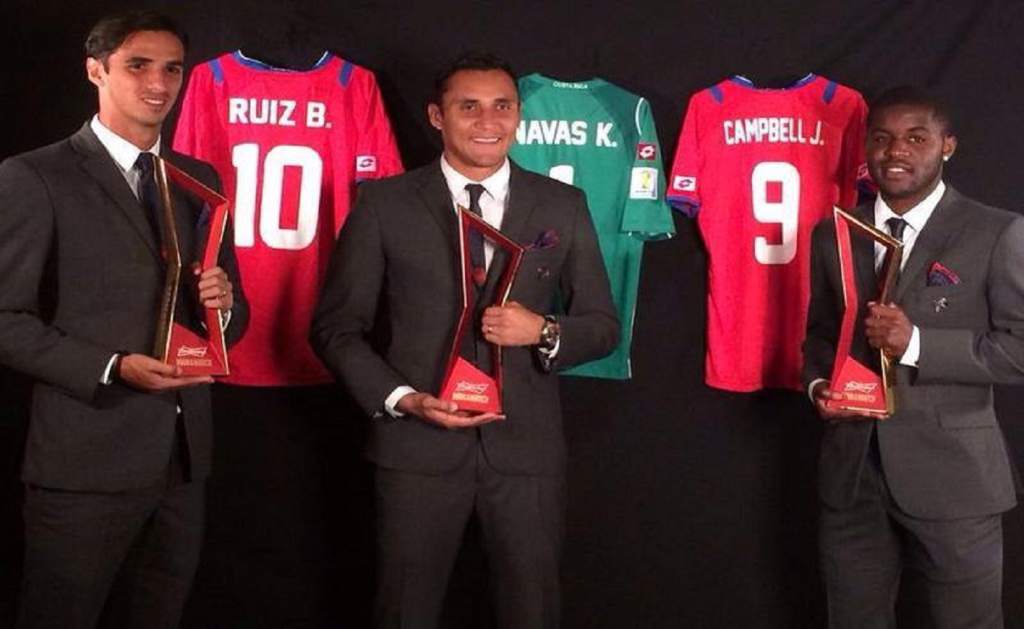 That story begins in the 1980s, with the national team long in decline. Their high water mark had been appearances in the 1980 and 1984 Olympics, crashing out of the group stages on both occasions.

Los Ticos had failed to qualify for the 1986 World Cup, as well as the 1988 Olympics in Seoul, but there was optimism in the country that 1989 would bring improvements.

Qualifying for the 1990 World Cup among the North and Central American nations was decided by the 1989 CONCACAF Championship – the precursor to the Gold Cup.

A spot in the Championship meant qualifying via a two stage process that lasted throughout 1988. Luck had smiled on Costa Rica after Mexico were disqualified from the qualifiers due to fielding overage players in the U20 CONCACAF edition earlier that year.

As Los Ticos were supposed to play Mexico in the qualifiers, their disqualification resulted in Costa Rica being given a spot in the CONCACAF Championship.

The format was simple – five teams would play each other twice and the top two sides qualify for the World Cup in Italy the following year. Costa Rica, USA, Trinidad & Tobago, Guatemala and El Salvador knew each side had a decent chance of qualifying with powerhouse Mexico disqualified.

Costa Rica had an experienced squad under coach Marvin Rodriguez, who took sole charge of the national team midway through 1989 after partnering with Spaniard Antonio Moreno for a short while earlier that year. 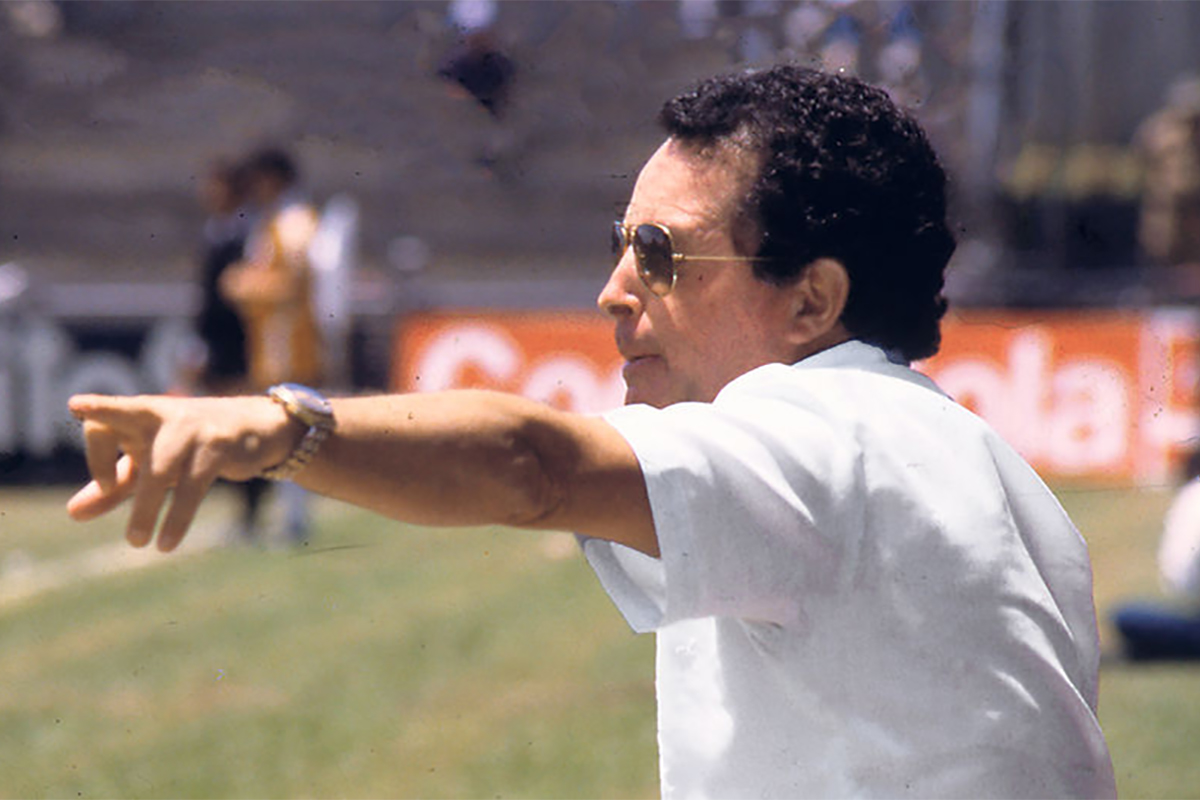 The spine of the team consisted of experienced players – Luis Gabelo Conejo in goal, captain Roger Flores partnering Mauricio Montero at the back, the versatility of Jose Carlos Chaves (able to play at full back or midfield), the watchful German Chavarria who broke up play in midfield and the attacking talents of Evaristo Coronado, Juan Arnoldo Cayasso and Leonidas Flores.

With such tools, hopes were high that Los Ticos could reach the World Cup for the very first time.

Costa Rica’s first match against Guatemala on March 19th 1989 tempered such hopes, as they fell to a 1-0 defeat, Raul Chacon Estrada’s 39th minute penalty being the difference. The teams faced each other again in the reverse fixture two weeks later in Costa Rica’s capital San Jose.

Los Ticos ended the first half strongly when Roger Flores scored just before half time. Yet Guatemala shot back quickly, Julio Rodas equalizing just six minutes into the second half.

With the game tightly poised as the game worn on, up stepped Evaristo Coronado to score the winner on 78 minutes. Costa Rica were on their way.

Los Ticos’ next opponents was at home to the USA. With the game played just two weeks after their win against Guatemala, Costa Rica’s players had a semblance of match fitness, while the Americans were just beginning their World Cup qualifying campaign.

Los Ticos were quick to establish themselves by taking the lead on 14 minutes when Gilberto Rhoden ghosted past his marker to score from close range. Costa Rica would hold onto the lead to win the game – notching four out of six available points.

The Americans wouldn’t wait long to have a chance to exact revenge as they faced Costa Rica at home in the suburbs of St.Louis. Under Rodriguez’s management, Los Ticos’ ire soon veered towards Honduran referee Rodolfo Martinez, who disallowed two of their goals prompting Costa Rica’s players to surround him in fury.

Alas, the game was still goalless on 72 minutes, Costa Rica hoping to at least avoid defeat if a victory could not be achieved. That was until their fortunes turned against them.

A hopeful ball was lofted into Costa Rica’s 18 yard box where the ball was then played towards a onrushing Tab Ramos just outside the box. 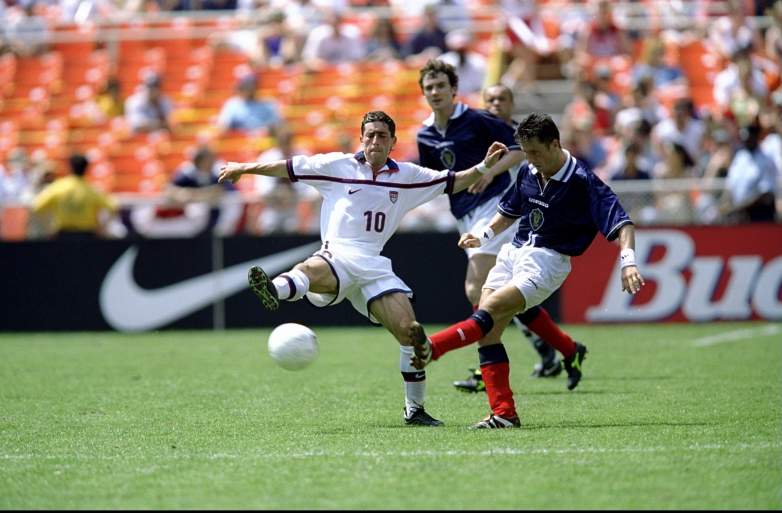 With great fury, the American midfielder unleashed a powerful shot towards goal, with a slight deflection taking the ball away from goalkeeper Conejo and into the back of the net.

Going behind shifted Los Ticos’ mindset to look for an equalizer, soon leading to drama at the end of the game when Costa Rica punted the ball into the 18 yard box.

USA’s goalkeeper Frankie Valone tried to claim it, yet was hopelessly stranded, as Coronado flicked the ball ahead of him. The ball fell to Alvaro Solano, lashing a fierce shot towards goal. Two American players had already taken up positions on the goal line in anticipation of Solano’s shot.

It would be defender Steve Trittschuh that undertook the risk of parrying the ball away with his hands.

The referee quickly pointed to the spot and Costa Rica had the chance to steal a point.

Los Ticos’ captain Roger Flores put the ball on the spot and awaited the referee’s whistle. Flores went for power instead of placement, striking it hard towards the center of goal. Valone guessed correctly and with his leg parried the ball away.

The Americans held on for their first win in the World Cup qualifiers.

For Costa Rica, defeat in St.Louis seemed like a blow, as it was their second loss in four games in the CONCACAF Championship. Yet others events in the competition soothed their pain, as USA could only draw 1-1 at home to Trinidad & Tobago two weeks later on the 13th May.

Los Ticos’ next fixture was away to Trinidad & Tobago on the 28th May – presenting Costa Rica with a perfect chance to consolidate their hold at the top of the table.

The first half ended goalless, but Costa Rica made a blistering start to the second half when Coronado got ahead of his marker to head a sweetly struck cross past goalkeeper Earl Carter.  Going behind prompted Trinidad & Tobago to come out of their shell by making attacking substitutions – bringing on a young Dwight Yorke on 46 minutes and Philbert Jones on 64 minutes.

A lofted ball into the box from the left was not properly cleared by Costa Rica’s defenders, with the ball falling to Philbert Jones. His initial shot was parried by Conejo but only towards Jones who made no mistake from close range.

The game would end 1-1, a point away from home no disaster for Los Ticos. What mattered to Costa Rica was their next fixture at home to Trinidad & Tobago two weeks later in San Jose. The key to World Cup qualification was winning their homes – something Marvin Rodriguez drummed into his players.

That message was received loud and clear, as Los Ticos needed less than two minutes to take the lead, as Juan Arnoldo Cayasso took advantage of a chaotic goalmouth scramble to score from close range.

Costa Rica grimly held on to their lead, as Trinidad & Tobago were twice denied by the post. Los Ticos’ resolute defending was enough to hold on for a 1-0 win and strengthened their grip on a qualifying spot.

Costa Rica’s next fixture was away to El Salvador on the 25th June who, due to the complexities of the scheduling under the CONCACAF Championship, were playing their first game while Costa Rica had already played six games.

Los Ticos quickly took the lead on 16 minutes with Cayasso taking advantage of a poor defensive header from a cross. Just as it seemed Los Ticos would look to grind out another win,

El Salvador roared back on 24 minutes, with Jaime Rodriguez scoring a brilliant long range strike from 25 yards out. Such a fantastic goal served to whip the 40,000 strong crowd into a frenzy and by half time the game was still in the balance.

However, the optimism of the crowd soon fell flat within a minute of the restart, when Gilberto Rhoden’s deflected effort looped over the keeper into the back of the net. Los Ticos doubled their lead five minutes later from a free kick when captain Roger Flores effortlessly swung the ball away from the keeper into the top corner.

To El Salvador’s credit, their heads never dropped, with their tenacity rewarded by Jose Maria Rivas pulling the score back to 3-2.

Hopes rose among the 40,000 strong crowd that a famous comeback might be on the cards, but such hopes were dashed by captain Roger Flores on 75 minutes who scored his second goal on 75 minutes to make it 4-2.

El Salvador’s fans soon displayed their ire, throwing missiles onto the pitch, so much so that Mexican referee Arturo Brizio Carter made the decision to abandon the game – with Costa Rica being awarded the win.

Victory for Costa Rica in San Salvador meant they were tantalizingly close to making history. A win in their final game at home to El Salvador on July 16th would clinch top spot in the CONCACAF Championship and qualification to the World Cup for the very first time.

However, the day before the game, Los Ticos were hit with news that star striker Evaristo Coronado injury forcing him to miss their final qualifier on July 16th. Losing the forward was a blow, as his aerial presence had proved effective in creating chances and scoring goals throughout the Championship.

His replacement for the game was Pastor Fernandez – much to the player’s surprise.

“Last night I wasn’t even among the substitutes,” Fernandez recollected to Costa Rica’s daily newspaper La Nacion. “The next morning Evaristo (Coronado) sickness occurred and Don Marvin (Rodríguez) made the decision to include me. It was the hand of God that intervened.”

The importance of what was at stake impacted on the quality of the game – cagey and tense. It remained goalless in the first half but that would change on 55 minutes.

Costa Rica had won a free kick on the right wing, with the ball lofted towards the near post. Pastor Fernandez, closely marshalled by his marker, leapt into the air before directing a header straight towards the goal into the bottom corner.

As Fernandez wheeled away in jubilation to be mobbed by his teammates, the roar of 25,000 joyous fans was plain to see, shaking the cameras broadcasting the game.

If Tab Ramos’ winner vs Trinidad & Tobago later that year (sealing USA’s passage to their first World Cup in 40 years) is known as “The Shot Heard Round The World” then Fernandez’s header was “The Roar Of San Jose” such was the fervor it produced from the San Jose crowd.

Costa Rica saw the rest of the game out and the full time whistle brought pandemonium in the stadium. Victory sealed Costa Rica’s qualification to the 1990 World Cup, topping the table ahead of fellow qualifiers USA.

Los Ticos now ventured into new ground – as they would have nearly 11 months to prepare for Italia ’90.

Yet the road to the 1990 World Cup would bring about shocks for players and coaching staff.