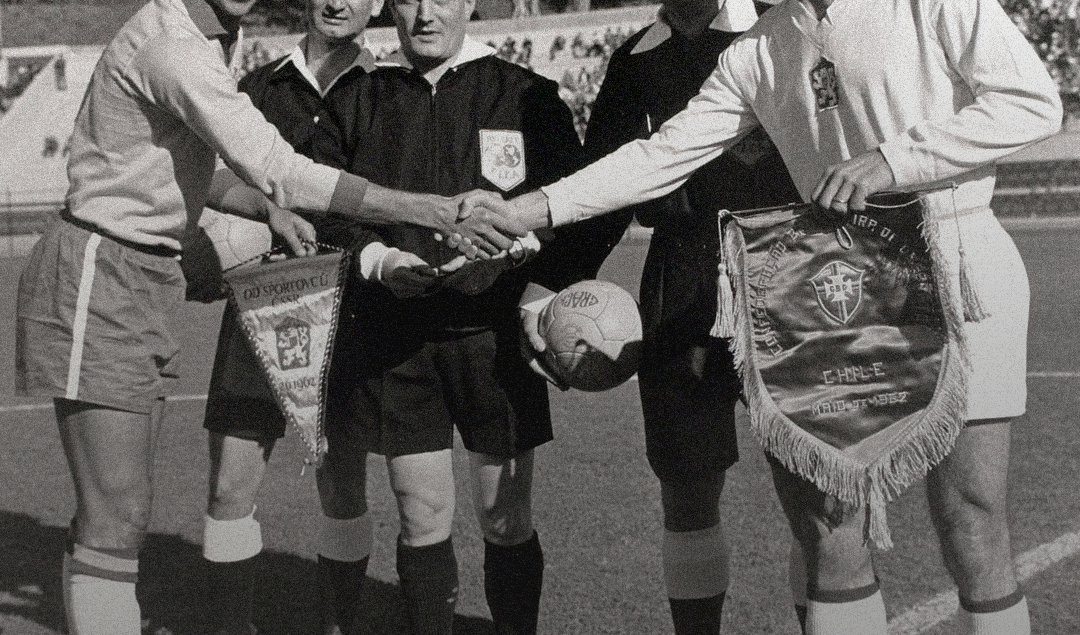 Since its inception in 1930, the FIFA World Cup has been rich with a plethora of Cinderella runs, underdog heroics, and undeterred dominance.

From the glory of Italy in the 1930s under Vittorio Pozzo, Uruguay’s triumph at the Maracana in 1950, the brilliance of Brazil in 1970, the tour de force of Diego Maradona in 1986 and culminating with the modern day triumph of the European nations in the last four tournaments. Yet the story of Czechoslovakia in the 1962 World Cup is a story that few speak of – a tale of how they stunned the world and made everyone take notice.

Czechoslovakia’s World Cup history prior to the 1962 World Cup had been one of ups and downs. They had reached the World Cup final in 1934, losing 2-1 to the hosts Italy after extra time, but had found little success in the post-World War II period. Failing to qualify for the 1950 World Cup, the Czechoslovakians crashed out of the group stages in 1954 and 1958.

As a result of that early exit in 1958, the Czechoslovak Football Association (ČSAF) appointed Rudolf Vytlačil as manager of the national team. The Austria-born coach began to mold the squad in his philosophy, and used Euro 1960 to improve his team ahead of the 1962 World Cup qualifiers. However, Czechoslovakia had to face Scotland in a playoff at a neutral venue, as both teams finished level on points in their qualifying group.

The game in Brussels on the 29th November 1962 was a high-scoring affair, with extra time being required, but Czechoslovakia prevailed 4-2 to qualify for the World Cup in Chile. 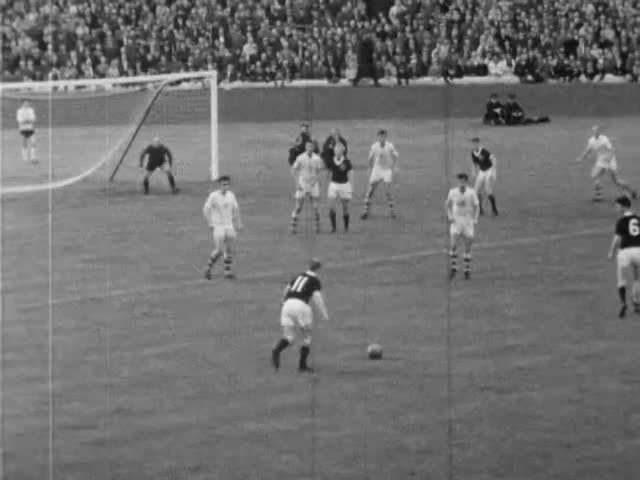 The draw for the group stages was not kind for Czechoslovakia – placed in Group 3 with the World Cup holders Brazil, Mexico and Spain. Nevertheless, Vytlačil prepared his squad for the upcoming tournament with tune-up friendlies, a 3-1 loss to Sweden in early April and a 3-1 victory against Uruguay a few weeks later.

The Czechoslovakians had their training camp in Italy, but performances against local teams in friendlies proved less than inspiring. This led to many observers ranking Czechoslovakia as perennial outsiders in the 16-team tournament, predicting them to go no further than the group stages like in 1954 and 1958.

Furthermore, the ČSAF limited the World Cup squad from 21 players to 18 to try and save money. They would later send over 3 additional players to Chile as the tournament progressed. Forward Adolf Scherer in December 2012 recollected the feeling in Czechoslovakia prior to the tournament:

“We went there as outsiders. Before that we lost three preparatory matches with second-league clubs in Italy and heard from fans and journalists at home: why do you actually go there when you don’t have a chance in the basic group with Brazilians, Spaniards and Mexico?”

The squad itself primarily consisted of players from Dukla Prague and Slovan Bratislava. Their strength came from the defence, captained by the veteran Ladislav Novák of Dukla Prague, as well as his fellow club teammates defensive midfielder Svatopluk Pluskal and Josef Masopust. Slovan Bratislava was also well-represented at the back with sweeper Ján Popluhár and goalkeeper Viliam Schrojf.

The five players mentioned above all played in the 1958 World Cup, with Novák, Pluskal and Schrojf featuring in the 1954 edition. They were the backbone of the side, each having more than 20 caps, with Novák on 59, Masopust with 44 and Pluskal on 38.

Though Czechoslovakia’s attack was far less experienced compared to their defence and midfield. It did not help that Rudolf Kucera, who starred in Dukla Prague’s run to the quarter finals of the 1961-62 European Cup, missed out because of injury.

Fortunately, Czechoslovakia did have a striker coming into excellent form, with Adolf Scherer topping the scoring charts for CH Bratislava with 24 goals in the 1961-62 Czech First League. In addition, there were also young talents under the age of 23 in Josef Jelínek, Václav Masek, Jozef Adamec and Jozef Štibrányi.

Their opening game would be against Spain on the 31st May at the coastal city of Vina del Mar. Under the stewardship of famed manager Helenio Herrera, Spain had a star-studded squad of players brimmed with talent.

The names read like a who’s who of footballers in the 1950s and early 60s – Luis del Sol, Alfredo Di Stéfano, Francisco Gento, Ferenc Puskás, Luis Suárez and captain Joan Segarra. Fortunately for Czechoslovakia, Di Stéfano had arrived in Chile injured and was unavailable for the opening game.

Vytlačil’s tactics were to array his players in a 4-2-4 formation and try to press their illustrious opponents. Spain would start the game on the front foot and nearly scored in the first few minutes when Puskás’ fierce long range strike was well parried by Schrojf. The Czechoslovakians would have a few half chances through Scherer, but failed to capitalise.

Under the pouring rain, the game was a full-bloodied affair, as tackles flew in from both sides. Though Vytlačil’s instructions for his players to press their opponents had worked, as Spain’s attack became blunted with Pluskal, Popluhár and Novák making several important tackles or clearances throughout the game.

Meanwhile, Schrojf had been a reassuring presence in goal despite becoming the target of rugged physicality from Spain’s Eulogio Martinez. This caused the ire of the Chilean crowd, leading them to cheer for the Czechoslovakians. The cries of Checos from the crowd is audible from the black and white match footage.

With 10 minutes to go, as the match was headed to a goalless draw, came the only goal of the game. Spain’s left back Severino Reija’s attempt to clear the ball near the center circle ricocheted off Jelínek and his inadvertent pass led to winger Jozef Štibrányi bearing down on goal. One on one with the Spanish goalkeeper Carmelo, the 22-year-old took one touch before striking the ball low past the keeper into the back of the net.

Punished by their mistake, Spain had no response to going behind, as Czechoslovakia even had a goal by Scherer disallowed for offside. When full time came, the joy among the players was clear to see, as they had upset the apple cart. 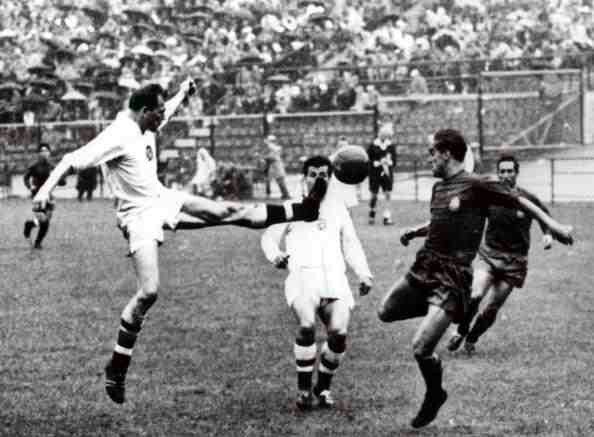 The hero of the day, Štibrány, kept a diary of his World Cup journey in Chile, as told in an excellent interview by Czech reporter Jan Kaliba in The Blizzard in 2017, with the Spartak Trnava winger writing of his winning goal:

I scored a goal after Jelínek’s pass to the centre, and from there I went alone to the goal and scored! I thought I wouldn’t survive. I held my hands up and screamed:” I have scored a goal, guys!” Hugging – they nearly smothered me. But enough; after everything this won’t disappear from my mind. I can never forget this!

Boosted by winning their opening game, Czechoslovakia’s next fixture was even more of a sterner test, facing the World Cup holders Brazil in Vina del Mar just two days later. Sweeping aside Mexico 2-0 in their opening game, the Seleção were in confident form.

Brazil started where they left off – on the attack. It did not take long for the game’s first chance, as Pelé slipped past Pluskal, but his shot was quickly smothered by Schrojf. The Czechoslovakians nearly conceded when Garrincha picked up the ball near the halfway line, skipped past Novak and went on a mazy run.

The defence backed away from the dangerous winger and allowed him to shoot from nearly 25 yards out. Garrincha’s low shot skidded along the glass and Schrojf was barely able to push the ball onto the post.

Czechoslovakia were under pressure from Brazil’s lethal attack, but the Seleção would suffer a major setback midway through the first half. After Pelé’s shot hit the post, the Brazilian limped heavily and fell to the ground. He had torn his thigh muscle yet bravely continued, knowing Brazil would be down to 10 men if he went off, as there were no substitutions at the time.

Affected by Pelé’s injury (that would end his participation in the tournament), Brazil couldn’t find a way past the resolute Czechoslovakians, who kept themselves organised and steadfast. The game ended 0-0, a result that suited Czechoslovakia, as Spain beat Mexico 1-0 due to a stoppage time winner.

The final group game pitted Czechoslovakia against Mexico on the 7th June in Vina del Mar. 24 hours earlier, Brazil had defeated Spain 2-1, which meant Czechoslovakia were assured of a place in the quarter finals.

Vytlačil’s players had the perfect start against Mexico. Cutting off a wayward pass, Masopust threaded a finely weighted pass to put Václav Masek through on goal, who slotted the ball past their captain Antonio Carbajal to score within 15 seconds. It was the fastest ever goal in a World Cup – a record that would not be surpassed for another 40 years. 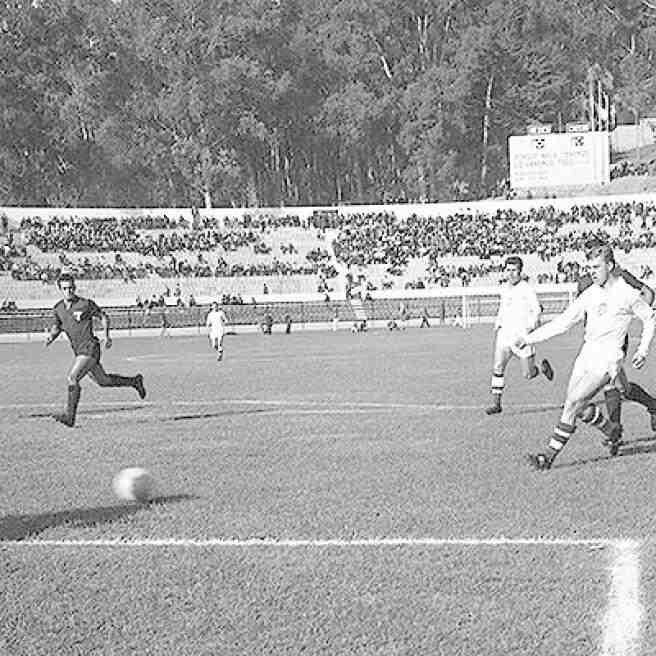 The Czechoslovakians nearly doubled their lead shortly afterwards, when Štibrányi was put through on goal on the right, but his shot was straight at Carbajal. The Mexicans quickly recovered from such a frantic start and equalised on 12 minutes.

Patient build-up play between forwards Héctor Hernández, Salvador Reyes and Alfredo del Águila led to Hernández crossing the ball low across the six yard box for Isidoro Diaz to score. Looking at the footage, there are strong grounds for offside, with the Czechoslovakians appealing furiously, but the goal stood.

Mexico then took the lead on 29 minutes through Czechoslovakia’s sloppiness. Masopust was dispossessed outside his own 18 yard box by del Águila, the Mexican outside right exchanging passes with a teammate, before entering the box and on the turn rifling a low shot past Schrojf into the bottom corner.

Czechoslovakia pressed for an equaliser throughout the game, to only concede a penalty just before the 90th minute, with right back Jan Lála penalised for handball. Hector Hernández converted made it 3-1 to give Mexico their very first World Cup victory.

Czechoslovakia’s progression to the quarter finals was a fillip to the players and Vytlačil. Those journalists and fans that had dismissed their chances now saw their side overcome the odds to reach the last eight. Despite this, losing to Mexico resulted in the squad travelling to Rancagua for their quarter, 123 miles southeast of Vina del Mar.

Their opponents would be yet another test – the Magic Magyars of Hungary.