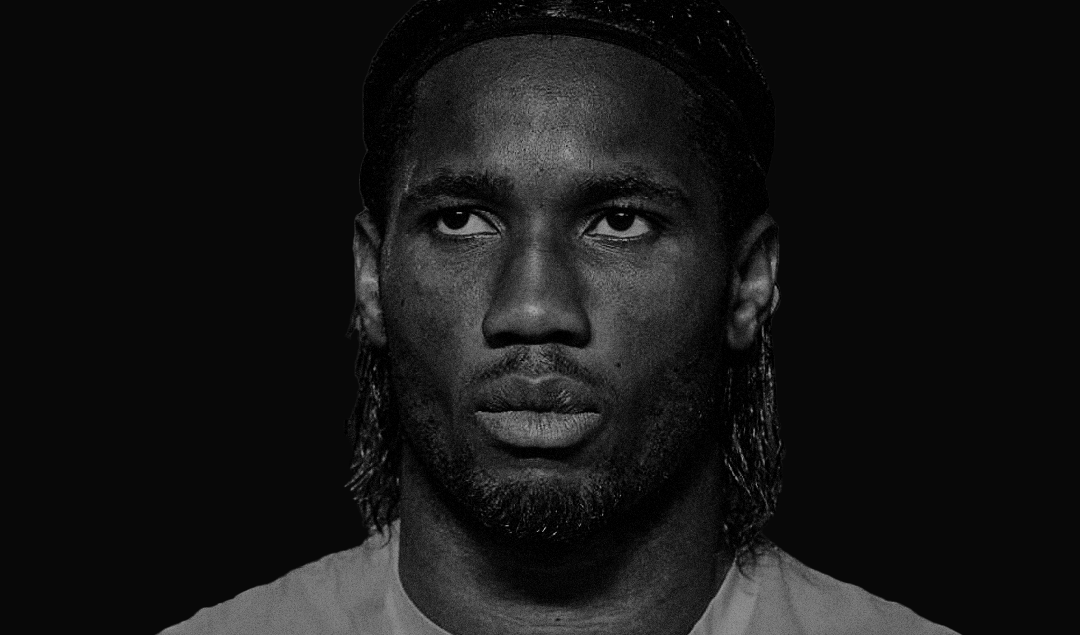 “We want to have fun, so stop firing your guns” – one team’s plea to a nation.


African Footballer of the Year on two occasions. Champions League victor and four-time Premier League champion. Didier Drogba’s career has been filled with unforgettable trophies and goals, but his proudest moment came in a tiny changing room in the Al-Merrikh stadium. 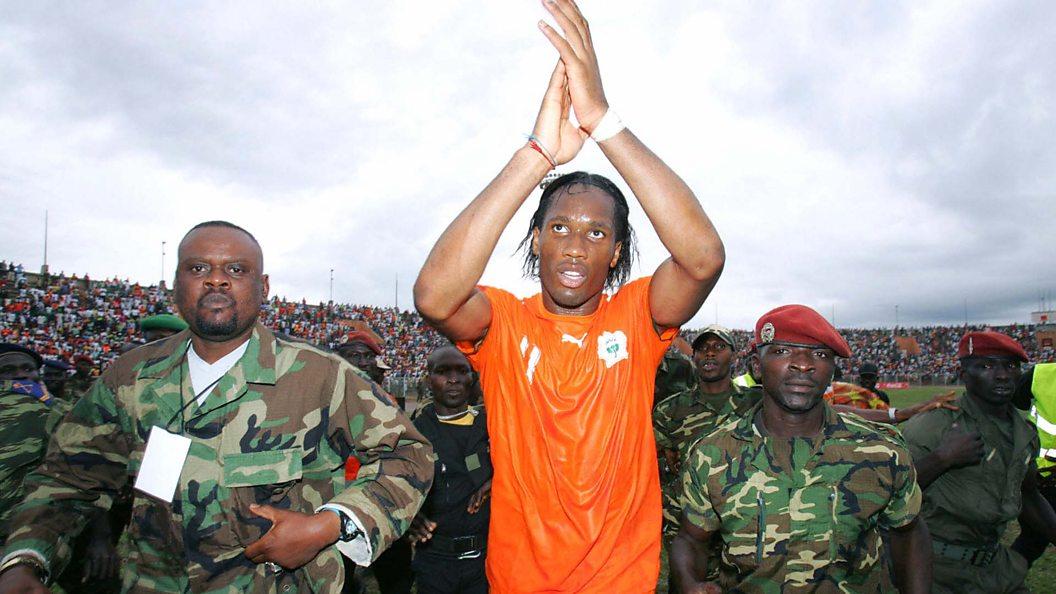 
Sudan, 2005. Ivory Coast’s talisman and his teammates romp to a 3-1 victory in their final World Cup qualifier. Instead of celebrations, however, all eyes turn to the only obstacle in the way of qualification to the biggest competition in world football; Cameroon defender Pierre Womè.

Ivory Coast sit only one point ahead of Cameroon at the top of the group, with the latter currently being held 1-1 at home to Egypt. The hopes of an 18 million strong, football-mad West African nation lay at the feet of Cameroon’s left-back.

The group of death, group 3, boils down to one man’s nerve from the penalty spot in the dying embers of the game. Pierre Womè’s 95th minute attempt from twelve yards beats Egypt goalkeeper Essam El-Hadary, sending him the wrong way.

Fortunately for Ivory Coast, the ball careens off the post on the righthand side of the now unguarded net. Womè’s failure to hit the target sends Cameroon’s hopes of a sixth World Cup appearance crashing down.

Didier Drogba and Ivory Coast will be heading to the first FIFA World Cup competition in their 45-year history. A feat of such footballing magnitude, undoubtedly prompting sweeping, rapturous celebrations across a nation.

Ivory Coast are currently in the clutches of civil war that has left 3,000 people dead and a further one million displaced from their homes. The fighting had begun in 2002, two years before José Mourinho’s Chelsea paid Marseille a club record £24 million fee for the brutish striker. 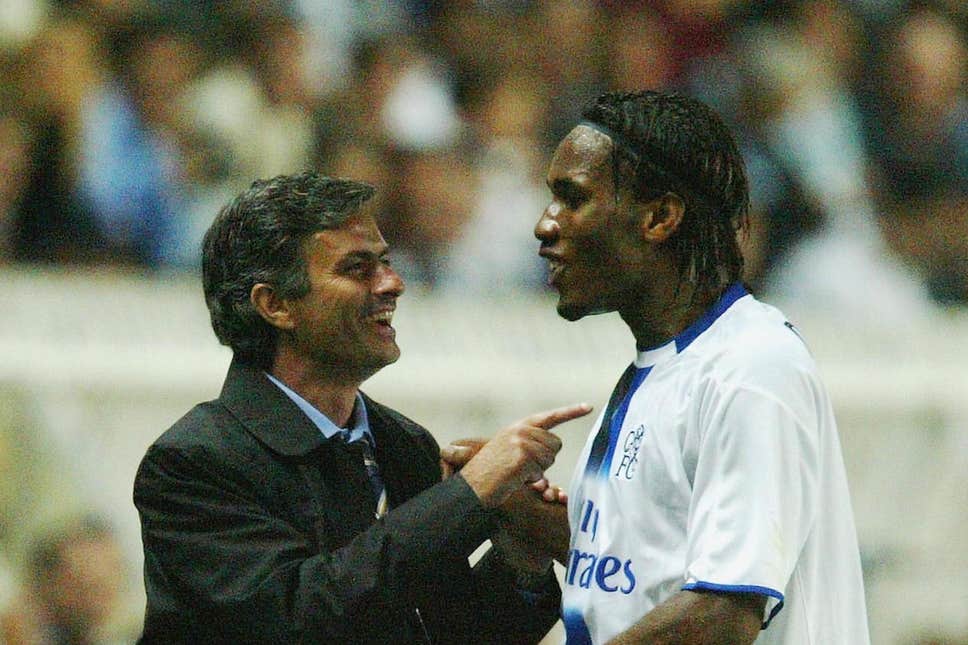 “Drogba is a fighter, he is the kind of player I would say ‘with you I could go to every war’”-José Mourinho.

Amidst the triumphant celebrations in Sudan, Les Éléphants captain Cyril Domoraud invites a media crew into Al-Merrikh’s away changing room. A camera approaches Drogba in an orchestrated fashion, who is now the focal point of the grainy camera shot alongside his teammates…

“Men and Women of Ivory Coast from the north, south, centre and west. We proved today that all Ivorians can co-exist, and play together with a shared aim, to qualify for the World Cup. We promised you that the celebrations would unite the people. Today, we beg you on our knees.”

In unison, all players in view drop to their knees;

“… Forgive! Forgive! Forgive! The one country in Africa with so many riches must not descend into war. Please lay down your weapons. Hold elections. All will be better. We want to have fun, so stop firing your guns.” 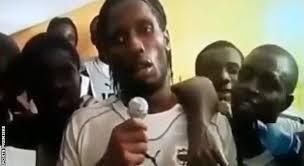 Drogba’s plea reverberated around a fractured nation and kickstarted change. Football became the answer to a question mired in bloodshed and uncertainty. The rebel side in the north and the government-backed side in the south did in fact lay down their weapons.

The roots of the civil war

Félix Houphouët-Boigny was the first president of Ivory Coast, from its independence in 1960 to his death in 1993. Houphouët-Boigny steered his country through a time which oversaw great economic prosperity, dissimilar to neighbouring countries throughout Africa.

This was dubbed the ‘Ivorian Miracle,’ as the country focused on its developing coffee and cocoa industries, alongside the upkeep of their strong ties with the western world.

The death of the first Ivorian President thrust the nation into uncharted waters and gave way to competitive elections for the seat for the first time. Fast forward to the millennium, and racial tensions in Ivory Coast were at an all-time high.

Houphouët-Boigny championed the rights of African foreigners and acknowledged their citizenship and right to vote during his time in office. His actions were viewed with scepticism, and many believed this was to harness votes from the 26% non-Ivorian community.

The influx of primarily African Muslims at a time where Ivory Coast as an independent nation was flourishing, brought a racial and religious divide between the North and South of the country.

In 2000, a referendum was hurried through government just before elections were due to take place. A law within the referendum stated that a presidential candidate’s parents must both be born in Ivory Coast to be eligible for office. Uproar ensued as presidential candidate Allasane Ouattarra, who represented the Muslim and immigrant heavy north, was excluded from running.

The referendum, alongside the entrenched underlying tensions throughout the country, led to the start of conflict in 2002. Defecting soldiers from the army championed the civil war movement by planning and carrying out attacks throughout the country. The soldiers, most of whom had originated from the north, quickly took control of the northern region thanks to their extensive arsenal. 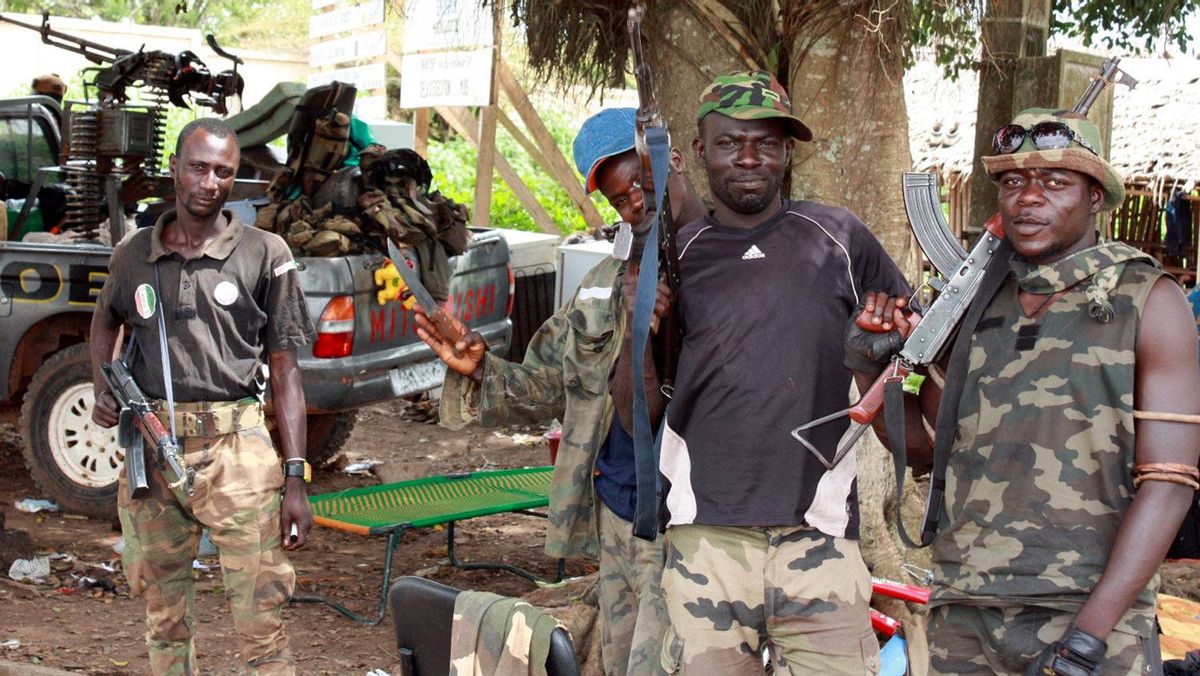 On the first night of the uprising, in the coastal south-eastern capital city of Abidjan, the president of Ivory Coast was murdered. Robert Guéï, the third president of Côte d’Ivoire was brutally murdered alongside his wife and children.

Four years later, Les Éléphants would go on to play out a short-lived FIFA World Cup 2006 campaign in Germany. Drogba scored Ivory Coast’s first ever World Cup goal as they failed to emerge from the group stages. A 2-1 loss to both Argentina and Netherlands, before claiming a 2-1 victory against Serbia and Montenegro, saw them return to Africa with only three points to their name.

In footballing terms, Ivory Coast returned home empty-handed from their debut World Cup. The ceasefire and the 2007 peace agreement signed the following year, however, would overshadow any exploits on the pitch in Germany. 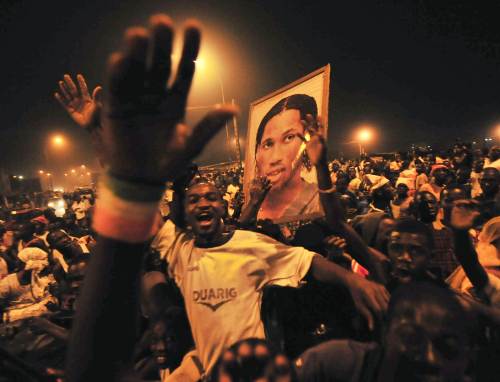 Pierre Womè, the defender who missed the stoppage-time penalty for Cameroon, is said to have convinced Barcelona’s Samuel Eto’o that he should instead take the deciding spot-kick. Eto’o publicly claimed that Womè was supremely confident of dispatching the penalty, a statement which the former Fulham man later denied. Either way, it was a decision which changed the course of Ivorian history.