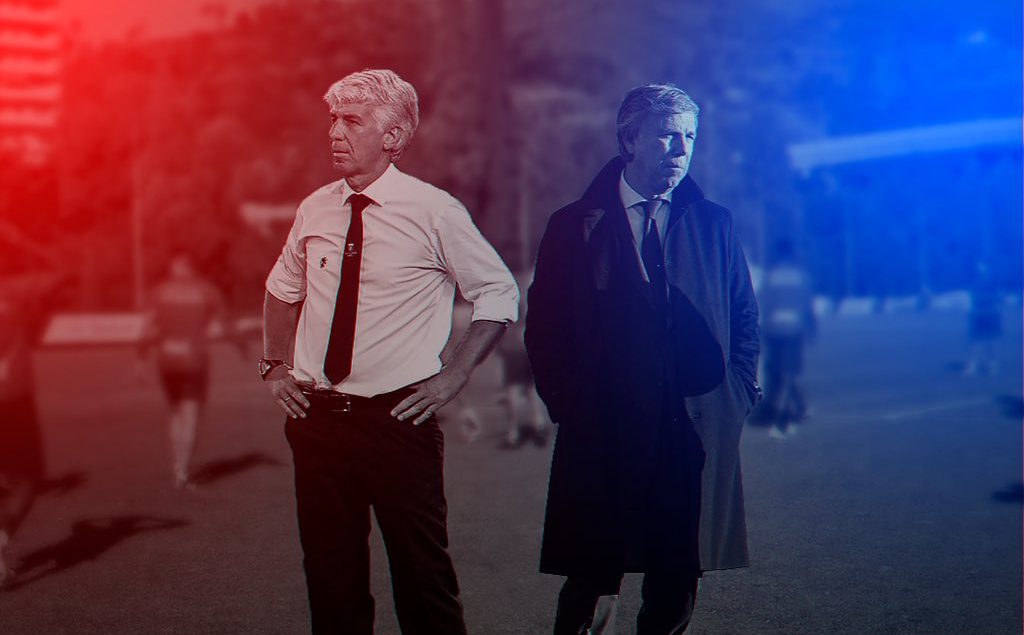 Italian football has had its fair share of eccentric club presidents throughout its history, whether it be for their personality, the manner they ran their clubs, or bizarre habits that they fostered.

Along with the likes of Maurizio Zamparini at Venezia and then Palermo, and Massimo Cellino, firstly at Cagliari and now at Brescia, Genoa president Enrico Preziosi has been one of the most infamous club patrons in the last two decades.

After presiding over Como’s rise to Serie A, he was soon forced out due to financial wrongdoing. In need of a new project, Avellino-born businessman acquired Genoa in 2003 and he has made some controversial decisions and moves in the 16 years that he has been running the club.

Despite the negativity surrounding his reign of Italy’s oldest football club, the Rossoblu have been able to discover some fantastic footballers since he has gained control of the club. Like crosstown rivals Sampdoria, Il Vecchio Balordo (the old fool) has succeeding at buying players at low costs and selling them for huge profits.

Early in Preziosi’s reign at Genoa, the club signed Argentinian centre-forward Diego Milito from Racing Club in the winter of 2004 for an undisclosed fee, and he scored 33 goals in 59 Serie B appearances.

Unfortunately for the Argentine striker and his teammates, Preziosi had paid his Venezia counterpart Franco Dal Cin €250,000 to throw away their last game of the campaign, which the Genoese side won 3-2, and the Rossoblu were relegated to Serie C1 after the 2004/05 season despite finishing on top of the Serie B table.

Spanish club Real Zaragoza signed Milito on loan for €2 million in the summer of 2005 and bought him outright for €5 million a year later. After scoring 53 goals in 108 La Liga games, Genoa paid €13 million to bring him back to the team for the 2008/09 season and he scored 24 times in 31 Serie A matches, prompting Inter to purchase him for €25 million at the end of the campaign.

The Nerazzurri also acquired Milito’s Italo-Brazilian teammate Thiago Motta, who played for the Grifone for the one season. After battling with injuries at Spanish clubs Barcelona and Atlético Madrid, he was signed as a free agent in September 2008 and went on to play a starring role in central midfield under manager Gian Piero Gasperini, convincing the northern Italian giants to sign him for €10.2 million.

When Preziosi was asked about his best signings in September 2018, he named the two South Americans that he sold to Inter and played fundamental roles in winning the tripletta or treble with the Biscione in 2009/10.

“He was injured, no-one wanted him and even all my collaborators advised me against signing him.

“They told me I was stupid and that I was making a mistake, which I could regret bitterly. I signed him anyway and you saw how it panned out.”

Those two were replaced by another South American in the summer of 2009. Boca Juniors forward Rodrigo Palacio was signed for €5 million and went on to score 35 goals in 90 Serie A matches, including 19 strikes in the 2011/12 season. Known for his distinctive rat-tail haircut as well as his attacking exploits, he too was sold to Inter for €10 million.

Gasperini and his attacking 3-4-3 formation brought the best out of the players available to him, most of them acquired by sporting director Stefano Capozucca from 2004 until 2012. From June 2006 until November 2010, the Torinese tactician earned promotion from Serie B, qualified for the UEFA Cup, and won three consecutive Derby della Lanterna clashes against Sampdoria, but he was sacked by Preziosi after a poor start to the 2010/11 Serie A campaign.

Since his sacking, Genoa hired a plethora of coaches and avoided relegation on a couple of occasions, but the Rossoblu re-hired him in September 2013 to replace Fabio Liverani as head coach. Not only did Gasperini have a clear coaching philosophy, but an impressive track record of developing and improving players as well.

Argentine winger Diego Perotti was signed from Spanish club Sevilla in 2014 for a paltry €400,000 and he was fundamental in their sixth-place finish in the 2014/15 Serie A campaign, playing 27 times, scoring four goals, and providing six assists. Gasperini tried him a few times on the right-wing but he was clearly at his best on the left flank.

Normally this would have resulted in Genoa reaching the qualifying rounds of the Europa League, but Preziosi failed to obtain a UEFA licence and local rivals Sampdoria, who finished seventh, took their place. Perotti remained at Il Vecchio Balordo until the winter of 2016, when Roma signed him on loan for €1 million. After impressing for the Giallorossi, he was kept in Rome permanently for €9 million.

Gasperini left at the end of the 2015/16 season and he has persisted with his methods at Atalanta, qualifying for Europe and unearthing more gems at the Bergamo club. Genoa still persisted with its transfer policy without him, and the next star player out the door was goalkeeper Mattia Perin.

The Latina native joined the Genoa Primavera from the Pistoiese youth team in 2008 for approximately €400,000 and 10 years later, he was sold to Juventus for €12 million plus bonuses. He impressed in loan spells at Padova and Pescara before establishing himself as the Rossoblu #1 and becoming a regular squad member for the the Italian national team.

Undoubtedly the most incredible of Genoa’s recent discoveries is Polish striker Krzysztof Piątek, who was acquired from KS Cracovia for a reported figure of €4.5 million in June 2018 after he finished third in the goalscoring chart in the Ekstraklasa for the 2017/18 campaign.

Arriving in Italy with little fanfare, his start in Italian football was nothing short of remarkable. He scored all four goals in Genoa’s victory against Lecce in the Coppa Italia on debut in August, and then he scored a phenomenal nine goals in his first seven Serie A appearances.

“I paid €4.5m for him, and you’ll see how much he’ll be worth in a couple of years, but he’s not alone in attack. [Andrea] Favilli and [Christian] Kouamé also represent our future,” Preziosi told Corriere dello Sport in September 2018.

His meteoric rise drew the attention of some of Europe’s major clubs and AC Milan purchased him for €35 million in January this year. After scoring 19 times in just 21 matches for the Grifone, he has continued his sensational run of form with the Rossoneri, adding another eight goals in 10 competitive appearances, and he has also scored twice in four appearances for Poland’s senior squad.

A former Grifone teammate of his that will probably be sold at the end of the campaign is young Argentine defender Cristian Romero, who was signed from Belgrano for €1.7 million. He has played 19 times during the 2018/19 Serie A season and he plays in a tenacious manner like his compatriot and ex-Rossoblu centre-back Nicolás Burdisso.

It is a familiar cycle at Genoa. Aside from Gasperini, most coaches have short career spans at the club and even Gasp experienced the sack. Players too go through a revolving door, entering the squad for a short time and leave once they blossom.

Volatility will likely remain at the club while Preziosi is in charge but talented players will also be discovered and be able to make their career breakthroughs.