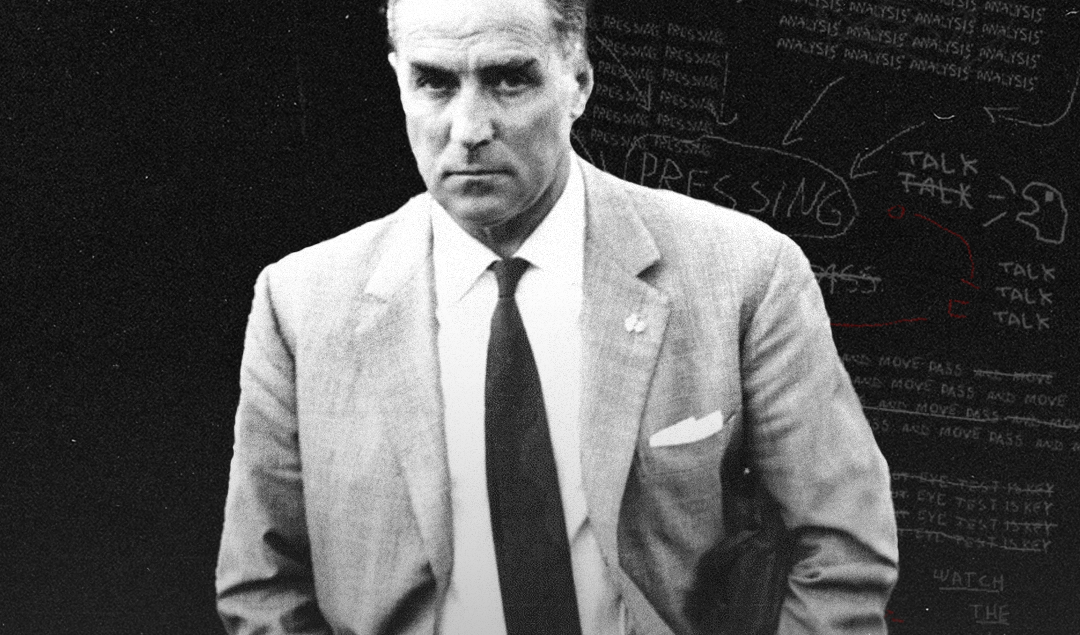 Italy’s failure to qualify for the 2018 World Cup under the ill-fated tenure of Gian Piero Ventura is something many Italian football fans won’t forget. Yet it was not the first time they felt the bitter pain of missing out on the world’s premier tournament. That came on a wintry day in January 1958.

Qualifying for the 1958 World Cup was a tightly streamlined affair in Europe with nine groups of 3 teams each. Each team would play their group opponents twice and the winners of each group qualified for the tournament in Sweden. Wales would finish second in their group but benefited from a FIFA ruling, which is a story for another day.

Italy were placed in Group 8 with Northern Ireland and Portugal. The Azzurri were seen as favourites to qualify and for good reason. Coached by Alfredo Foni since 1954, Italy had a litany of stars such as Fiorentina’s defender Sergio Cervato, alongside midfielders Armando Segato, Giuseppe Chiappella, and Miguel Montuori. Furthermore, Foni made good use of the lax dual nationality rules by selecting 1950 World Cup winners (for Uruguay) Alcides Ghiggia and Juan Alberto Schiaffino to provide creativity.

However, despite Italy’s array of star-studded talent, the group was keenly poised heading into the last two games in December 1957. Northern Ireland were tied on three points with Portugal and Italy were bottom with two. The Azzurri’s penultimate game was against Northern Ireland in Belfast and then at home to Portugal three weeks later.

With two points for a win, Northern Ireland under long-serving manager Peter Doherty needed a win, while Italy required at least three points from a possible four to qualify for the World Cup. The Azzurri were confident of victory, as they had defeated Northern Ireland 1-0 in the reverse fixture back in April. 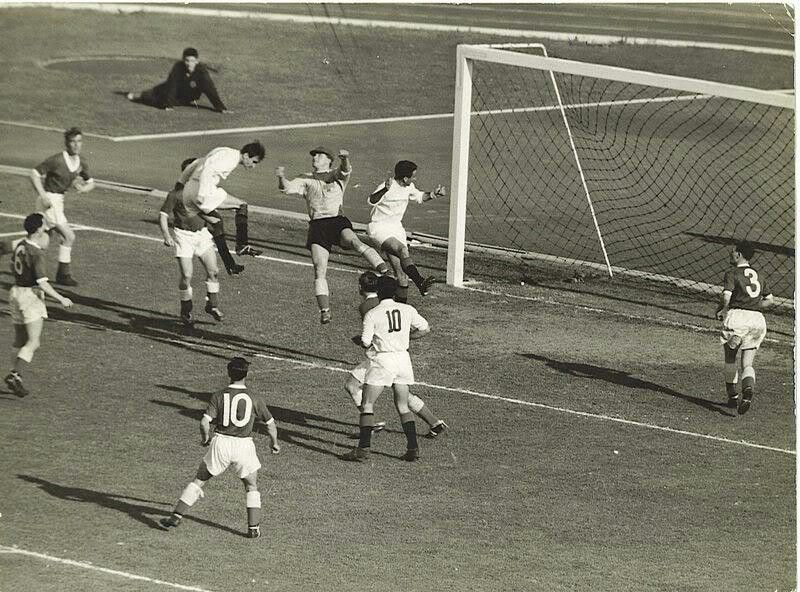 However, Northern Ireland were a team in form, impressively beating England 3-2 at Wembley just a month earlier. Doherty had built a side with a backbone of talent – goalkeeper Harry Gregg (who had recently signed for Manchester United), Leeds United’s Wilbur Cush (who could play in defence and as a forward), the creative intelligence and footwork of Burnley’s Jimmy McIlroy, outside-right Billy Bingham (who would be a legend for his country as coach in the 1980s), Peter McParland – who scored twice against Manchester United in the 1957 FA Cup to give Aston Villa their first major trophy for 37 years.

Northern Ireland were captained by Danny Blanchflower at right half (with his brother Jackie also in the squad), who was an inspirational presence with his passing, ability to control the tempo of a game, and leadership skills. Northern Ireland’s victory in Wembley had prompted Foni to select a strong side that included Schiaffino and Ghiggia. The game at Belfast’s Windsor Park on the 4th December was keenly anticipated, but things would take a bizarre turn.

Because of heavy fog in London the day before the match, it meant Hungarian referee István Zsolt was grounded in England. The Irish FA prepared English referee Arthur Ellis to arrive by boat via Stranraer as a contingency, but this was vetoed by Ottorino Barassi, head of the (FIGC) Italian Football Federation.

As the game approached, with up to 35,000 fans flocking to Windsor Park, Zsolt was unable to arrive in time and Barassi did not want any other referee apart from the FIFA appointed Hungarian referee. This led to a surreal scene at the Old Midland Hotel, where a compromise was made by reducing the game from a World Cup qualifier to a friendly and rearranging the qualifier to January 15th.

The friendly played on December 4th would be known as the Battle Of Belfast – a brutal game where punches were thrown and tackles were made with reckless abandon. The mood of the fans at Windsor Park was restless, especially when news of the game being changed from a World Cup qualifier to a friendly had been announced to spectators just minutes before kick-off.

So furious was the crowd’s ire, they invaded the pitch at the end of the game to attack those Italian players who had been wild in their tackles, most notably centre-half Rino Ferrario. Police had to charge into the crowd. Danny Blanchflower selflessly made sure his players escorted their Italian opponents off the field. As Billy Bingham would recollect to the Daily Mail in October 2010:

“At the end the fans came on to the pitch. It was certainly dangerous, I’d have to say that. We were full of trepidation about that happening and we took the Italian players off ourselves to keep people away. There’s a tunnel at Windsor and we got the Italians to it. They got to their dressing room safely. Then some people tried to gatecrash it.”

Ironically, the game finished in an entertaining 2-2 draw, but the game left an icy relationship between the two countries and even became a talking point in the Italian Parliament. Italy then focused on their next World Cup qualifier against Portugal and easily beat their opponents 3-0 in Milan. The win meant the Azzurri only needed a draw against Northern Ireland to reach the World Cup.

The Hungarian referee Zsolt arrived in Belfast three days early to avoid the events of last month and extra police was brought in to reinforce security. But the memory of the “Battle Of Belfast” hung heavy on some of the Italian players when the game kicked off. Crucially, it would show in their performance, as the Azzurri weren’t as full-blooded in their physicality. Northern Ireland sensed this and decisively capitalised in the first 30 minutes of the game.

Italy went a goal down on 13 minutes after Jimmy McIlroy received William Simpson’s layoff just outside the box and brilliantly lashed a fierce shot past Ottavio Bugatti. Northern Ireland doubled their lead 15 minutes later when a ball over the top put Wilbur Cash through on goal. Bugatti saved Cash’s first shot but was powerless to stop the rebound. As the second half progressed, the Italians tried to find a way back into the game, hitting the woodwork. Yet the Azzurri would find a way back into the game on 56 minutes through good fortune. 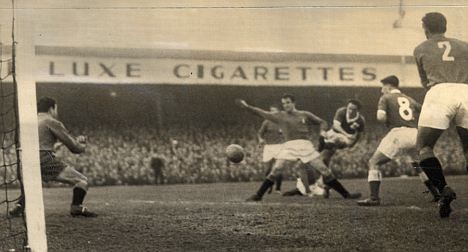 As the ball was played to the right to Miguel Montuori, the talented Fiorentina midfielder crossed the ball into the box. Dino Da Costa could only loop the ball into the area, which seemed to be an easy take for goalkeeper Norman Uprichard, playing ahead of Harry Gregg. However, Uprichard spilled the ball and Da Costa gleefully bundled the ball into the net. However, any hope of Italy finding the equaliser needed to qualify for the World Cup was extinguished, as Alcides Ghiggia was sent off for an off the ball incident with left back Alf McMichael.

With Italy down to 10 men, Northern Ireland easily navigated the rest of the game, even having a third goal disallowed for offside. Full time brought the stark realisation that Italy, two-time winners of the World Cup, had failed to qualify for the 1958 World Cup. Jubilation rippled across Northern Ireland at reaching the tournament for the very first time and many of their players under Doherty would go down in folklore in Sweden for reaching the quarter-finals.

However, the reaction in Italy was unforgiving at the Azzurri’s failure in Belfast, especially with their squad containing ex-World Cup winners in Ghiggia and Schiaffino – not to mention Fiorentina players that six months earlier had played in the European Cup final. Foni and Barassi bore the brunt of the disastrous qualifying campaign – Foni was relieved of duties as manager and so was Barassi as head of the FIGC. Furthermore, Ghiggia and Schiaffino never played for Italy again.

The Azzurri would learn from the failure at Belfast, albeit suffer painful memories in the 1962 and 1966 World Cups, winning the tournament a further two times and becoming a powerhouse of European football in the 20th and the first decade of the 21st Century.

However, when Italy failed to qualify for the 2018 World Cup by losing to Sweden in the playoffs, the old memories of Belfast resurfaced and Gian Piero Ventura faced the same path as Alfredo Foni. History has a canny way of repeating itself.