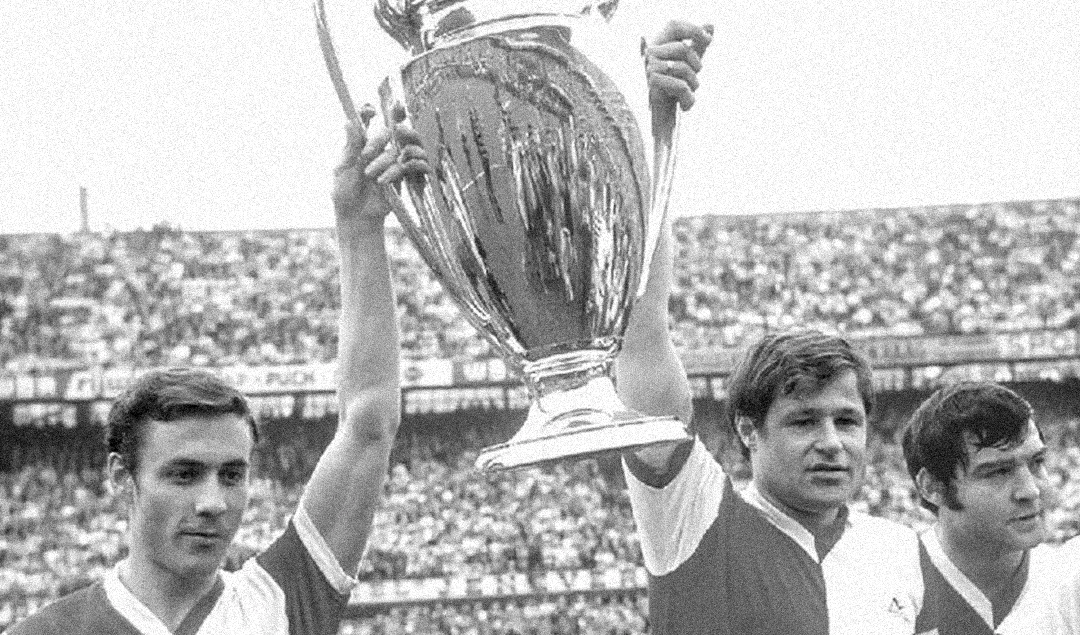 Historical
Feyenoord’s somewhat unexpected triumph in the 1970 edition of the European Cup was a watershed moment for Dutch football in general, and the country’s club football in particular.

For the next few years the Dutch dominance continued with an impressive total of five European trophies in as many seasons, and peaked with the Netherlands’ national side reaching the final of the FIFA World Cup in 1974, and redefining world football in more ways than one.

No club has had as much impact on Dutch football as Ajax. The Amsterdam-based side is not only the most successful club in the history of Dutch football, but also the early exponents of the defining Totaalvoetbal (Total Football) strategy that has served the Netherlands national team so well over the years.

In 1969, Ajax became the first Dutch club to make it to the final of the European Cup, the precursor to the Champions League. However, the Amsterdammers’ charge to the title came to a screeching halt at the Santiago Bernabéu, when they were comprehensively outplayed by a strong AC Milan side. 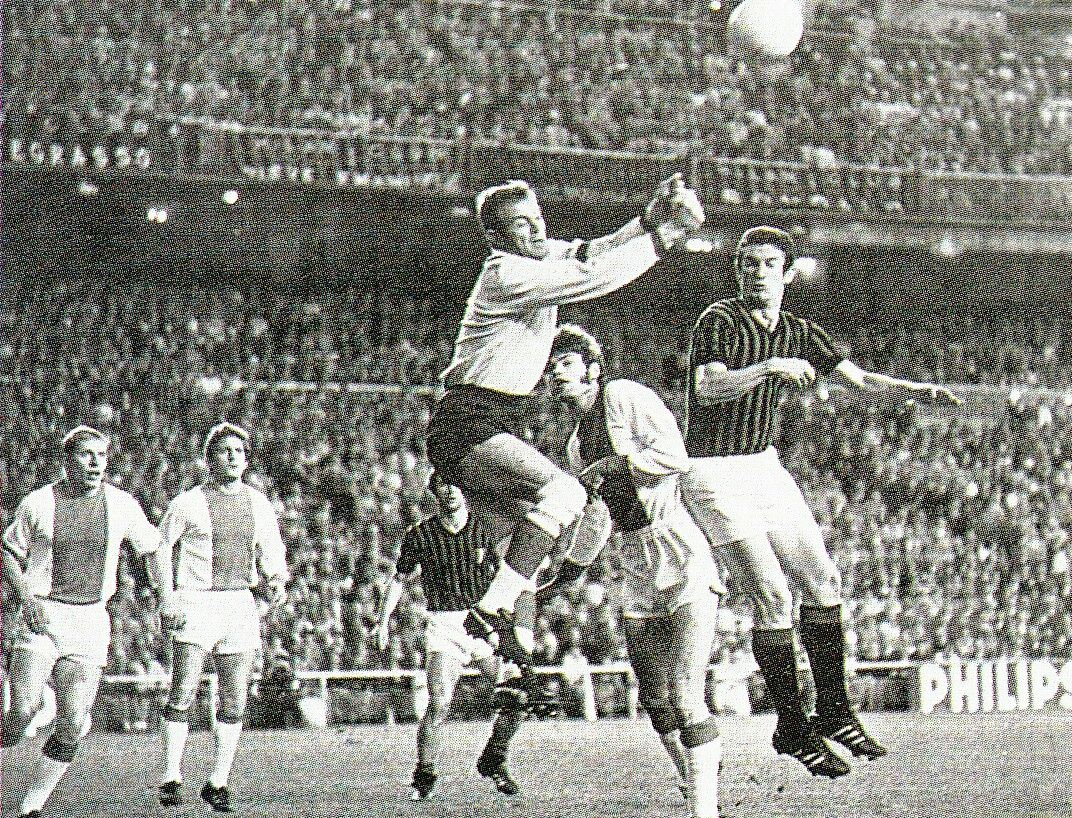 Their impressive run to the Final notwithstanding, Ajax failed to win the domestic title that season. That trophy and the opportunity to represent the Eredivisie in Europe in the following season went to their arch rivals from Rotterdam. Unlike Ajax in the year prior, Feyenoord made the most of it.

The De Kuip outfit had appointed a relatively lesser known manager in Ernst Happel ahead of the new season, and began their European campaign with an emphatic 16-2 aggregate win over Icelandic side Knattspyrnufelag Reykjavik.

In the second round of the competition, the club from Rotterdam caused a major upset, arguably the biggest of that season, by taking out the defending champions. A Nestor Combin goal had secured Milan a slender win at the San Siro.

However, at home, Feyenoord was a difficult proposition altogether. Club legends Wim Jansen and Willem van Hanegem scored on either side of half time to overturn the deficit and sent Nereo Rocco’s side out of the competition.

The quarter-final followed a similar pattern. Feyenoord lost away at Vorwärts Berlin (now FC Frankfurt) before winning the return leg comfortably, thanks to goals from Ove Kindvall and Henk Wery. The 2-1 aggregate win set up a semi-final against Polish champions Legia Warsaw.

It was Feyenoord’s second foray to the last four of the European Cup – having become the first Dutch club to reach the semi-finals of the competition in 1963. After the first leg in Warsaw ended in a stalemate, the Rotterdam side again made their home advantage count, goals from Van Hanegem and Franz Hasil ensuring them a place in the final for the first (and so far only) time ever. 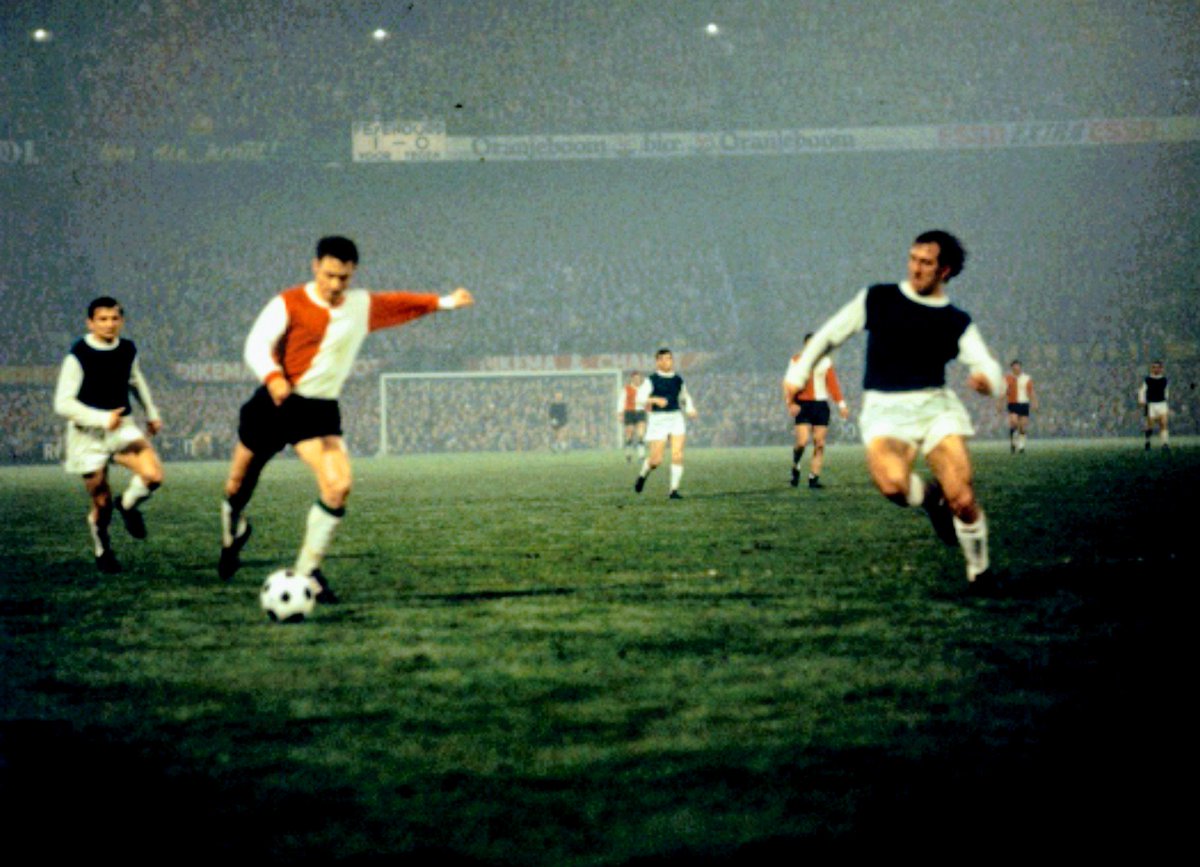 Having lost at the San Siro earlier in the season, Feyenoord would be heading back to the venue, for what was the season’s most important match. To add fuel to the fire, Happel’s squad even recorded a song for the final. Played on the radio, and round the clock in Rotterdam’s many bars, it was dubbed The Feyenoord Song.

However, De Trots van Zuid were not the favorites to lift the the title. Despite having a coherent side consisting of the likes of Van Hanegem, Kindvall, Jansen, Hasil, Coen Moulijn, and led by the ever-dependable Rinus Israel, Feyenoord were considered the underdogs.

That pre-match favorites were Celtic. The Scottish side had won the competition just three years prior, beating Internazionale in the final. In fact, seven players who helped Celtic win that game in Lisbon would be in the starting line-up for the 1970 final. The Glasgow side had made its way through a difficult draw, beating three clubs that had tasted European success before (at various levels) en route to Milan. With Manchester City having won the UEFA Cup Winners Cup and Arsenal emerging triumphant in the Inter-Cities Fairs Cup, the Bhoys were expected to complete a hat-trick of European trophies for British clubs.

In fact, Celtic’s 3-1 aggregate semi-final win over Leeds was the marquee contest, with the West Yorkshire side favored ahead of the tie, having previously set a record new points total (67 in 42 games) en route to a maiden English First Division title. Following wins in both legs of the semi-final tie, Stein, who watched Feyenoord draw Ajax 3-3 in the league, was confidence personified ahead of the final.

“Feyenoord have not the calibre, the fitness or the fight of Leeds. A quick goal and we should do it. The one big danger to us is ourselves. If Jimmy Johnstone in particular is on song we shall win.”

There were doubts if the game would proceed as scheduled, following nationwide strike by service providers in Italy. However, frenetic last minute negotiations meant the game was eventually played.

The meticulous Happel had done his homework well. The Austrian, having flown in to watch Celtic’s final league match of the season against St Mirren, had set up his side in such a manner that the Scots would struggle to find an inch of breathing room.

Not only was the Johnstone threat negated – whenever the Scots had the ball three to four Dutch players would swarm the deft winger – but the Feyenoord midfield triumvirate of Hasil, Jansen and Van Hanegem had the upper hand over their Scottish counterparts.

So prepared were the Dutch that even when the Scots took the lead – through Tommy Gemmell – it took their opponents only a couple of minutes to find an equalizer (scored by Israel). 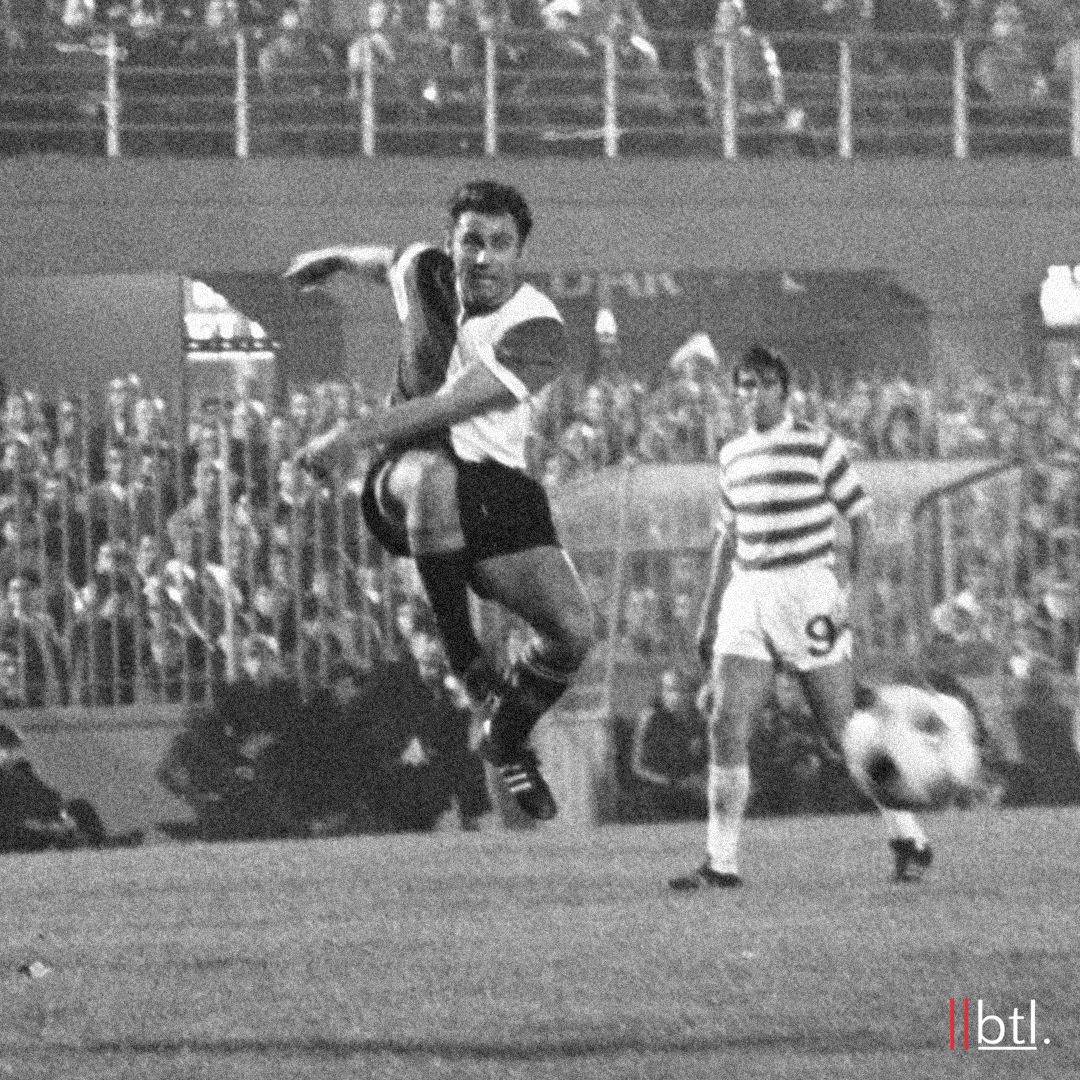 The Rotterdammers dominated play from then on and always looked the team likely to score. With the game creeping into extra time, the Scots seemed content with a replay, whilst Feyenoord desperately looked for the winner.

Their prayers were answered three minutes from time, courtesy of Kindvall. The last-gasp goal caught Celtic completely off guard. Worse still, there was no time to recover. Feyenoord had become the first club from the Netherlands to be crowned champions of Europe.

“We deserved to win. We had more chances,” said Happel, in what was a succinct summation of the final result.

It was a watershed moment for Dutch football in general, and the country’s club football in particular. For the next half a decade, the Dutch dominance continued with Ajax winning a hat-trick of European Cup titles whilst Feyenoord in 1974 achieved another first –becoming the first Eredivisie side to win the UEFA Cup. For those keeping track at home, that’s five European trophies in five seasons. 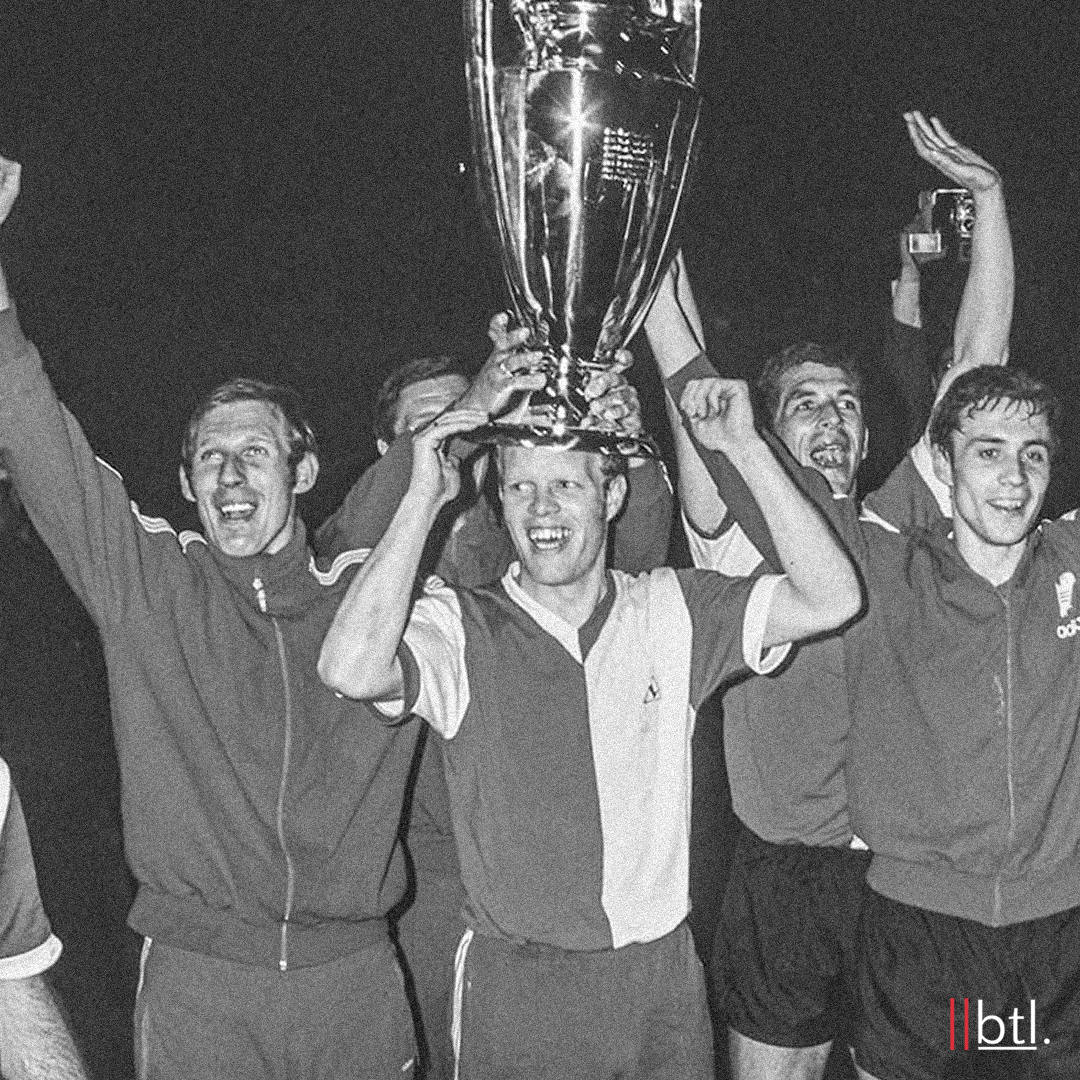 The two clubs combined to form the core of Dutch national side that reached the final of the FIFA World Cup in 1974, and redefined world football in more ways than one.

It has been 50 years to that triumph in San Siro. Feyenoord has since lost considerable ground, not just at the European level but also in Dutch football per se. The club has never managed to reach another European Cup final, let alone win. Its record in the Champions League era is even worse.

However, the Rotterdam side has added another UEFA Cup to its resume, with Bert van Marwijk mentoring a team composed of Jon Dahl Tomasson, Pierre van Hooijdonk and a young Robin van Persie to a 3-2 win over Borussia Dortmund in in the 2002 Final. Since that surprise result, achieved on Feyenoord’s home turf, no Eredivisie club has managed to win a European trophy.

It is albeit mere coincidence that the first Dutch club to win a premier title in Europe also remains the last.