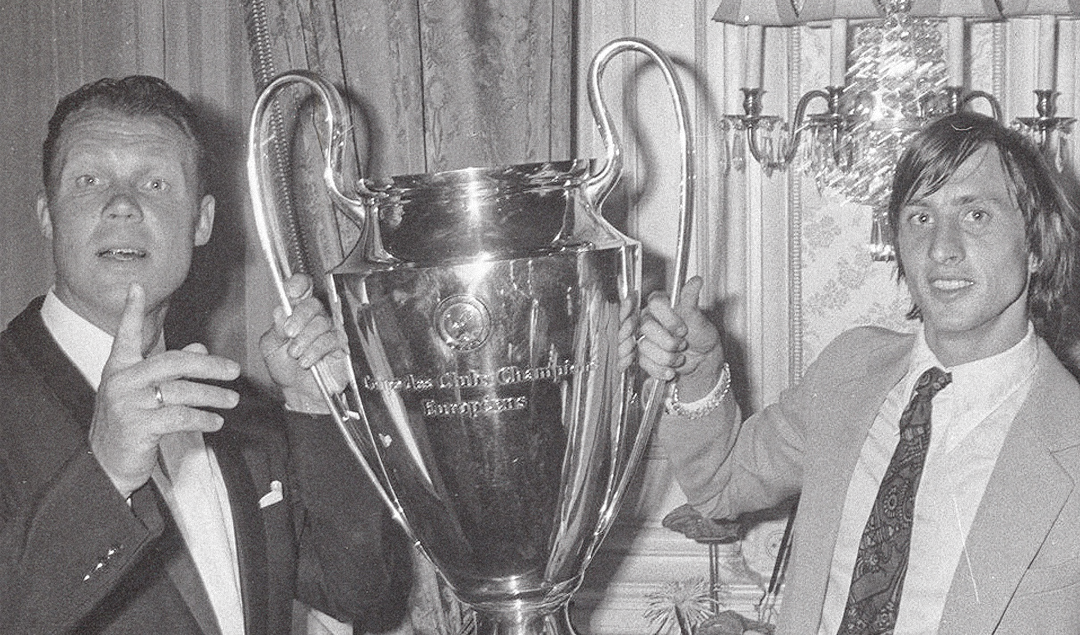 Johan Cruyff and Rinus Michels utilised the Total Football system during the 1960s and 1970s to form a strong Ajax and Holland team, resulting in a new era of Dutch and European football. The footballing prosperity in Holland mirrored the cultural changes and resurrection that occurred after the destruction of Amsterdam during World War II.

To say that Holland had been heavily affected by World War II would be an understatement. Amsterdam had a high Jewish population prior to the war, and the Nazis used the city as a battering ground while linking up with the NSB, who were part of the Nationalist Socialist movement in the Netherlands.

This damage took a severe toll on the nation, which dedicated its resources to economic and social recovery in the 1950s. The Dutch national team was formed in 1954, 70 years after England, and by 1956, the Eredivisie was also formed. 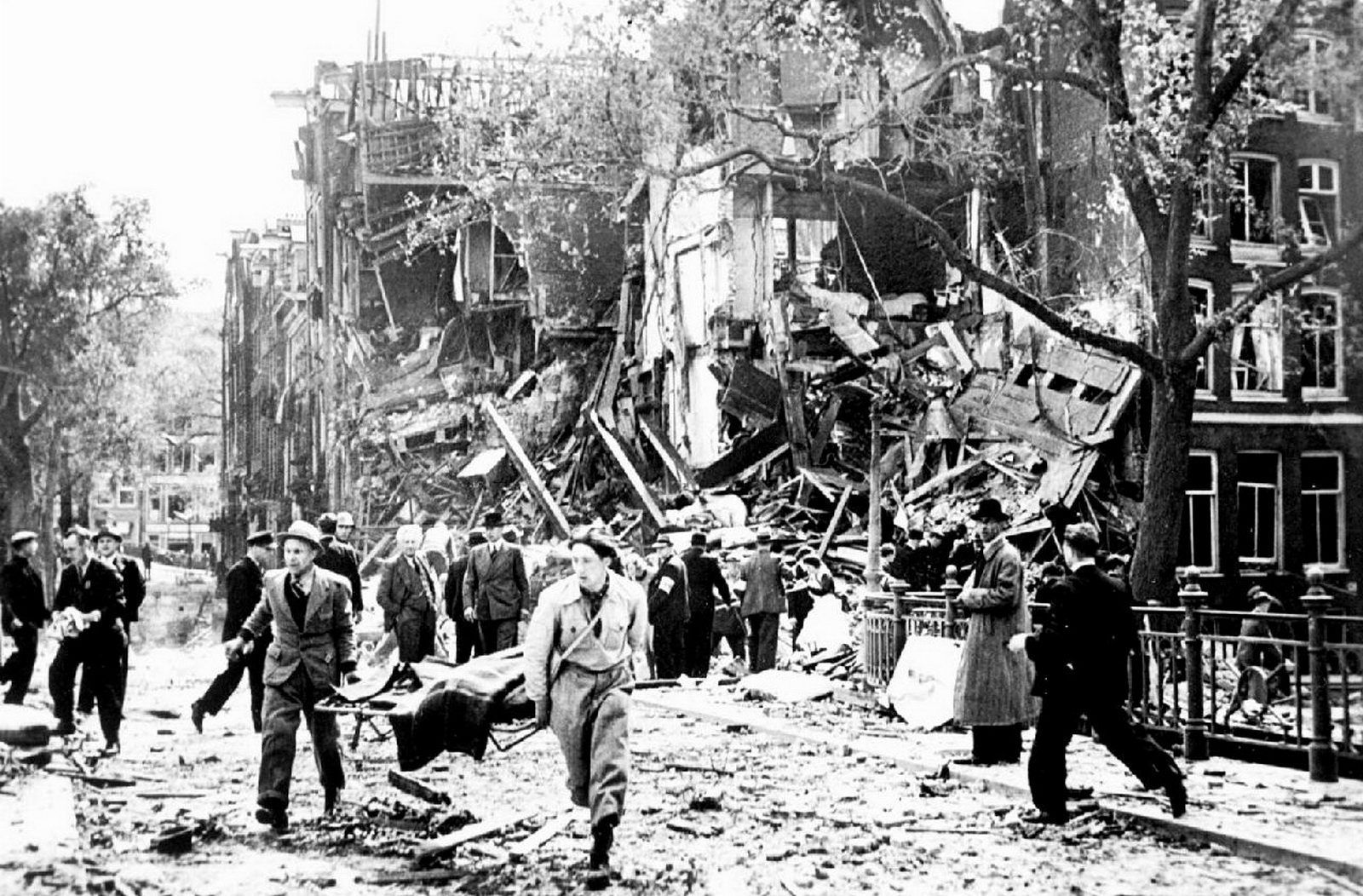 After the war, Dutch society introduced several taboos: no invasion of privacy by the state, a rise in state coercion, and the recognition of ethnic differences. Each taboo had a long-lasting impact on the Dutch cultural system and permeated the view that people should be able to develop without being treated like a child by the state.

The progress of the 1950s laid the foundation for economic, cultural and sporting revival in the 1960s, and led to the Netherlands being known as the shining light of democracy. Football in Holland felt the full boost of the development as it went from bleak unprofessionalism to a generational obsession that revolutionised the game. This was mainly down to two men; Johan Cruyff and Rinus Michels.

Cruyff grew up in Amsterdam and started supporting Ajax from an early age. At 13, he left school to work at the sports clothing store Perry Van der Kar, which had a close connection to Ajax. Cruyff then joined the youth team and became even more involved with the club when his father died and his mother married an Ajax groundsman, ‘Uncle Henk’, who took Cruyff to work with him at the stadium.

He wasn’t only a special player, but a special person as well. He was a rebel who wanted to express his own ideas, who turned up late to training and smoked at halftime, but he soon became the heartbeat of the Ajax first team. In 1965, Rinus Michels took the reins at Ajax, and Cruyff was immediately placed in the starting eleven.

Michels started off by giving the players a pay rise so they could focus solely on football without having to take up another job. Cruyff and Michels became a force in Dutch and European football through their famous system of ‘Total Football,’ the concept that any player can play in any position at any time. Michels described it as a ‘carousel of positions’ and it heavily incorporated the offside trap.

However, it wasn’t entirely of his own making; he borrowed the ideas of ‘Total Football’ from the River Plate side of the 1940s and Burnley side of the 1950s, as well as Gusztáv Sebes’s famous Hungary side of the 1950s, commonly referred to as the ‘Mighty Magyars.’ Under manager Harry Potts, Burnley had adopted the system which consequently led them to win the 1959-60 English league title.

In Argentina, River Plate forged an excellent team that were dubbed ‘La Máquina’ (The Machine) and were led by Carlos Munoz, Jose Manuel Moreno, Adolofo Pedernera and Angel Labruno. Together they had perfected the idea of the ‘false nine’ playing style and a frequent change of attacking positions and formations. 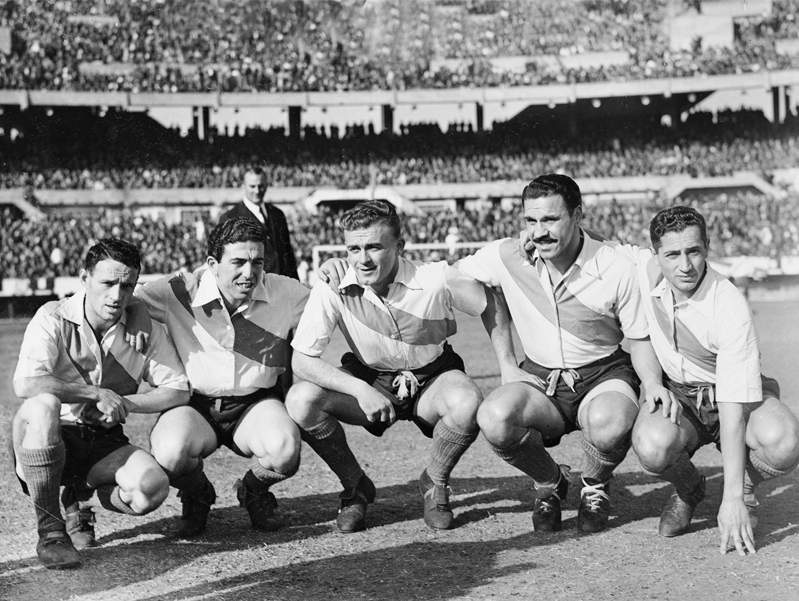 Cruyff was the on-field orchestrator of ‘Total Football’ for both Ajax and Holland. With his anticipation and acceleration, he seemed to own the entire field of play.  Only nominally a centre-forward, he was both orchestrator and predator. On one occasion, he collected a rolled ball of paper from his goalkeeper to start a move, with one arm pointing as he barked orders to his team-mates, and then advancing to the other end of the pitch to score.

For opponents, it was like trying to pin down air. “Without Cruyff,” said Rinus Michels, “I have no team.” This newfound, fluid, awe-inspiring brand of football mirrored Holland’s post-war renaissance and inspired generations of footballers and different tactical approaches, such as Catenaccio.

The Italian ‘Catenaccio’ system, literally “door-bolt” or “lockdown,” is considered to be the most effective and innovative defensive strategy ever-devised, and it was immortalised by Helenio Herrera’s Internazionale of the 1960s.

They were called Grande Inter by their fans due to their tremendous success which saw the Nerazzurri lift three Scudettos and two consecutive European Cups. This was the device that Herrera used to eke out 1-0 wins against the strongest of attacks, most notably the 1965 Benfica side which boasted the likes of Eusebio and Mario Coluna.

‘Total Football’ single handedly ended the Catenaccio system as it exhausted the rigid defensive line, drawing them out of position and creating gaps behind the lines.  During the 1960s and ’70s, Total Football consequently propelled Ajax to many honours: they played the most fluid football, and completed a perfect home record (46 wins, 0 losses and draws) for two consecutive seasons (1971-72 and 1972-73).

They suffered just one defeat in the whole of the 1971-72 Eredivisie season and celebrated four titles in 1972, winning the league title, the KNVB Cup, the European Cup and the Intercontinental Cup. Due to the successes of Ajax and Total Football, European giants Real Madrid began to deploy the system in the early 1970s.

However, the system only became world-famous at the 1974 World Cup where Holland finished runners-up due to their star man Cruyff and manager Rinus Michels. The Dutch were inspiring throughout the tournament, they defeated Argentina, Brazil and West Germany (in the group stage) consequently being described as “the best team at the World Cup” by Seleção coach, Mario Zagallo.

They then met West Germany in the final. It was seen as a crucial game for the people of Holland. They wanted to beat their rivals to show them that they had recovered from the war and that they were a different country with different values. A Dutch win would symbolise a win for modern democracy and prosperity (epitomised by Total Football).

The Netherlands lost the final however, despite dominating the ball and playing beautiful, attacking football. West Germany captain Franz Beckenbauer suggest that: “Going a goal down was good for us. The Dutch eased off and we were able to get into the match. And once you’ve relaxed your grip, it’s hard to recover the initiative.”

Despite the loss, it was clear how far the Netherlands had come in terms of football and post-war recovery. Cruyff and Michels had inspired a generation while utilising a system which propelled Ajax to new-found success domestically and in Europe.

Above all, the football was beautiful to watch, and the legacy of Cruyff and Michels is still being felt today through the likes of Pep Guardiola who claims that he “knew nothing about football before he met Cruyff.”