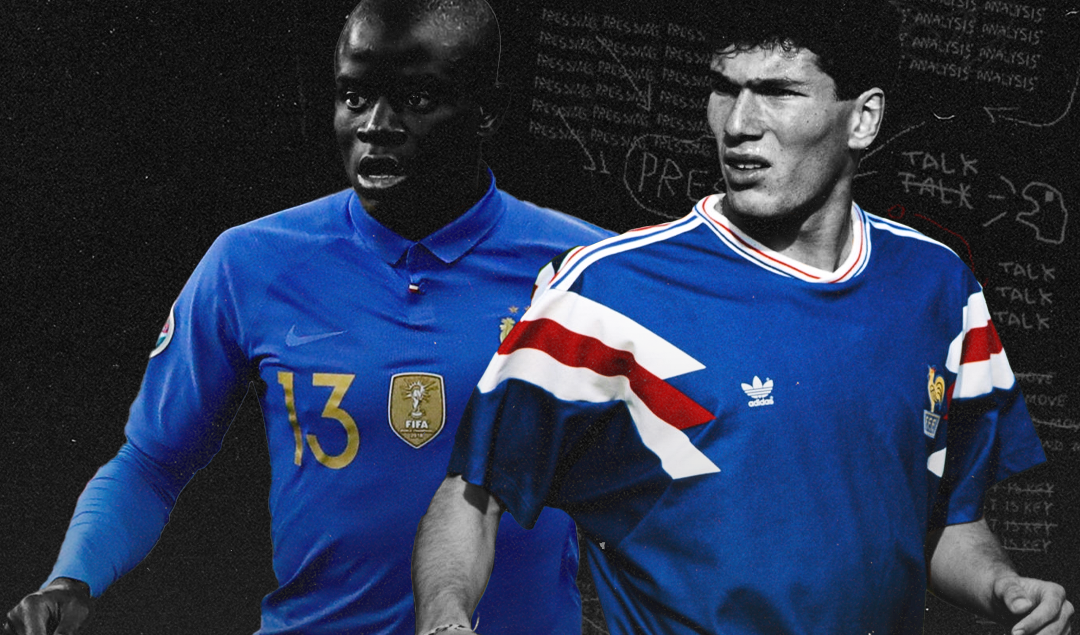 From Paris to Marseille, the biggest cities in France have perennially been the producers of some of the nation’s greatest footballers. Though the cities themselves get the plaudits, it is mostly the socially and economically forgotten suburbs of these cities where the talent can be found.

The suburbs have harnessed the greatest footballing talents including the likes of Zinedine Zidane and Kylian Mbappé. In the age of identity politics and the rise of populism, footballing success for France has been twinned with the beautiful emulation of diversity and multiculturalism. The World Cup victories of 1998 and 2018, have held testament to represent the quality that the economically and socially neglected neighbourhoods have to offer. Many of the generational talents descend from France’s colonial past, a legacy that contemporarily shapes France and the makeup of its cities today.

The 1998 and 2018 World Cup triumphs came at a time where not only national pride was at its highest but tensions regarding race and identity were at the forefront. These sporting victories represented the epitome of sport and why we love the beautiful game, but there is far more behind the glitz and glamour that is superficially behind the facade of World Cup stars like N’Golo Kanté, Paul Pogba, and Thierry Henry. A story that is lived by many millions of ethnic minorities across France and the suburbs of its biggest cities.

Historic View Behind the Makeup of French Cities

France’s colonial history has shaped the demographics of the country to date. Effects of decolonisation and the labour shortages meant that France had to turn to many of its colonies to supply manpower and rebuild the nation after the Second World War. People came from all over the former colonies and two decades following the war, immigration accounted for 40% of the population of growth of France.

Radical change followed in these years, and by 1956, a housing problem that resulted from the baby boom and exponential growth in population led to Minister Pierre Courrant’s ideas to house the new citizens. He came up with the idea of constructing ‘Habitation Loyer Moderé’ (Housing at Low rent). These consisted of high rise flats and housing on the outskirts of major cities, which contemporarily make up the banlieues. Most notably the Il De France of Paris and the suburbs of Marseille, have been the consistent producers of the greatest sporting icons the nation has ever seen. 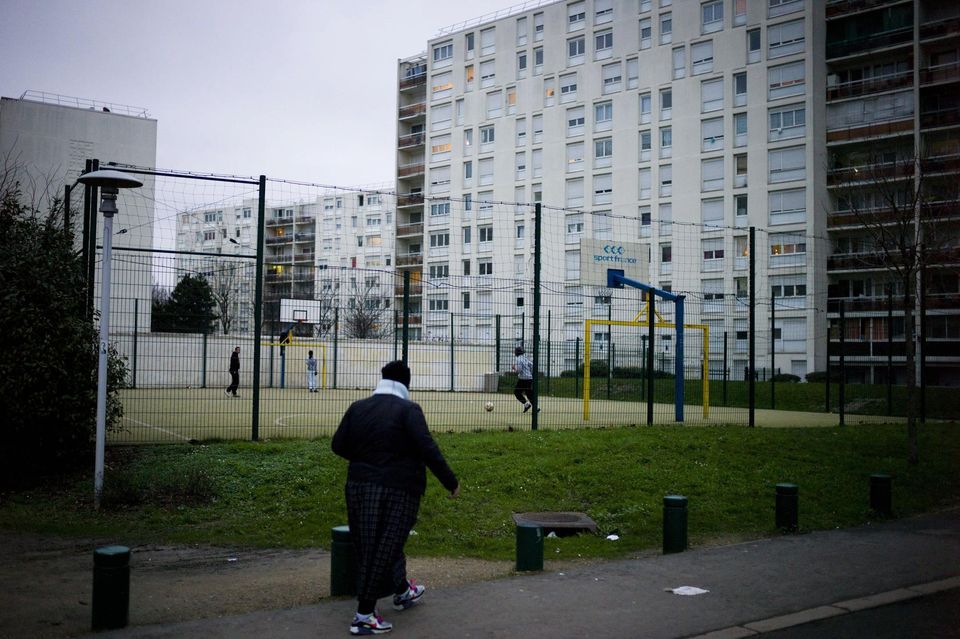 Paris, the city we all associate with glitz and glamour, was obliterated by shells of the German Luftwaffe, and the rebuilding scheme by Courant set to construct at least 240,000 homes per year in the Paris region alone. This was due to the exponential growth the city had seen in the years following WW2. Annual growth of the city saw 50,000 people migrate to the capital city every year between 1946 to 1954.

Courant’s plans were instrumental in housing the many millions of hard-working migrants that France was indebted to, however, contemporarily they are perceived to be synonymous with crime, unemployment and Muslims.

One Nation, Thousands of Identities

Seine-Saint-Denis, an example of a neighbourhood built up by Courant in the Il De France (Suburbs of Paris), epitomises the diverse talent that originates from humble backgrounds. A department which saw the most immigration from former colonies, the region now sees 1 in 4 inhabitants whose origin is from North or West Africa, however, the suburb’s notoriety comes from the fact that it is the poorest department in the whole country.

Whilst this is the case, popular sentiments of government neglect and societal exclusion across the department has not stopped the talent from shining through dim lights. The department has given birth to the likes of World Cup winners Mbappé (Bondy) to stars that have played in the Premier League like Sylvain Wiltord (Neuilly Sur Marne) and Serge Aurier (Sevran). However not only has Seine Saint-Denis accommodated talents across Europe’s best football teams, the Il De France and the greater Paris region alone has become the hotbed for footballing talent across the world with one similarity – they’re origins from the Banlieues.

Along with Mbappé, World Cup-winning stars hailing from the Il De France included the likes of Pogba, Benjamin Mendy, Kanté and Steven Nzonzi. Though epitomising the hotbed of talent on show in the French national team, the legacies of the colonial past were also portrayed in the 2018 world cup. At the tournament, France was the birthplace of 52 players, and the Paris and Il De France region accounted for 29% of these stars. Paris accounted for Moroccan captain Mehdi Benatia (Courcouronnes), Portuguese full back Raphaël Guerreiro (Le Blanc Mesnil) and Senegalese full back Youssouf Sabaly (Le Chesnay).

The talent which is there for all to see shares many faces, cultures, races and ethnicities. The representation of the “Black, Blanc, Beur” of the 1998 World Cup, bears similar resonance to the 2018 World Cup which was dominated by players born and raised in the 5th Republic.

The Realities of Life in the Banlieues

Upon asked why talent was rife across Il De France and banlieues across France, Pogba stated how it was “because there is only soccer. Whether it’s at school or outside in the neighboorhood, everyone will play soccer”. This serves to represent the hunger and drive in sport but also the darker reality of French society. The socio-economic neglect of the banlieues across the country has led to them having the highest rates of rife of crime, unemployment and poverty.

Across Seine-Saint-Denis, over 28% live beneath the poverty line, which is nearly double the rates in comparison to the rest of the country (15%). This has led to many public services being inadequate and inevitably a cycle which offers little hope for many across the department. Not only is this in Seine-Saint-Denis but in banlieues across the country. The trend of a lack of resources and opportunity have plagued these areas. 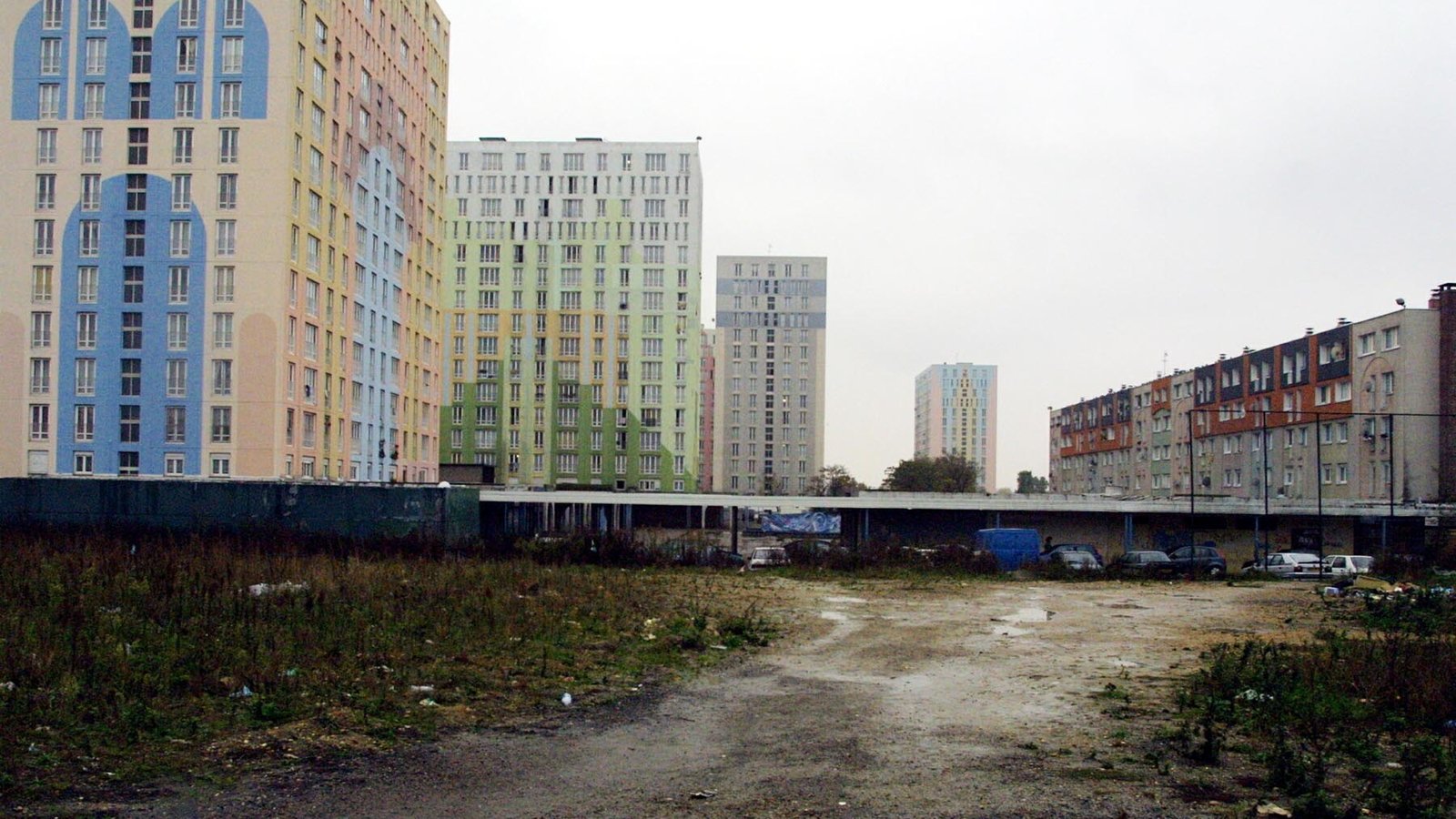 Zidane, arguably France’s greatest player and recipient of the 1998 Ballon D’or after his World Cup triumph with France, was born in La Castellane, a suburb in Marseille. This suburb which has gained notoriety for all the wrong reasons as Ross Kemp exonerated in an episode of ‘Extreme World’ the poverty, drugs and prostitution that took place in the suburb.

The problem of societal exclusion and economic neglect that have perennially affected the suburbs of France’s most honourable cities has been a large issue and has seen little change. Many of the unfortunate circumstances that people (mainly ethnic minorities) find themselves to serve little in inspiring hope across generations.

Whilst it is evident that the banlieues are ubiquitous of talent for all to see, the cyclical economic and social problems persist and continually tarnish the names and reputations of such areas. Whilst there have been many positive connotations with the banlieues in terms of footballing talents, from Kylian Mbappé to Zinedine Zidane, lack of opportunity and sustainable youth facilities are still not present today.

Nevertheless, the banlieues’ raw natural talent whether from the North African flair of Riyad Mahrez (Sarcelles) or West African steel of Kalidou Koulibaly (Saint Dié Des Vosges), the football on offer, which has originated from the banlieues, has showcased the beauty of the game which is diverse and discriminates none. While France and its hierarchy has to do more to achieve its goals of ‘egalité, fraternité, liberté’ across the banlieues, the solace youth find on the football field doesn’t seem to be leaving any time soon.