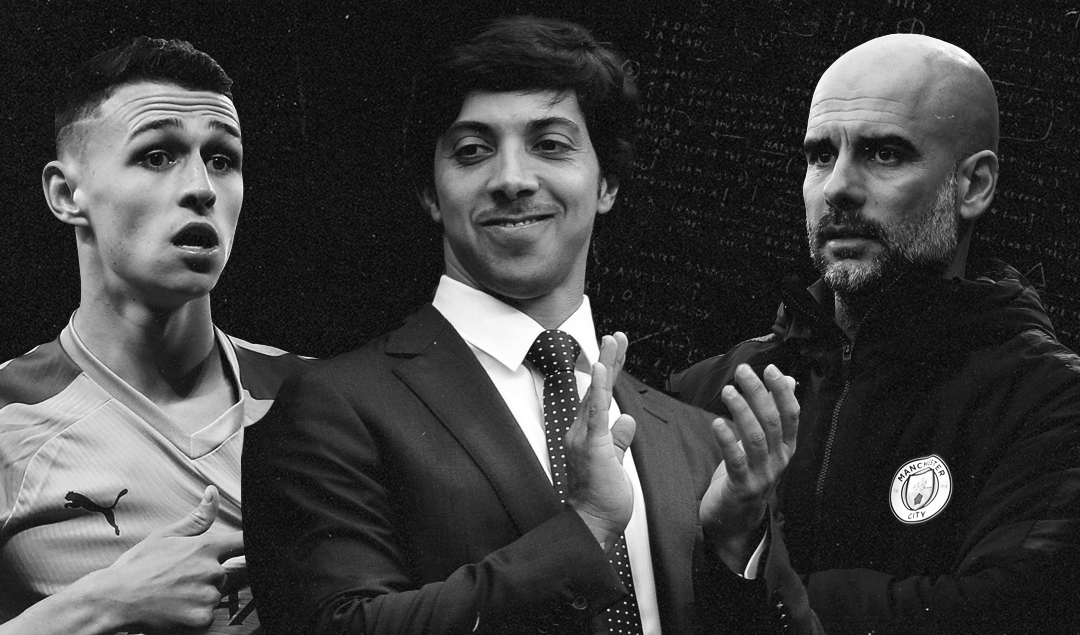 Former Manchester City CEO Garry Cook, when tasked with overseeing and facilitating the transition of the club, once requested his representatives to present him a vignette of the club’s defining moments.

What he got back, he says in an interview with The Athletic, “was Bert Trautmann holding his neck in the 1956 FA Cup final, Paul Dickov scoring at Wembley in the 1999 third-division play-off final and a scoreboard showing Tottenham 3 Man City 4 from an FA Cup tie in February 2004. Now I was feeling dismayed. Are these really the defining moments of the club’s history?” 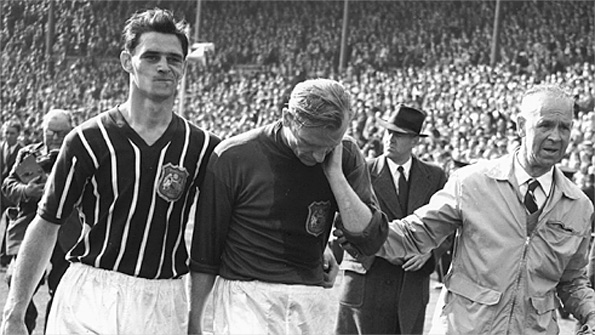 The transition, of course, refers to the seemingly earth-shattering inclusion of the Abu Dhabi United Group in the highest of echelons world football had to offer. Cook’s words were true, though.

For the longest time, Manchester City were the punching bag of the Premier League whose hapless nature was far too frequent that any indication of European participation and subsequent domination would rightly be derided-upon.

Fans found solace in pairing the club’s misfortunes with its identity. That was just what Manchester City were back then – their negligent constitution could not be defined by mere stumbles in an otherwise storied top-flight reign. The lows were extremely low and the highs were few and far between. And also far back in the past.

Famished City were reeling from one of their worst periods of uncertainty. Thaksin Shinawatra’s haemorrhaged funding after his deposition meant that the club were once again in turmoil and in immediate need of a cash influx to remain afloat in the Premier League.

Thankfully for the former Thai president, Sheikh Mansour and his entourage finally settled on Manchester City Football Club, thereby making the club the richest in the world in terms of finances at hand. 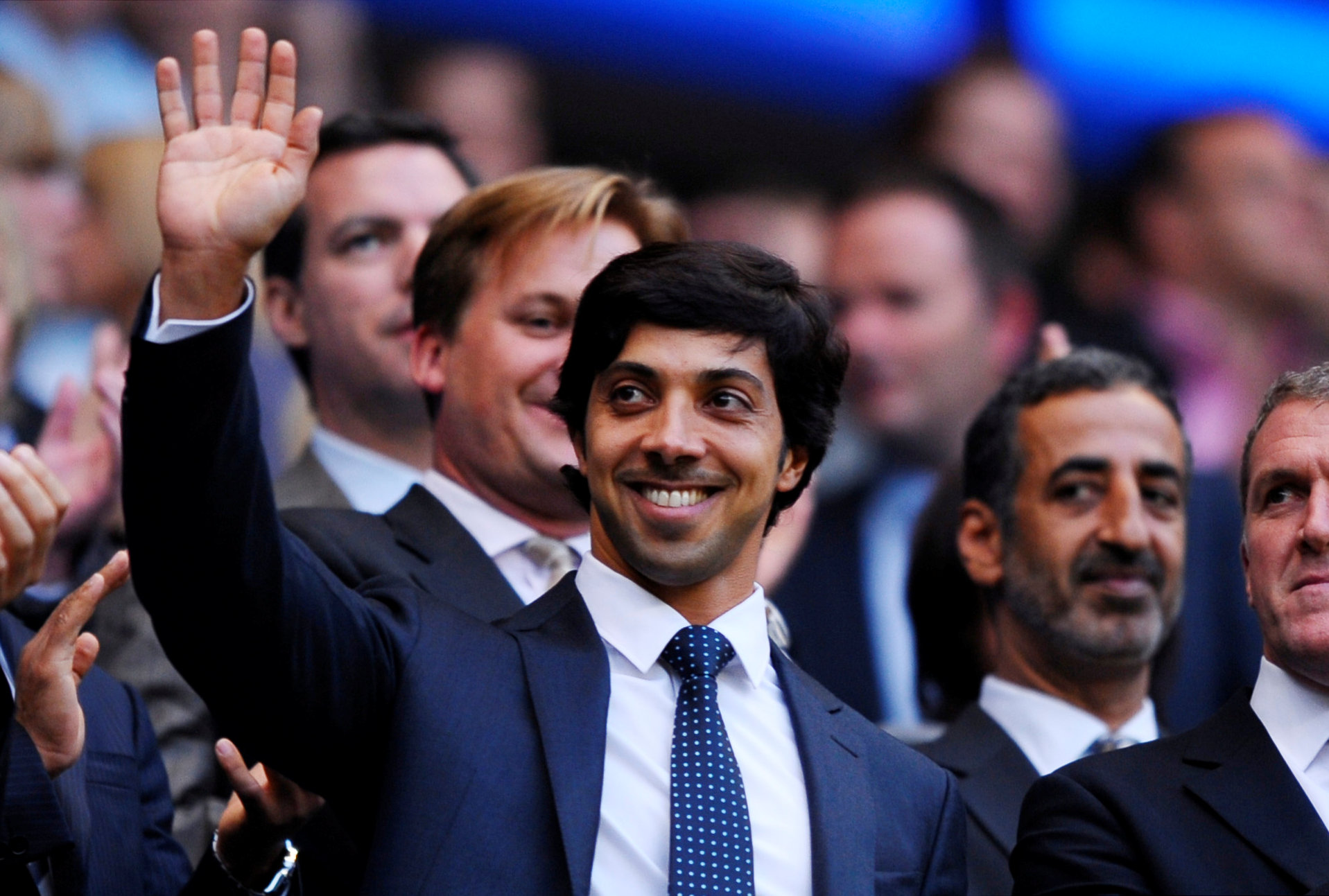 City’s ambitions, much like the airline conglomerate that sponsored them, were now sky-high. After an audacious attempt to lure Ricardo Kaká safely out of the way, the hierarchy laid out the blueprint for the club to sustainably grow and prosper into one of the biggest powerhouses in football.

Their rise to the top though, has come at a cost. Ever since the cash injection, City have spent £1.558.64 billion in signings while only earning £455.11 million in player sales.

Instead of drawing parallels with the class of the European elites – a target the club have been desperate to reach since the initiation of the takeover – Manchester City have endured rather fair criticisms of building a club by throwing money at their problems without getting much in return.

One could argue that it is what all clubs do. Bigger clubs spend more than what they make in transfers – and City are no different. What sets them apart from the rest is that they have had little influence in terms of sales. At least, those which have benefited the club significantly.

The recruitment policy, for instance, has been immaculate for the most part. City’s MO consists of taking on newer and fairly established talents and converting them into world-class players. The acquisitions of era-defining players such as David Silva, Yaya Touré and Sergio Agüero are a testament to their well-oiled recruitment system. 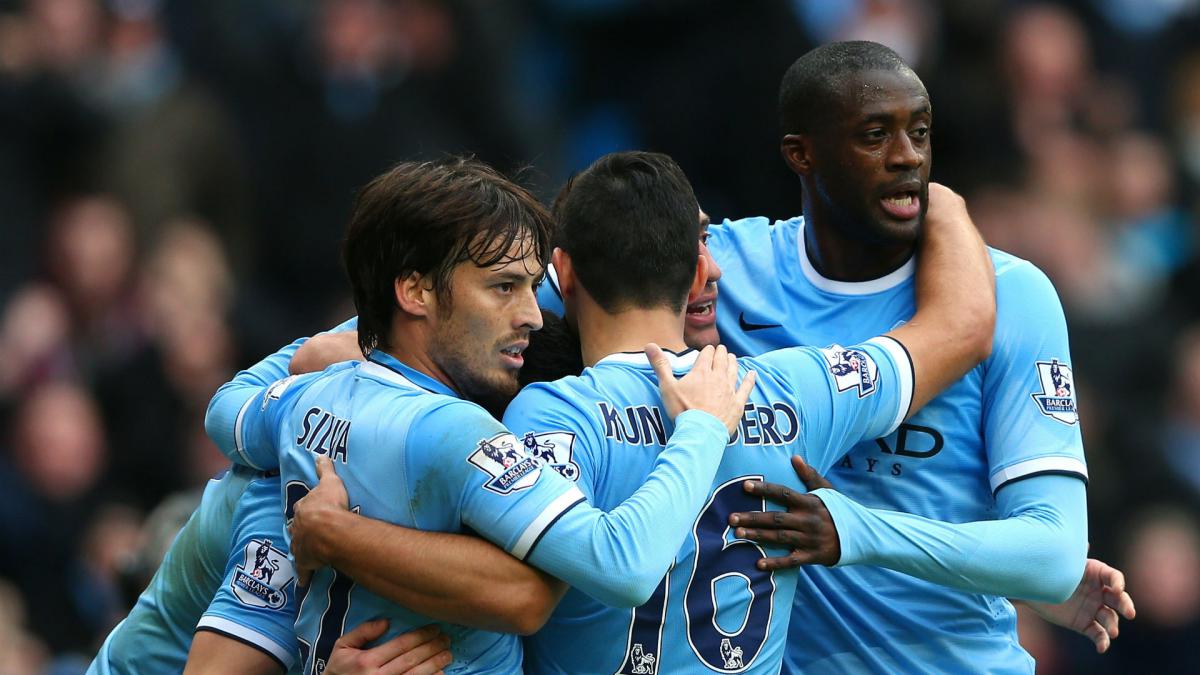 And in the spirit of progression in 2014, the ownership pumped £200 million into a state-of-the-art youth and training Etihad Campus, including the Academy Stadium which seats 5,000 people. In the same year, the club initiated its expansive venture by developing its network throughout the world.

Although there have been skeptics regarding the dubious backgrounds with which the ownership operates, the City Football Group have always been keen on diversifying their football interests to promote a better brand of football throughout the world. The circumventing of rules in order to obtain feeder clubs was just an added bonus.

Sure enough, the club’s valuation has since more than trebled, its revenue increased by $250 million. Its trajectory, boosted by the acquisition of one of the greatest tacticians in modern football history – is at an all-time high. The squad too, is largely venerated as one of the greatest to grace the Premier League. Its downs are now hiccups that would put the aforementioned disasters of yesteryears to shame.

However, there remains a lingering caveat that could still smear Manchester City’s newly reformed, yet sensitive reputation after the vanquishment of UEFA and the alleged breach of FFP regulations.

City’s polarised disposition in the transfer market has seemingly not been well documented. Most of the plaudits are derived from their work concerning the massive influx of players, and thereby a parity is created.

The outflow of academy graduates looking for game time has developed into an alarming pattern of behaviour for the club. Jadon Sancho, Brahim Díaz, Rony Lopes have all made names elsewhere despite being the team’s academy graduates. The reason is clear; despite the sizable investment of the club in their youth academy, the youth set-up has been uninhabitable for younger players looking for chances within the first team.

Rabbi Matondo, now a winger at Schalke 04, tasted his first minutes of professional first-team football by playing for Wales rather than the first-team of City. He, like his compatriot David Brooks (who has since been named Welsh Player of the Year), was let go to seek first-team minutes elsewhere.

The academy, since its inception in 1998 has produced more professional players than any other Premier League club. But should the club feel remiss considering so many of their valued prospects have prospered elsewhere? Or should they feel that its failure highlights the club’s emphatic rise to the top?

Manchester City, since the arrival of Pep Guardiola, has made £138 million from the sales of 16 of their youth products while only a handful have made it through the impenetrable first team. 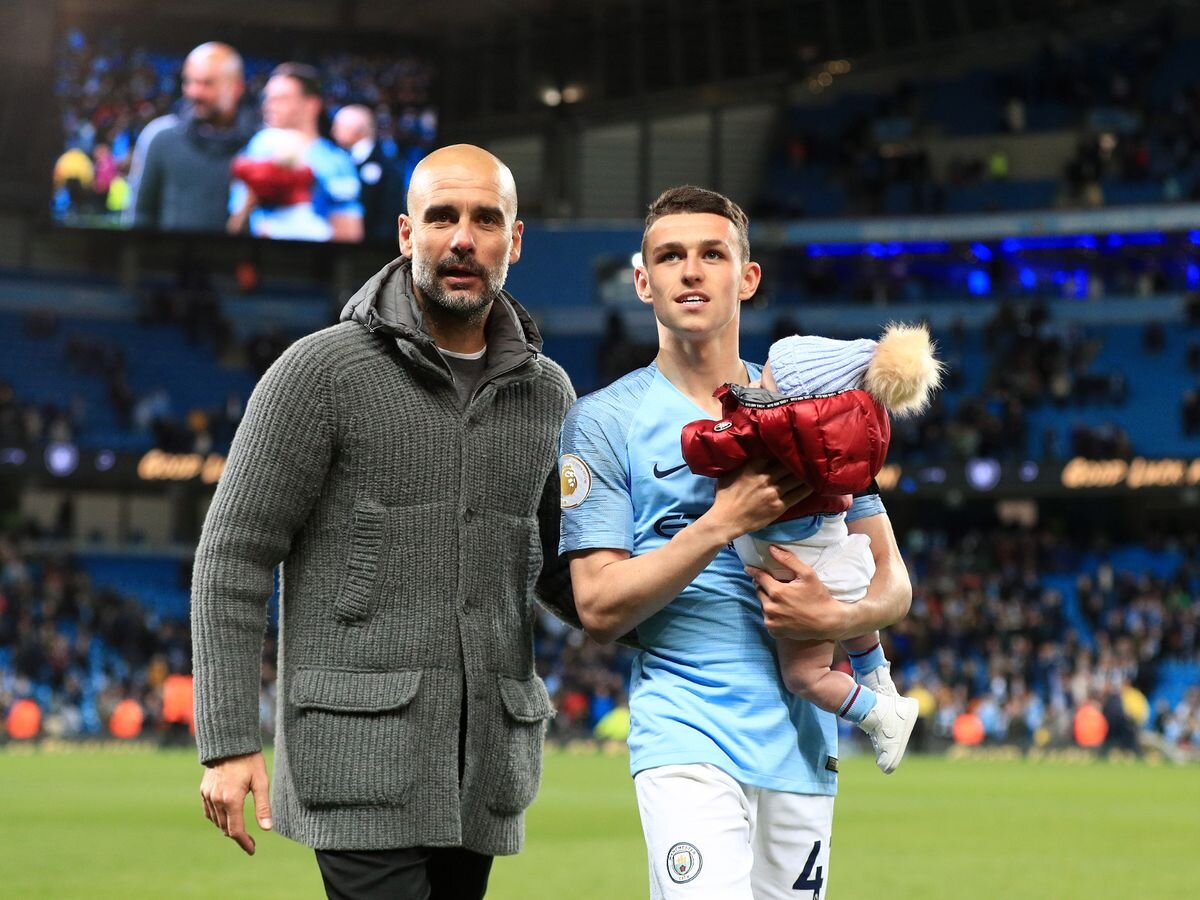 While Pep’s reluctance to play younger players might be slightly exaggerated, it is fair to assume that the Catalan has, at least inadvertently impeded their growth during his tenure as City boss.

Given the nature of the intensity with which its players have to perform in every single competition, it turns out City’s academy is a victim of its club’s success.The hundreds of millions in the academy’s investment simply becomes futile if the club does not have anyone to show for it in the first team, despite their innumerable successes in the youth leagues.

The aim to produce more Phil Fodens only comes along once in a generation; would City wait it out for the search of the next Vincent Kompany, or the next Sergio Agüero in the same manner? And if the opportunities to play these players in the first team comes at the expense of confirmed success, should City just scrap their youth teams altogether?

The dilemma doesn’t just persist in the youth ranks. Manchester City’s quest for European supremacy often hinges on its purchasing power and the hold it has on its well-oiled squad of first-team players. The fact that Kelechi Iheanacho was the club’s record sale at £25 million at their financial peak is indicative of City’s approach in the transfer market. 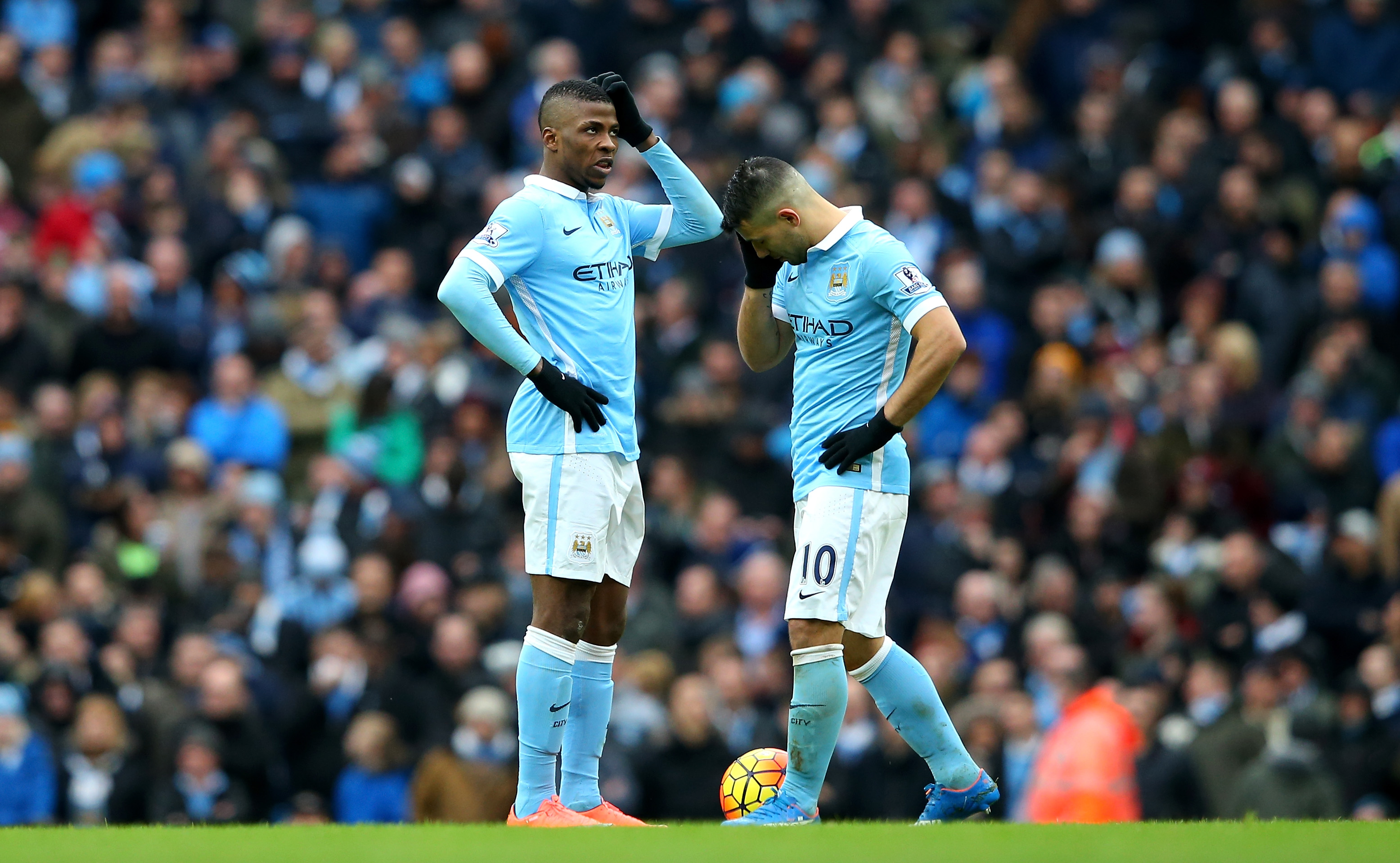 City have thoughtfully cultivated a habit of obtaining shrewd signings while simultaneously not falling to ransom when pressured by another team who intend to purchase their players. That was, until the new record sale at the club. Leroy Sané’s transfer to Bayern Munich was certainly an outlier to how Manchester City’s deals usually go down.

While his transfer might have been a foregone conclusion – given the fractured relationship between Sané and Guardiola – City endured something they had not since the beginning of their new era; one of their greatest assets being prised away in want of better surroundings.

All four of Sané, Sancho, Díaz and Matondo were offered extensions before they departed the club. Instead of being a haven for some of the best players in the world, Sané’s departure perhaps alludes to something bigger about the team, something directly in contrast with the grand ambitions of the Manchester City hierarchy.

It suggests that their success can come at a price. Among other things, City’s business has expertly papered over some of their slightest limitations which are just beginning to show.