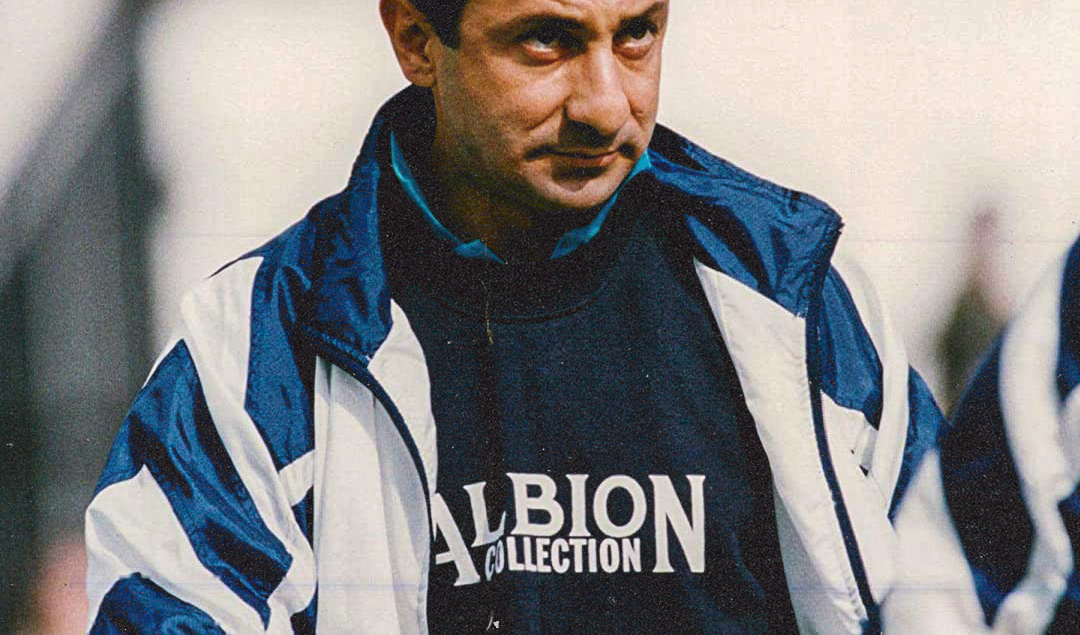 From Pelé and Diego Maradona in the last century, to Lionel Messi and Cristiano Ronaldo in this one – each generation produces a handful of players that are truly elite. These are the superstars of the sport whose on-the-field displays can confound even the sharpest analytical minds. Even though these are the players that frequently dominate the headlines, there is another just as well-loved category of footballer and that is the “cult hero.”

Be it Juninho Paulista at Middlesbrough, or Jay-Jay Okocha at Bolton Wanderers, these players define eras rather than generations unlike the aforementioned megastars, but their impact still cannot be understated.

There’s something about a talented player joining a traditionally unfashionable club that instantly ingratiates them to the fans and, if they are seen to embrace the culture of the club, they can be immortalised in club legend. One such figure in English football during the 1980s was the Tottenham legend Osvaldo César Ardiles. 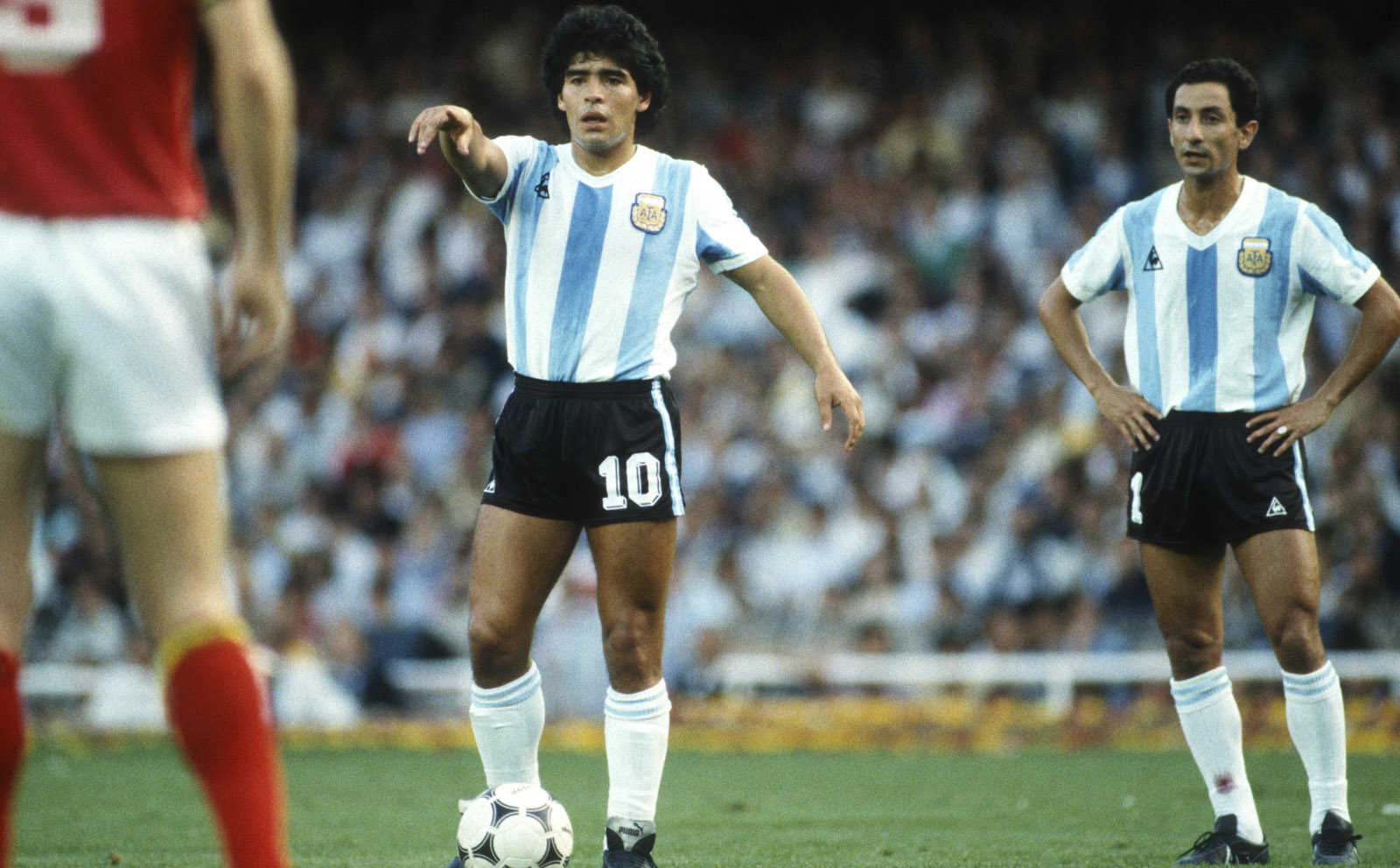 Born in Argentina’s second most populous city, Córdoba, in 1952, Ardilles spent his youth on the books of his local club, Instituto Atlético Central Córdoba. Standing at a diminutive 5’7,” physical strength was never going to be an asset he could reliably call upon, so he instead worked on his technical attributes to become incredibly proficient at dribbling and close control. His prowess in these areas at such an early age led to his brother giving him the nickname Pitón (python) that has stuck with him throughout his career.

After rising through the ranks at Instituto, he finally made his first team debut during the 1973 season and would go on to make 14 appearances in the competition, scoring 3 goals, as his team finished 8th in group A of the Nacional Championship. Following the conclusion to this season, he then moved on from his boyhood club to join their crosstown rivals, Club Atlético Belgrano.

His modest record of 2 goals in 16 appearances for his new club during the 1974 season doesn’t appear, on the face of it, to be particularly impressive. However, enchanted by his technical ability and ball distribution, Club Atlético Huracán chose to sign him following the conclusion of the season, meaning that Ardiles had to leave his hometown and move to Buenos Aires.

His exploits in the Argentinian capital for his new club quickly caught the attention of the national team manager, César Luis Menotti, who was appointed following the team’s underwhelming showing at the 1974 FIFA World Cup. From early on in his reign, Menotti clearly saw something in Ardiles, as he quickly established himself as a first team regular for La Albiceleste – a series of events that would become the catalyst for his decision to drop out of his law degree to focus on football. 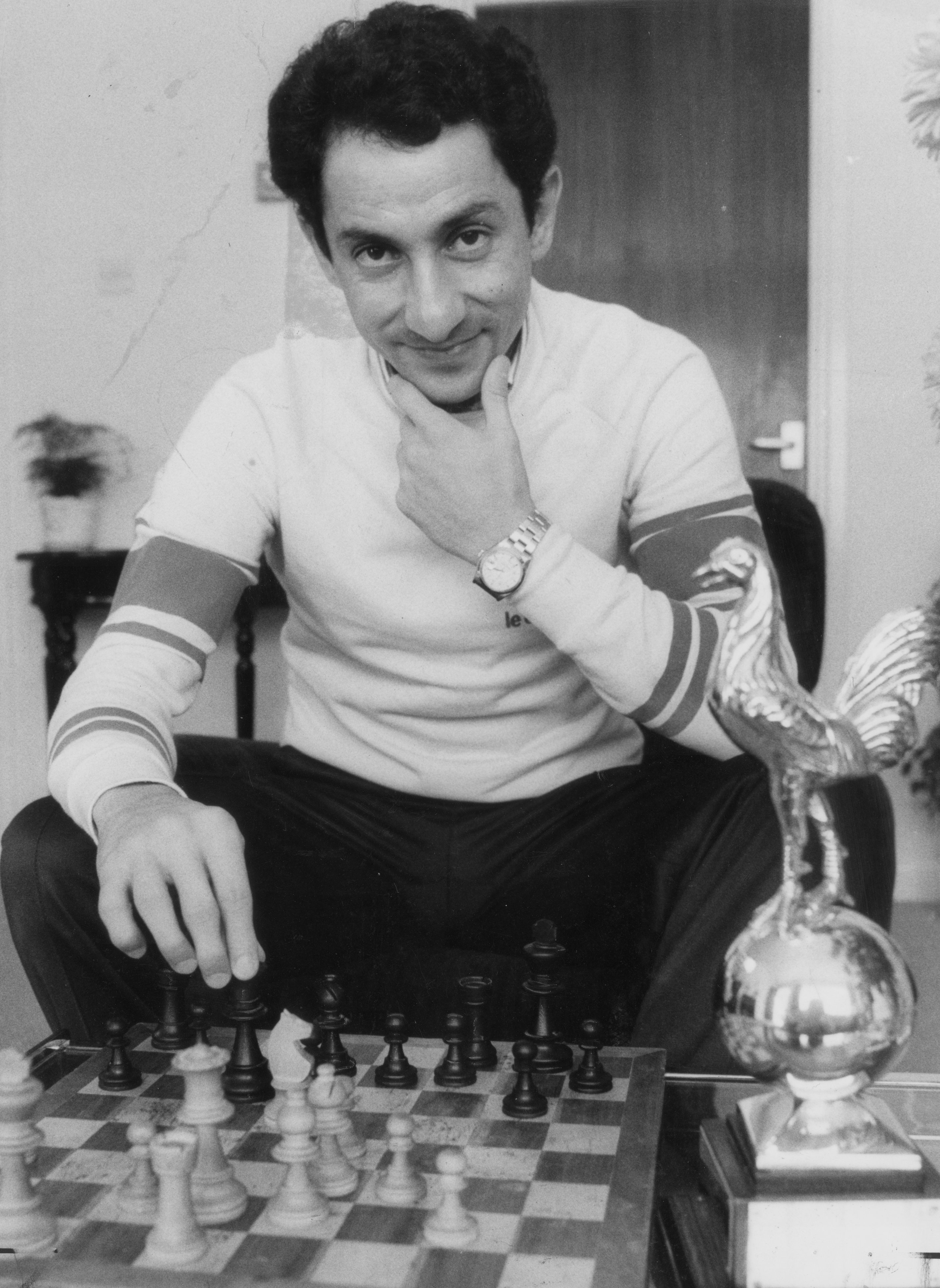 One of Ardiles’ career defining achievements came during the 1978 World Cup that was being held on HIS home soil in Argentina. The country had bore witness to a bloody military coup just two years prior, so it was vital that a major sporting event brought a sense of unity to a country that was undergoing seismic political upheaval.

Despite the pressure placed on the team, they were able to win the trophy, with Ardiles playing a vital role, appearing in 6 out of the 7 games that Argentina played.

A major talking point from the tournament was the seemingly telepathic relationship that he struck up with the team’s star striker, Mario Kempes. Despite Kempes grabbing the headlines as his tally of 6 goals deservedly won him the Golden Boot, Ardiles became internationally recognised as one of football’s brightest stars after the World Cup, causing newly promoted Tottenham Hotspur to sign him and, on his recommendation, another World Cup hero Ricardo “Ricky” Villa for a combined sum of £750,000.

This transfer was a watershed moment for English football, as the Argentine duo became the first overseas players to play for a First Division club, after the FA lifted a 47-year-old ban on signing foreign players. This led to widespread debate across the country, and even led to questions being asked in the House of Commons. It took a while for both Ardiles and Villa to adapt to the more physical style of the English First Division, but Tottenham fans kept faith in their new signings and were rewarded with a number of iconic moments from the pair of them. 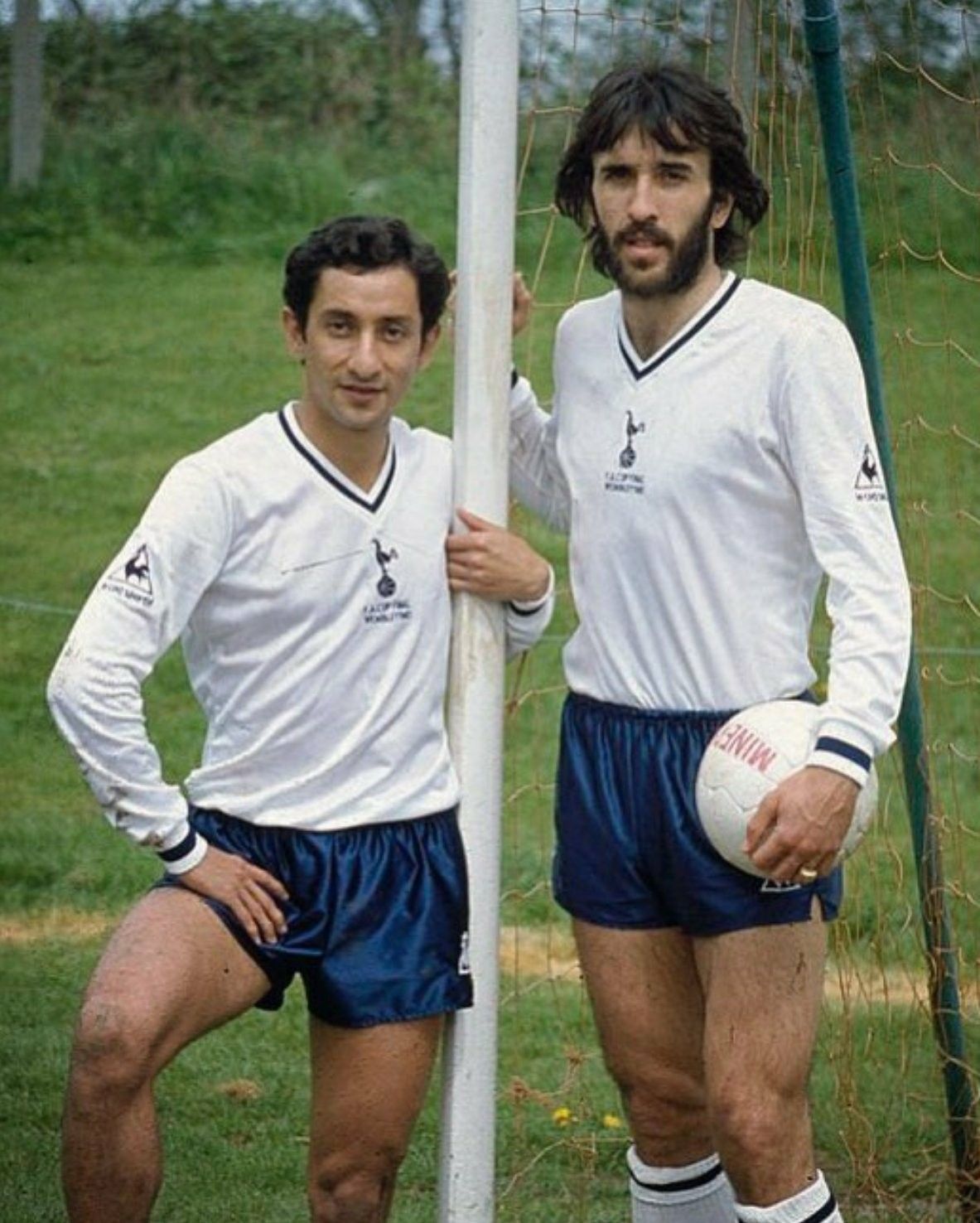 One of Ardiles’s most famous goals for the Lilywhites came during a 1980 FA Cup 3rd round replay at Old Trafford. In a match where the main story should have been Glenn Hoddle playing as a goalkeeper for over 30 minutes, it was Ardiles who stole the headlines when, in the final two minutes of extra time, Villa laid the ball back to the edge of the box, where the waiting Ardiles curled a delightful shot into the top right corner – a goal in Manchester made in Argentina.

Despite this heroic victory, the club’s FA Cup run ended in the 6th round due to a 1-0 loss at home to Liverpool. However, just a year later, the club found themselves on the verge of a historic triumph.

The FA Cup contested during the 1980/81 season was the hundredth edition of the tournament, so it was fitting that it was full of the drama and excitement that has seen it endure as a cultural phenomenon. Tottenham’s route to the final was a relatively lowkey affair, with their first major challenge coming in the semi-finals where they were forced to a replay by Wolverhampton Wanderers. Nevertheless, they easily dispatched of them in the second leg by a 3-0 scoreline, with a brace from Garth Crooks and a goal from Villa to seal the victory.

Ahead of their final clash with Manchester City, the Tottenham squad collaborated with popular North London musicians and life-long Spurs fans Chas & Dave to produce a song to commemorate the occasion. In his autobiography, Ardiles claimed that the song, titled “Ossie’s Dream (Spurs Are on Their Way to Wembley),” was based on a true story, as when he came to England, his main aim was to lead the club to a cup win. The song also featured solo vocals from Ardiles where he famously and, according to Chas Hodges, deliberately mispronounced the club’s name as “Tottingham,” much to the amusement of supporters. 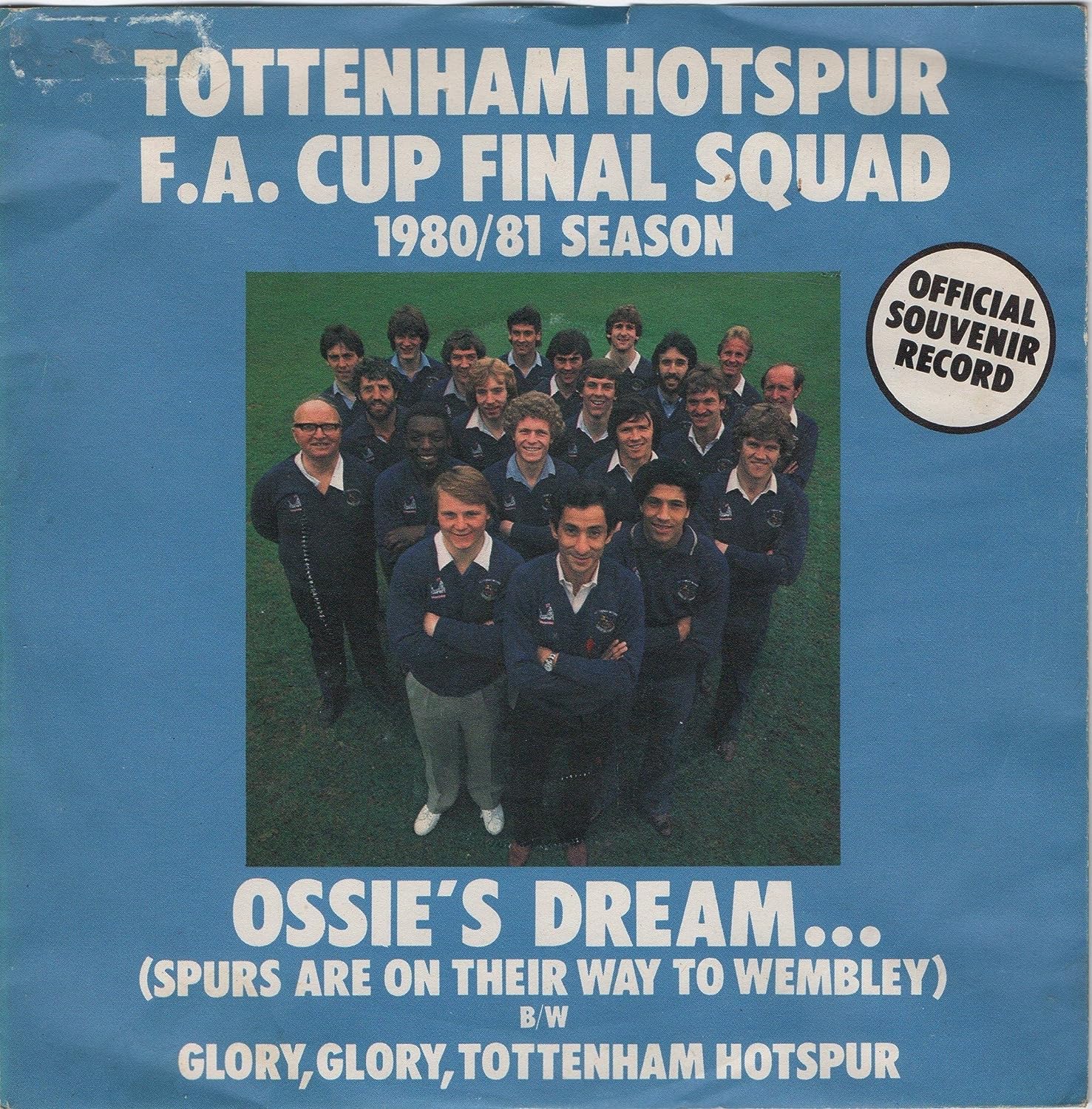 The FA Cup Final was contested over two games as the first ended in a 1-1 draw with Manchester City midfielder Tommy Hutchinson scoring at both ends of the pitch to ensure a replay. The subsequent game was a tetchy affair, with the game tied at 2-2 up until the 76th minute, when a moment of individual brilliance brought the cup to White Hart Lane. This time though the spectacular didn’t come from Ardiles, but his compatriot Villa.

He gained possession of the ball around 30 yards from goal, beat four defenders with his mazy dribbling, and then slotted the ball past the City goalkeeper to win the game. Although his winning goal rightly stole the headlines, Villa’s oft-forgotten first goal in the game came from some trademark wing play by Ardilles.

After receiving the ball, he delicately chipped it over a City player’s head, then expertly dodged two hefty challenges before unleashing a relatively tame shot that was promptly blocked. However, Villa was the quickest to react to the loose ball and poked it past the onrushing keeper to put his team ahead and win the competition. 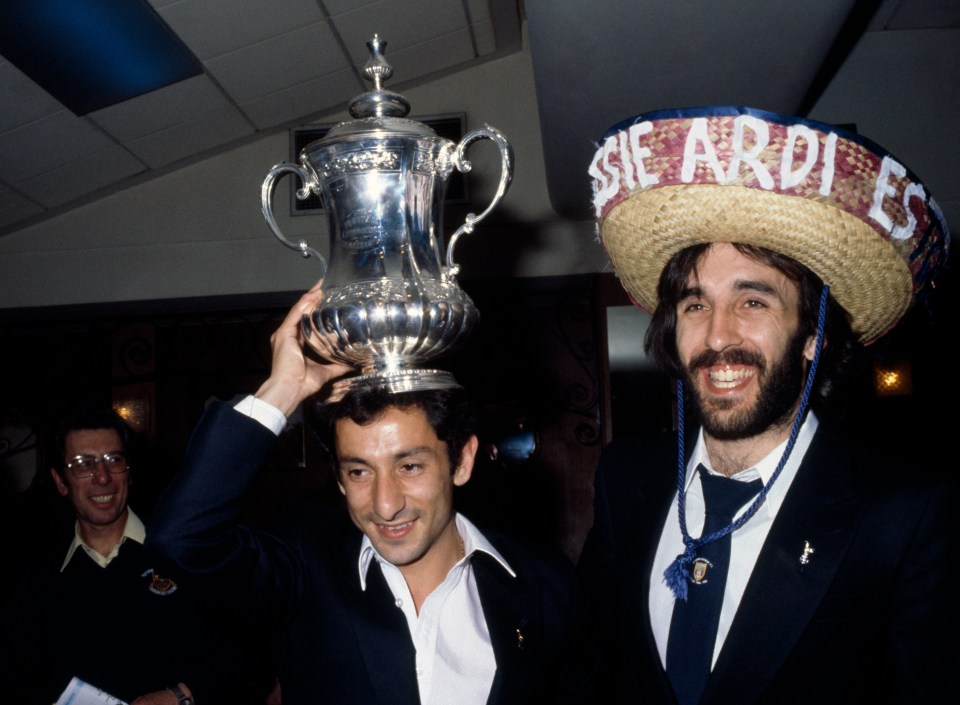 Tottenham replicated this cup success the following season as they once again won the competition, but Ardiles’ contribution ended after the semi-final stage, as he left the club early to link up with the Argentina squad ahead of the 1982 World Cup.

The tournament ended in disappointment for the reigning world champions, as they were knocked out in the second group round following a tricky draw with both Italy and Brazil in their group. Ardiles, who famously wore the number one shirt due to the alphabetical system used by Menotti (with the notable exception being Maradona, who was allowed to keep the number 10 jersey), had an indifferent tournament, but did score the only World Cup goal of his career in a 4-1 victory over Hungary.

What followed this successful period at Tottenham was a tragic tale that once again led to Ardiles’ footballing career becoming intertwined with politics. Following the conclusion of the 1981/82 First Division season, a long diplomatic row between the UK and Argentinian governments over the sovereignty of the Falkland Islands escalated to a 10-week long “undeclared” war between the countries.

Caught between the two warring nations, Ardiles was subject to immense media scrutiny from both sides in the immediate aftermath of the conflict. It was during this time that he decided he did not want to return to England, and decided to spend the 1982/83 season on loan, with Paris Saint Germain his destination of choice. His spell in the French capital lasted just six months, as he was still deeply mentally affected by the bloodshed left by the war, including the death of his cousin, José Ardiles, who was a pilot in the Argentina Air Force. 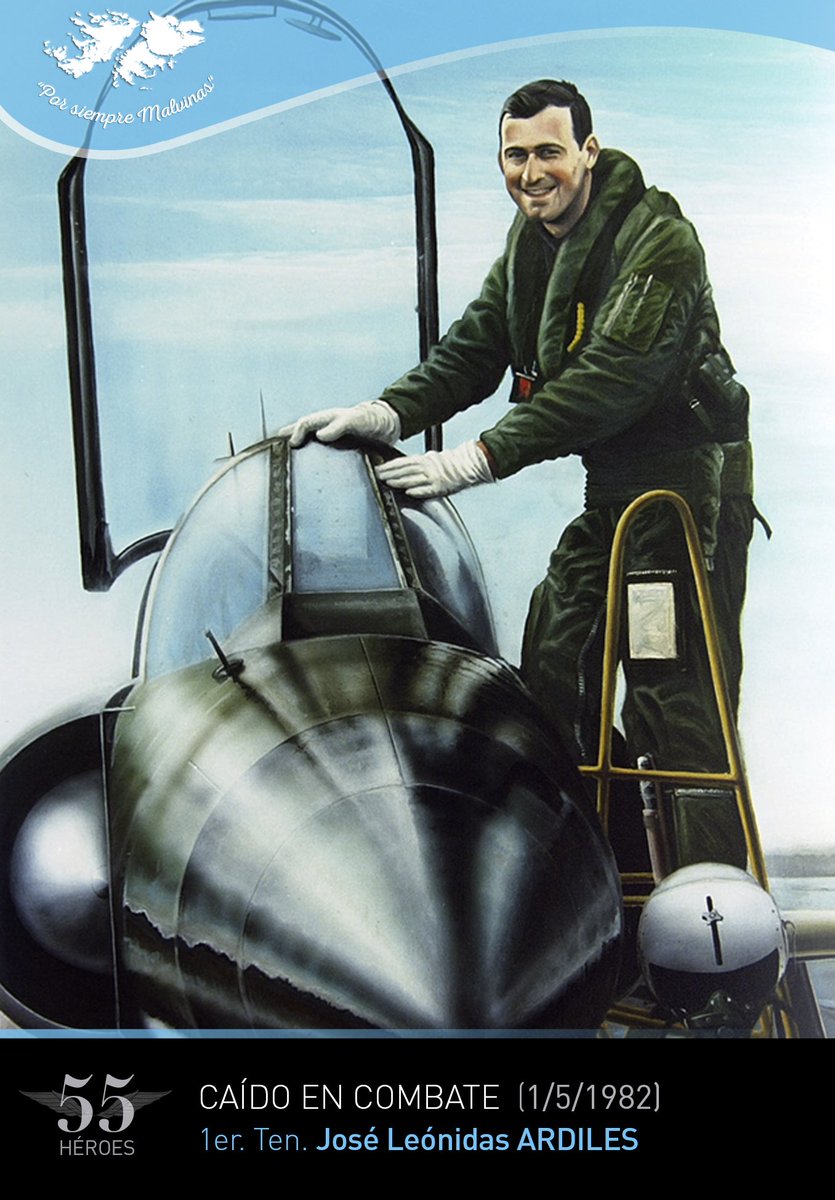 When Ardiles finally returned to Tottenham in January 1983, he quickly picked up where he left off, with his ability on the ball just as imperious as it ever had been. At the end of that season, Villa decided to swap North London for Florida, and joined the Fort Lauderdale Strikers. Unlike his compatriot, however, Ardiles chose to remain at the club that had supported him throughout the entire Falklands debacle.

His faith to remain with the team was rewarded the very next season as Tottenham won the UEFA Cup, although his involvement in the final was restricted to a substitute appearance in the second leg. This was the final piece of silverware that he would win as a Spurs player despite staying with the club until the 1987/88 season.

One of his final highlights came in the autumn of 1987, where he spent a month as caretaker manager between the resignation of David Pleat and appointment of Terry Venables. After 221 appearances for the Lilywhites over the course of 9 seasons, during which he scored 16 goals, Ardiles finally left Tottenham to join Blackburn Rovers.

Struggling to get into the Blackburn team, he then moved on to Queen’s Park Rangers, where he was equally unsuccessful in getting regular game time. His decision to join second tier club Swindon Town as manager in 1989 proved to be a smart move, as his attacking style impressed fans and led to them winning promotion to the top flight for the first time in the club’s history. This triumph was then cruelly snatched away just 10 days later, when the football league demoted them for financial irregularities.

The rest of Ardiles’s footballing career was spent as somewhat of a journeyman manager, coaching teams in England, Japan, Israel, Argentina and Paraguay with mixed success. He even returned to White Hart Lane to manage Tottenham, but he lasted just one season before being sacked due to poor performances. Despite this failure, Ardiles is still well-loved at the club and, alongside Ricky Villa, was inducted into the Tottenham Hotspur Hall of Fame in 2008.

Ultimately, Ossie Ardiles is a player that you can’t help but admire. He left everything he knew behind in order to blaze a trail so that other foreign players received the option to play in England. Despite his shortcomings as a manager, he defined the greatest era that Tottenham had ever seen, and even their staunchest rivals would admit he was one of the most gifted players to ply their trade in England during the 1980s.

With his mesmerising dribbling and stunning eye for a pass, the Piton will always be remembered as one of the few players befitting of the title: “midfield maestro.”

Note: This article was originally published on Football Chronicle.