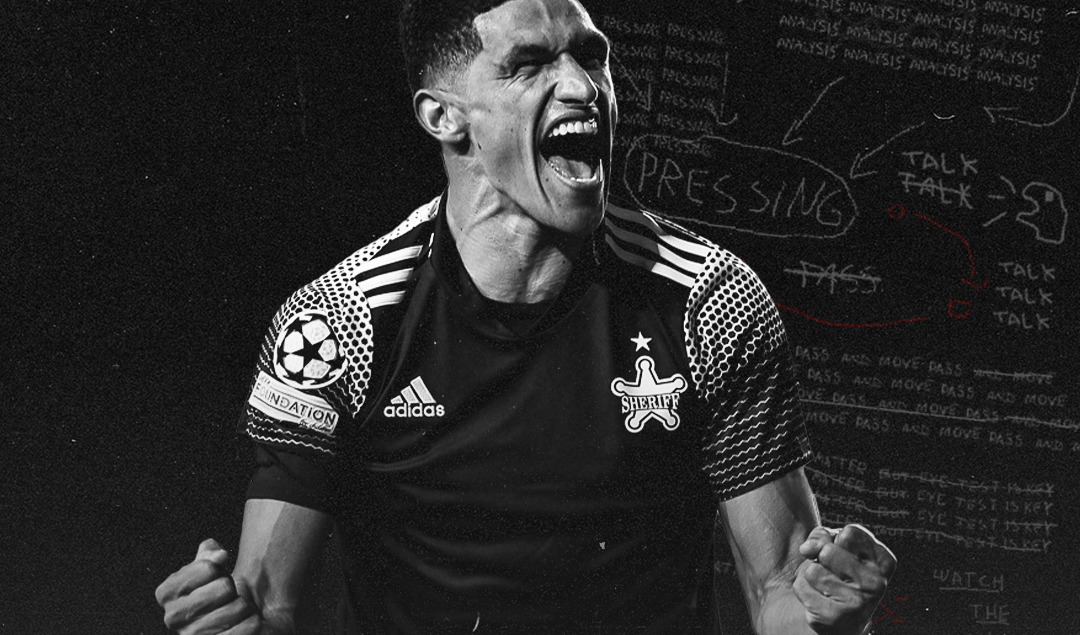 “Who?” Was the reaction from many when Sheriff Tiraspol were drawn from pot four into a group surrounded by Champions League heavyweights. The question, in this instance, is probably a fair one. Even the most dedicated Football Manager players and self-proclaimed European football experts would be hard-pressed for knowledge on these Champions League debutants. The first Moldovan side to ever qualify, Sheriff Tiraspol’s story is one defined by geopolitical tension, financial intrigue and not least some excellent football.

For Sheriff, the European journey began in Albania. A comfortable 5 nil aggregate win against the Durres-based side Teuta put them through to the next round of qualification. Then a hard-fought win against Armenian side Alashkert made it look like Sheriff had just about reached their ceiling which really couldn’t have been more wrong.

What followed instead were stunning wins against Crvena Zvezda (AKA Red Star Belgrade) and Dinamo Zagreb, both of whom have played Champions League football competitively in recent years. A staggering football achievement but one that has to be looked at in the context of the club’s recent history.

So why hasn’t Sheriff Tiraspol’s qualification been cause for celebrations across all of Moldova? Well, because the club doesn’t consider itself Moldovan at all. Tiraspol is the capital of a region called Transnistria, which considers itself to be its own state. Despite being a relatively small piece of land near the Ukrainian border, Transnistria is home to 500,000 people and doesn’t mess about when it comes to independence.

The region has its own parliament, police, military, postal services and even it’s own vehicle registration details, combine this with the fact that Transnistria has a flag, constitution and national anthem and you have all the aspects of a fully functioning country. But Transnistria could only dream of such a status.

So let me put this into perspective a little bit. I don't think a lot of folks truly understand what it means that a team from Moldova has made it to the Champions' League.
I grew up a 15-minute drive from Tiraspol and I can give you a tiny bit of an idea… https://t.co/m1FKJEj167

Created in 1990 amidst the breakup of the Soviet Union, the ‘state’s aim was to remain under socialist rule as part of the crumbling empire whereas the rest of Moldova looked to potentially unify with Romania. Although a short civil war broke out from 1991-1992 a ceasefire was hastily agreed and remains in place to this day, creating the bizarre situation the autonomous state finds itself in today.

While the rest of Moldova has adopted Romanian as their official language, Transnistria is still made up of Russian speakers, the area is guarded by the Russian military (about 1000 troops) and even though Russia is yet to formally recognise the state, they provide free gas for its citizens and help to subsidise pensions for the elderly. It’s important after hearing all this to remember that Transnistria, the home of Sheriff Tiraspol, is not recognised by a single member of the United Nations.

So all in all I think it’s easy to see why there is no reason for the entirety of Moldova to be celebrating the success of Sheriff Tiraspol on geographical grounds.

‘Anomaly’ is a word that you’ll see used over and over when looking at the credibility of Sheriff within the context of Moldovan football. The ‘Sheriff Sports Complex’ stadium is where the Moldovan national team now play their home international fixtures which on the surface is obviously comically ironic but when you stop to have a look around what the rest of Moldovan football has to offer, there is really little other choice.

Sheriff Tiraspol play at a 12,000 capacity, £145 million stadium. In comparison they play in a league where only one other team actually owns their stadium, a league where no other team owns their training facilities, so no one will be surprised to learn they have won the title in 17 of their 19 top-flight seasons since new ownership.

The ownership of the club itself is shrouded in secrecy and suspicion. The club’s owner Victor Gusan is the owner of a wider cooperation named ‘Sheriff LCC’, a group that has a premium run over the small autonomous state controlling both the economic and political sectors.

Although some of Sheriff’s wealth appeared to have come overnight, some have suggested that a loosely guarded Ukrainian board as well a short 50-mile commute to the black seaport of Odessa means the area has long been a “smugglers’ paradise”.

The aims of the Sheriff owners upon completion of the Sheriff Sports Complex were to create a place which could be used to facilitate a generation of quality Moldovan footballers, to create cross border rivalries with other European superpowers and finally to attract talented players from Africa and South America to the Divizia Nationala. They failed miserably at the first two, largely because they involved trying to persuade others to buy into the brand, but in fairness have smashed the third out of the park.

Sheriff went into their second leg clash against Dinamo Zagreb only needing to avoid a 3 goal defeat, so it’s interesting that despite the comfortable circumstances Sheriff only had one Moldovan national on the pitch and he was a naturalised Brazilian. The starting lineup that day gave the neutral a glimpse into the empire that had been created in Transnistria which treats domestic fixtures as a mere formality.

The squad boasts talents from Colombia, Peru, Brazil, Nigeria, Mali, Greece, Serbia and more. This is a normality for most European leagues in the modern day, but this is a league where the majority of teams can only afford to employ one or two players who aren’t from Moldova, meaning their counterparts are left trying to piece together competitive sides with players from the national side ranked 175th by FIFA.

For context, six of the other eight teams in the league could combine squads and wouldn’t have the value of the Sheriff squad, the type of statistic that has ripped any credibility away from Moldova’s domestic game.

It’s always exciting to have a new team in the Champions League. Generally, we tend to celebrate any crack in the European elite that allows light for a new team to shine through and it will be a fantastic experience for a group of players who have taken an unusual route to the top. But it’s difficult to justify how Sheriff’s enforced dominance and trivialisation of Moldovan football is something to celebrate.

The sparse 1,500 that spread out across the 12,000 seater stadium on a matchday speaks volumes of how the repetitive nature of 6 consecutive titles has quashed any sense of excitement even amongst locals, surely the visit of the stars Real Madrid and Inter Milan will inspire a revival..right?