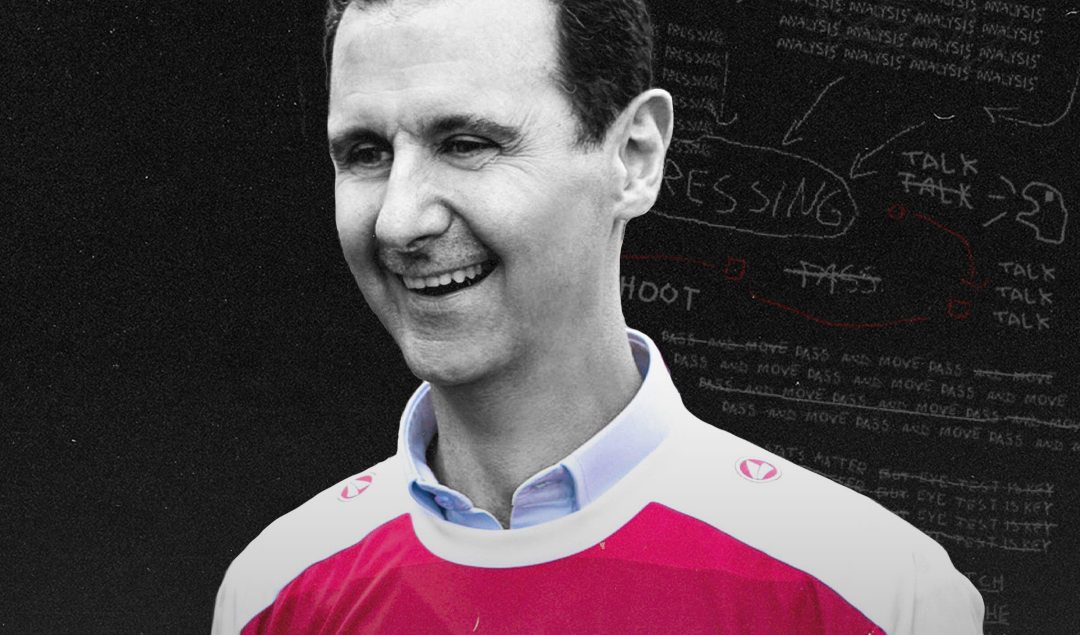 Little over a year ago, FIFA visited Syria for the first time since 2012. They combined this visit with the mission to “assess the country’s footballing situation” for the first time in eight years. Additionally, when FIFA announced this on their website, they acknowledged the continued resilience and spirit in continuing the development of football despite military conflict severely slowing down progress since it broke out in 2011.

Above all, it is important to recognise that all progress made in regards to Syrian football, it made in the shadows of conflict that are drearily cast above it. Day to day life in Syria can’t be looked at without looking at the impact violence has had – and sport isn’t a separate entity.

Now, a decade since the Syrian Civil War began in March 2011, the national team find themselves approaching the crest of a wave. The country have never qualified for any World Cup and despite reaching the fourth qualifying round in the AFC qualifiers for 2018, they raced through to the third round of qualifying for the Qatar 2022 World Cup and this leaves fans of Syrian football with a renewed sense of optimism.

Firstly, however, what is the extent of the conflict in Syria? Who does it involve? And what effect can football’s improvement have in Syria have on the conflict?

Crucially, the war in Syria is very complex in terms of what sides of global politics are for the President of Syria, Bashar Al-Assad, and who are his enemies. The war is not black and white with just two sides fighting each other, but is in fact a war where many factions are at war with each other and many others on the outside that has – or continued to – see Syria as part of a larger proxy conflict (Saudi Arabia and Iran).

The unrest began when, as part of the more holistic Arab Spring in 2011, calls for Al-Assad’s removal from presidency escalated after years of discontent towards both the Syrian government and army. The war has, and continues to be led by Al-Assad along with domestic and foreign allies (Russia and Iran most notably) and the many factions that oppose the Syrian government and those who have supported those factions.

The US, UK, Saudi Arabia have all supported or continue to support the Syrian Interim Government, an alternative government formed in opposition to Al Assad’s regime. Turkey has also directly intervened with its own military aligned with the Syrian Opposition groups which led to the Turkish occupation of Northern Syria.

Make no mistake; the Syrian war is one of the bloodiest and most tragic this century. More than half a million people have been killed in the conflict and well over 12 million people have been displaced. Consequently, this has left Syria’s population now less than half of what it was before the war and as the conflict rages on, the ripple effects continue to be felt on a global level.

Where Does Football Come in

Prior to the war, Syrian football had sparse yet savoured. In 2004, Al-Jaish won the AFC Cup (akin to a Europa League equivalent to Asian football) and became the first Syrian club to win any continental title. This nearly followed two years later, when Al-Karamah lost the AFC Champions League final to Jeonbuk Motors in a dramatic 3-2 aggregate defeat, despite winning the second leg 2-1.

Just one year before the civil war broke out, Al-Ittihad became the second Syrian winners of the AFC Cup after beating Kuwait side, Al-Qasdia. Since the civil war, an accusation levelled against Al Assad’s government is that football has often been used as a smokescreen to distract away from the countries constant upheaval and make the countries discourse seem secondary and only serves to normalise the current situation.

A fairly used and often levelled assertion is that football is practically impossible to not politicise in a situation like Syria’s. It is a country where speaking out against the president has gone well beyond them being deselected and in some occasions have been forced to flee their home and in an ESPN investigation, it was flagged that regime forces have killed 38 players in Syria’s top two divisions since the war began, a number that is surely much higher now. Politics and football are inseparable because in Syria, daily life is inherently political.

In addition to not playing a single national team match in Syria itself, they were one day away from being thrown out of 2018 World Cup qualification all together for not finding a place to host their ‘home’ matches. This was saved when Malaysia swooped in to save their seemingly feint hopes of qualifying.

Showing Improvements…But to What End?

After an impressive qualifying campaign for the 2018 World Cup that included wins against Qatar, Uzbekistan and China, the last which was directly linked to World Cup winning manager Marcelo Lippi resigning from China. It was a hugely proud moment for the team. Triumphing over a country with over a billion people – whose government announced a concerted effort to improve their own national team before the campaign – shouldn’t go unnoticed.

However, for many people the road to an eventual first ever World Cup is a great idea, a dream even; but it is argued by many that supporting this rise and separating the politics that are so intrinsic to the national team, implies complicity and support with Al-Assad’s government and doing his work for him. Sport is a tool for soft power. A tool can cleanse the reputation of political power or at the very least distract away from it.

Syria’s star striker and captain, Omar Al-Somah is third top scorer in Saudi Arabian Premier League history and the highest scoring foreigner in Saudi domestic football history. Al-Somah is the jewel in the currently-being-constructed crown for the national team. His goalscoring record at Al-Ahli speaks for itself. He is a tall, strong and powerful striker and has been an effective leader for Syria.

In addition to Al-Somah, Syria have a group of players that have strong individual talents who have grown increasingly familiar with each other through the trials and tribulations of 2018 World Cup qualifying and have grown into a very functional and effective team in 2022 qualifying.

The group was drawn for the third round of qualifying last week and Syria were placed into a very tough group alongside Iraq, South Korea, Iran, UAE and Lebanon. While the group is difficult, it is definitely not impossible and supporters of the national team shouldn’t be too discouraged as they have recently showcased an incredible, combative spirit that has kept them in many games.

Firstly, it is important to establish the Syrian national teams rise is extremely impressive and, for supporters, it is incredible to see their rise and the prospect of a first ever World Cup may well be on the horizon which is remarkable. It is important to also acknowledge the precarious and dangerous position Syria’s future and politics are in, and why it is beneficial for Al-Assad’s government to use the national team’s rise as a unifying force, a lightning rod to globally project that the country is somehow still functional.

FIFA talk in their statement about how “Syrian football is on its way back” and omitted to acknowledge the notion of the players not taking a politically neutral stance. But they are not doing any service to improving the nations football by ignoring the politicisation of football in Syria and ploughing on with praise about the Syrian Football Association and arguably, normalising the status quo.