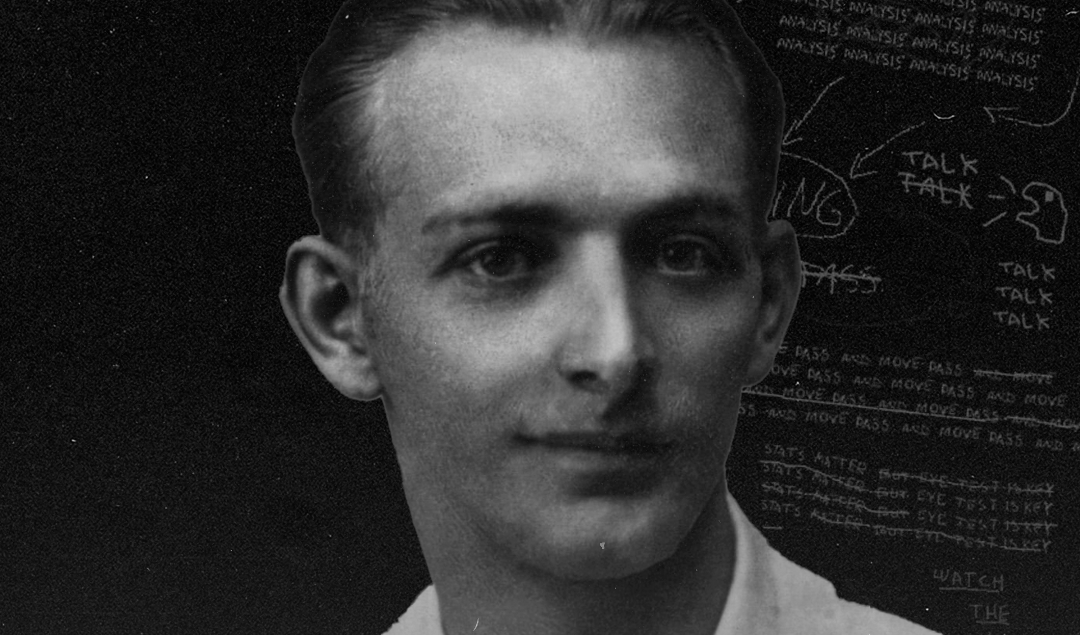 When we think of incredible football teams, the mind immediately wanders to the likes of Brazil 1970, West Germany of 1974 or more recently Manchester United’s 1999 Treble winners, Arsenal’s Invincibles or the Spain team of 2008-2012. What about the Wunderteam? It could be argued that the icons of Austrian football tend to get overlooked when we talk about the great teams of the past.

The Wunderteam is the name given to Hugo Meisl’s Austria team of the 1930s who became renowned for the quick passing style of play that was made famous in Scotland and then introduced to Europe by Jimmy Hogan (there’s probably an argument in there that the real ‘home’ of football is Scotland).

Hogan – an Englishman, was born in 1882 in Lancashire he was considered a talented player and had an 11-year playing career with the likes of Burnley, Fulham, and Bolton Wanderers. It is Hogan’s venture into coaching that is most interesting as without Jimmy Hogan, the Wunderteam wouldn’t have existed.

His first managerial role was at Dordrecht in The Netherlands where he set about implementing the combination game (the passing game as we know it today). After a single game stint in charge of the Netherlands National Team, Hogan landed the Austria Wien job in 1911-1912, his successor would be none other than Hugo Meisl.

It was thanks to Meisl that a league system was established in Austria in the 1920s. He began working for the Austrian FA as an administrator and then became first team manager in time for the 1912 Olympic Games, the biggest competition in international football at the time.

After a disappointing 1-1 draw with Hungary in the lead up to the Olympics, Meisl was so disconcerted by his team’s performance that he asked the referee how they could improve. That referee happened to be James Howcroft, and he recommended that Meisl should employ a professional coach to improve the preparation of the team. His recommendation? His friend, Jimmy Hogan.

The outbreak of WW1 meant Hogan was interned as a foreign prisoner of war, but he was smuggled to the Hungarian border and ended up in Budapest. He took charge of MTK and laid the foundations for them to go on to dominate Hungarian football by winning 10 league titles in a row.

Hugo Meisl remained as Austrian National Team manager and oversaw their rise to prominence in the 1920s and 30s. It was around this time that coffee houses in Vienna and Budapest became hubs of football analysis, intellectual conversations between like-minded individuals about football tactics became the norm. Football teams themselves would often end up in Coffee Houses after a game to dissect what had happened on the pitch.

During the late 1920s/early 30s the Wunderteam era was in full effect. The quick passing style that Meisl had implemented saw Austria become a very celebrated team during this period.

The team went on a fourteen-match unbeaten run between April 1931 and December 1932, this saw them crowned winners of the Central European International Cup (what we know as the European Championship now) beating Italy 4-2 in the final.

The Evolution of the False 9 Role

Leading up to the 1934 World Cup in Italy the Wunderteam recorded huge wins over their opponents, including 5-0 and 6-0 victories over Germany. Going into the tournament they were considered the favourites to win. The Austrian way of playing became known as the ‘Danubian Whirl’ with the five forward players constantly interchanging positions and the team using quick passing to bypass their opponents.

The 1934 World Cup was sadly not meant to be, after knocking out big rivals Hungary in the quarter finals, a meeting with Italy was set up for the semi-final. Bad weather limited Austria’s ability to play their lauded passing game, Italy scored the only goal of the game when the Austrian goalkeeper was pushed over the line.

As you can imagine the referee faced intense criticism for bias towards the hosts, he then refereed the final, which Italy won. Austria faced Germany in the third-place playoff and suffered a 3-2 defeat. This Austria team went down in history as one of the best footballing teams who failed to win the World Cup.

The 1936 Olympic Games gold medal match offered a rematch of the World Cup final, yet again a single goal would separate the teams with Italy victorious. Meisl’s death in 1937 was really the beginning of the end for the Wunderteam, they did go on to qualify for the 1938 World Cup but withdrew after the Anschluss to Nazi Germany. 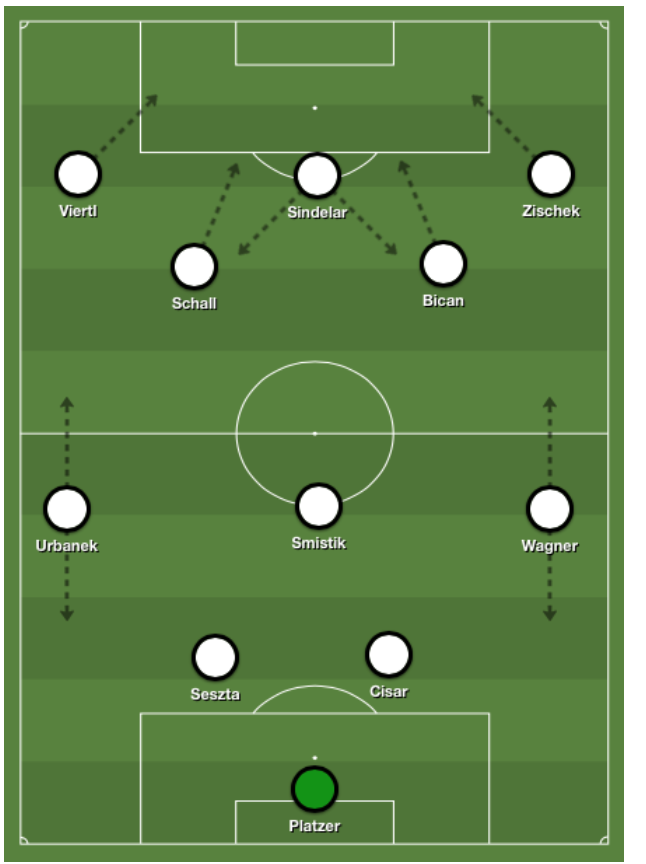 Known as ‘The Mozart of Football’ or ‘The Paper Man’ (due to his slight frame) Sindelar is considered one of the greatest Austrian players of all time. By the age of 15 he was already considered an excellent finisher, he used his slight physique to quickly dodge his opponents and get through the defence.

Following the 1938 Anschluss, the Nazi regime organised a friendly match between Germany and Austria. The prearranged plan was for the game to end in a 0-0 draw as the Austrians had been informed not to score against the Germans.

Sindelar had other ideas, he not only scored a goal, but he also celebrated by mocking the Nazi officials and showing his love for Austria. Although infuriated, the regime acknowledged the prolific striker was an incredibly talented player and consistently requested him to play for the Third Reich, Matthias Sindelar refused every time, citing old age (35) or injury as his excuse.

On 23rd January 1939 the Austrian and his girlfriend Camilla were found dead in their Vienna apartment. The official cause of death is stated as carbon monoxide poisoning however there are many claims disputing this, it has been suggested he was in fact killed due to his opposition to the Anschluss as the Gestapo had a file on him and the cafe he owned was under surveillance.

An investigation was opened and quickly shut down, there has been a mysteriousness surrounding his death ever since. Sindelar was (and still is) the greatest footballer Austria has ever seen, fiercely loyal to club and country he will always be respected and remembered for his incredible abilities on the pitch and standing up for his beliefs off the pitch.

Overall, the Austrian Wunderteam never got the chance to live up to their expectations due to poor refereeing in the 1934 World Cup Final and the outbreak of World War II saw that the world never saw the Wunderteam play together again. While they are rarely spoken about, this team will always be down in history as one of the best footballing teams the world has seen.