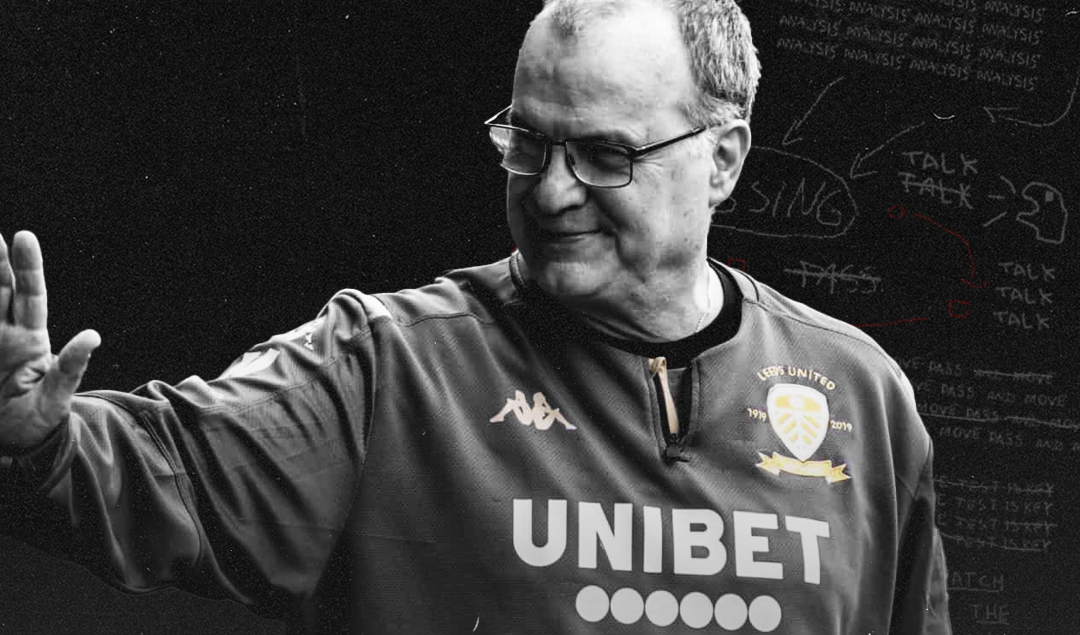 The stars of Leeds United dropped on their feet as referee Urs Meier blew up for the final time. Around them, Valencia fans rejoiced as the sun set over the famous Mestalla pitch.

Having mustered a stalemate in the first leg of the Champions League semifinal, they were torn apart at the seams by Héctor Cúper’s Valencia, who took home a 3-0 victory courtesy of a brace from Juan Sánchez and a goal from Gaizka Mendieta. This game was one too many for David O’Leary’s youthful outfit as they bowed out of Europe, though hope for the future still remained.

19 years have passed since that night in the famed Spanish city where the Turia River meets the Mediterranean Sea. But whilst the footballing world sailed on into the late 2000’s, bankrolled by the commercialization of the beautiful game, Leeds were to hit rocky waters that would take the best part of two decades to fix.

That defeat was the start of a long chain of events that would see The Peacocks fall rapidly down the footballing pyramid. They would encounter conmen of the highest deception, football of the lowest caliber, and eventually stumble across a man that would turn the staunchest of non-believers into adherents.

The story of Leeds’ demise is a well-told one; irresponsible over-spending in the Peter Ridsdale era eventually catching up to the club when the European football cheques relinquished. The heroes of the side that competed with Europe’s elite departed, whilst young stars such as Rio Ferdinand were sold for a pittance. In 2004, the club were relegated to the England’s second tier for the first time since 1982. 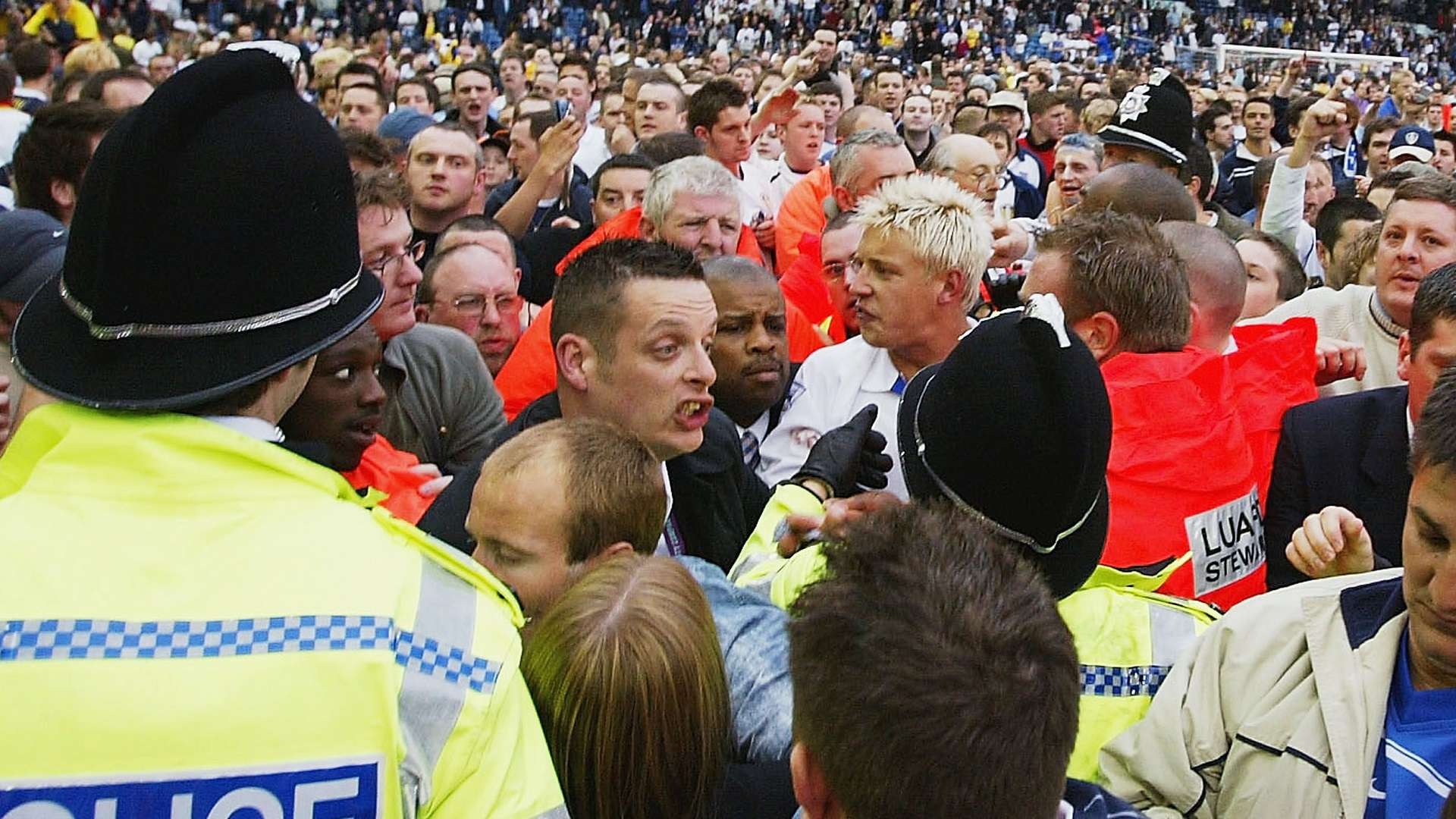 Whilst they swept away their tears and prepared for life in the second division, the man who would eventually become their own Prometheus achieved Gold for the Argentinian football team at the Athens Olympics. Marcelo Bielsa was the mastermind behind his native country’s first Gold medal since 1952, and despite successful spells in charge of Athletic Bilbao and the Chilean national team, this would be the last piece of silverware for El Loco until he crossed paths with the fallen giant of Leeds United some 14 years later.

It is not hyperbole to say that Leeds have been endured a widely publicized Armageddon, dropping to the bottom of League 1 with -15 points after being taken into administration by crooked owner Ken Bates, who had previously served as Chelsea owner before selling the club to Roman Abramovich for £140 million.

Whilst Leeds languished at the foot of English football’s third division, their former rivals in the Premier League basked in the glory of the growing popularity of the footballing industry. Trophies seemed to cling to Sir Alex Ferguson’s Manchester United like magnet to steel, and whilst their honors list grew, so did their bank balance.

Since The Whites crashed out of the Premier League in 2004, domestic TV Rights value has skyrocketed from £1.1 billion to just over £5 billion today. With each club in the top table benefitting from at least £100 million in TV money every year, this ensured the divide from the rest of English football grew bigger with every passing moment.

The tenfold increase of revenue has no doubt been beneficial; it’s helped attract some of the biggest names in football to the country, with adoring fans from all over the world tuning in to watch matches at unruly hours. But as the popularity of the English game grew to unimaginable heights, did it unintentionally cause the loss of many clubs’s deeply rooted identities?

A perfect example of this perceived tragedy is the demolition of some of the classic English stadiums, from Highbury to Upton Park and then back to North London at White Hart Lane. 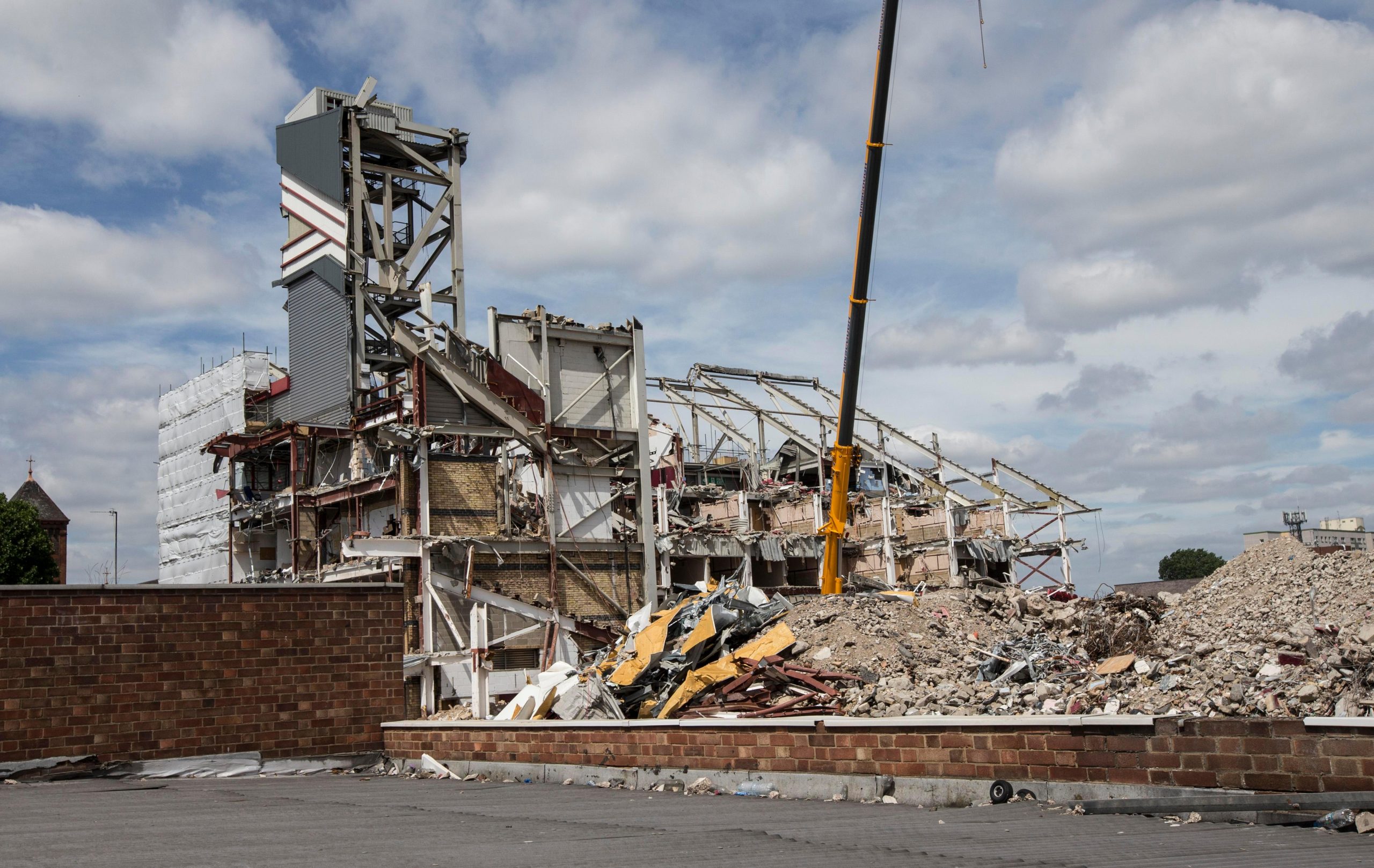 Was the move from the historic terraces of these stadia necessary? Perhaps in Arsenal and Tottenham’s cases it can be justified, with their former grounds too small to accompany their ever-expanding fan bases.  However, West Ham’s situation is a tragic one, and it’s no surprise that their performances over the last few years have been adversely affected due to their move to the Olympic Stadium.

Which is why Leeds’s 16-year absence from England’s top flight has come with its benefits. Despite everything the club has been through in that span, the fortress of Elland Road still remains. The historic Don Revie Kop stand still spurring on their heroes of Kalvin Phillips and Pablo Hernández, like it did 50 years prior with Billy Bremner and Peter Lorimer.

A cauldron of passionate and battle-hardened Leeds fans yearning the players on, kicking every ball with them. This is a trait that has been sadly lost with the introduction of the plush all-seater stadia that the Premier League now finds itself stocked with.

Leeds United are the antithesis of what a modern-day top-flight club is.

Their fanbase’s perceived ‘arrogance’ is far from it — 117 songs are sung by rival sides about the Whites. Everybody knows the catchy and amusing “We All Hate Leeds Scum” chant; in fact, 41 teams actively use it!

Leeds give as good as they get, and that’s an awful lot.

And though the Dirty Leeds name tag has stuck like a childhood nickname, under the stewardship of owner Andrea Radrizzani and manager Bielsa, the club has transformed into one which the fans can be proud of again. 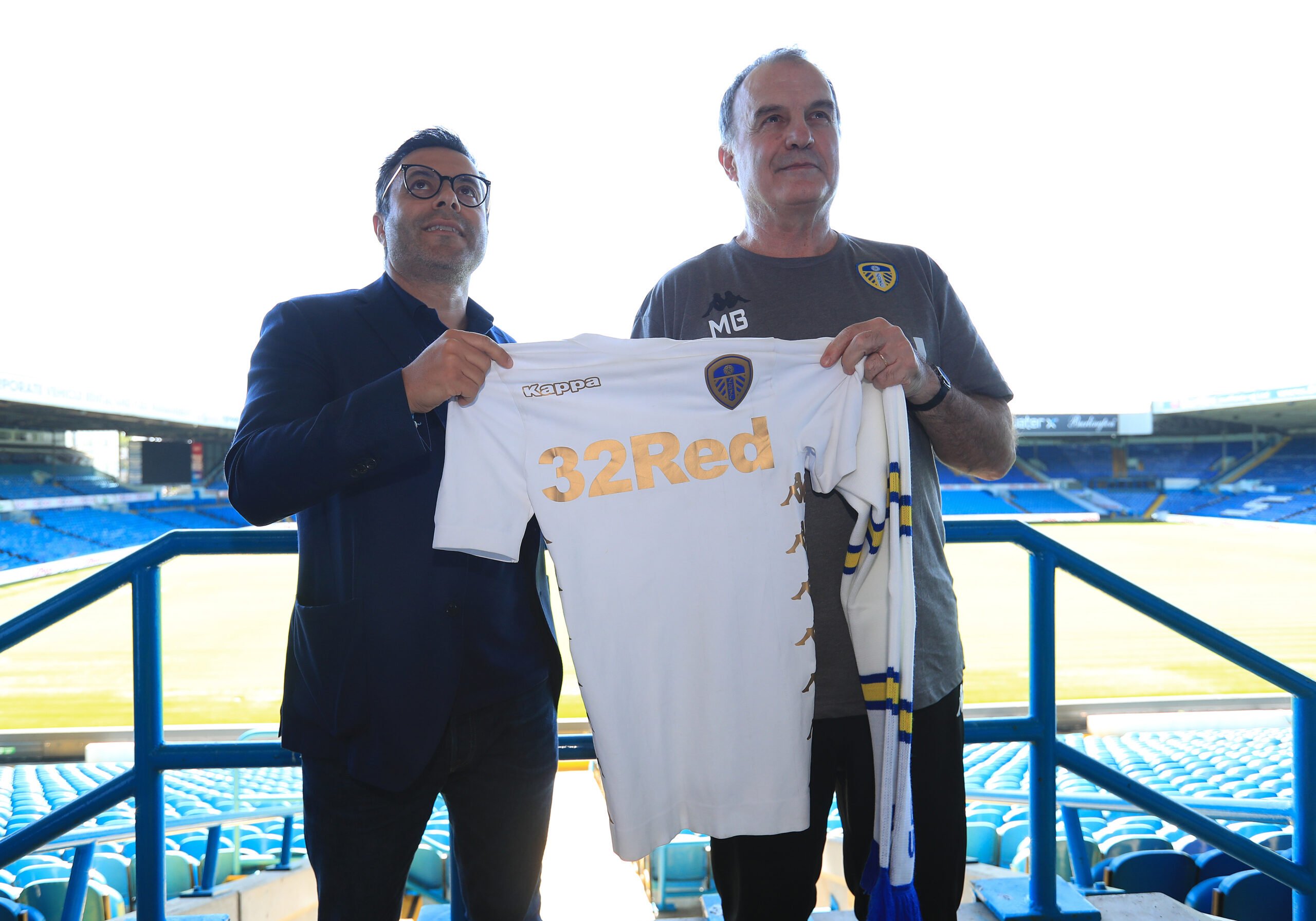 Take Bielsa for instance. On one of his very first days as manager, he made the entire team clean up litter for the same amount of time that it’d take a fan to earn enough money to go see a game.

Or the various programmes that Leeds support, such as the Children’s Heart Surgery Fund, where boyhood White Kalvin Phillips can often be found cheering up and bringing a smile to young people’s faces.

If truthful, Leeds loathe to be liked. The hate that they receive is part of the culture that helps mould the siege mentality that has served them well in the face of adversity in seasons gone by.

Fans of Chelsea, Liverpool and both sides of Manchester have undoubtedly enjoyed years of glory whilst Leeds rotted away from the jamboree that occurred in the league above them.

Indeed, James Milner was still a fresh-faced teen when he slumped to the turf at the Reebok as the team he’d supported all his life were relegated way back in ’04.

Since then he’s enjoyed an illustrious career, winning numerous Premier League trophies along the way, with a Champions League also in the bag as he enjoys the twilight of his 18 years on the biggest stage. 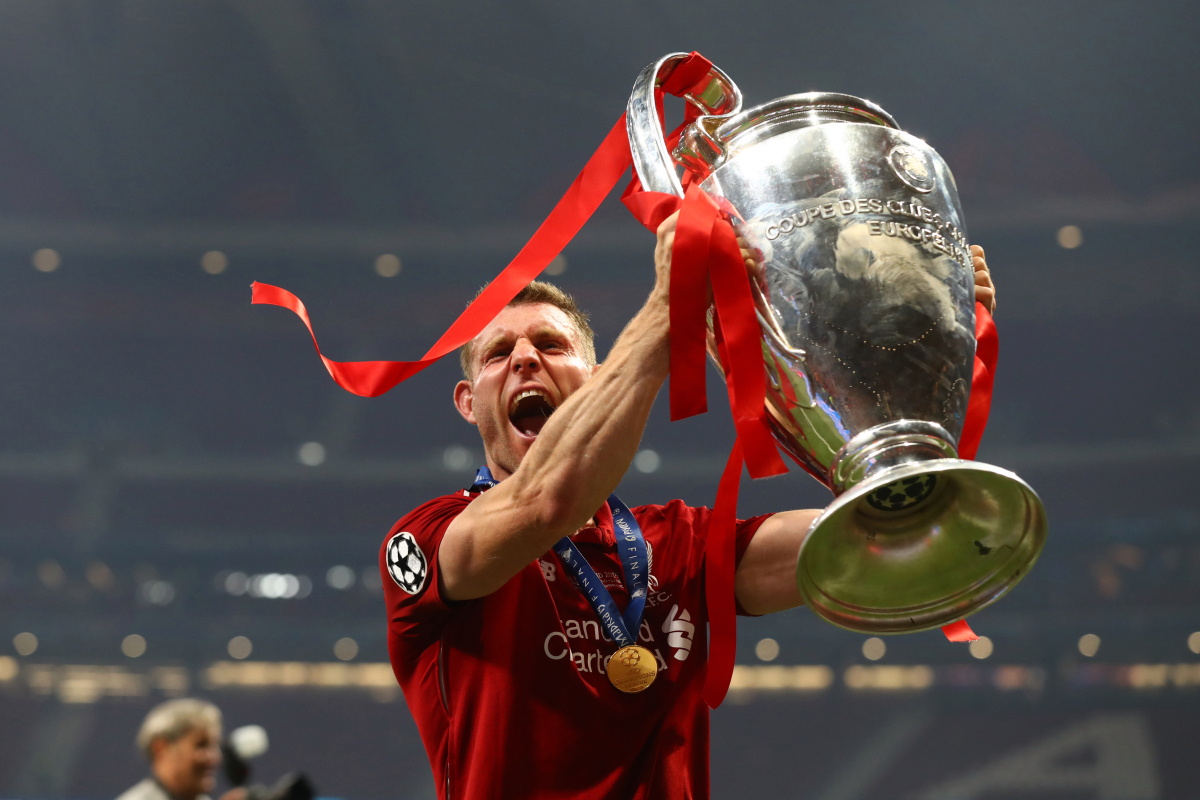 Or take Pep Guardiola; in the time that Leeds have fought with Hereford United and Histon FC, the legendary manager has retired from his playing days, took a pilgrimage to Buenos Aires to seek out Bielsa for advice, and then completely revolutionised the English game.

Leeds had chances to make the jump up before Bielsa announced his arrival like a Messiah consigned from Heaven. But truthfully, would they have stood a chance with Simon Grayson or Garry Monk? With Massimo Cellino or Ken Bates?

It would have been a dissatisfying reunion, like a rekindling of a relationship with an ex when there’s still a bitterness between you both. But now, the men from LS11 look both Premier League on and off the pitch.

It’s been 19 years since that journey home from the City on the Sea, Valencia. Leeds’ Nostos has been one that even Odysseus himself could appreciate. Their homecoming will be one that nearly everyone will welcome, from London to the Tyne.

And if they don’t? Well, The Whites simply don’t care.

As a famous Scot once said in regard to Leeds’s detractors; “This club was never made for them.”