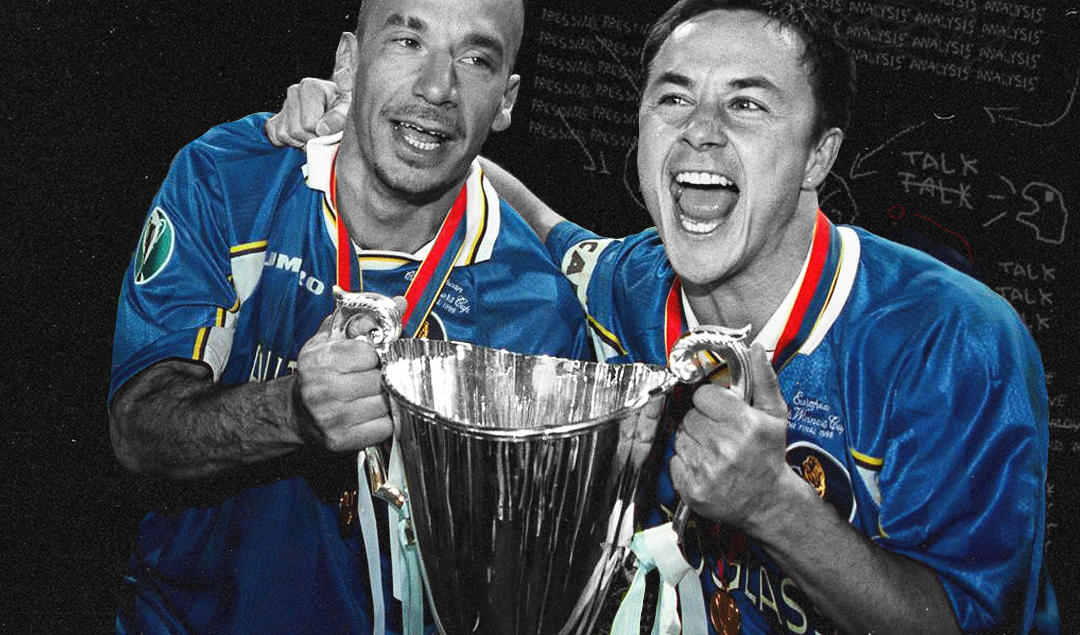 The Union of European Football Associations (UEFA), European football’s administrative body, have had talks regarding establishing a third continental competition since late 2015. Commencing at the start of the 2021/22 season, The Europa Conference League is the fruit borne from the years of discussion.

This tournament is designed to give teams from nations smaller in size and lower in UEFA coefficient rankings the opportunity to compete regularly against others from around the continent. These teams will qualify via elimination from Champions League and Europa League qualifying; league position and winning domestic cup competitions. The top five leagues will also be represented in the Conference League, albeit less so than in the UCL and UEL.

The finalization of the Conference League and the subsequent news around it reawakened memories of hearing about UEFA Cup Winners’ Cup games from the last century. The CWC often served as an avenue for a big club to get its hands on silverware in an otherwise average season, or for a small club to go on a fairytale run and win it all.

Whilst the UEFA Intertoto Cup is less well regarded/remembered by history; it provided a platform to qualify for the then-UEFA Cup for clubs who missed out on European places in their respective leagues, as well as failing to win the domestic cups. Oh, and it was a summer tournament. Quite niche, in my opinion.

The UEFA Conference League has interlinked bits and pieces of both these tournaments in its creation. This article examines the history of the previous continental competitions and the format of the new one.

In 1955, the European Cup (now UCL) was established by UEFA, and the Inter-Cities Fairs Cup (Now UEL) by FIFA. The idea for the European Cup had come from the then-editor of longstanding French sports newspaper L’Équipe, Gabriel Hanot. As years went by, these tournaments began to grow popular amongst fans and the media.

The Copa Latina: A False Dawn for Continental Football in Europe

Prominent European sports journalists, having witnessed the pull of the media via Hanot and the European Cup, began lobbying for the creation of a pan-European Cup competition for the domestic cup winners of individual nations.  The journalists eventually got their wish, but not as they wanted initially. The introductory tournament was organized in the 1960/61 season by the Mitropa Cup Committee.

As you may have noticed, the Mitropa Cup Committee isn’t UEFA. This lack of UEFA designation ensured there was little enthusiasm for the inaugural tournament by bigger clubs eligible to qualify for it. UEFA then had 32 member nations, yet only ten teams participated in the’60/61 CWC tournament. It should also be noted that many member nations of the association had not established domestic cups yet, and amongst those that had cup competitions, few took them seriously i.e. England, Scotland, Spain and Germany.

Fiorentina won the inaugural CWC, beating Rangers in a two-legged final. UEFA eventually took over responsibility for organizing the tournament in 1961, leading to the number of teams (23) doubling for the second year. The reception to the first edition was overwhelmingly positive from both fans and the media, and all clubs eligible to qualify for the second chose to do so. The UEFA backing undoubtedly brought some pull as well.

The format was that of a straight knock-out tournament with two legs – home and away – from qualifying rounds all the way to the single-game final. The only two-legged final was the inaugural edition. By 1968, the success of the CWC was such that all UEFA member nations had set up domestic cup competitions in order to participate. The tournament at its pomp would consist of 32 teams remaining after the qualifying rounds, who would then battle it out in 4 knock-out rounds prior to the final. Entry was restricted to one team per member nation.

FC Barcelona were the most successful team in the competition’s history, with 4 victories between 1978 and 1998. The Blaugrana also finished as runners-up twice. Other teams to experience success in the CWC multiple times were Anderlecht; Chelsea FC, AC Milan and Dynamo Kyiv with two wins each. It was regarded for many years by UEFA as their second most prestigious tournament after the European Cup.

However, after the establishment of the UEFA Champions League to replace the European Cup in 1992, the CWC began to lose standing in the sport. The expansion of the UCL in 1997 allowed multiple teams from the highest-ranked members of UEFA to qualify for the most prestigious tournament, meaning bigger teams who normally would’ve played in the CWC could now play in the UCL. By the late ‘90s, the Cup Winners’ Cup was seen as an inferior competition by fans and teams.

Further expansion of the UCL allowed 3 or 4 teams each from the major member nations, and by the end of the 1998/99 season, dwindling public interest meant the decision was made to absorb the CWC into the UEFA Cup (Now UEL). The Cup Winners’ Cup was never won consecutively by a club in its 39-year history.

Originally called the International Football Cup, the later-renamed UEFA Intertoto Cup was the idea of Swedish side Malmö’s chairman Eric Persson; former Swiss national team coach Karl Rappan and founder of the Inter-Cities Fairs Cup and later-VP of FIFA, Ernst Thommen. The purpose of its establishment was solely to sustain betting pools through the summer when football was usually on a postseason break.

Thommen was a major stakeholder in betting, having become managing director of the Swiss betting pools in the 1950s. The stakeholders in the initial tournament were given approval by UEFA in 1961 to arrange the tournament themselves, whilst the administrative body refrained from getting involved due to the tournament’s purpose.

Clubs that had qualified for either the European Cup or the Cup Winners’ Cup were not allowed to participate. The then-IFC originally had a format of a group stage, then knockout rounds before the single-game final. However, by 1967, scheduling had become an issue; leading to the knockout rounds and final being scrapped.

Only the group stage remained as a result, with winners of each group receiving cash prizes. Prior to the change, Slovak side FK Inter Bratislava had the most IFC triumphs with back-to-back wins in 1962/63 and ‘63/64. It took until 1995 for UEFA to reconsider their stance and take control over organizing the tournament. This led to the change in format, as well as the name to the UEFA Intertoto Cup.

The format reverted back to the group stage and knockout stage, with 60 teams split into 12 groups of five each. The winners of each group advanced to the round of 16 knockout stage, with 4 other teams joining them on the basis of the highest points tallies amongst the rest. The round of 16 and quarter-finals were one-legged ties, with the semi-final then split into two legs. The winners of the semifinals were awarded with qualification into the then-UEFA Cup.

The inaugural edition of the UEFA Intertoto Cup was from 24 June – 22 August 1995,  with French sides Strasbourg and Bordeaux coming out on top. Any club that wished to participate had to apply for entry into the tournament, with the highest placed clubs right below the European places in their respective leagues allowed entry. The format was again changed in 1996, with three UEFA Cup spots allotted to teams in the competition.

60 teams were still participating, with the same 12 groups of five each. However, the change came in form of qualification to the knockout stages being granted to only the champions of each group. This led to a 12-team semi-final and 6-team final, with two legs for each stage. This format only lasted 2 years, before the group stages were scrapped in 1998 for a straight knock-out tournament.

It’s key to note that some clubs found this tournament disruptive when initially relaunched by UEFA in ’95, particularly English teams. 3 EPL teams declined spots in the tournament that year, which led to UEFA fining the English FA and threatening the nation’s participation in the UCL and then-UEFA Cup. This led to the English teams Tottenham Hotspur, Wimbledon and Sheffield Wednesday fielding weaker sides and floundering as a result. UEFA later made it possible to forfeit Intertoto Cup places, which Scotland, San Marino and Moldova did in 1998. England, Portugal and Greece forfeited one of two spots as well.

2006 marked the last change in format, and the beginning of the end. There were now three knock-out rounds instead of the previous five. Teams from better leagues still trickled into the second and third rounds, with two legs for all rounds. The third round consisted of 22 teams, with the 11 victors progressing to the 2nd round of qualifying for the then-UEFA Cup. The team that went furthest in the UEFA Cup from the 11 teams were then awarded a plaque at the end of the season, with Newcastle being the first to receive this award in 2006/07. 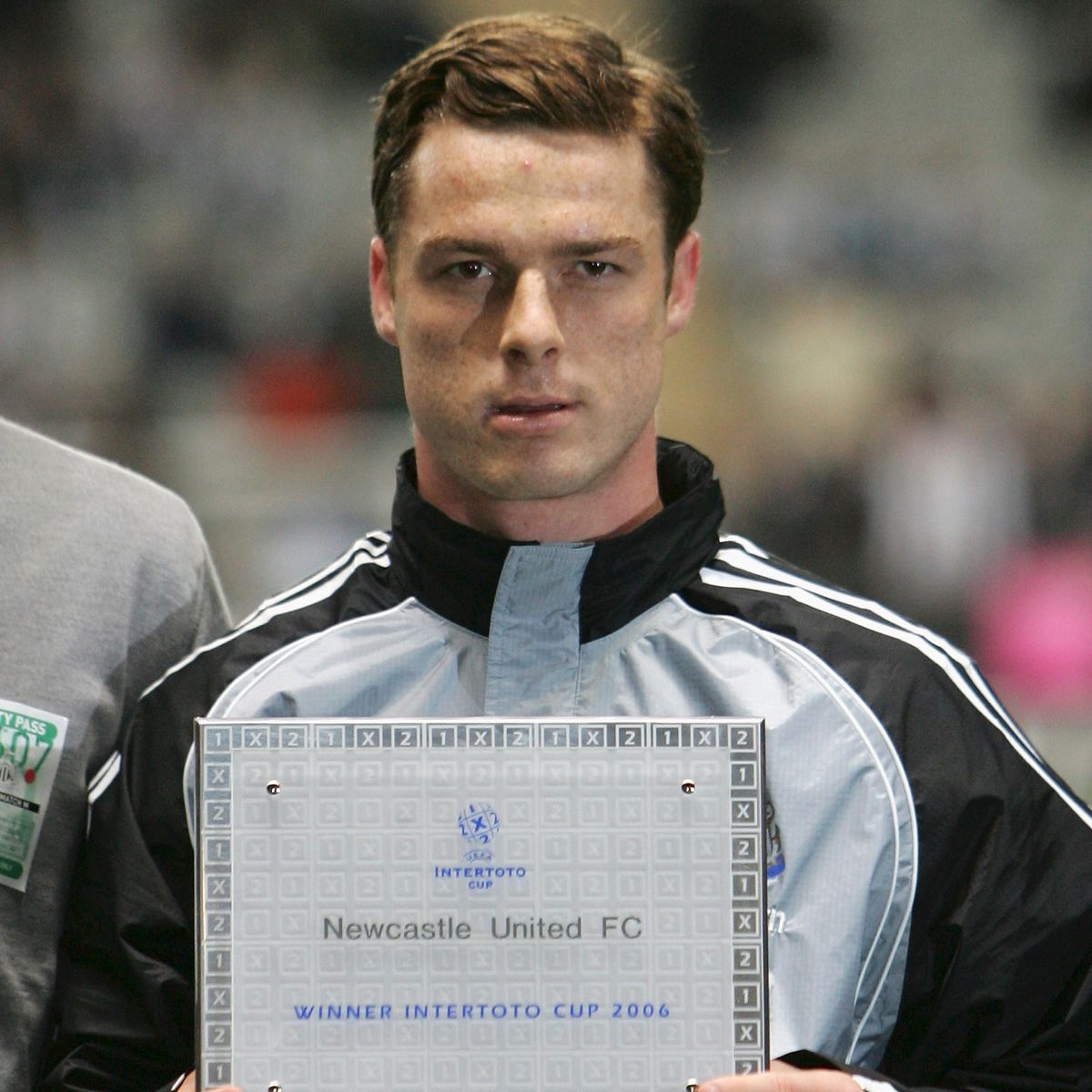 The election of new UEFA president, Michel Platini, in late 2007 brought about changes to the landscape of European football. It was announced that the Intertoto Cup would be abolished in 2009, with the Europa League qualifiers expanded to four rounds in order to accommodate former Intertoto teams. Only 4 clubs won the Intertoto Cup multiple times in its history; with Villarreal, Hamburger SV, VfB Stuttgart and Schalke 04 all winning it twice each. Villarreal won it in consecutive years, in 2003 and 2004.

The cup served as a platform for less heralded sides to make strides in competitions such as the UEFA Cup, with sides such as Bordeaux making to the UEFA Cup final in 1995/96 via the Intertoto route, or others such as Villarreal, AJ Auxerre and Bologna FC going deep into the knockout rounds of the aforementioned UEFA Cup in later years.

How will the Europa Conference League Look?

Qualification for the Europa Conference League is split into two paths – The Champions Path and The League Path. The Champions Path exists solely for teams eliminated in UCL qualifying rounds. The League Path determines the # of teams each member nation will have participating using the UEFA ranking system based on coefficients (numerical scores quantifying a nation’s performance in European club competitions from the past 5 years):

The format from the qualifying rounds onwards assumes that each member nation will submit their domestic cup winner as its highest-ranked qualifier after the European places. The first qualifying round consists of 72 teams; including 26 domestic cup winners from members ranked 30-55, 25 domestic league runners-up from those same members and 21 third-placed teams in domestic leagues of members ranked 29-50.

The 8 winners will then proceed to the knockout round proper. After this, the tournament follows the standard route of round-of-16, quarter-finals, semi-finals and finals. The winner of the Conference League will then qualify for the next year’s Europa League, the competition will be played on Thursdays. This format is for the 2021-2024 European Football cycle.

The Conference League, inspired by the flair of the Cup Winners’ Cup, incorporated elements of it with the prospect of various domestic cup winners from various member nations in the qualifying rounds. The tournament also incorporated elements of the Intertoto League with the winner being granted qualification into the UEL. It’s also a trophy. Yes, not the most prestigious, but it’s still a reward for the toil of a long, hard season. Let’s see how it goes.