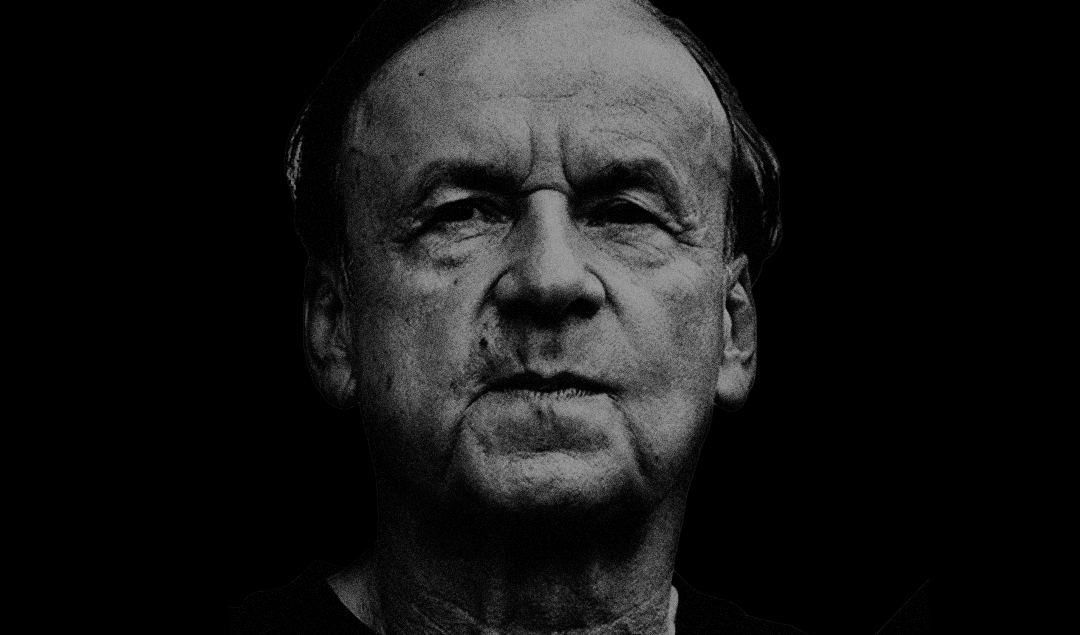 Gernot Rohr’s announcement as Nigeria manager on August 9, 2016 was met with little fanfare as he was still an unknown quantity in West Africa at the time. It was understandable due to his relatively unsuccessful managerial stints at Niger and Burkina Faso prior to his appointment, but he has certainly made every Super Eagles fan aware of his presence ever since.

After being narrowly eliminated in the semifinals by the eventual victors — Algeria — via a last minute Riyad Mahrez free kick, Super Eagles fans called for the German to be sacked. Just like legendary France manager Aimé Jacquet (winner of the 1998 FIFA World Cup), who coached Rohr at Girondins de Bordeaux during the 1980s, Jacquet was also criticized by fans for having outdated methods.

To understand Rohr’s methods as Nigeria’s manager, let’s take a trip down memory lane looking at his career and what influenced his managerial style on the African continent four decades later.

Born in the German city of Mannheim, Rohr found himself playing under one of Europe’s greatest managers, Udo Lattek, at the age of 19. Alongside all-time greats such as Franz Beckenbauer, Gerd Müller, Paul Breitner an ex-Bayern President Uli Hoeneß, Rohr won two Bundesliga titles and the Champions League (European Cup) in 1974.

It was nearly impossible for a young player to break into a back three of Beckenbauer, Johnny Hansen, and Hans-George Schwarzenbeck, and Rohr was no exception.

Rohr only made six league appearances for Bayern in two seasons, before joining Bundesliga side Kickers Offenbach. However, it was not until the 1975/76 season that Rohr would get regular first team football, this time in Ligue 1.

At Bordeaux, he became a cult hero, winning consecutive French titles in 1984 and 1985 under the tutelage of Aimé Jacquet. Working under Jacquet shaped Rohr’s managerial style, his tactics, and his approach to games. He’s conservative when the situation calls for it, but he knows when to go ‘guns blazing’ as well.

One only has to look at the Super Eagles’ 4-2 defeat to an Argentine side that included Lionel Messi and Sergio Agüero in 2018 — with Nigeria’s full-backs often joining the wingers in attack, overloading the flanks and creating options for midfielders. It’s what Rohr has done throughout his time as a manager.

One of his finest moments as a manager came in the 1995/96 season. With established stars like Bixente Lizarazu and Christophe Dugarry, and a 24-year-old Zinedine Zidane who was just emerging onto the scene, Rohr coached Bordeaux to the UEFA Cup final, losing 6-1 over two legs to Bayern Munich.

The high point of their run to the final though came with the defeat of Fábio Capello’s Milan in the quarterfinals. Despite losing the first leg 2-0, Rohr inspired his men to gut out a 3-0 victory in the second leg. Rohr would find success hard to come by until the 2002/03 season; when he took newly promoted Nice to the quarterfinals of the defunct UEFA Intertoto Cup & finishing in an impressive 10th place in the league.

After leaving Nice in 2005, he had a journeyman career, punctuated by sackings and falling-outs with clubs such as Nantes, Étoile & Young Boys. This led to his decision to give national team management a try, this time on the continent of Africa.

Trying his luck on the shores of Africa

Rohr took charge of the soon-to-be co-hosts of the 2012 African Cup of Nations, Gabon, in February 2010. His main task was leading a young Gabonese side past the round of 16, and he did just that as Gabon were narrowly eliminated by Mali (5-4) after a burgeoning young striker by the name of Pierre-Emerick Aubameyang missed his penalty in the quarter-final penalty shoot-out.

Nevertheless, in the eyes of the fans of “Les Panthères”, it was a successful campaign. Rohr would look back at his time as Gabon manager with pride, even if they just five friendly matches between August 2010 and November 2011, kicking off their AFCON campaign in January 2012. One can only imagine what they’d have achieved had he stuck around for longer.

To his credit, it was Rohr who tentatively tried to play Aubameyang in a central role. He played as a winger at Saint-Etienne and then at Dortmund under Jürgen Klopp to accommodate Ciro Immobile, before Thomas Tuchel transformed him into a free scoring striker. However, Rohr was the first manager to recognize that while he was a good winger, he could evolve into a world-class center forward.

Short and tumultuous spells followed at Niger and Burkina Faso until August 9, 2016, when the Nigeria Football Federation hired him to take over the vacant post of technical adviser and manager on a two-year deal.

Renaissance of the Super Eagles

Between the 2014 FIFA World Cup and Rohr’s appointment in 2016, Nigeria had five different managers: Shuaibu Amodu, Stephen Keshi, Samson Siasia, Sunday Oliseh and Salisu Yusuf. They all took charge of a combined 14 official games in two years, a turbulent period that would see Nigeria fail to qualify for the 2015 AFCON, one of the most embarrassing moments in the team’s modern history.

The bulk of those games were in the Sunday Oliseh era. With the ex-Dortmund midfielder at the helm, the national team was in total disarray, a plethora of controversies coming to wreak havoc in the dressing room.

In 2015, Oliseh stripped two-time CAF Champions League winner and Nigeria’s most capped player, Vincent Enyeama of his captaincy. Contrary to reports that Enyeama’s “lack of discipline” was the reason for that decision, Oliseh said to ESPN, “When I took over as coach, Enyeama mentioned his plans to retire in about a year or two. I told him I was building a team and he shouldn’t talk about retirement right now but he kept on talking about retirement, that was when I made up my mind to appoint a captain I could count on for the long run.”

Controversies of this nature have been non-existent in the Rohr era, and after nearly four years at the helm, there’s finally a sense of progress and stability.

Rohr took over after Nigeria missed out on qualifying to AFCON for a second straight time, but he quickly turned things around. In the summer of 2017, Nigeria became the first African nation to qualify for the 2018 FIFA World Cup after defeating Zambia.

Since taking the job, Rohr has won more games than any other national team manager on the continent — 21 wins, 7 draws and 10 losses in 38 official games. If we take each win as three points and each a tie as one, Rohr has amassed a record 70 points out of a possible 114.

Bringing together the Nigerian diaspora

Just before European leagues went on break due to the COVID-19 pandemic, the Eredivisie’s top scorer, Cyriel Dessers became the latest dual-national player to pledge his allegiance to Nigeria. Born to a Belgian father and a Nigerian mother, Dessers follows in the footsteps of a host of players with dual nationalities who have been called up to the Super Eagles since Rohr became manager.

Everton’s Alex Iwobi, Bordeaux’s Josh Maja, Udinese’s William-Troost Ekong and Rangers’ Joe Aribo have all decided to represent Nigeria on the international stage and play under Rohr. This certainly wasn’t the case back in the day, when even lesser-known players such as Sidney Sam rejected the chance to play for the Super Eagles.

There has been an increase in performance levels now because of two things. Firstly, Rohr is willing to experiment with new tactics, and he shows no favoritism for certain players either.

Secondly, competition for places has sky-rocketed. Apart from the goalkeeping department, there’s at least two players playing regularly in Europe’s top 10 leagues in each position, and as Leganés defensive stalwart Kenneth Omeruo pointed out recently, “Even if you’re left out of the starting line-up, there’s satisfaction because the starting player is a regular in his club side.”

Throughout his career, Rohr has favored the 4-3-3 attacking system, but has opted for a 3-5-2/3-4-3 when situation has called for it. As Nigeria manager, he has often preferred the former. Rohr has plenty of depth to experiment with, as the list below proves.

*(player is yet to debut)

In the build-up, Ndidi drops back to defend his line, which allows Aribo and Iwobi to run into space. The left back (Collins) almost becomes a left-winger. Aina moves forward to cover the space the right-winger (Chukwueze) leaves behind. Troost-Ekong uses his passing range to spray long-balls to the wings and break the lines.

In the defensive phase, the full backs join the midfielders to cover space. Wingers become midfielders, and the number 10 (Iwobi) is alert to retrieve loose balls and play Osimhen through on goal.

Rohr had been negotiating a new contract with the Nigerian Football Federation (NFF) since last summer, with his old deal set to expire at the end of June.

On the first week of April, the NFF president Amaju Pinnick disclosed the terms of the proposed contract as follows:

The conditions garnered a mixed reception amongst Nigeria fans. Firstly, these clauses were not on the first contract in 2016. Secondly, the NPFL is behind the leagues of Angola, South Africa, DR Congo, Egypt, Tunisia, Morocco and many more in Africa..

Despite the conditions in his new deal, Rohr insists his aim is to continue with the national team and help Nigeria to the 2021 AFCON & the 2022 World Cup. Speaking to ESPN FC correspondent Colin Udoh in an Instagram live chat, he said “I want to finish my work in Nigeria, I want to go to the next AFCON and World Cup, which means we must continue working together.”

Not only is Rohr Nigeria’s longest serving manager, but he’s also managed the second highest number of official games (38), behind the late Stephen Keshi (43), with a higher point per game ratio (1.81), compared to Keshi’s (1.58) according to transfermarkt.com.

Furthermore, Nigeria’s current squad is the third most valuable side on the continent (€191.1 million), behind Morocco (€191.9 million) and Senegal (€317.73 million), which automatically means it’s the 22nd most valuable national team in the world, and popular amongst football betting websites.

Bearing in mind Gernot Rohr is a Top 20 National manager according to IFFHS & also by his steady results so far, it’d be sad to not see how this Nigerian side progress under his tutelage as we try to qualify for the 2022 World Cup in Qatar & the 2021 AFCON. In my humble opinion, I do not think there’s any African nation that’d say no to Gernot Rohr in this day & we should enjoy him whilst he’s here. He may be from Mannheim, but right now, he’s one of our own.