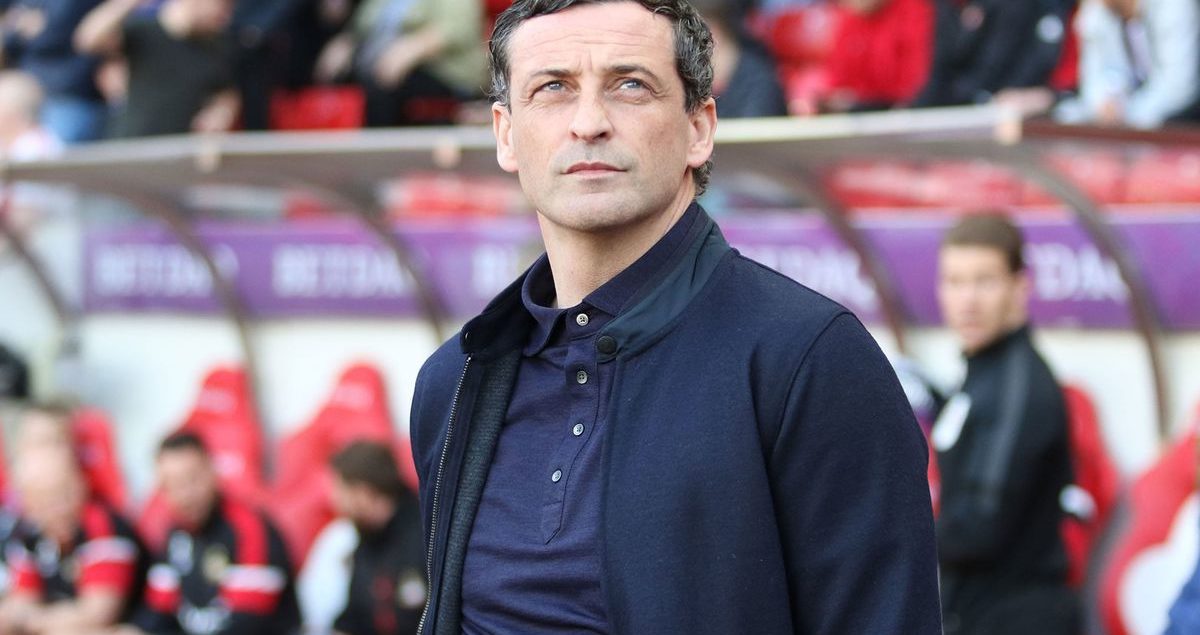 On Tuesday afternoon news broke that Sunderland had terminated the contract of manager Jack Ross. The dismissal of Ross didn’t come as a shock and many Sunderland fans supported this decision after an uninspiring start to the season. An era that began with so much promise and potential came to an abrupt end as he was sacked just 11 games into the new season.

Jack Ross was appointed as manager of Sunderland in the summer of 2018 after the club had just been relegated from the Championship. His mission at Sunderland was to essentially rebuild one of the giants of English football after their rapid fall from grace. Promotion from League One was the target and at first it seemed like Ross was on track to achieve this, Sunderland boasted the best squad in the division and they were still in the automatic promotion battle come Christmas time. However the dawn of a new year saw The Black Cats struggle and they failed to really mount a sustainable title challenge. They fell away from the likes of Luton and Barnsley and eventually finished in an underwhelming 5th position. This, coupled with a Checkatrade Trophy final defeat Portsmouth, was a very disappointing end to the season. The Play-Offs offered Ross another chance to deliver promotion but Charlton prevailed, leaving Sunderland stranded in League One.

There were several positives to take out of Ross’ debut season at Sunderland and the club gave him another shot at promotion. However, since that Play-Off final the team have struggled. They’ve won less than half their games this season and played dull football which caused many fans to call for Ross’ head. Sunderland currently sit in 6th place which is not good enough for a squad of their calibre. His tenure at the Stadium of Light can be called nothing other than a failure. He had considerable resources and an impressive playing squad but failed to live up to expectations. The managerial role at Sunderland is a huge job and Ross just wasn’t up to the task.

Now is the perfect time for Sunderland to hire a new manager. With the Tyneside club having a week off, the new boss will have over a week to implement his style and tactics on the squad during training. Whilst it is essential that they get someone through the door quickly, the club also can’t rush into the wrong decision.

Potential Candidates for the job

Roy Keane recently resigned from his position as Nottingham Forest’s assistant manager which fueled speculation over his managerial career. It is generally assumed that his next gig will be as a head coach rather than as an assistant. He has taken the Sunderland hot seat before and did fairly well, winning promotion to the Premier League in his first season. Since then Keane’s managerial career has stagnated somewhat so a return to the Stadium of Light could help revive it. He isn’t the most experienced candidate and does have a stern approach that players may dislike. It would be a gamble to give him the job but maybe he’s got the X-Factor that Sunderland are crying out for.

Daniel Stendel was sacked by Barnsley on the same day as Sunderland dismissed Ross. This comes after the German gaffer only managed to secure one win from the opening twelve games of the season. Despite this, Stendel would still be a very good option for Sunderland. He won promotion with Barnsley last season whilst playing scintillating football and could do the same for Sunderland. Whilst he’s struggled this season, Stendel knows how to get promoted from League One and could be the answer to The Black Cat’s woes.

Like Sunderland, Gary Rowett has had a hard time recently. After establishing himself as one of the best young managers in England, Rowett had a torrid spell at Stoke City and has found himself out of a job ever since. I feel like this would be a suitable appointment for Sunderland as both parties try and rebuild their reputations within the game. Rowett has experience in the lower leagues, doing well in charge of Burton in League Two and whilst he doesn’t play the most attractive football, he knows how to win games.

Sunderland are still in a very promising position. The sacking of Ross was decisive and the timing of it means that automatic promotion is still a realistic proposition. The board did well to not spend time pondering their decision. Sunderland is a huge football club and would pose as an attractive project to many managers. It is vital that they get the next managerial appointment right as they can’t afford to spend another season floundering in League One.