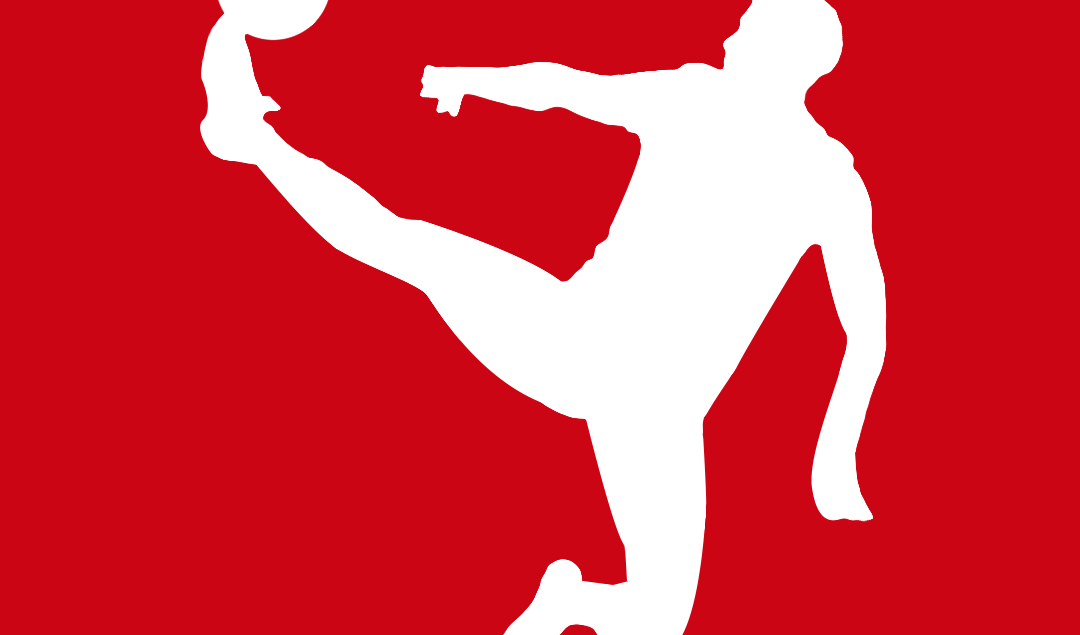 After a two-month wait that feels more like two years, one of the top five leagues in Europe is finally coming back this weekend. The Bundesliga will resume tomorrow, picking up where they left off on Match Day 26, and offering us a head-scratching title race along with the nail-biting battle to avoid the drop.

Germany has indeed managed to deal with the COVID-19 pandemic better than most European nations, and they did so by undertaking extensive testing, and the mortality rate has been low as compared to neighboring countries.

With their admirable management of the crisis, combined with the significant toll that lack of football is having on club finances, the German government has given the nod for the return of one of the most exciting leagues in the world. All eyes will be on the Bundesliga starting from May 16. 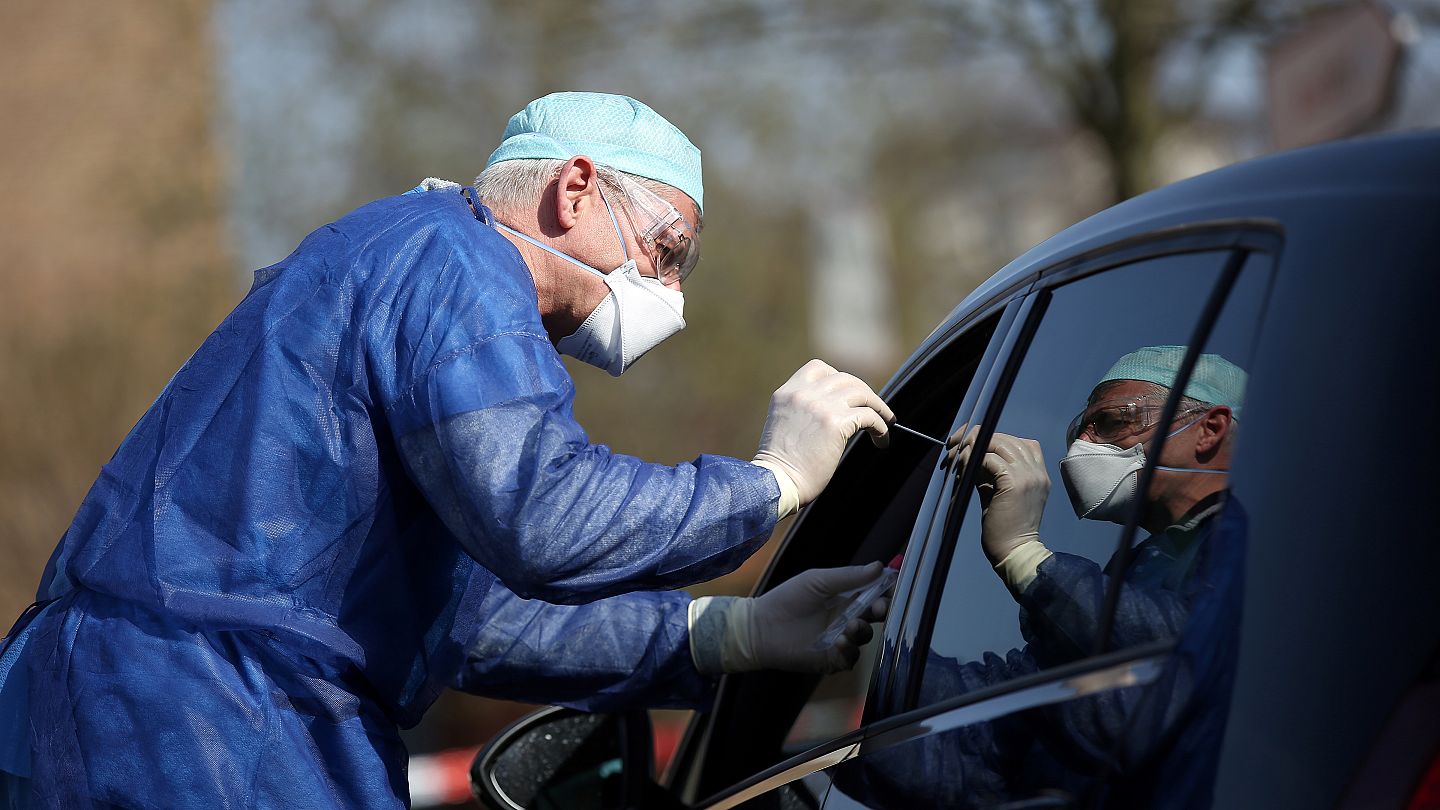 Of course, there are health protocols in place to make sure that maximum precaution is taken during games. The players will be tested before games, the ball will be disinfected, games will be without fans (Ghost Games, as they say in Germany), and shaking hands before games will also be prohibited.

Despite all the precautions and emphasis to detail, there has been plenty of discontent from fan groups about this not being the right time to be playing football. There have also been worries that fans will gather around stadiums to make their feelings known, but if everything goes according to plan, “the mother of all derbies”, as Jürgen Klopp famously called it once, between Borussia Dortmund and Schalke will be the main focus on Saturday.

Borussia Dortmund were in great form before the pandemic caused league play to be indefinitely suspended. Despite their loss at the hands of PSG in the Champions League Round of 16, the Black and Yellows were putting consistent performances in the league, and have markedly improved their defensive woes after the 4-3 loss against Bayer Leverkusen.

Schalke, on the other hand, are still looking for consistency and hope that the derby will offer them a huge opportunity to kick start their campaign and secure European football for next season. 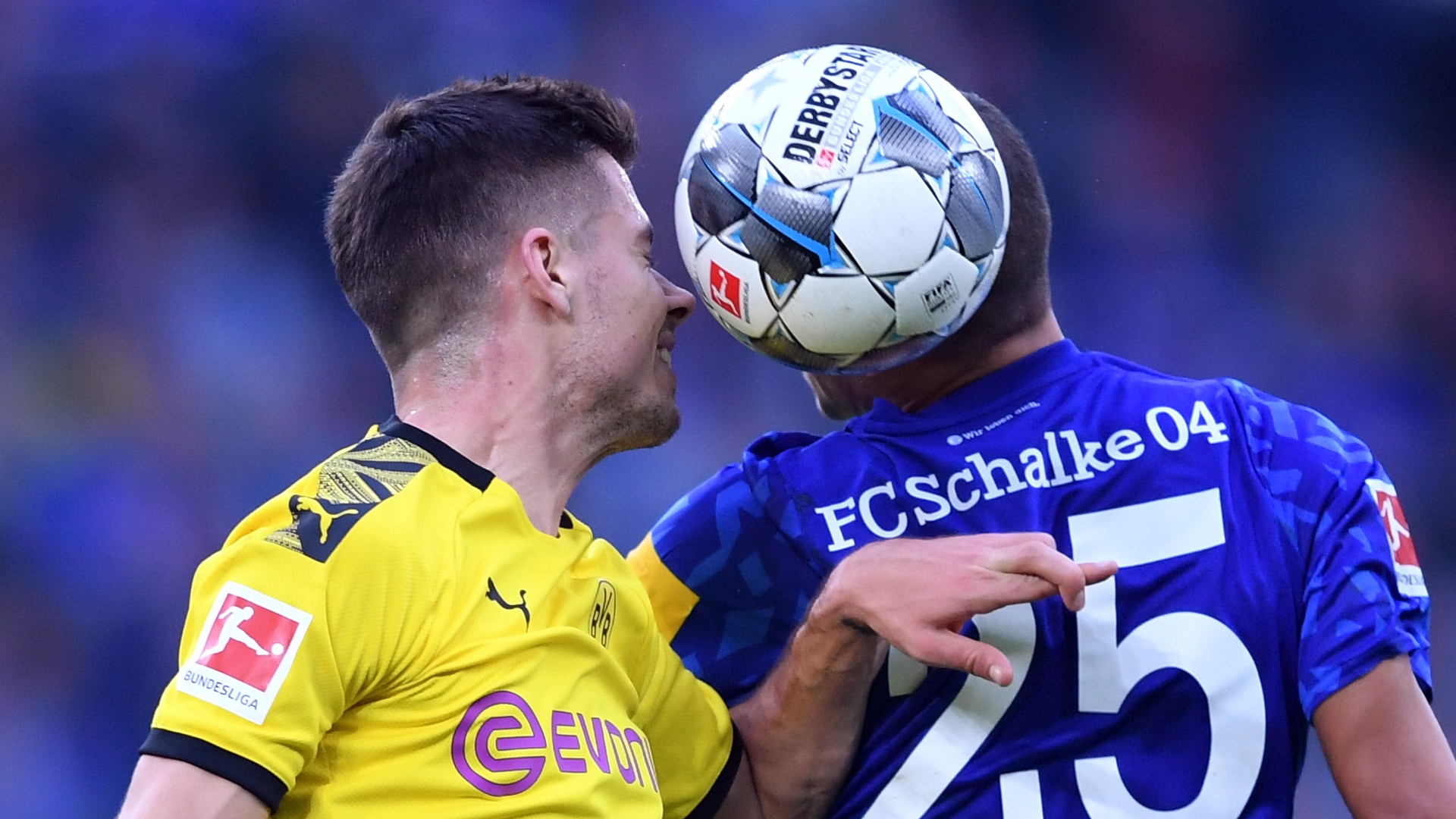 RB Leipzig will also be playing on Saturday as they try to close the gap with Bayern and possibly surpass Dortmund for second place.

Julian Nagelsmann’s side have had an impressive season, with the young tactician taking no time to make his mark on the ever-polarizing club. But despite their amazing run in the first half of the season, RBL are yet to show their best form in 2020. Perhaps this interruption will be just what they need to get back to business.

Once again, Bayern are top of the league, and they have extended manager Hansi Flick’s contract until 2023 after he has turned things around following Bayern’s poor start to the league campaign under Niko Kovač. Robert Lewandowski is banging in the goals, Joshua Kimmich and Thiago are controlling the midfield, and in general, life could not be any better in Bavaria. 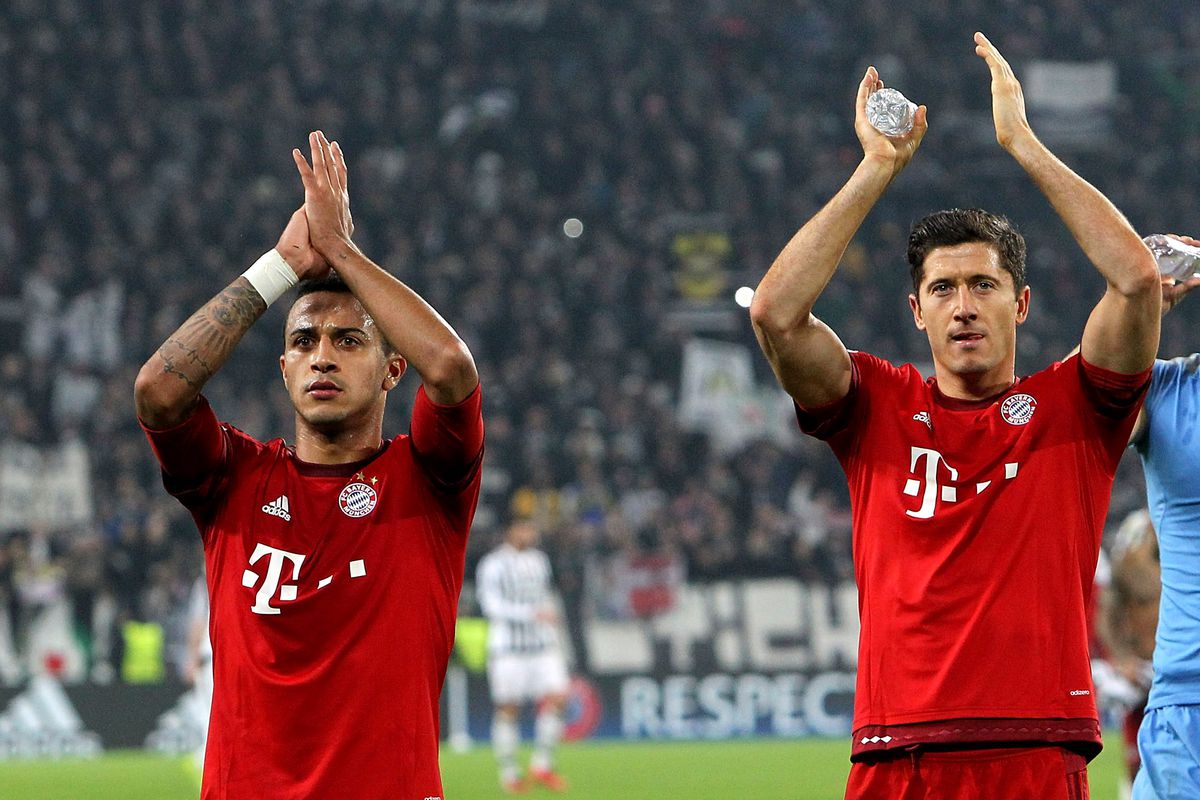 At the other end of the table, Paderborn and Werder Bremen are in big trouble. Both teams are below the 20-point mark and in desperate need of points. Fortuna Düsseldorf currently occupy the 16th spot and may have to rely on the playoffs to secure their status as a Bundesliga club.

The sole factor that can dampen the euphoria surrounding the Bundesliga’s return is the fact that the games will be played without fans. After all, the amazing atmospheres in the grounds are what makes the league so special. You can never underestimate the role the colorful fans play in their teams’ overall performance.

While we hope and pray the ‘Ghost Games’ won’t be a disappointment, there are plenty of players and teams to keep an eye on. Will either Leipzig or Dortmund manage to stop Bayern’s dominance? Will Timo Werner be able to take the top scorer accolade from Lewandowski? Who will secure the last Champions League spot? Who will face the drop?

One of the league’s most likable managers, Christian Streich gave a measured assessment when questioned about the leagues’ return in a pre-match press conference:

“We all agreed because we all want to play football. That’s our profession and what we love. We shouldn’t talk too much, but let politics and the task force work. We have to deal with the situation in the best possible way.” 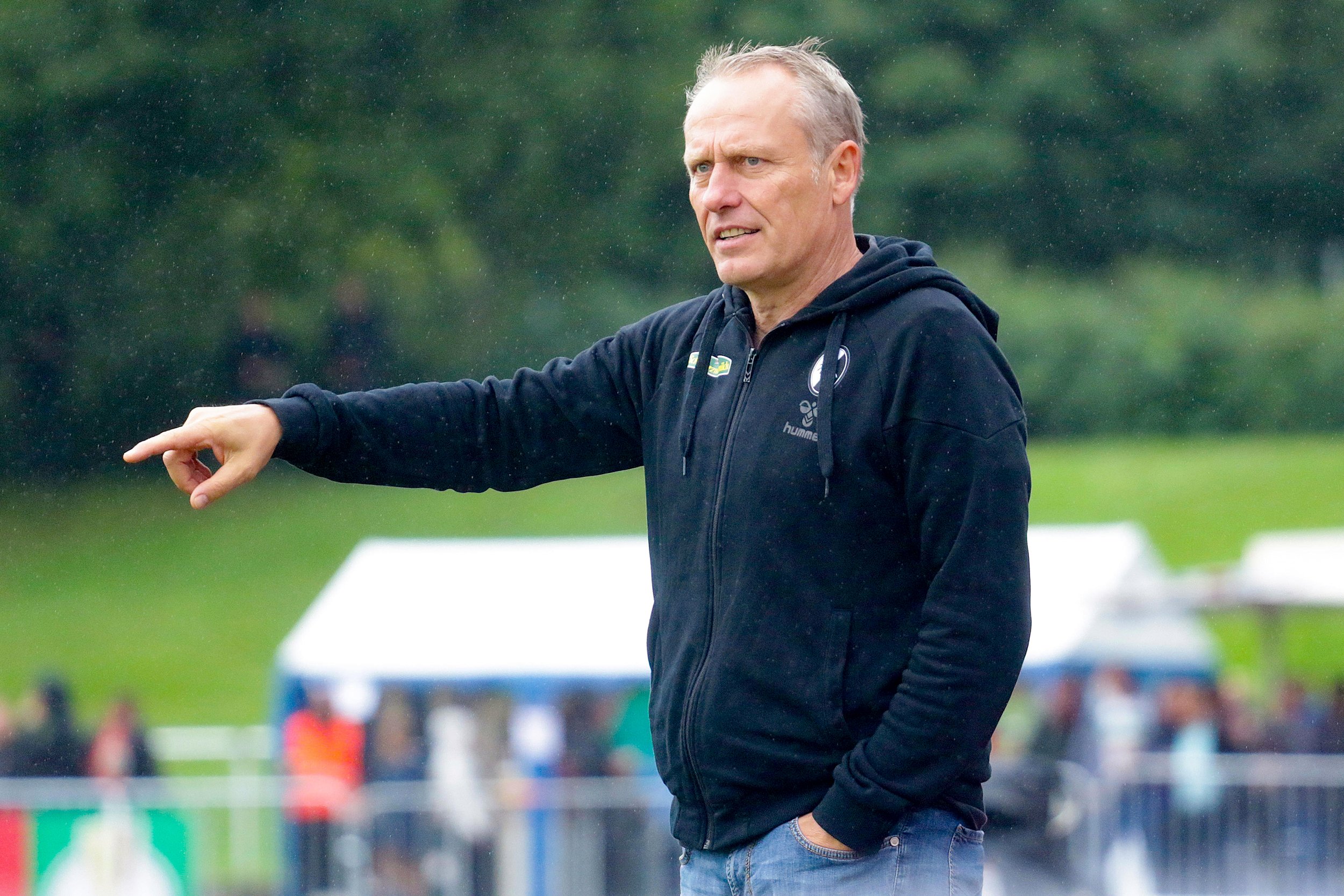 The Bundesliga is full of exciting talents, managers with great tactical prowess, and competitive games that will keep you on the edge of your seat. Here is hoping the goals keep flowing like they usually do and give us a feel, to some extent, about what normal life looks like.