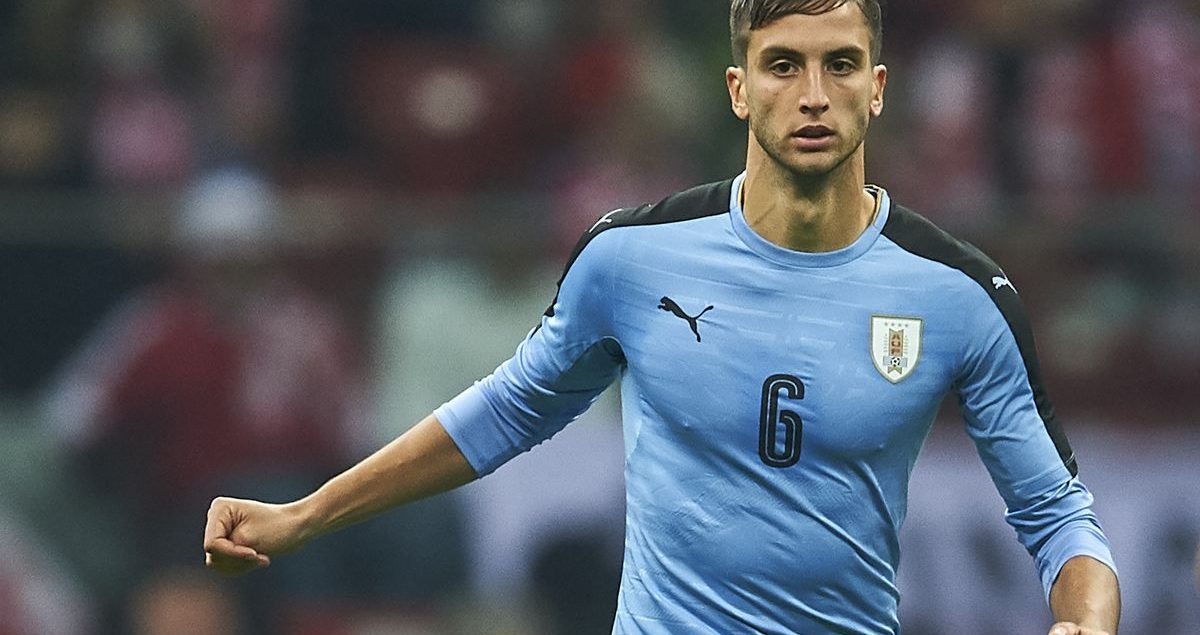 With Lucas Torreira reportedly on the verge of completing a big money move to Arsenal, much of the international media’s attention has been focused towards him with regard to Uruguay’s prospects of success at the FIFA World Cup in Russia. However, international teammate Rodrigo Bentancur is every bit as important to the La Celeste’s chances of competing against the likes of Brazil, Germany and Spain come the latter stages of the competition.

While Torreira is an excellent presser of the ball and is willing to do the so-called ‘dirty work,’ Óscar Tabárez will need Bentancur’s creative juices to be flowing if his side is to have any hope of putting together a deep run in the tournament. It is somewhat surprising that the Juventus midfielder is still only 20 years old.

Indeed, it seems as if he has been regarded as one of the finest prospects in world football for several years, which of course he has been, dating back to when he was a teenager at Argentine heavyweights Boca Juniors.

Naturally, it took the Nueva Helvecia native time to settle in to life in Turin. That is to be expected. After all, the transition from South America to Europe is never easy, and Juve is undoubtedly one of the highest-pressure environments in world football. However, after a difficult adaptation period, the €9.5 million fee paid by the Bianconeri to acquire his services from Los Xeneizes last summer now looks like one of the finest bargains of recent seasons. Beppe Marotta and Fabio Paratici both deserve a great deal of credit for having the foresight to pull off such a deal in the midst of Carlos Tevez’s return to his boyhood club back in 2015.

Though he initially struggled to establish himself as a first choice pick at the Allianz Stadium, Massimiliano Allegri thrust him into his starting XI as early as September. Supporters and commentators alike were stunned by how mature and composed he was for such a young lad with no previous Serie A experience.

Having been drawn in a group alongside Egypt, Russia and Saudi Arabia, most expect Uruguay to reach the last 16 with a minimum of fuss. On paper, they are by far the strongest team and should have more than enough quality in their ranks to beat all of those sides.

If Bentancur can grow into the tournament in the same manner in which he improved in all aspects of his game as last season wore on, there is no doubt he has the potential to be a star of the tournament. Furthermore, the fact he has already starred in elite atmospheres such as La Bombonera, Camp Nou and San Siro will help him as the tournament reaches its latter stages.

Despite the fact that he is about to make his name on the very biggest stage our sport has to offer, there are still many Serie A fans who do not yet fully recognise how big a star this boy can be. That is all about to change. In the modern game, it is crucial that midfielders can contribute to their team’s performance in both an attacking and defensive sense; he fits that description more so than most in his position.

His attributes complement those of the aforementioned Torreira very well. The Arsenal-bound star is more inclined to force his opponent into making mistakes when in possession. Upon winning the ball back, his first thought will be to find Bentancur,
who has a very useful habit of being able to find space on the pitch even when there does not appear to be any.

While it does of course remain to be seen whether Uruguay can transform their limitless potential into something tangible in the next few weeks, Bentancur will inevitably be a vital part of anything they do manage to achieve. Like Edinson Cavani and Luis Suárez, his importance to this team’s success simply cannot be overstated.