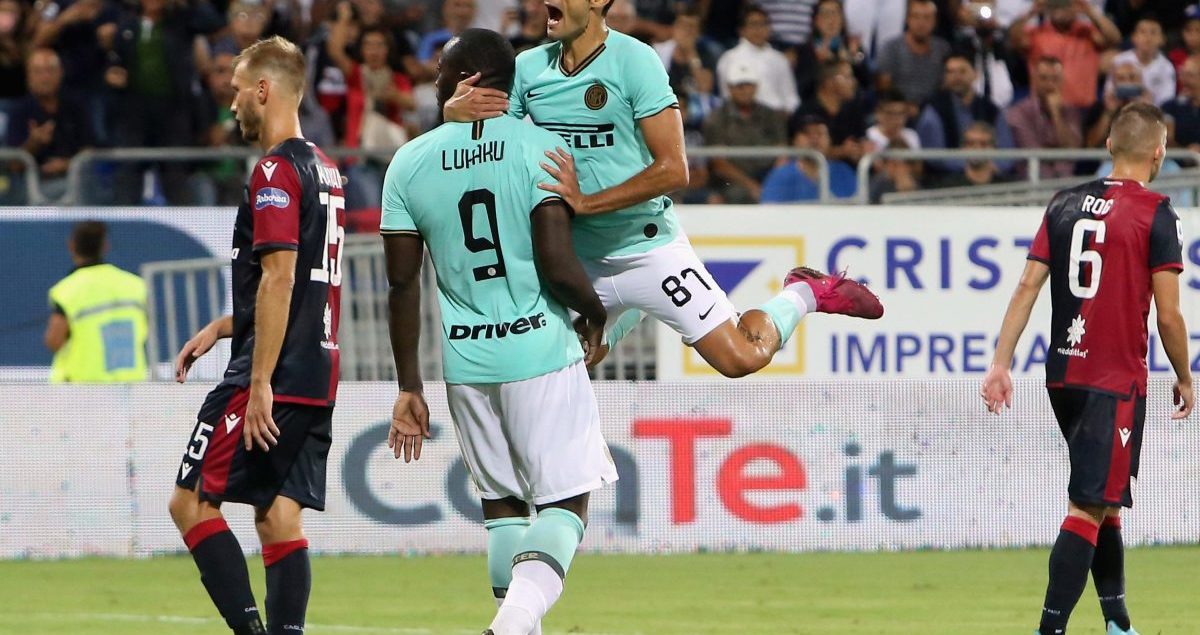 Hashtag campaigns to end racism in Italian stadiums are back, as yet another player is racially abused.  Hashtags are not enough.  It’s time for action.

In the wake of a concerted effort by Serie A’s social media channels and those of its component clubs to clamp down on piracy, fans on social media are outraged by the league’s focus on piracy, while ignoring racism as an issue.

Yet, in terms of “lip service”, Serie A seems on point. Anyone who’s been to a Serie A game in the last 3 years knows that before the beginning of each half shiny minute-long ads featuring the league’s top footballers renounce racism in football.  Piracy and racism are both undoubtedly “bad for business”.  The message is lost, however, when the opportunity for the league to step up and make an example of “fans” who contravene the league’s message with their racist behaviour.

Inter forward Romelu Lukaku was the victim of racist chants after scoring the go-ahead penalty at the Sardegna Area this past Sunday.  Before him, Moise Kean, Blaise Matuidi, and Sulley Muntari were abused by the same fans, in the same section, which got away unscathed.

Racism in Italian stadiums is not localized to Cagliari or Sardegna – it’s all over. But this most recent episode of a shameful series is a prime opportunity for the league to step in and set an example out of a recidivist curva like the one at the Sardegna Arena.

Summative suspensions to the section at fault, or to the entire stadium would be rudimentary, and would expose the league to an argument by those who did not make racist chants. “Why should I be punished?” – they argue.

It’s a complex problem. A few things need to change structurally before the “culture” of these spectators will change. Here’s some measures that could be taken to address the issue in Italy’s top flight:

1. Every spectator must sit in their seats, or stand in front of them. Movement from your designated seat to another seat or section will no longer be tolerated. Every ticket already has your name and last name on it. Stewards can do spot checks.

2. Cameras should be installed that face the crowd, with observers checking as the game is happening and flagging perpetrators of hateful behaviour (chants, banners, etc) to the authorities.

3. The accused would face the law, and if found guilty they would get with a harsh initial sentence. Repeat offenders would face a lifetime ban.

4. If the clubs are fined by the league for hateful behaviour among the spectators, the clubs could be empowered to make the perpetrators pay for them.

If “a few bad apples spoil the bunch”, this would get the “bad apples” out and show the “good apples” that it’s in their interest to stay good.