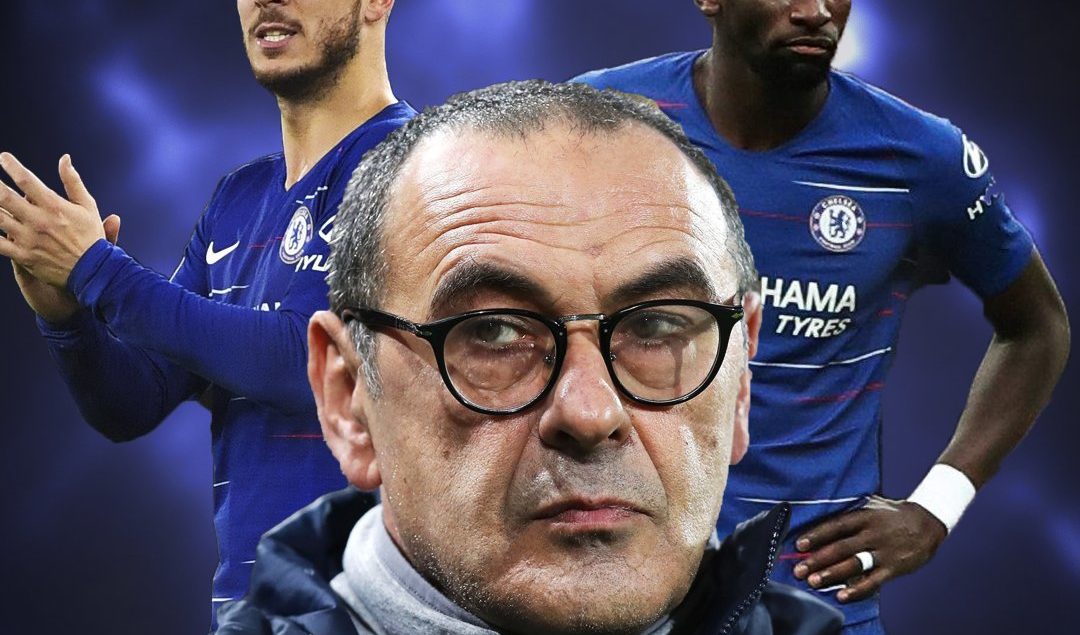 The abysmal display that Chelsea showed versus Arsenal on January 19th brought back to light the club’s greater problem: weak individual mentality. After the match, current Chelsea manager Maurizio Sarri’s direct words were: “I’m extremely angry, very angry indeed. This defeat was due to our mentality. I can’t accept it. We had a similar issue against Tottenham in the league. It appears this group of players are extremely difficult to motivate.”

Chelsea’s performance versus Arsenal, and more recently, their embarrassing 4-0 loss to Bournemouth, is further proof that dismal results are often always scapegoated toward the manager rather than the actual players at fault. Just search “Sarri” on Twitter, whether reactionary or not, #SarriOut was trending at more than one point. Though difficult to admit, the fact is that Antonio Conte would, and still should be managing the club, because like Sarri, he was a victim of his players’ forfeiture. However, the hard truth is that Chelsea’s squad is infested with weak-minded, fragile players.

Antonio Rudiger said it himself after a prior loss to Leicester City. Minus Sarri’s transfers, (Jorginho, Kepa, Kovačić etc.) and those that left (Diego Costa, Bakayoko etc.), the team is comprised of the same roster that resulted in Conte’s sacking. Chelsea will only continue to hurt themselves if their board continues to defend players that only perform when results go their way, and punish the manager when circumstances aren’t convenient.

Like them or not, both José Mourinho and Antonio Conte were sabotaged by a number of these players that grew tired of hard work, and quite frankly for being called out for their unacceptable attitudes. I have nothing against Maurizio Sarri, but the fact is that he has never won a trophy. Sure, his last season at Napoli was extremely unlucky given the excellence of Max Allegri’s Juventus, but the point remains. A club of Chelsea’s stature, with a history of hiring (and sacking) some of the world’s most successful managers, should not be appointing one with zero trophies to his name.

With that being said, this article is not a demand for Sarri to be sacked by any means. Despite Conte deserving to remain the Chelsea manager, the blunt reality is that Maurizio is in charge. For once, I plead for Chelsea to fully back the manager by granting him the transfers he desires, and having the courage to sell off their weak-minded players. When is the last time that a Chelsea manager actually lived out his contract? Like players, managers need time to adapt to new challenges and implement their own philosophy.

Like any Chelsea fan, I love Eden Hazard. But players that constantly flirt with other clubs should eventually be sold no matter their immense talent. Unless Eden is willing to sign a new contract in the coming weeks, a smart Chelsea board would make clear to him that they’re prepared to accept a transfer fee from the highest bidder, whether that be Real Madrid or not. Recently Maurizio Sarri expressed a similar opinion on Hazard, with a simple statement: “Eden is 28. If he wants to go, I think he has to go.”

When players become bigger than the club, issues such as these arise. Why Chelsea wouldn’t accept Barcelona’s Willian for Malcolm swap offer plus 50m in cash is also indicative of the club’s lack of trust in youth, regardless of Maurizio’s supportive comments on the 30-year-old Brazilian. It also speaks to Sarri’s decision to sign Gonzalo Higuaín over Krzysztof Piątek. After all, when you have such a short shelf life as a Chelsea manager, what’s the point in investing in youth over proven quality?

Speaking of youth, karma may be in store if Chelsea is indeed punished by the FA for their mismanagement of youth, with a potential two-year transfer ban looming. Ironically, Chelsea have gone through hoops to (allegedly) illegally sign young talent only to waste it in the end. It hurts me to say it, but if I were Callum Hudson-Odoi’s agent at this point, I’d advise him to join Bayern Munich. One would think after Chelsea offers him 70k a week and expresses their intention to keep him that Sarri would give him more than 15 meaningless minutes at the end of the match, but unfortunately, that trademark stubbornness, the same stubbornness that cost him the fanbase’s support in Naples, has carried over to London. Sarri is far from blameless, but the issue of not playing youth is a problem that existed long before his arrival. Indeed, Bayern’s offer of Arjen Robben’s iconic #10 jersey as well as greater playing time triumphs any monetary offer that Chelsea have in store.

It’s a vicious cycle. These players coast on the fact that they will likely overstay the manager, and so, when the going gets tough, they pack it in. If results don’t improve, don’t be surprised if the players quit on Sarri like they did with the club’s previous two managers. I sincerely hope for Maurizio Sarri to succeed at Chelsea and remain at the club for as long as he pleases, but the fact of the matter is that the odds are not in his favor, given the fact that he will be battling the very same problems that his predecessors faced. These issues include an incompetent board with no technical director, little to no veterans/ active legends, and a roster comprised of frail minded players. Luckily for now, Roman Abramovich and Marina Granovskaia fully back Sarri, especially since he is not as vocal with the club’s transfer policy like Mourinho and Conte were.

Speaking of Abramovich, not only do the Blues suffer from a player standpoint, but it must not be ignored that the Russian oligarch has recently been rumored with intentions to “sell a minority stake at Chelsea, after he reportedly turned to an American investment bank to attract big-money offers,” according to The Telegraph. If the rumors are in fact true, Abramovich may be less keen to spend in coming transfer windows, and less inclined to re-invest in the club’s future. Therefore, Abramovich could likely be more inclined to withdraw greater profits for himself in the form of a dividend, especially with the aforementioned impending two-year transfer ban. As a result, the remainder of Abramovich’s tenure may result in less emphasis on club results and more focus on commercialization, a feat that Manchester United fans often groan about with their CEO, Ed Woodward. Per goal.com, Woodward revealed that “performance doesn’t really have a meaningful impact on what we can do on the commercial size of the business.” Whether Chelsea fans like it or not, if Roman is in fact actively looking to sell Chelsea, expect him to follow suit with Woodward’s way of conducting business.

In short, after Sarri’s biting comments of the team’s weak mentality, do not be surprised if Abramovich’s relationship with the manager once again deteriorates, leading up to his eventual dismissal. In addition, if Higuaín fails to hit the ground running as Sarri suggests, it will hurt the Italian’s job security even more. If Sarri does leave prematurely like his predecessors did, perhaps it would behoove us to not simply scapegoat his own shortcomings as a manager. Perhaps, we should compare the mentalities of past Chelsea legends, from Drogba to Lampard to Terry, and those who, as talented as they are, just don’t come close in terms of leadership and accountability.