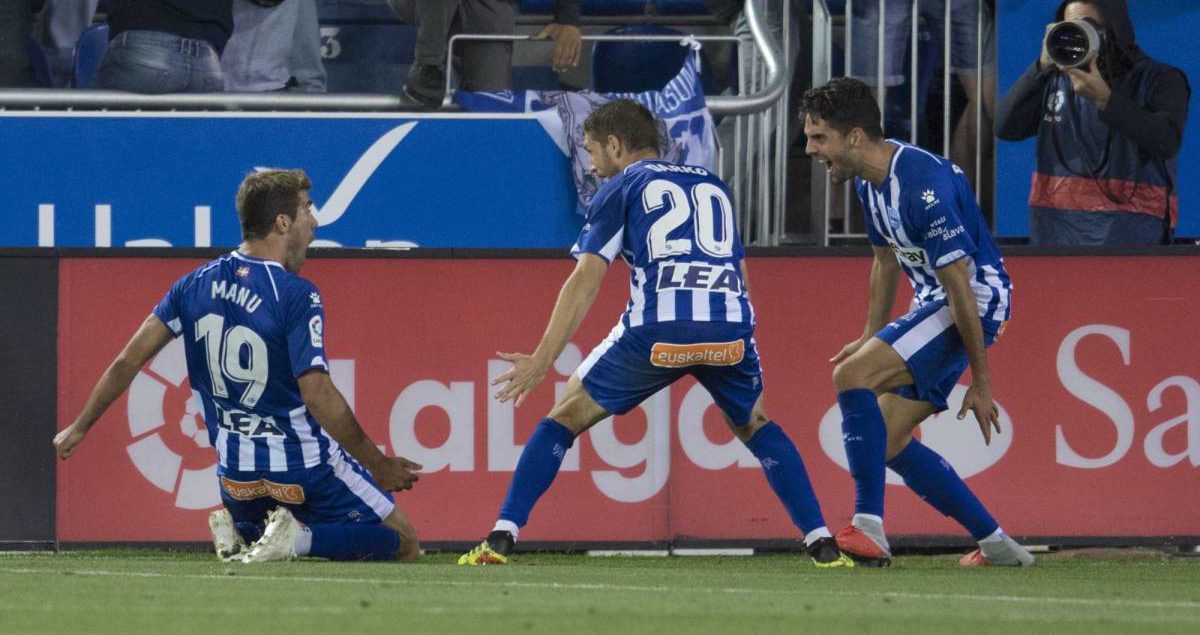 The 2018-19 LaLiga season has been one of surprises: pleasant surprises for some, unpleasant for others. Few would have expected Julen Lopetegui’s time with Real Madrid to end so abruptly, while perennial Europa contenders like Athletic Club and Villarreal are enduring dreadful starts to the campaign. But there have also been wonderful, positive stories near the top of the division, and one of them is Deportivo Alavés, led by manager Abelardo Fernández.

The 48-year-old coach has seen his team take a 180 since his arrival a year ago, as El Glorioso were struggling at the bottom of the table. Strong results followed, and Abelardo has been able to replicate that and improve in 2018-19. Alavés started with a tough loss at Barcelona to open the season, but the Basque club have shown signs that they can fight for a place in the top six. Through the first 13 league fixtures, they are fourth and three points away from the top spot.

How has Abelardo been able to gain such positive results early in the term? Well, performances have definitely been aided by quality in the line-up, as several individuals have stood out at the Estadio Mendizorroza. Goalkeeper Fernando Pacheco has been a vital element to success, as his fantastic instincts and positioning at the back have helped the Babazorros earn important points. The 26-year-old shot-stopper is third in the league in saves per match (4.5) during the first 13 games.

Defender Ximo Navarro has been an efficient summer signing, joining Alavés this past June from Las Palmas. Able to play at right-back or in central defence, his work rate along the back-line is at a high level, even adding in a goal during a win at Rayo Vallecano in September.

A real gem has been Ibai Gómez, bringing an added dimension to the attack out wide. The former Athletic Club winger provides sharp passing and skill on the ball, and can finish chances on his own as well. Through Alavés’ first 13 games, Gómez has netted three goals and assisted on two more.

However, their attack is not necessarily lighting up the league, with 17 goals in 13 matches. Where Abelardo’s true impact lies is in the motivation of his squad, and he has them pushing for victory in every second of each encounter.

A September visit to Real Valladolid produced a struggle, and the match seemed destined for a goal-less draw. While both clubs had managed to get off several shots, the goalkeepers were keeping the match level. Then, seemingly out of nowhere, Alavés struck in the final moments. A stoppage-time strike from Gómez sealed an important 1-0 win, and it was not the only time that there would be this kind of late magic.

Soon after, a home tilt versus Getafe was poised for a frustrating 1-0 loss, but Abelardo’s men were not about to drop all three points in front of their supporters. Navarro set up forward Jonathan Calleri in the 93rd minute, rescuing a point from the clutches of defeat. October would produce more of the same, as nobody can dare look away from an Alavés match early.

Facing Real Madrid at home, the club earned their first league win over Los Blancos since 1931 thanks to Manu García’s magnificent stoppage-time header. Only a few weeks later, it was Borja Bastón finding a winner in that all-too-familiar 93rd minute to deliver a 2-1 win against Villarreal.

Luck is something that any good team will require at some stage during a season. A moment where the ball hits the post at just the right angle, or where the striker rises above defenders by just that extra inch to get a hold of a game. It would be easy to say that Abelardo’s Alavés are fortunate, but they are clearly making their own luck. Once, sure that can happen. Twice, maybe we have a trend here. But by the fourth time, one can see that the coach has admirably instilled a determination and grit to his players that is helping them discover the winning touch.

Utilising a classic 4-4-2 formation, Alavés look to create space out wide with Gómez and Jony, aiming to feed chances into the box for their forwards. Disciplined, organised and prepared, they seem to enter each match knowing exactly what needs to be done. Ultimately, that intangible boost comes from a skilled and dedicated manager.

Alavés delighted football fans with a remarkable run to the UEFA Cup final against Liverpool in 2001. The days of Javi Moreno and Antonio Karmona leading the squad were quite special. While they may not be at that level just yet, Abelardo is putting the pieces in place to potentially take the next step soon.