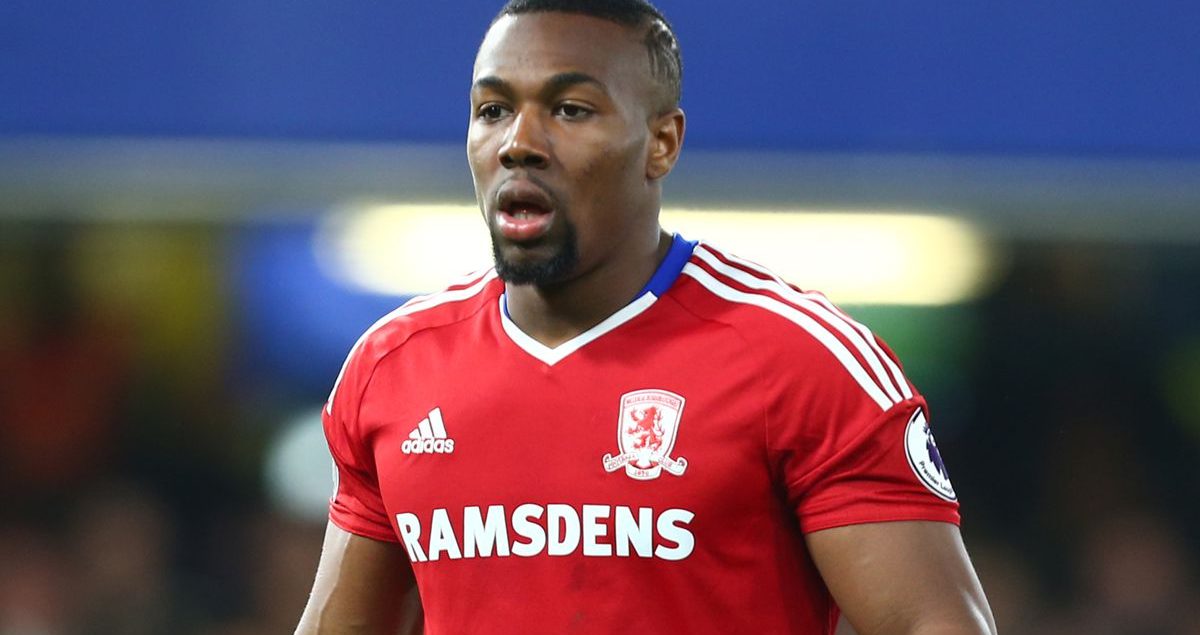 The ball falls kindly for the young Spaniard, Adama Traoré. The space opens up.

He gallops forward, roared on by the small corner of fans who had travelled from the North East in hope of a giant-killing. To his left, Stuart Downing, in acres of space. To his right, Grant Leadbitter, begging to be played through. Straight ahead, Antonio Valencia, the only defender back for United.

A three on one. Adama Traoré, spoilt for choice.

But the winger carried on running. He continued to prod the ball forward, inexplicably avoiding playing the ball through to either player in support. He was running out of space as he reached the edge of the box. The time had come for a decision.

As if flustered, panicked, overwhelmed, he decided to dig out a shot. What followed, a tame, outside-of-the-boot effort that dribbled safely wide of David De Gea’s goal, left Downing and Leadbitter incredulous. Most other people in the stadium, baffled.

And indeed, that is exactly what Adama Traoré has continued to do, on an astonishingly regular basis, ever since that fateful blunder in Manchester. Baffle people.

There were many more incidents, although not quite as disastrously glaring, that littered the remainder of his season in the Premier League, as his frustrating lack of end-product became noticeable, and indeed a hindrance to his game. The wrong choice of pass, a questionable decision, poor execution, an over-ambitious dribble – all things that began to annoy the Riverside faithful as their beloved team slumped to a miserable relegation.

In fact, wastefulness became such a stand-out feature of the young Spaniard’s play, that it’s all many Premier League fans seem to remember about him. A game of football word association with Adama Traoré as the subject would probably yield “frustrating” or “annoying” as the top answer. For a young man as breathless, exhilarating, electric as him, this is something that needs to change.

Now, however, I think he has his best opportunity to do just that. The man really is a freakish talent. And, in joining a team as exciting, optimistic and expressive as he is, there’s every chance that Traore will be able to truly express himself on the big stage for the first time in his career.

I say freakish, because he is a truly one of a kind player. Never have I seen anyone who is so comfortable with the ball at his feet. The stats back me up.

Last season, Traoré dribbled past an opponent on 267 occasions. That, is 132 times more than anybody else in the Championship. He has a higher successful dribble per 90-minute rate than Eden Hazard, Neymar and Lionel Messi. A much higher one. He is already dominating the Premier League dribbling charts. That, I suspect, is a sign of things to come.

Add to all of that his monstrous pace and his explosive power and strength, and you’re left with quite the unstoppable force. His acceleration is mind-boggling, jumping from nought to sixty in less than a few seconds, powering past despairing defenders with embarrassing ease. Take a look at some YouTube videos if you can – there are times when he picks up the ball deep inside his own half and casually rips through the entire opposition outfit. It’s incredible. It almost looks unfair.

But then we return to the problem. What does he do next, after he’s made the opportunity for himself?

There were last season, admittedly, more wobbles – more moments to make the Boro fans tear their hair out. But, more significantly, there were resounding triumphs. Crosses started to find their men, and shots, that he had no real right to take on, started to crash into the net. A stunning performance against Reading last season, where he fired in two thumping strikes with either foot, showed him at his menacing best.

And don’t forget, he’s only 22. He’s got plenty time to improve that side of his game. I wouldn’t bet against him finding his shooting boots at Molineux – if not immediately, then certainly in the exciting years to come. An enigmatic player who’s joined an enigmatic team, there really could be something special on the horizon.

Premier League new-boys Wolves have serious, serious potential. A savvy manager, tactically astute and expressive in his football, Nuno Esperito Santo is a man well capable of getting the best out of the squad, oozing with quality, that he’s had luxury of assembling – and, indeed, the best out of Adama Traoré.

The Portuguese manager brought whirlwind counter-attacking football to the Midlands last year, and will no doubt look to pounce on the break this year, as the opposition gets tougher. What better player to have out wide, then, than the break-neck, bamboozling Traoré, who can literally turn defence into attack with a few turbo-powered strides.

What’s more, 77 percent of Wolves’ attacks came from the wings last season, meaning Traoré will be in and around the hotspots as the Midlanders look to break through the sturdiest of Premier League defences. And, with the impressive Ruben Neves, amongst others, pulling the strings, we can be sure that whenever Traoré is on the pitch, he will have service.

And if that wasn’t enough, Santo’s trademark adaptable 3-4-3, with the three ball-playing centre-backs of Wily Boly, Conor Coady and new signing Leander Dendoncker, the latter two converted midfielders, will also help to provide the wide players with opportunities via long, diagonal through balls. With all three defenders being very capable of providing pin-point 50-yarders, expect to see Traore’s pace being utilised to provide options in behind when the centre backs have possession. After all, there really aren’t that many passes that his blistering pace won’t allow him to get on the end of.

Diogo Jota, who operated on the left wing for Wolves throughout most of last season, ended up with 17 goals and 6 assists in the Championship. That’s pretty good going for a winger. Yes, the competition will be tougher and the opportunities more limited, but at least we know that their wingers get involved.

When all said and done though, this is probably Adama Traore’s finest opportunity to shine. When he’s last been seen in the Premier League, he’s represented 28-point Middlesbrough and 17-point Villa. This Wolves team should, and I stress should, stroll past those point tallies, and play much more attacking, exciting football along the way. He should find himself with more freedom, more ball-time and, ultimately, more chances to showcase his deadly potential.

But that by no means guarantees success. As the Premier League fan is already all too aware of, this rip-roaring winger is prone to fluffing his lines. Nonetheless, last season’s shooting show was encouraging, his assist reel equally promising.

He’s already one of the most exciting players to watch in world football. Now, donning the fiery orange of the new-look Wolves, there’s every chance that he can become a player worthy of representing the fearsome animal that he’ll wear on his chest.