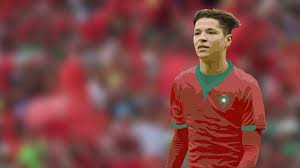 15 days after making his World Cup debut for Morocco, Amine Harit’s career may very well be over.

Reports emerged today that Amine Harit was involved in a fatal car accident in Marrakesh, Morocco. According to the reports, on Friday night, the 21-year old Harit allowed his 14-year-old brother to drive his car. His brother then proceeded to race his friends, driving at high speed before crashing into and killing a 28-year-old pedestrian. They tried to flee the scene, before being chased by bystanders, who stopped them at Yaacoub El Mansour Boulevard, and allowed police to detain them and investigate the scene.

After a breakout season in Schalke, in which Amine had been voted as the best youngster in the Bundesliga for his importance in a Schalke team that finished second, Amine started against Iran in Morocco’s first World Cup match, for which he was chosen man of the match, despite the Atlas Lions’ loss. After the World Cup elimination, Harit had been vacationing in Marrakesh with his family.

According to local reports, Harit is now unable to leave Morocco; his passport was confiscated by police and he was released on bail, while under surveillance as the police investigate the accident.

Whether Amine or his brother was at the wheel, it is likely the Schalke forward will face serious consequences for his actions. Unless new, revelatory evidence is provided, or unless Moroccan justice system turns a blind eye to one of the nation’s most promising talents, or unless Amine pulls a Marcos Alonso and skates free of heavy punishment, it is likely his career, both at the domestic and international level, is dead on arrival.