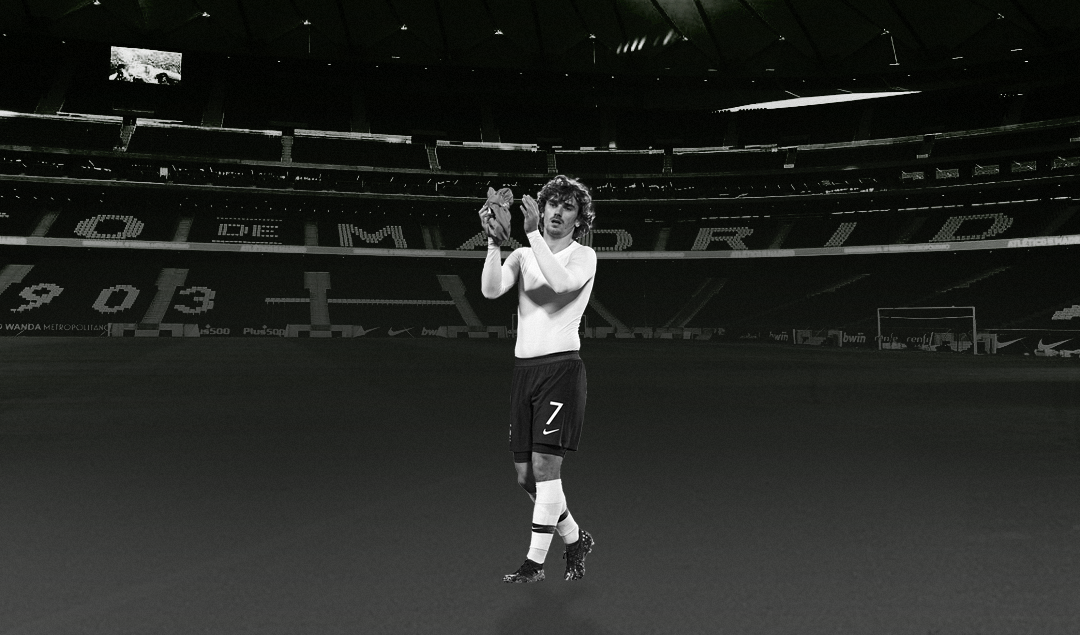 Antoine Griezmann is undoubtedly one of the best football players in the world right now. He’s taken Atletico Madrid to new heights globally, leaving as the fifth highest goal scorer in the club’s history after five seasons but still no one seems to care that he’s leaving.

It‘s almost surreal that the fans feel utter indifference towards a player of his category. Especially when you take into consideration that in most games, he’s given his all on the pitch. But there’s the problem. A player of his magnitude doesn’t just have the camera on him for just 90 minutes. In this media circus that seems to follow every superstar, Griezmann hasn’t know how to handle himself. Giving him a microphone is like giving a monkey a shotgun.

Remounting to 2016, where Griezmann truly established himself as more than just a good player in a great moment. He’d just played the champions league final with Atletico and the Euro 2016 with France; both resulting in defeat for the then 25-year-old who was playing arguably the best football of his career. The summer went smoothly as he quietly went back to preseason with his club. It wasn’t until the end of the summer, even after the transfer window had closed that the rumours fired up. Griezmann had decided to part ways with his agent: “I’m going to operate without an agent but I will always have the advice of my father and also my mentor, Eric Olhats.”, which led many to assume that he wanted to redirect his career.

During winter of 2016, the rumours of a possible move to Manchester United arose as Jose Mourinho wanted to land the French man at all costs. This, fuelled by the way Griezmann had always talked openly about his affection for the club, and his brother constantly posting United-related messages on social media, really made it seem like there was a possible move awaiting.
But Griezmann also decided it would be a good idea to not reject a future interest from Atleti rivals, Real Madrid: “I don’t discard anything”, he said just hours after L’Equipe assured he’d be playing at the Bernabéu the following season. This clearly didn’t go down well with Atleti fans.

Eventually it seemed that the deal would happen, not for Los blancos though, but for United, with Griezmann himself going on talk show before the end of the season and saying that the chances of him playing for the Red Devils in the 2017/18 season were “six out of ten” and days later stating that he was “ready to leave and win trophies”. But there was one thing neither Griezmann nor United were counting on and that was the transfer ban Atletico were hit with. How could he leave his team without their star player and no possible way to replace him?

Staying seemed like the only option, but not before a long renegotiation of his contract, seeing his salary rise substantially. Griezmann announced he would stay for at least another season as soon as Atletico were given their verdict on the ban. Most fans seemed to turn a blind eye to his recent statements and decided to ‘forgive and forget’ after he signed the new contract.

But the mics just kept on getting closer to Antoine and he couldn’t seem to keep his mouth shut. With United well and truly out of the picture, Barcelona emerged as front runners to sign the forward in the coming summer of 2018. It’s said that Griezmann had a verbal, possibly even signed, pre-agreement with the Catalan club in November 2017. The fact that Atletico were knocked out of the Champions League in the group stages didn’t help them convince their star player that there was a stable and growing project within the club. However, they did go on to win the Europa League, being this Griezmann’s first real title of his career.

In the trophy celebrations at the fountain of Neptuno, Atleti fans sang “Griezmann quédate” (Griezmannn stay), with no response from the French man. Fans felt that it was the perfect moment to announce if he was staying and drew their own conclusions from his silence. Days later in the last match of the season at the Metropolitano, Griezmann received boo’s from the fans, resulting in him crying during the match. The stadium then cheered his name, after Godín asked them to support him, but with still no real confirmation that he would be there next year.

With the season over and the World Cup in sight, everyone had an opinion on what Griezmann was going to do but no matter how many interviews he did, he just wouldn’t reveal what club he’d be playing at the following year. With France’s World Cup debut just days away, it was announced that a very Lebron style documentary called ‘The Decision’ would air on the 14th of June with Griezmann finally telling the world where he’d play.

Everyone knows what happened: he stayed. His motives are still unknown but the 23 million euro salary Atleti offered probably played a big part in his decision, making him one of the top 5 paid players in the world; as well as being given captaincy and the signing of his friend, Thomas Lemar. He was basically given the keys to the club. All of this just to announce his departure less than a year later after a year of proclaiming how much he loved Atletico… not to forget that he only signed a new contract on the condition that his release clause shift from 200M to 120M on July 1st 2019.

It’s now emerged that Griezmann signed a new pre-contract with Barcelona in March of this year during the weeks in which Atlético faced Juventus in the UCL and fought for the league with Barcelona. Just another example of his disrespect towards the club that to this day still pays him. As no deal has been reached, Atlético had called on the striker to turn up to training this Sunday, and as expected, was a no-show, alleging it would cause him “emotional stress”.

His replacement has been signed and everyone seems to be moving on.

Griezmann is now part of Atleti’s history, no one can take that away from him. But being part of history doesn’t always mean being remembered. And that’s exactly what Griezmann has managed, or, by default, not managed to achieve. To be an incredible player but just another guy that put on the shirt and left out the back door.