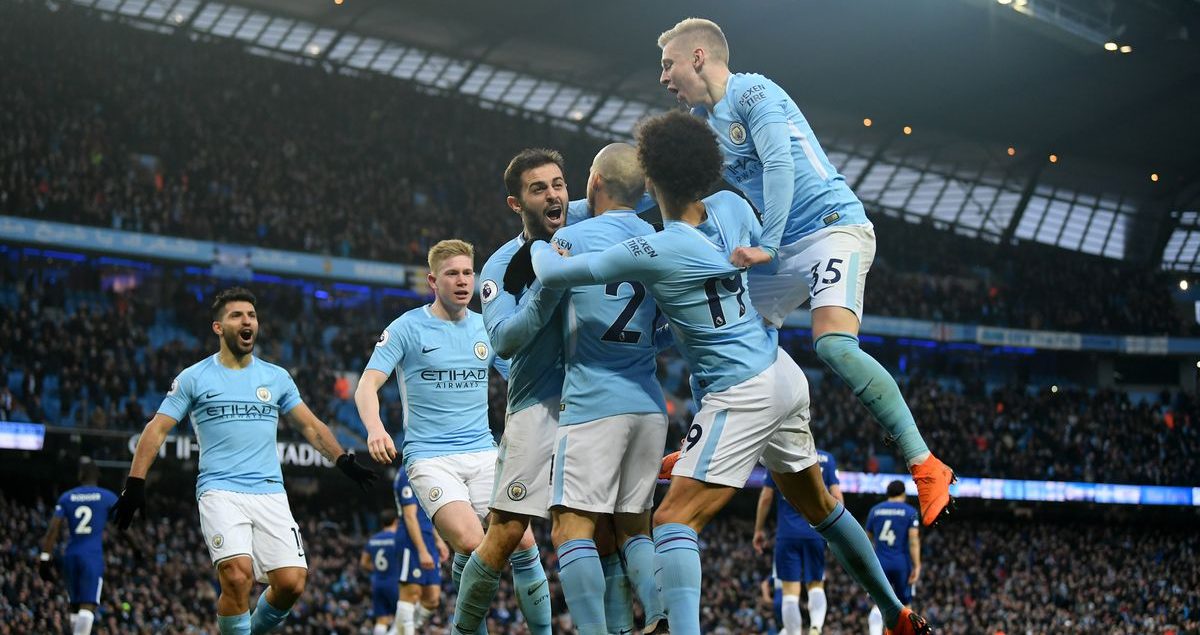 Leaving the Etihad Stadium yesterday made me question what exactly was the point of the team travelling up. It was a gloomy Manchester afternoon, with rain pouring down, the perfect setting for the display which had just taken place. A lack of desire, ambition and direction from the man once loved by Chelsea’s fans, only fueled the tension between Antonio Conte and the travelling Blues. It’s something which would have been unimaginable last season, but this season, it has unfortunately become all too familiar to see Conte’s mind-boggling tactics on display.

To provide a bit of context; the start of 2018 has been a disaster for Chelsea. The team finished January sitting in 3rd after a convincing 4-0 win versus Brighton, closing the gap on United in 2nd. All that Conte’s team needed to do was to ensure victories over Bournemouth and Watford, in order to tighten the grip on the top four finish. It was only six points, but as it always is with the Blues, nothing is straightforward, starting with Bournemouth; a decent team that can perform in the big games. We lacked the quality in the first half and with Chelsea missing a bunch of chances, they surely favoured themselves and subsequently took their chances against a team without a clear striker, which would become the start of the problems over the next few games. Bournemouth won 3-0, but it would only be a mere episode in what would be a disastrous run of form for the defending champions.

Although that was in between Chelsea signing Olivier Giroud and Alvaro Morata picking up an injury, it all but showed the fans that the team cannot function with Hazard in the false nine position. Fast forward six days to Watford, a perfect time to put the result behind them. The line-up was announced at 7pm, and to the fans’ chagrin, no striker. The outcome of the match went as expected; Watford 4-1 Chelsea. An embarrassing result, surely would trigger Conte into utilising two strikers and use Hazard in his correct place, only time would tell. The next two games saw two wins playing West Brom and Hull, both games involving actual strikers.

Leading up to the Manchester City game, Chelsea had been in Manchester a week earlier only to lose 2-1 with a spineless performance in the second half. Nonetheless, the team played well in the first half, with Morata as the target man. He hit the crossbar earlier on and showed that, with an outlet who can threaten on goal, it’s the right formation for Conte to move forward with.

The team news is out at 3pm. I get off the train at Manchester Piccadilly, and look through the team; “Willian,” good, “Hazard” good, “Ped….” stopped reading at that point as a realisation had just sunk in: I had just traveled 3 hours on the train to see the team sit behind the ball.

Conte has surely seen the issue with playing Hazard upfront as he simply isn’t a target man. By playing the ball to his feet and on the wing, where he can sufficiently run at the defence and create chances, you get the best out of Eden Hazard. Up front? You might as well play Andrés Iniesta at left back. Up front, Hazard is tightly marked and cannot roam around, thus leaving him isolated. For 45 minutes, the tactic could have been said to have worked, frustrating Guardiola’s team, however the capitulation inside the first minute of the second showed the difference in quality of the two teams.

So with 44 minutes left, many would have expected Chelsea to have taken the game to City with nothing much to lose being 1-0 down. Conte reluctantly refused to change the style or players, allowing players like Hazard to go missing in a role he wasn’t suited to, Pedro continuing to come short, refusing wide width play and losing the ball and Willian strolling around the pitch. Eden Hazard summed this up perfectly after the match when speaking to the media.

“Once we had the ball, we were immediately surrounded by three or four players. We wasted some simple passes and we didn’t play a good game.” “If Giroud or Morata had played up front, it would have been easier to play those long balls. With me, it’s a little bit more complicated – but I tried my best.” Proving that once again, Chelsea had no outlet or purpose upfront.

Every time Chelsea won the ball back, it would become the same story with a lookup from Cesc Fabregas or Danny Drinkwater, waiting for a run from Willian or Pedro, but when nothing happened a similar scenario would repeat itself with playing balls back to the defence of Azpi and Christensen, then back to Courtois, then out of play, only for City to then play the ball around the midfield looking for the space to exploit, leading to City having the most passes in a match since the 2003/04 season. If you looked at any pass graph, Chelsea had no outlet and would always go back and the majority of passes forward were failures as no one was pushing up and allowing City players to press, pushing Chelsea into making mistake after mistake.

It was clear that the game plan was to go to City and defend, limiting their chances, but nobody expected Chelsea to hardly attack in the second half when they needed it. This was displayed to the wider public with a video circling of 8 Chelsea players behind the ball and not pressing even when David Silva becomes within a step of Cesc Fabregas, showed that the players had been instructed to just wait and not to press. This angered many of the traveling 3,000 Chelsea fans who had paid good money to see their team, but in a gutless and simply inexcusable display that a team like West Brom would have been proud off.

Of course, there is some sense in the method that Conte had employed. If Chelsea would have gone full blown attacking, they would have been punished by the quality and power of City, but a manager like Conte should know of the balance between defence and attacking which had to be exploited by using a striker to create space and to get on the end of chances created. Conte now has a tough month ahead with Palace, Barcelona and Leicester in the FA Cup quarters up and coming, and it will be interesting to see if he remains stubborn in his ways or if he really wants to remain as Chelsea boss, by experimenting and using the players at his disposal by salvaging this season, by trying to progress in the Champions League, FA Cup and getting into the top four.