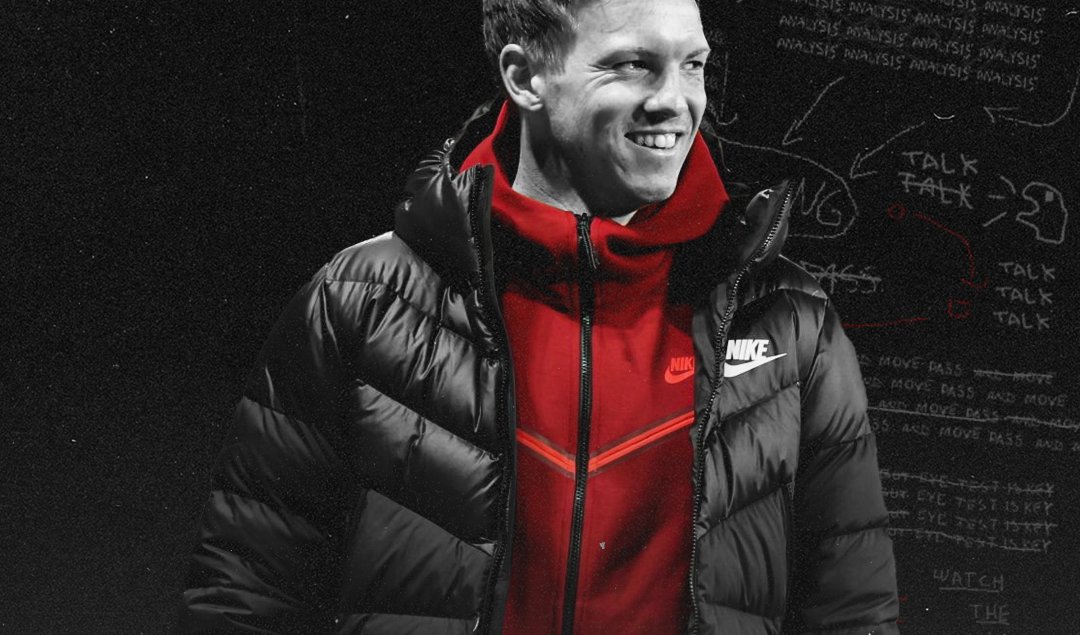 It comes as little surprise that Bayern Munich have confirmed a deal to bring in Julian Nagelsmann as their head coach for the 2021/22 season. After Hansi Flick announced his intent to leave last week, there was only one man the club and the fans wanted and now, the 33-year-old from Landsberg, Bavaria, a Bayern Munich fan since his childhood, gets to manage the club of his dreams.

It was a statement of faith from Bayern that they were willing to offer Nagelsmann a five-year deal and agreed to pay a world-record fee of €20 million for his services. The last manager to last at the club that long was Ottmar Hitzfeld, who was in the hot seat between 1998 and 2004. Since then, the likes of Pep Guardiola, Carlo Ancelotti, and Louis van Gaal, amongst others, have had the role, but never a contract that big. Stretching back to 1970, only three coaches have been in the job for five years or longer: Udo Lattek, Pál Csernai and the aforementioned Hitzfeld.

In terms of the transfer fee, the expected €20 million is €5 million more than what Chelsea paid for André Villas-Boas back in 2012 and it looks like a record that’s unlikely to be broken anytime soon. At 33, Nagelsmann will have plenty of history to his name. He will be the world’s most expensive coach, the Bundesliga and Champions League’s youngest coach, the winner of the German Manager of the Year award at the age of 29 and much more. This job, though, brings another level of pressure and expectation.

This is, of course, the second time the Bavarian club have officially chased Nagelsmann. Back in 2015, after Nagelsmann won the U-19s domestic championship at Hoffenheim, he visited Bayern’s training ground and spoke to Karl-Heinz Rummenigge, then-sporting director Matthias Sammer and former head coach Pep Guardiola as they wanted Nagelsmann to lead their academy side.

The move never materialised as Hoffenheim made plans to make him their first-team head coach ahead of the 2016/17 season. In February 2016, however, after Huub Stevens departed his role at Hoffenheim, Nagelsmann was promoted early. While many saw this as a PR stunt, the Sinsheim club planned this all along, but not even they would’ve anticipated the level of success the team and Nagelsmann enjoyed. In the 2015-16 campaign, against the odds, Nagelsmann ensured their Bundesliga survival while in the following two campaigns, they would finish in the top four.

He left Hoffenheim in 2019 and in the 116 Bundesliga matches that he managed them, only champions Bayern Munich (279) and Borussia Dortmund (228) earned more points than his Hoffenheim (191). He joined RB Leipzig in 2019, and in his two seasons, took them past the Champions League group stages, reaching the semi-finals in 2020 whilst also improving them in the league, however, they were a step or two behind Bayern in the chase for Germany’s top prize.

As he leaves Leipzig, there is a sense of incompleteness. Red Bull’s Head of Global Football, Oliver Mintzlaff, said that Nagelsmann took Leipzig to a higher level and rightly praised him for his work, but when they appointed him in 2019, they wouldn’t have planned to keep him for just two full seasons. Nagelsmann’s last game for the club could result in their first major trophy: the DFB Pokal, but to get there, they will have to beat Werder Bremen in the semi-final and then either one of Borussia Dortmund or Holstein Kiel in the final.

There will be lots of eyes on both Bayern Munich and Nagelsmann now. For the new coach, he will face a level of pressure that he was unaccustomed, and perhaps protected from, at both Hoffenheim and RB Leipzig. Bayern are a different animal, though, and the job comes with a different level of pressure. They’ve never had a head coach this young, but that doesn’t mean Nagelsmann will be exempt from facing the heat if things go awry. He is a calculated man, someone who knows the scale of the task and he wouldn’t have taken the job if he didn’t feel he was ready.

After he rejected Real Madrid in 2018, he told The Independent in 2020 about the approach from the Spanish capital and how he wanted to follow his own natural progression in the game: “The main thing is to make the right steps, not the biggest steps. Real Madrid is probably one of the highest steps you can take so I thought ‘you turn 31, go to Real and where to do you go from there?’”

Now, he sees Bayern Munich as the right step. There were strong links of him moving to Tottenham to replace José Mourinho, but from his perspective, it would’ve been a sideways move: going to a club that’s challenging to get into the Champions League wouldn’t have been much better than what he had at Leipzig; Bayern, however, win titles and will want to be at the top of the mountain in Europe once again next year – going after Nagelsmann with so much intent would have appealed to Nagelsmann.

The last few months have seen a merry go-round in the Bundesliga in terms of managers, and the news of Nagelsmann’s departure to Bayern Munich only adds to that. Hansi Flick, the man leaving the Bavarians, is expected to join the German national team after the Euros, while Marco Rose takes over at Borussia Dortmund and Eintracht Frankfurt’s Adi Hütter replaces him at Borussia Mönchengladbach. There is now, of course, an opening at RB Leipzig, and according to Mintzlaff, there is a three-man shortlist to succeed Nagelsmann next season.

Red Bull Salzburg’s Jesse Marsch is expected to be on the top of that list: he knows RB Leipzig well, having worked there as Ralf Rangnick’s assistant in the 2018/19 season and he knows the Red Bull way, having worked at three different Red Bull clubs (New York, Leipzig and Salzburg). Wolfsburg’s Oliver Glasner, who has impressed many this season and is on his way to guiding his team to the Champions League, is another while the outside bet would be Stuttgart’s New Jersey-born Pellegrino Matarazzo, who helped the club return to the Bundesliga and keep them there.

With Dayot Upamecano swapping the Red Bulls for Bavaria, Sporting Director Markus Krösche leaving his role and Ibrahima Konaté likely to join Liverpool this summer, RB Leipzig will have earned over €100m from their head coach and two most potent defenders leaving and will have to make a new start next season. They’ve already signed players like Mohamed Simakan and Joško Gvardiol while January signing Dominik Szoboszlai will make his debut after suffering from injury since joining the German club.

All in all, it’s a shake-up at RB Leipzig and the start of a new, historic era for Bayern Munich. For Julian Nagelsmann, it’s a dream come true: he suffered heartbreak as a player, as his career came to an end at the age of 20 due to injuries and an operation gone wrong, but he made the most of his managerial career.

Next season, he’ll be leading one of Europe’s greatest clubs, and he’s earned that right. He’s fit for the job: the tactical nous is matched by his supreme man-management, something many of his players have appreciated, and that will be needed at a place like Bayern Munich.