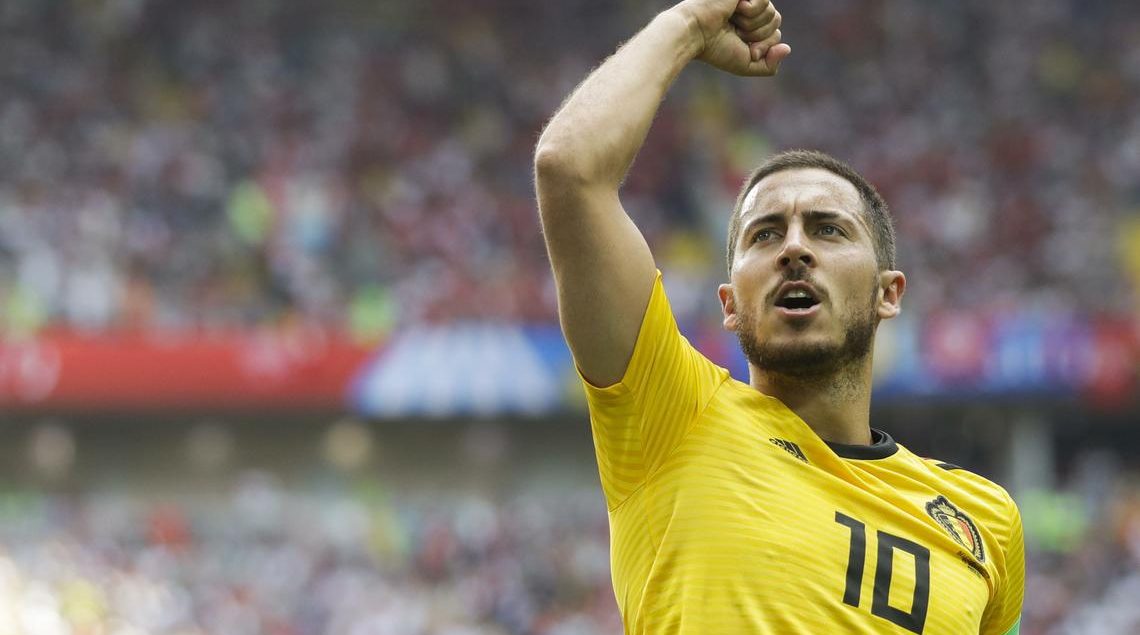 After Takashi Inui, the Real Betis man, scored and increased the deficit to two goals for Belgium early in the second half, the camera panned to the Red Devils’ manager, Roberto Martinez. Martinez looked unruffled as he was ruminating his next move. Subsequently, he made a double substitution, a move that seldom a manager will make in modern football. Nacir Chadli, who only played a total of five Premier League matches last season for a relegated West Brom side, came on for Yannick Ferreira Carrasco, in a straight swap at left wing-back, and Fellaini came on for Mertens, acting as a target in the box, while also helping out an outnumbered Belgium midfield of Kevin De Bruyne and Axel Witsel. Belgium remained unperturbed as Vertonghen nodded a goal back, rather unconventionally.

Fellaini then scored five minutes later off a header from a nifty Hazard cross. The Red Devils later completed the comeback in stoppage-time when Nacir Chadli, the substitute, scored after some incredible movement from Lukaku. Roberto Martinez’s substitutions shifted the narrative of his Belgian side immensely, from “a bunch of unproven individuals” to “a real title contender.”

Martinez has deployed a 3-4-3 system for Belgium; a formation we haven’t seen in the 2018 World Cup to date. Martinez has three strong centre-backs, in Kompany, Alderweireld, and Vertonghen, with a lack of talent in the outside-back position. Hence, he plays Meunier as a more defensive wing-back on the right, and he plays Carrasco on the left. The system highlights their young, lethal attack, and especially Eden Hazard. Hazard is free to roam on the left and he comes inside to create. Lukaku plays as a true number nine, making runs in behind, and playing with his back to goal. His movement has been superb this tournament, exemplified in his first goal against Tunisia, where he checks in and peels off their centre-back, as well as against Japan where he first opened up the space for Meunier, and then he dummied the cross which opened up an easy finish for Chadli.

Lukaku stated in an interview for The Players Tribune, “I’m standing with the legend [Thierry Henry,] in the flesh, and he’s telling me all about how to run into space like he used to do.” Lukaku couldn’t have a better assistant coach and mentor than Arsenal legend Thierry Henry. The only fault I see in the Belgium system is the lack of freedom for Kevin De Bruyne. He’s playing in a two man midfield alongside Axel Witsel. For Manchester City, De Bruyne is a player that likes to check and find space in-between the lines and get on the half-turn. For Belgium, he’ll have a more defensive role; however, he won’t shy away from the dirty work. De Bruyne expressed in an interview with Nike Football recently, “I’m probably one of the biggest competitors you will see in football. I cannot stand to lose.”

Against a fit, well-organized Japan side, Belgium proved they can overcome adversity and keep their cool. Japan pressed high early on which left Belgium a little shell-shocked. Japan maintained their energy for well on seventy minutes and looked the better side for much of the game. Belgium were able to create opportunities on the counter and when crossing. In their possession-oriented system, the wide centre-backs would split, and they’d look to find Witsel, or De Bruyne. If they had to skip the midfield, they’d look for Lukaku to hold up the play. From there, they’d look to get the ball out wide and find their playmakers. Lukaku and Hazard both had significant chances that could’ve drastically altered the game, with Hazard hitting the woodwork that would’ve equalized. As heart-wrenching as the stoppage-time goal from Chadli was for Japan, the Group G winners, Belgium move on. As we say good-bye to Japan, we ask ourselves, “How far can this golden generation really go?” Belgium takes on a high-flying Brazil side in the quarterfinals of the World Cup. This generation will never have a better chance to prove their worth than they do now on the world’s biggest stage.