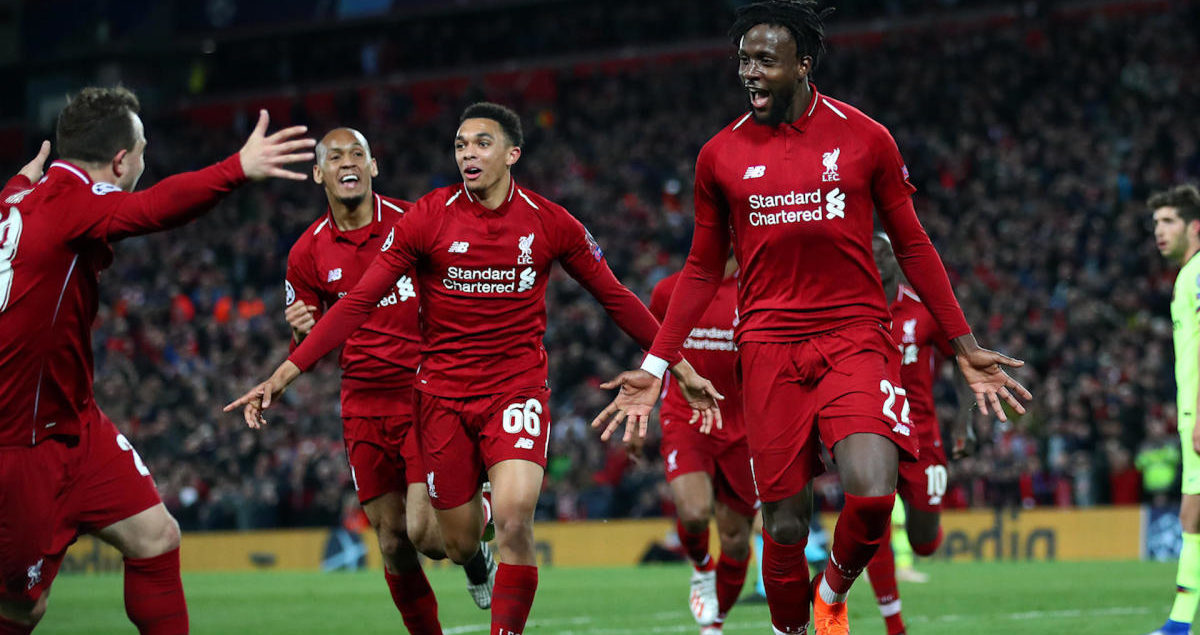 Finally, after an almost interminable three week wait, the Champions League final is nigh. Standing in the way of Liverpool avenging their final defeat to Real Madrid in Kiev last season are their domestic rivals, Spurs.

In some way’s, both club’s group stage campaign’s have mirrored each other’s. Both team’s went into the final match day knowing that they’d need a result in order to progress. The knockout stages have proved similarly arduous, especially for Liverpool. First leg defeats and draws to Barcelona and Bayern respectively put the Reds on the back foot in the return in fixtures. To win 3-1 away to the German Champions and, more impressively, to triumph over Messi and co despite going into the match 3-0 down on aggregate is indicative of the strong and resolute character — not to mention the playing quality — that is commonplace in Jürgen Klopp’s squad.

There were legitimate concerns raised about Liverpool’s European away form during the course of this season. Until the win over Bayern Munich away in the round of 16, the Reds had failed to win away in European competition since they defeated Manchester City in last year’s quarter final.

However, even taking into account the defeat away to Barcelona — which, on reflection hugely flattered the Catalan’s — Liverpool have looked far more assured on the road. A thumping 4-1 win away to Porto and a professional 3-1 win away to Bayern Munich showed a new level of game management and coolness that had evaded them in the past. This, added to their usual attacking prowess and dynamism, is part of a multi faceted and balanced team.

Even in defeat to Barcelona, the performance was extremely encouraging, with enough chances being created to have made the complexion of the game to look totally different and the majority of possession belonging to the visitors.

The acclimatization of Fabinho to the levels that Klopp wanted from him has been a catalyst for Liverpool this season, particularly in Europe. The Brazilian has been instrumental part of the Reds progressing to the final. In the miraculous 4-0 victory over Barcelona, the ex Monaco man was irrepressible. Physically, tactically, and technically, Fabinho savaged his Barcelona counterparts in the engine room and provided a platform for the front three — shorn of Roberto Firmino and Mohamed Salah — to win the tie for Liverpool.

Fabinho being settled into the team also allows Jordan Henderson to play further up the field, an area where he is more influential. Much maligned as a #6, Henderson is allowed to play his natural, energetic, hassling game when he plays as one of the two advanced midfielders ahead of Fabinho. A good example of what Henderson brings in this role is the opening goal, from Divock Origi, against Barcelona at Anfield. Aggressive and forward thinking, Henderson filleted through Barcelona and his shot was parried into the path of Origi to score by Marc Andre Ter Stegen.

Liverpool’s chances will be boosted by the return to fitness of Firmino. Not that you’d know it by the result over Barcelona — both games which the Brazilian missed through a muscular injury — but the former Hoffenheim man is arguably the Reds’ most influential player that isn’t Virgil van Dijk. Selfless, spatially aware and spectacularly hard working, Firmino is a massive reason why Sadio Mané and Salah register goals so frequently. His intelligent use of his movement to maneuver and manipulate opposition’s defensive shapes gives Mané and Salah the requisite space to thrive.

At the beginning of the season, especially in the league, Liverpool’s defence was nothing short of ironclad. The theme continued throughout the season, with the Reds only conceding 22 league goals. Alisson and van Dijk were obviously key components in this run of solidity, but Joel Matip needs mentioning in the same breath as the aforementioned defensive centurions.

Joe Gomez started the season in spectacular form, but unfortunately missed a large chunk of the campaign due to a broken league suffered away to Burnley in December. Into his void stepped Matip and the Cameroonian has been exceptional since.

His bravery on the ball, both in passing and carrying the ball, has consistently broken lines and made the life of his midfielders easier. Off the ball, he has shown concentration and mental application that has surprised the vast majority of fans. That two separate players, Gomez and Matip, have excelled next to van Dijk this season shows the Dutchman’s leadership abilities and overall quality.

As for Spurs, they have done exceptionally well — especially in a season where lots of their important players went deep in the World Cup and they made Premier League history by signing no one in the transfer window — to get to this stage. They have rode their luck at stages, but no one who contests a European final doesn’t deserve to be there.

All the indications suggest Harry Kane will be fit for the final. For this game, though, it may be wise for Mauricio Pochettino to keep his talisman on the bench. In Spurs’ knockout stage run, their counter attacking, speedy transitions — with Heung Min Son and Lucas Moura to the fore — have won them games. With Liverpool’s excellent full backs, Trent Alexander Arnold and Andrew Robertson, especially ambitious then exploiting the potential space behind them will be an an avenue Spurs will look to exploit.

As always, Liverpool will look to their press and the width provided by their full backs as their main attacking weapons. In their most recent clash, the Reds triumphed 2-1 at Anfield thanks to a late Toby Alderweireld own goal. Spurs’ initial 352 shape saw Liverpool dominate down the flanks, with the Londoners being very susceptible to quick switches of play. Spurs changed tact at half time and were the better team for large parts of the second half, with Liverpool lacking control in the midfield without Fabinho.

With the Brazilian surely a starter in Saturday’s showpiece, Jürgen Klopp will feel he can better control the midfield and with a bit of luck that he and his team badly lacked in last year’s final, the destination of the cup.