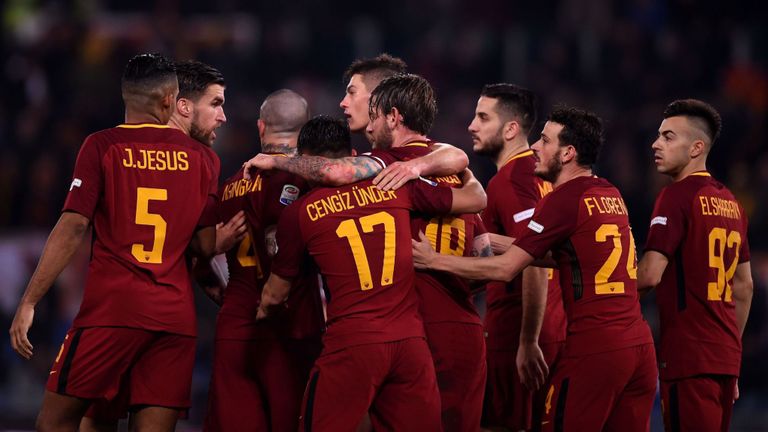 For the first time in a decade, Roma has progressed to the quarterfinals of the Champions League. Defeating the Ukranian champions Shakhtar Donetsk in a cagey tactical battle over two legs, Roma now face the Spanish giants Barcelona. The Spanish giants are not unfamiliar opponents to the Giallorossi, having played them twice in the group stages two years ago. Roma held Barcelona to a 1-1 draw at home but were thrashed 6-1 by the Blaugranes in Barcelona. To many fans, this should be an easy victory for Barcelona and another thrashing Roma will endure at the hands of one of Europe’s elite teams.

While many will view this game as an easy step for Barcelona, Roma may have a slight chance of an actual upset here. For one, Eusebio Di Francesco and Ernesto Valverde are slightly familiar with each other. Last season, they faced each other twice in the Europa League group stages with their teams Sassuolo and Athletic Bilbao. In their very first meeting Di Francesco beat him 3-0 while losing the second match 3-2. Both managers have shown that they are tactically adept and are not afraid to make tactical adjustments that the fans might disagree if it will lead the team to victory. While both teams they currently manage are significantly different than the ones before, the past encounters may prove decisive in these next two legs.

Roma enter into the first leg with Turkish starlet Cengiz Ünder missing the game due to a hamstring injury while Radja Nainggollan and Lorenzo Pellegrini are in the squad heading to Barcelona. Form wise, Barcelona are still undefeated in the league while Roma have won the last four out of five matches they have played having just drawn with Bologna. If Roma are to advance to the semifinals, they will need to ensure that they can limit Messi’s influence on the pitch and be able to disrupt Barcelona’s rhythm. Alisson and the defence will need to produce world-class performances in order to nullify Barcelona’s attack while Dzeko and the attack will need to make the most out of the chances they are afforded. Roma cannot afford to snatch at any chance that comes to them. I expect to see Roma defend with a low-block while hitting Barcelona on the counter. Di Francesco will be trying his hardest to limit the amount of goals Barcelona will score in this first game while trying to grab the precious away goal. If they can keep the first game in check, Roma may have a good chance of securing their passage to the semifinals when they play the second leg in Rome. At home, Roma are a different beast with zero goals conceded and five goals scored in the four Champions League games played in Rome.

No matter what happens, I can confidently say that this Champions League run has by far been one of the best that Roma have had in a long time. Not only were they able to finish first in a group with both Atlético Madrid and Chelsea, but they were also able to advance past the round of sixteen while exacting revenge on Shakhtar Donetsk. The only thing that can disappoint me more than being knocked out is if the team does not play with their utmost ability and do not show any passion and grinta. We never know what type of Roma will show up in Europe, so as always: La Roma non si discute, si ama. In bocca al luppi, AS Roma! You’ll definitely need it.