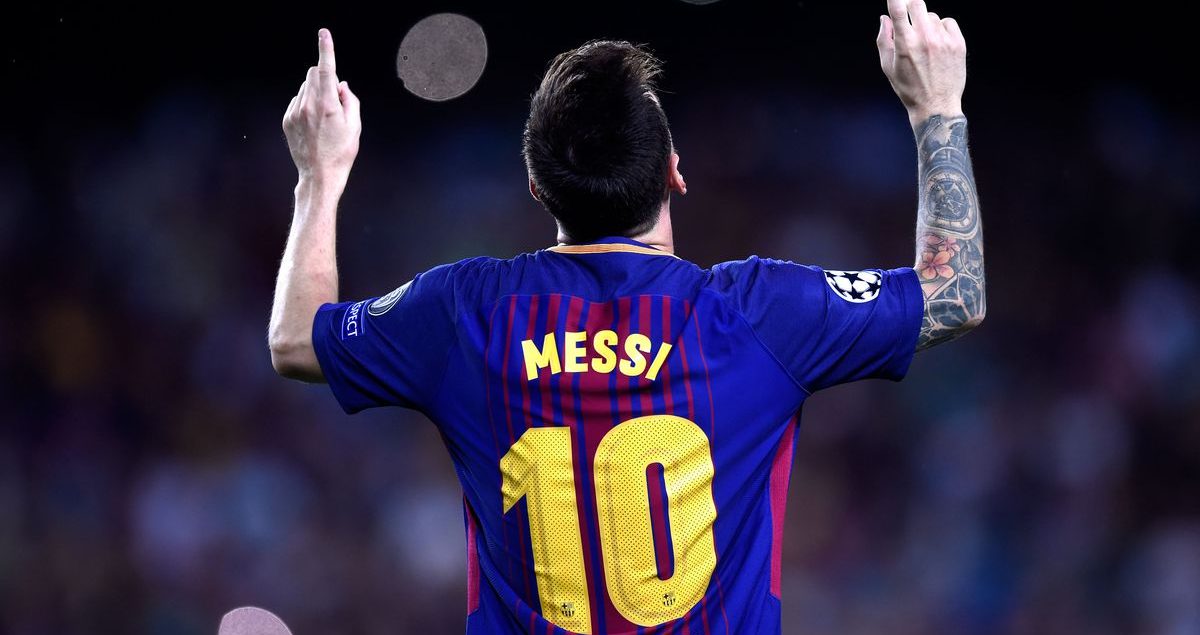 It is difficult to conceive of a Barcelona team that might show up that is capable of losing to Roma, as the two face off in Champions League this week.

Cries of “arrogance” are going to fly hither and yon, but there is a reason that Barcelona supporters were excited at the draw. Roma sits third in Serie A, a better side than when it last played Barcelona in 2015, and that legendary Florenzi goal that snookered a deer in the headlights Marc-Andre Ter Stegen. But Barcelona is also significantly better, which seems odd to type given that the second best player in world football is off doing his thing in Paris.
What has happened to Barcelona in the intervening years, and under the tutelage of new coach Ernesto Valverde is that the team has developed a foundation. The Luis Enrique team that Roma saw was still punctuated by “Wheee!” It had to be, but that weakness was there to be exploited by the right team. Roma wasn’t that team in aggregate, just as it won’t be in this tie. But the weakness that the team had then, pretty much all of them, have been eradicated or diminished to manageability.
Valverde has constructed a team that allows Lionel Messi to be a more decisive force than he has been in a great while. He has gone through phases, from titan learning the extent of his powers to goal scorer extraordinaire. But even in all of those iterations, it is difficult to think of a time when Messi has been more decisive than under Valverde, in this team. He can score the goal, create the assist, make the key pass that leads to the assist, helping Jordi Alba prise open a defense from the left side. He ghosts into space created by Iniesta and Dembele, to feed Suarez or finish himself.
Like every other team Barcelona has faced so far, Roma won’t have an answer — not over two legs, because there IS no answer to a player whose effect is as much psychological as it is physical. He doesn’t just distress a defense and do what he does. He also elevates his teammates, who are already among the best players in the world at their position. Barcelona will almost certainly roll out the gala XI:
Ter Stegen
Sergi Roberto  Pique  Umtiti  Alba
Busquets    Rakitic
Iniesta   Messi
Suarez    Dembele
Dembele is the wild card, even as he will also be the weak point that Roma will attack hoping to turn possession to free up a dynamic run from Under, or a counter to create space for Dzeko. But Dembele is also the lever that can prise open any defense in the game, a player who has to be respected when he has the ball at his feet, especially in the form that he is in. And then there is Messi. There is always Messi.
What will help Roma is that the first leg is at the Camp Nou, so the danger of the away goal will be real. Valverde, as a conservative coach, will play this first leg tighter than he customarily might, so don’t surprised if Paulinho gets a run out instead of Dembele. Set pieces will be a potential point of attack for Roma, who will enjoy a size advantage. But in big matches, Barcelona focuses on not giving up set pieces, understanding that potential weakness.
The other big danger that Roma offers is pace. El Shaarawy and Under have the kind of pace that can stand a match on its ear, especially for a team that is, on aggregate, as lacking in pace as Barcelona. De Rossi is a smart midfielder who is fully capabke of playing the precise kinds of passes that take advantage of slack possession. Barcelona will need to be very careful. A fit Busquets will solve a lot of those worries, but that concern coukd be another reason Paulinho could start imstead of Dembele.
There will be talk of formations, but the only thing that will matter is how good Roma will be at controlling one of the most impressive attacks in the game. They will (or should) set up to defend. It isn’t that they can’t play an open game, but rather than when they do, it creates defensive vulnerabilities that can be exploited. The closest they have come to seeing the kind of ball control and movement-based attack they will see from Barcelona is against Napoli. They won that match, but Napoli had chances. It could as easily ended 4-4 as 4-2. Playing open against Barcelona would be madness, and Di Francesco won’t do it. He will draw his team up as any coach would against Barcelona, to defend and press, but with an eye toward the counter.
The biggest news from the run-up is the injury to Radja Nainggolan, a key player for Roma in buildup of attacks, midfield control and the occasional golazo from distance. Word is that he is unlikely to be ready by midweek. Barcelona has its own complexities in Busquets, who will be back in the side having just recovered from a toe fracture, and Messi, who has been nursing a hamstring complexity for some time even as he has been as his usual dominant best.
What will also help Roma is that Barcelona had to dig deep on Saturday to secure a draw against Liga rival Sevilla, something sure to affect player legs later in the first leg. If Roma can take advantage of that by turning the match open to make the Barcelona players run,, they can create danger. But if things open up, there is always Messi.
What comes to mind is a scene from the classic film “”Cool Hand Luke,” where one of the prison guards is describing the laundry list of offenses, any of which will get you “a night in the box” as punishment. Messi is that night in the box. No mater what you do, no mater what you try, punishment beckons. That will be too much for Roma to overcome.