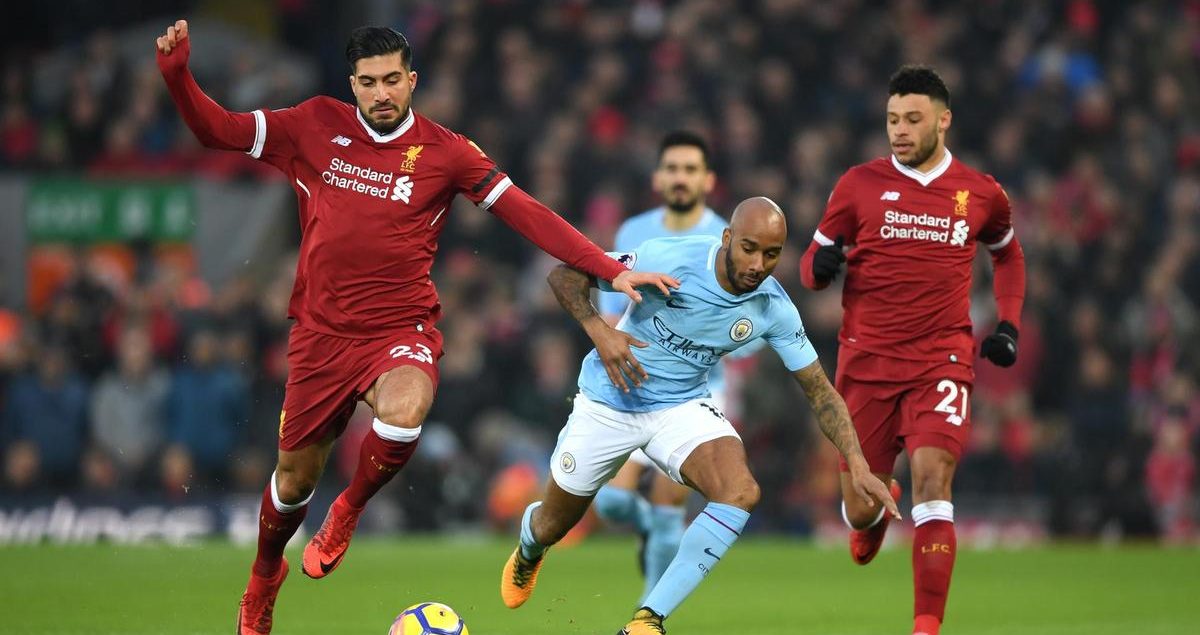 Going into the Champions League round of 16, five Premier League clubs’ hopes of lifting the European Cup were still alive. Heading into the quarterfinals, only two remain. The dynamic matchup of Pep Guardiola’s Manchester City against Jurgen Klopp’s Liverpool will take place for the third and fourth times this season after the two teams were drawn against each other in Europe’s most prestigious club tournament.

With the exceptions of this Champions League round and a meeting with Chelsea in the penultimate week of the Premier League, Liverpool’s remaining schedule consists only of matches against teams outside the top eight. This, along with Nathaniel Clyne returning from injury and Adam Lallana and Danny Ings returning to the squad rotation, gives Klopp the time and players needed to potentially defeat Manchester City once again.

Pep Guardiola has the Citizens gunning for history. In addition to likely breaking the Premier League record for most points in a season, Manchester City could also score the most goals in a season, passing Chelsea’s prolific 2009/10 103-goal campaign. However, their loss at Anfield in January, while it was a popular pick to halt their near-unprecedented winning streak, reinforced not only the theory that they could be beaten, but also the mantra that Liverpool’s attack is one of the best in Europe.

And what an attack it is. Mohamed Salah is at the top of not just the Premier League Golden Boot race, but also the distinguished European Golden Shoe list, which could end with the first player who is not plying his trade for Barcelona or Real Madrid winning the award since 2013/14 when Liverpool’s Luis Suarez split it with Cristiano Ronaldo. The front three of Salah, Roberto Firmino, and Sadio Mané have combined for 73 total goals and 28 assists, including an impressive 19 Champions League goals. Their combination of speed and spatial movements played a big part in their 4-3 victory over Manchester City. Klopp had them utilize his signature gegenpressing to cut off passing lanes from Ederson and the center backs, most notably to Fernandinho who was consistently blocked by Firmino. In doing this, City was forced to play long balls into the attack, which Liverpool’s back four handled well. A few mistakes from City’s back line, including a blocked clearance resulting in a Salah goal from distance, and the match finished as an instant classic.

Managerial mastermind Guardiola likely now has a plan to combat this tactic, though it is no easy task. Throughout the season, Liverpool struggled both in midfield and in defense. Now, Adam Lallana’s very timely return adds to the midfield some much needed creativity, while January transfer Virgil van Dijk has boosted the back line with multiple clean sheets and even an
FA Cup match-winning header on his club debut.

Manchester City are considered by many as one of the top three favorites to win the Champions League. Players like Kevin De Bruyne, Raheem Sterling, Leroy Sane, and Gabriel Jesus form their own lethal attack, and Pep’s brilliant positional play is well-renowned among analysts. Yet with the first match at Anfield, a good result could give Liverpool the head start needed to drop City from the race.