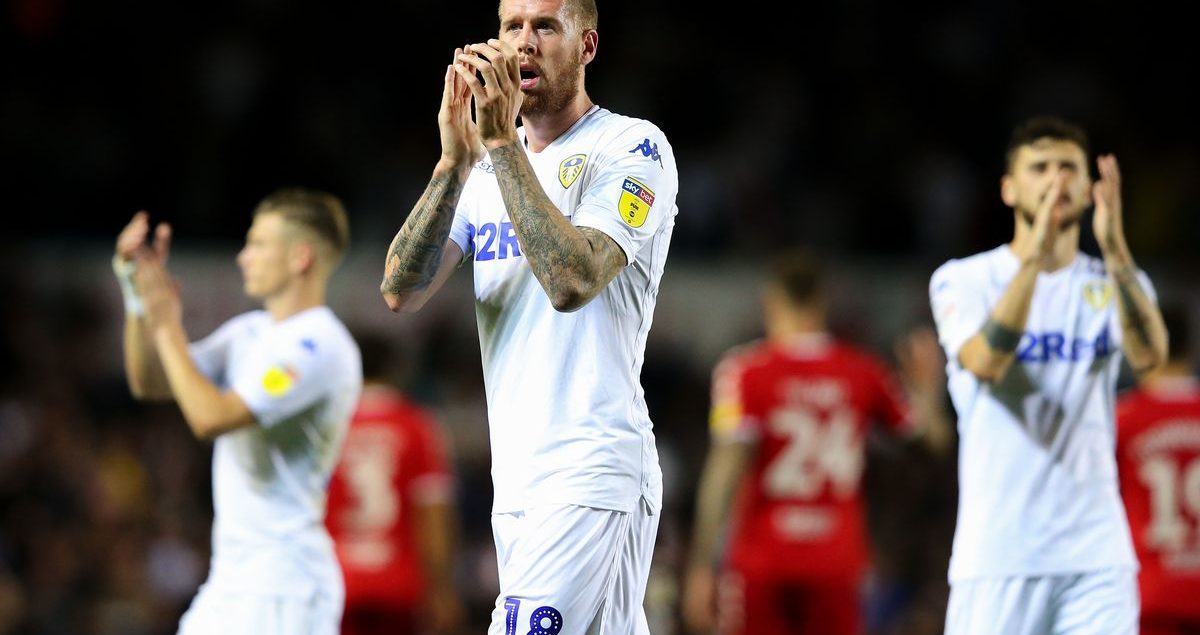 As we pass the halfway point in this enthralling Championship campaign, it’s time to take a look at the standout players in the division thus far. Due to the increasing levels of quality in the league this season, it was incredibly hard to narrow down the vast list of quality players to just 11, but it’s worth a shot.

You’d have to look long and hard to find a better goalkeeper in the Championship than Darren Randolph. The Irish shot stopper has played a crucial role in Middlesbrough’s promotion push, conceding only 17 league goals and keeping 13 clean sheets in 25 games. He is a part of the best defence in the league and is unquestionably the best keeper in the Championship. Many would argue that he deserves to be back in the Premier League, and he may well be heading that way with Boro this season.

Aarons has been a revelation for Norwich this season despite not being in the squad at the start of the season. He forms part of a young, energetic and exciting squad that have set the Championship alight this season with their attacking brand of football. The 18-year-old has contributed 2 goals and 3 assists for the Canaries as they have pushed up to 2nd in the league, whilst also offering solidity on the defensive end. Aarons has attracted interest from Tottenham Hotspurs, with rumours circulating of them submitting a £15 million bid in January. Daniel Farke will doubtless want the teenager to continue in East Anglia as they aim to return to the top flight.

Egan has justified his hefty transfer fee in the first half of this Championship season. The £4.5 million summer signing from Brentford has fitted into the Sheffield United backline perfectly, as the Blades have risen to 4th in the Championship table. The Irishman has formed an impressive partnership with Chris Basham, and the duo have been a crucial part of one of the best defences in the league. Egan has been quite impressive during his brief time at Bramall lane and Blades fans will be hoping his fine form continues.

Passion, desire, and leadership are three qualities that Jansson has in abundance, but don’t let that fool you into thinking he’s just a untalented workhorse. The Swedish defender has everything needed to be successful in this division and may well be considered the best defender in the Championship. A folk hero among the Leeds faithful, he has been terrific during his time at Elland Road. If there’s anyone who deserves to see Leeds return to the promised land, it’s him.

The Scotsman was unlucky to be sold by Wolves in the summer, but instead of feeling dejected after being discarded by last season’s Championship winners, he has bounced back in style. Douglas is an energetic fullback who loves to get forward but is more than capable defensively. He’s picked up from where he left off with Wolves last season and has turned into a real bargain for Marcelo Bielsa. Douglas will be hoping to achieve successive promotions this season to finally get his chance in the Premier League.

He’s been shoe-horned out of his natural central position here, but Adams deserves a spot in the XI, even if it’s on the wing. After seasons of inconsistency, the 22-year-old is finally living up to his potential, leading Garry Monk’s side to a surprise push for a playoff spot. Alongside Lukas Jutkiewicz, he’s formed one of the best attacks in the Championship, having grabbed 11 goals and 4 assists. Adams’ constant running and tenacity has troubled defences throughout the division, and he’s attracted plenty of attention, with Stoke apparently plotting a £5 million move in January. If the Blues are to advance to the playoffs, the powers that be must assure he remains at St. Andrews for the time being.

On loan from Leicester, Barnes has been so impressive this season that rumours have circulated about an early return to the King Power Stadium. He’s been a constant menace for West Brom in attack, scoring 9 goals and recording 6 assists thus far. Along with Jay Rodriguez and Dwight Gayle, the Baggies have the best attack in the league, and it’s no surprise they’re top scorers. Barnes has been central to their success, and West Brom fans will be praying he stays in the West Midlands rather than returning to the East.

One of the classiest players in the Championship, Bielsa has likened the Spaniard to ex-players Alexis Sánchez and Dimitri Payet, which speaks volumes about his talent. Like a “budget David Silva,” he isn’t blessed with amazing physical prowess, but he more than makes up for this with his technical attributes. He is a tricky, skillful attacking midfielder who’s recorded 7 goals and 10 assists so far, making him absolutely vital to El Loco’s side. Hernandez is enjoying his football in a fantastic team, and if he can keep up with Biesla’s high-energy style of play, he will have a fantastic second half of the season as well.

He moved to Bramall Lane for just £2.2 million, and without a doubt, he’s been one of the best value signings in the league this season. Norwood possesses great vision, a stupendous passing range and boasts terrier-like tenacity. Promoted whilst on loan at Fulham last season, the Northern Ireland international is a proven quality player at this level. He’s an irreplaceable starter in Sheffield United’s midfield, having scored 2 goals and supplying 5 this season. If he continues at this rate, Chris Hughton may start questioning why he let him go.

It would have been impossible to not include Teemu Pukki after his electric start to the season. Arriving on a free transfer from Brøndby, he has been the standout player in the Championship, with a red-hot scoring record that has caught defenses, neutrals, and Norwich fans by surprise. Out of his 13 goals, not many have been spectacular, but the Finnish forward always knows where to be in the box. He’s chipped in with 5 assists as well, as a crucial part to the Canaries’ fantastic start to the season. After bouncing around Europe, Pukki may well have just found his long-term home at Carrow Road.

Dropping down to the Championship, Gayle was determined to show Newcastle what they’d miss out on, and he has done exactly that so far this season. Him and his fellow Baggie attackers are scoring goals for fun, and while they currently sit in the playoff spots, Gayle will be aiming for automatic promotion. With 13 goals in 20 appearances, the former Crystal Palace striker has one of the best goal-to-minute ratios in the league. Gayle has settled in superbly at the Hawthorns and he’ll be back in the Premier League sooner or later.

A number of options spring to mind when thinking about the manager of the season so far. The likes of Farke, Wilder, McClaren and Monk are all valid suggestions, but Bielsa just edges it. Leeds have been a “sleeping giant” for years, but Bielsa has awoken them. They’ve flirted with the Premier League in the past, but now, they’re firm favourites for promotion, sitting at the top of the table.

There were huge expectations in Yorkshire following the Argentine’s appointment, but Bielsa has exceeded them. They are playing fast, exciting and fluid football, and Leeds fans are starting to dream of a return to the big time. The challenge for Bielsa now is to avoid the “burnout” that some of his teams suffer due to his eccentric coaching style. If he can manage to do so, he’ll successfully bring Leeds back to where they belong.

The Romanian keeper has impressed thus far at Nottingham. The 6’6 giant has kept 10 clean sheets this season, leading the 3rd-best defence in the league.

He’s recorded 3 goals and 4 assists whilst being assured defensively. After far too many years of injuries and playing second-fiddle on the sidelines, Gibbs has been a vital part to West Brom’s promotion hopes, and he may be returning to the Prem sooner than later.

Rock-solid pivot who has been consistent for Bielsa’s Leeds, offering the tenacity and aggression that define El Loco’s systems. One of the best defensive midfielders in the Championship.

Relentless winger who’s bagged 6 goals and 7 assists. Lolley has been one of Forest’s best performers during their playoff push.

Versatile attacker that has scored 13 goals. Roofe is lightning quick, and as last Wednesday’s injury-time brace indicates, is playing some of the best football in his career under Bielsa.

The target man has been directly involved in 17 goals. “The Juke” has formed a formidable partnership with Che Adams that has helped Birmingham rise up the table.

Top scorer with 15 goals in a struggling Brentford side. It wouldn’t be surprising to see the French striker move on in the near future after his fine start to the season.