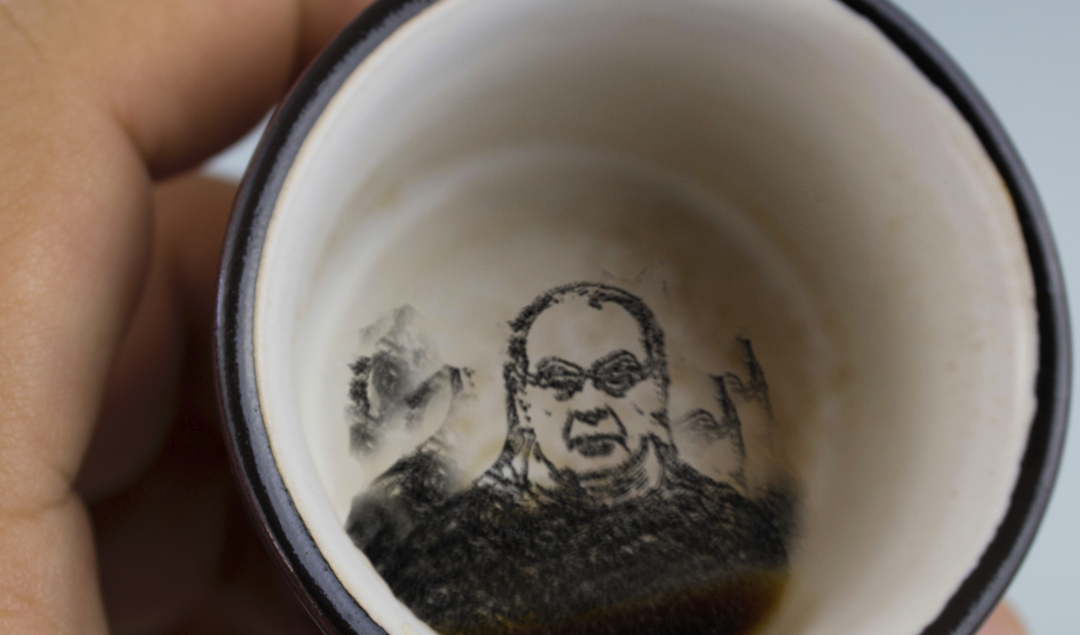 There is this group of students who have been taking mathematics lessons for the last three years from the same tutor. This tutor has helped them become excellent students in maths. But suddenly, out of the blue, a new tutor steps in and starts teaching them science. The students have no issue grasping the science lessons for the first three weeks, and early on, it seems they are naturally proficient in science. But when the subject matter starts getting more complex, and when they must now learn the structural formulas of chemistry, they start falling short. Some of them, one could argue, have almost given up.

These students don’t know what to do. This is a completely new subject to them. On top of that, the new tutor is a genius in that subject. He knows as much about this subject as their former tutor knew about mathematics. But being the genius that he is, he wants everything to be done his way. He wants students to respect his methods and pay obedience to his advice. This control freak sees them not doing enough for his liking, and he goes about criticizing them.

The students feel that this criticism is unjustified, not just because he’s come out of nowhere to teach this subject or because it is too complex for them to understand, but because he has nothing to show for his ‘genius’ abilities. No medals, no trophies, no life-long legacy, nothing.

This bunch of students are the current batch of Chelsea players. Players who look out of their depth while being played in a way they have never played in their career. Whenever Maurizio Sarri stubbornly stands behind his methods, these players grow skeptical and question whether he’s achieved enough in his career to back up his ‘my way or the highway’ mentality.

As Sarri totters at the edge of a possible axing, he seems to have become a victim of expectations, as well as his own obtuseness. The defeat to Manchester United in the FA Cup brought back worries of a lack of Plan B, as Ole Gunnar Solskjaer’s men knew exactly where Chelsea would fall short and knew how to hit them where it hurts them the most.

United attacked the half-spaces at the right time. They got between the centre-backs and the full-backs and exploited the space there to the full extent, tormenting Marcos Alonso with pace and trickery, neither of which he’s been proven to defend well against. Solskjaer’s men later went on to close the game out without any fuss, showing aggression and hunger up until the final whistle. Despite being in the interim job for just over two months, Solskjaer’s side looked closer to scoring a third goal than Sarri’s dejected bunch looked to scoring a first.

Perhaps it’s simply impossible to have a Plan B when the Plan A isn’t working at all. The Chelsea players seem clueless about how to go about things. Just as they were last season, they seem happy to knock the ball forward to Eden Hazard and hope that he weaves some magic to take them through, but they don’t know what the plan is. It’s just one way, if that way ever works.

Of course, Sarri’s system of possession-oriented football isn’t an easy thing to conquer for any player. But just like how Chelsea isn’t made for a manager like Sarri, playing ‘Sarriball’ isn’t meant for every player in the world. And when the manager who’s teaching that way is struggling to come to grips with a new language, getting his point across is always an added thorn in the rear.

During the 6-0 hammering at the hands of the other Manchester side, Sarri often looked hopeless on the touchline. He had nowhere to hide for such a hideous performance; it seemed the underdog hero, the football romantic that had taken Napoli to unforeseeable heights just a year ago, that visionary was beginning to crumble under the harsh spotlight of the Premier League. Either the players were too doltish to understand what he was saying, or the system that he was teaching was too sophisticated for them to understand.

And if these players are the same ones who won a Premier League while playing a starkly different brand of football at Chelsea than the one that Sarri professes, they would obviously be scratching their heads.  The 60-year-old man from Naples didn’t win a single trophy at Napoli, and the Chelsea players wonder if they should pay heed to Sarri’s demands of playing a way that hasn’t yielded enough tangible results. While Sarri has not helped himself, if this were another club, the relationship between the coach and the players would have never gone so sour this fast.

Like the students from up above, Chelsea started off the season very well and went unbeaten for 18 consecutive games. But after that, it fell apart. Teams knew how to beat them. They knew where their weaknesses lied. And they hit them where it hurts, just as United did on Monday.

The problem doesn’t really lie in the absence of Plan B, but in the flawed execution of Plan A. You rarely see Pep Guardiola resort to a Plan B. That’s because his Plan A always works. But making it work takes time.

When Guardiola joined City in the summer of 2016, he took a season to completely make the side his own. He got the money to spend to bring players who could understand the level of complexity that comes with his style. He wanted players with specific technical abilities: after all, not every defender can be as technically sound as John Stones and not every midfielder can break the like Bernardo Silva.

It’s unfair to compare Guardiola and Sarri because of how much success they have enjoyed, but when a manager professes a foreign kind of football than that which the players are used to, they take time to soak it up. Sarri has the disadvantage of teaching his ideas at a club where attractive possession-based football has rarely been a hallmark, at least not since Roman Abramovich took over and José Mourinho was handed the reins.

Since that very day, Chelsea have enjoyed success while playing pragmatic, counter-attacking football under managers who take pride in their deep-rooted ways. And they won titles. From Mourinho and Carlo Ancelotti to Roberto di Matteo, from Rafael Benítez to Antonio Conte, these teams won trophies in England and Europe while playing a more defensive brand of football. After excelling in mathematics, these students simply can’t grasp these fine intricacies in science.

Such is Chelsea’s recent history that it has become part of their DNA that players will thrive with result-oriented managers. And they like immediate results. If a manager can’t hand the club immediate results, he will be gone soon; there will be no allotted leniency or patience. It doesn’t matter if Sarri manages to replicate the glorious performances of his sides at Napoli: if he can’t deliver immediate results, he’ll be gone.

Before Sarri arrived at Napoli, the Partenopei had been left annoyed by the dull and dour brand of football that Benítez had instilled. No doubt, the side had great players and diamonds in the rough, but they needed an effective system to bind them together. And it was Sarri’s system that did that.

It didn’t require too many signings, but the bulk of them were conducted in his first transfer window: Allan, Elseid Hysaj and Pepe Reina. The likes of Piotr Zielinski and Amadou Diawara would become fine players off the bench, but apart from the aforementioned three, all of Sarri’s starting players had arrived before he was hired.

Two advantages stood out for Sarri at Napoli: he had the time and patience to make the side his own, and he wasn’t at a club which had playing a certain way of playing set in its DNA. Napoli just wanted liberation from the gloomy days under Benítez, who had consistently worsened the side’s results (3rd in 2013-14, 4th in 2014-15). They wanted something positive and fresh.

Catapulting from 5th to 2nd in his debut season certainly helped, but the idea of ‘Sarriball’ itself took shape in the 2016-17 season. Napoli scored 94 goals that season, finishing 3rd despite having sold Gonzalo Higuaín to Juventus the summer before. Defensively, the Partenopei conceded only 2 goals more than 4th-placed Atalanta, but they became one of the most entertaining sides to watch in Europe.

Sarri was caught off guard in European ties when Plan A didn’t work out, either due to the opposition being too good or because his players weren’t prepared for the occasion. But in Serie A, Plan A always worked. The players had learned the ins and outs of the system. They knew exactly how to execute it, and it made them into better players. Dries Mertens shone as a striker after Higuaín left, and Jorginho became one of the best players in the world in his position, as did Kalidou Koulibaly.

The way Napoli played in some of the bigger games towards the end of the the 2017-18 season showed how they were maturing. While they did slip up in the title race, their 1-0 win over Juventus was resilient, a testament to their no-nonsense, cold-blooded mentality. They were picking up 2-1 and 1-0 wins the way many champion teams do, too. They were signs of progress, until Chelsea came calling.

At Chelsea, the demands are different. The situation is different. Above all, the DNA of the club is different. Nothing about Chelsea’s DNA is similar to Sarri. He isn’t at a club that lost its joy by playing defensive football. They haven’t suffered because of their style, they’ve flourished. In fact, Abramovich’s short-term decision-making has seen Chelsea establish the finest period in club history.

When Sarri was appointed as manager, Abramovich hardly knew what he was getting into. The Neapolitan felt that his three signings would help get rid of the club’s ‘cobwebbed’ DNA and fast-track performances, but just as United fans struggled to swallow Mourinho’s style of football, Chelsea fans and players have abandoned their faith in Sarri’s style after a few results have gone haywire. Certainly, Sarri has failed to bring about a valid Plan A. But are these players even capable of executing Plan A? Clearly not.

The recent poor results haven’t been through fault of the club’s values or what it takes pride in, but a disconnect between the players and the coach. Just ask Conte or Mourinho: this is a hard group of players to motivative, and they’ve been abetted by the short-term culture of Chelsea Football Club.

The combination of these factors has brought about defeats to Bournemouth, Arsenal, Leicester City, and both Manchester sides. And at a certain point, these players lost faith in him, losing the motivation to learn and adapt. Losing the dressing room is an inoperable cancer for any manager, a deadly venom that is impossible to survive. And at Chelsea, that venom acts faster than at anywhere else.