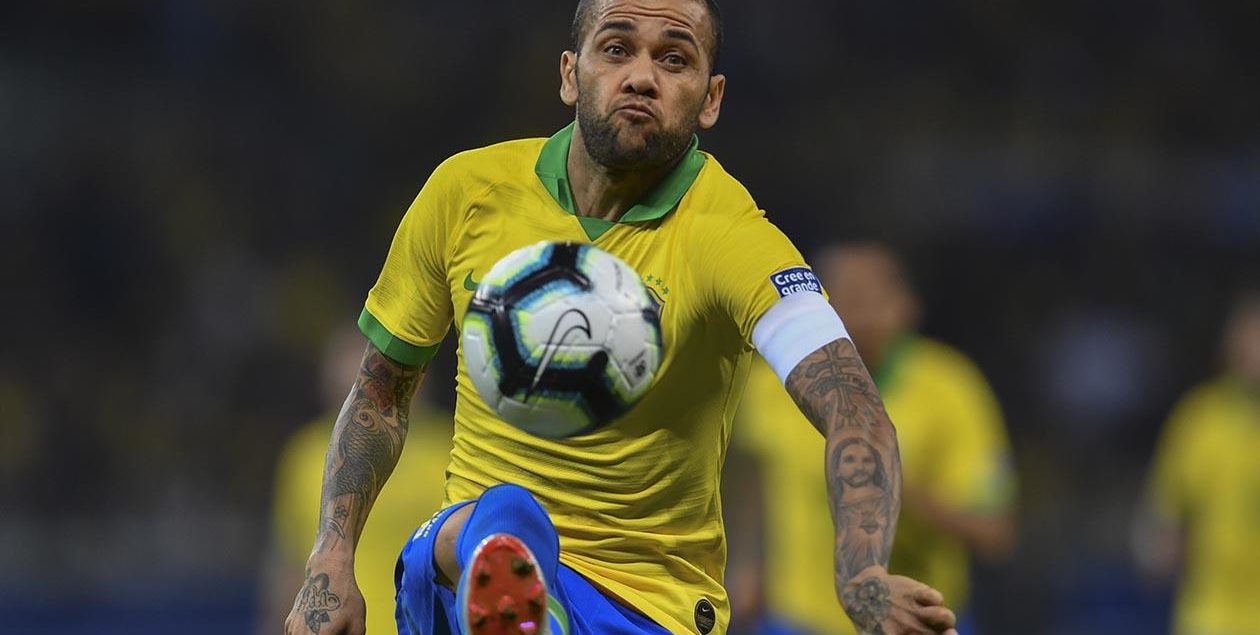 Copa América has arguably failed to live up to expectations this summer. While some games have encapsulated more than others, there have been few classics. There has been no shortage of the customary enthusiasm from the participating nations, but moments of genuine quality have seldom transpired. Until Brazil locked horns with Argentina in the first of the semi-finals, that is.

In the biggest match of the tournament hitherto, Tite’s men lined up against Lionel Scaloni’s as they fought tooth and nail for a place in this Sunday’s final. Having failed to lift the continental trophy since their triumph in 2007’s competition in Venezuela, the pressure was on Brazil to perform. Argentina, meanwhile, hoped to put their shaky campaign and lack of proficiency behind them to cause an upset in their opponents’ back yard.

Inevitably, headlines prior to the match were drawn to the fabricated ‘key’ battle. Not Firmino against Otamendi, nor Thiago Silva against Aguero, but Lionel Messi and his struggle to win an honour at international level.

The greatest of all time was by no means uninspiring in the semi-final; in fact, Argentina turned in their best performance of the tournament to date. La Albiceleste pressed aggressively, covered space well and struck the woodwork twice courtesy of a rasping effort from Messi and an accurately-placed header from Sergio Agüero. However, Brazil proved too strong, and their inspiration came from an unlikely, yet unsurprising, source – the most senior player on the pitch.

What separates the good players from the great players is not necessarily tangible. Technical ability can be learned, enhanced and rehearsed, but big-game experience can only be obtained through patience, and the presence of mind to exploit space, manipulate the opposing team’s weaknesses and almost single-handedly turn a game on its head is the mark of a special talent – an all-time great, in this case.

Dani Alves, a 36-year-old free agent in the twilight of his career, was breathtakingly impressive. To suggest that he has aged like a fine wine would be somewhat flawed purely as a result of the degree at which he excelled when at his peak, but he undoubtedly rolled back the years with a marvelous display.

The right-back skirted past tackles, exuded confidence and provided Brazil with an unstoppable outlet. Roberto Firmino and Gabriel Jesus linked up well in the final third for their team and, ultimately, both directly converted the two goals in a 2-0 win. But a seven-second passage of play – not an assist, but a run and pass before the assist – proved to be the highlight of the tournament so far.

Alves marauded through Argentina’s midfield, fooled the defenders – disorganising their back-line in the process – and left the aforementioned duo with a rather straightforward low pass and point-blank shot respectively to open the scoring.

It started with a fairly robust duel, typical of the nature of the match, as tempers flared and intensity grew. As a loose touch from Lautaro Martínez bounced off the right-back and into the air, he held his composure. Alves stood firm, and while the bustling Argentina forward eagerly attempted to win the header, the former Barcelona star calmly picked up the pieces.

In almost the exact same motion, as the Brazilian approached the loose ball, he lifted his leg and clipped it nonchalantly above the onrushing Marcos Acuña’s high challenge and into the safety of his own chest. What followed was equally as impressive. Having drifted infield with the ball at his feet, he threatened to continue driving at the Argentina defence. Leandro Paredes, in an erratic action prompted by a characteristic lack of judgement, dived to stymie the 36-year-old’s run. Instead, his former PSG teammate left him red-faced, as Alves cut inside with the ball carefully locked to his feet and bypassed his third opposing player within a matter of seconds.

He proceeded to find Firmino on the right with what would have appeared a basic pass. Dani Alves doesn’t do things the easy way, though, and he completed a mazy run with an audacious ball out to the flank. As Nicolás Tagliafico advanced to press him, he turned his head to the left in the most beautifully unnecessary way, before rolling the ball in the opposite direction. In one simple movement, he completely dismantled Solari’s team; the left-back had been pulled out of position, Nicolás Otamendi unsuccessfully burst out in an attempt to challenge Firmino, Germán Pezzella was dragged across, and Juan Foyth did not track the unmarked Jesus in the area. O Jogo Bonito, courtesy of a slaloming run of which even the greatest Brazilian playmakers would have been proud.

In what was a breathless encounter between two wholeheartedly committed outfits, Alves provided a blend of confidence, intensity and composure. Times have changed, and the role of full-backs is more crucial than ever before. World-class talents adapt, learn to survive and proceed to thrive, though. The 36-year-old broke into halfspaces and was omnipotent in the final third like a quintessential modern-day right-back, yet carried out his defensive duties and followed tactical instruction in his own half with the sharpness that typified his uniquely accomplished style during his heyday. Statistics by no means prove everything, but they do exemplify how Alves turned in a flawless display at both ends of the pitch: he completed each of his five attempted take-ons, did not lose a single header, and was successful in all three of the tackles he made.

When cagey affairs of limited quality present little inspiration or indication of a breakthrough, moments of magic are required. Before the execution, however, must be the intent, coupled with the presence of mind and instinctive nature to make the difference. Alves displayed these qualities in abundance, narrowing his position often to ensure that Argentina’s compact and often poorly-spaced midfield did not overload Brazil, while also exploiting the space in behind them to orchestrate his side’s first goal. His performance was a throwback to his prime years; when he would burst to and from each blade of grass at Barcelona, ensuring that no stone was left unturned and every avenue was explored, hurting the opponents in the final third and frustrating them with impenetrable defensive actions at the other end.

For all his exuberance and audacity on the pitch, Alves conducted himself with class, dignity and consideration following his side’s passage through to the final. Instead of basking in the glory of a faultless performance in a major semi-final, he took time to console his former teammate and close friend Messi publicly, calling for appreciation despite the player’s latest misfortune in an Argentina shirt.

After all, form is temporary, and class is permanent. At 36, Dani Alves may not be marauding up and down the right-hand side of a pitch for too much longer. As he enters the final chapter of his enthralling footballing novel – arguably as the best ever of his position – vintage displays such as that of the masterclass he staged at the Mineirão should be cherished.