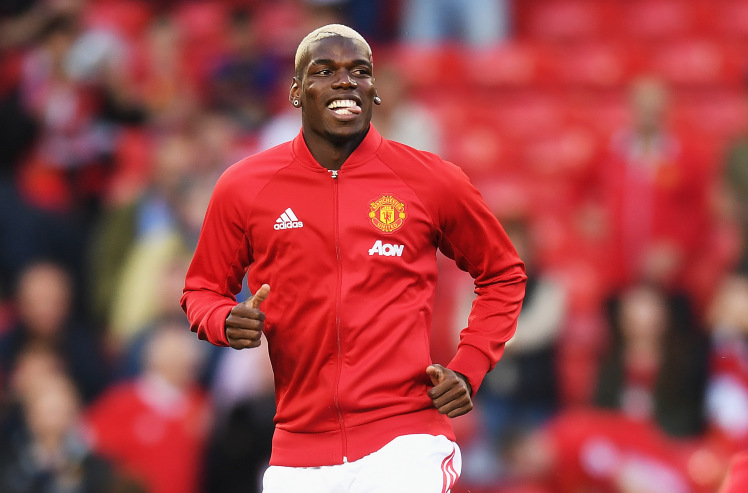 Paul Labile Pogba is one of the biggest and most discussed names in world football. He has a huge amount of fame for a reason, he is considered top class at a young age of 23, and consistently produces the spectacular. However, just like every other big star, Paul does have his critics. As a player, Pogba’s true role and tactical responsibility on a football pitch has always been debated and questioned. “Is he simply a dynamic box to box midfielder?” “Is he best as free roaming playmaker?” “He doesn’t control games.” “He loses the ball too much.” Whenever “Il Polpo Paul” has struggled, he has been questioned. A few of the regular attacks on him have grounds and are part of the reason the coaching and altering roles he has played in have only served to improve his football IQ and his all round game.

After impressing for Le Havre’s under-16 team and becoming a youth international, Pogba signed for Manchester United in 2009. He was part of a talented group of youngsters in the under 18-side, who impressed during the 2009/10 season. The following season, he was called up to the reserve team and this is when his status as an elite talent truly started to emerge. He scored multiple special goals during the campaign and was a key midfield box to box dynamo during the 2010/11 reserve and under 18 campaign. Most impressive of all during the season, was Pogba’s leadership and decisiveness during the under 18’s special FA Youth Cup winning run. These performances earned him praise from Sir Alex, “we’ve got a young boy Pogba who’s showing great promise for us. He came on in a couple of games in terms of progress with the youth team, we’re quite positive about him.” 2011/12 was the year an 18 year-old Pogba made his debut as a professional top flight footballer. He was brought off the bench against Leeds United in the league cup and put in a mixed display. Labile showed off his sensational passing range on a number of occasions but also showed how raw he was, and lack of midfield maturity. He went on to make 4 more senior team appearances over the course of the season, in defensive midfield and box-to-box midfield roles. However, Pogba was frustrated by the lack of trust Sir Alex showed in him, epitomised by Fergie’s decision to play Rafael in midfield over him. With the lack of playing time, grouped with his teenage petulance and Mino Raiola’s, his agent, influence, a move became unavoidable.

Paul Pogba signed for Juventus FC for a minuscule £800,000 after his United contract expired. The move was the second controversial one of his career, but what was most important was Pogba was now at a club which was willing to give him regular first team football. Over the course of his debut season, 2012/13, Pogba was played in a few of different roles, but mainly featured as a deep lying playmaker, featuring in many games as the deepest midfielder, replacing Pirlo. An impressive performance of his as the DLP or regista came against Pescara, in the latter stages of the season. He showed a great reading of the game, his ability to position himself to win the ball back and progress play.

Pogba also scored some more ridiculous long range strikes, continuing his streak on from his youth days, and lit up the Juventus Stadium with amazing shows of technical brilliance. 2013 was the year for Pogba’s international debut vs Georgia, which was another complete performance. http://www.dailymotion.com/video/xyjrow_paul-pogba-vs-georgia-h-12-13-wc-qualifiers-by-pogba6i_sport

He dominated the midfield with admirable confidence and composure, and was unlucky to not be on the winning side. His next game was not so memorable, as he was sent off vs Spain, even after matching up to the midfield battle with Xavi and Iniesta.

2013/14 was Paul Pogba’s first full season and the top level, and he performed at a top level. He was given more of a free role by Antonio Conte, and benefitted from being able to display his capability to do damage in the final third.

Pogba called up for the World Cup in Brazil and once again impressed for his country. He was named Golden Boy of the tournament after featuring in every game and scoring the winner vs Nigeria in the Round of 16. However the French media criticised him strongly, along with the rest of the team for the subdued second half display against Germany in the Quarter-Finals. Pogba had played well in the first half, but badly diminished in the second, a recurring characteristic of Pogba’s career over the next season.

2014/15 was another season of improvement for Pogba. He retained his free role from 13/14, and once again produced goals and assists at a very good rate. His all round game, however, remained at a similar level and he did not have as big an impact as Vidal and Pirlo did in Juventus’ buildup. Pogba showed his fighter attitude during “The Old Lady’s” Champions League run. He returned from a hamstring injury, which kept him out for weeks, in the semi-final vs Madrid and got the assist to Alvaro Morata which helped drag Juve over the line. In the final, Pogba was less inspiring against one of the best Barcelona sides of all time, and struggled all game.

The problem Pogba had, was his tendency to not play at the level he was capable of playing at, for the whole game. Pogba tended to drift in and out of games, but was never truly punished for it due to the superb presence of Pirlo, Vidal and/or Marchisio. To become the truly world class player Pogba was clearly destined to become, he needed to develop a consistency at his optimum level.

The chance to truly prove himself as a world class midfielder came in 2015/16. The departures of Vidal, Pirlo and Tevez meant Juve were significantly weaker than they had been in years. Pogba was given the historic no.10 shirt and a leader position in the Juventus squad. He reverted to a more box to box/roaming playmaker role during the season. At the start of the year, everything went wrong for Pogba and Juve. After 10 games, Juve were in 12th place and the quality of their football was shocking. Pogba was losing the ball, missing chances, letting games drift by him and just all round failing to do what was required of him as the main Juve midfielder. It was all a huge mess until the course of the season dramatically changed after Pogba’s amazing long range opener vs cross-town rivals Torino. It sparked an improvement in the team’s performance levels and they went on to win 26 out of the next 27 matches in the league, with Paul Pogba a key component in every win. He turned on the style every game and had some absolute blinders. His most impressive run was in the last 10 games of the season when he produced 10 goals and assists to help Juve secure their 5th successive Scudetto. It also signaled another drastic improvement in Pogba’s maturity and his ability to lead a team was made clear.

On came Euro 2016, and this were probably the most disappointing competition of his career so far. In his home nation, Pogba was given the task of helping France to win their first major competition since 2003. Thanks to the tactical dinosaur that is Didier Deschamps, Pogba was limited to essentially a ball winner role and struggled throughout the competition to impose any of his attacking quality. No doubt he performed his role well, but it was a role for players who were not at the level he was in the final third, and it was ridiculous that France did not utilise him in a similar way to Juve. They did make the final, thanks to the exploits of Antoine Griezmann, but they struggled to create anything, as their best creative players, were subdued. Pogba was once again criticised harshly by the French media and left him with a sour taste going into the summer.

Manchester United broke the world record fee to bring Paul Pogba back to Manchester in the most discussed transfer deal of all time. It seemed like destiny, and that’s what Paul himself described it as. He began the season in a pivot with Marouane Fellaini, and performed in spectacular fashion on his (second) debut. It was rosy for the next couple of games until the Manchester Derby. United’s pivot was exposed against City’s 3 man midfield. Mourinho’s midfield pivot was designed to physically dominate sides, but defensively was not positionally aware enough. Made the team very vulnerable, and Fellaini just was not good enough at getting the ball to his midfield partner. This was further confirmed when United were thumped 3-1 by Watford. There needed to be a change and that was finally made when Michael Carrick and Ander Herrera were introduced into the side. Pogba is placed on the left of the 3 man midfield, and plays as the heartbeat of the Manchester United side. The tactical shape of the team is far more balanced, and gives Pogba the platform to dominate, create, and score.   Ever since the game vs Spurs, Pogba has been doing everything, and his all round game is arguably at a better level than it has ever been. His form is one of the main reasons Manchester United are currently unbeaten in 14 games and closing the gap on teams above them. If Pogba continues in this rich vein of form, he could be looking at his personal best ever season in terms of his all round performances.