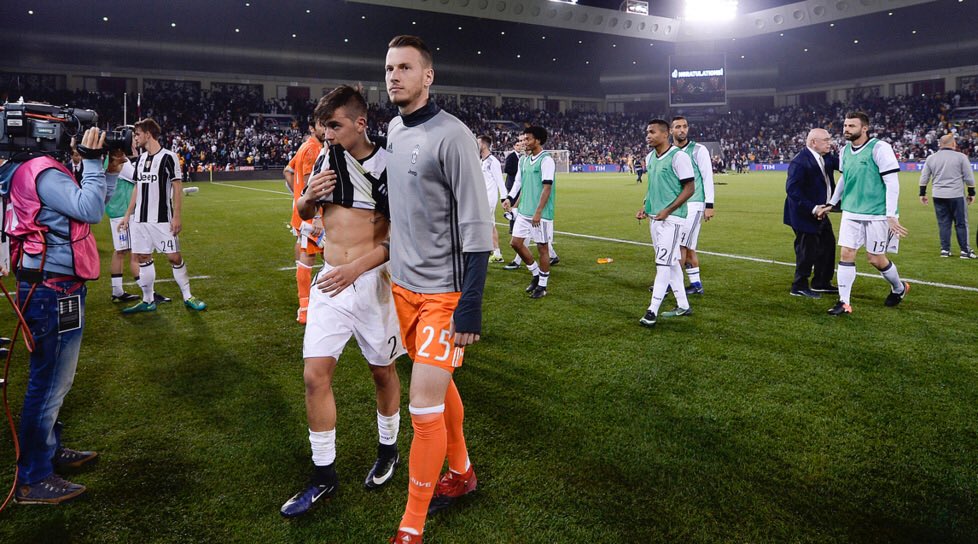 In many ways, Paulo Dybala’s performance in the 2016 Supercoppa Italiana was a winter sequel of Lionel Messi’s performance in the 2016 Copa América Final. Both Argentines played in foreign continents, setting foot in two burgeoning newcomers to the football scene (Doha and New York, respectively). Both strikers more or less played in a hybrid trequartista role, as central playmakers and the main cogs of each team’s attacks. Both faced off against rivals that they faced before, Dybala in the 2016 Coppa Italia Final, and Messi in the 2015 Copa Del Rey Final. Both were their team’s best players. And yet, both players took on more responsibility than they could handle, dribbling into seas of defenders and stopping in their tracks, fatiguing as the game goes by, and eventually, misplacing decisive penalties and collapsing into tears, leading many to falsely believe that they “bottled” their respective finals. This could not be further from the case, and, while we all know of Messi’s brilliance, it goes unspoken that Paulo “La Joya” Dybala could one day reach the very pinnacle of the football world. I sought out to tactically analyze Dybala’s performance in Doha, in order to remind the footballing community of his sheer mastery.

Dropping deep: Dybala, lacking consistent minutes recently due to injury, entered for the more natural #10 Miralem Pjanić in the 67th minute, and instantly gelled. Instead of playing in his natural second striker spot, Dybala played as the link between midfield and attack. Operating behind two strikers, he used his license to roam to threaten in dangerous positions and engender attacks. He dropped deep to receive several times, sometimes being ignored, to his chagrin, by his teammates in favor of a long ball, and other times receiving and driving the ball up into Milan’s half.

Creating and threatening shots on goal: Dybala created several opportunities on goal as the trequartista, including an audacious backheel flick to Gonzalo Higuaín, which his Argentine compatriot should have converted. It was the kind of audible that only world class stars can pick out, and succeed in, while others may hold onto the pass or even lose the ball with his first touch. With his Bosnian teammate out, Dybala took the free kicks and corners, and generally threatened, while also testing the Milan defense with sloping crosses into the box. Furthermore, Dybala tested Gianluigi Donnarumma from behind the box, either on piercing solo runs or deadly shots from deep.

Hack-A-Joya: As the main instigator of Juve’s attacks, Vincenzo Montella’s Rossoneri side relentlessly fouled Dybala in situations far away from Donnarumma’s penalty box, much akin to Chile’s treatment of Messi in New York. These knocks, some fouls, some not, expedited Dybala’s physical and mental fatigue as the game wore on in the Qatari heat.

Product Of His Own Impatience: Perhaps these fouls drained on Dybala’s decision making as the Bianconeri and Rossoneri soldiered on into the fiery match. On several occasions, he released the ball too early, when he could have ran directly at the Milan defenders, and laid it off to one of his strikers for a better scoring opportunity. On the contrary, there were also times where he aimlessly dribbled into Milan defenders, giving away the ball and leading to Milan counterattacks. Oh yes, this fatigue and restlessness led to all kinds of screw-ups, including scuffed shots and a gradual fading out of the game as the clock ticked.

What can we take from this performance? Well, for one, any player needs regular minutes to get back into top form and fitness, and Dybala is no exception. Dybala is Juve’s best needle player, their best playmaker and arguably their most important player, as we saw in Doha. However, he’s also 23, and he needs time before we can put him in the very highest tier of players, let alone Ballon D’Or water-cooler talk. He needs to wise up, improve his dribbling, but also add a final-winning performance to his CV. Perhaps the best way to start would be allowing La Joya and La Pulga to team up, whether it be club or country, and allow their creative geniuses to combine. As a certain sportsman once said, “I’ve failed over and over again in my life. And that is why I succeed.”