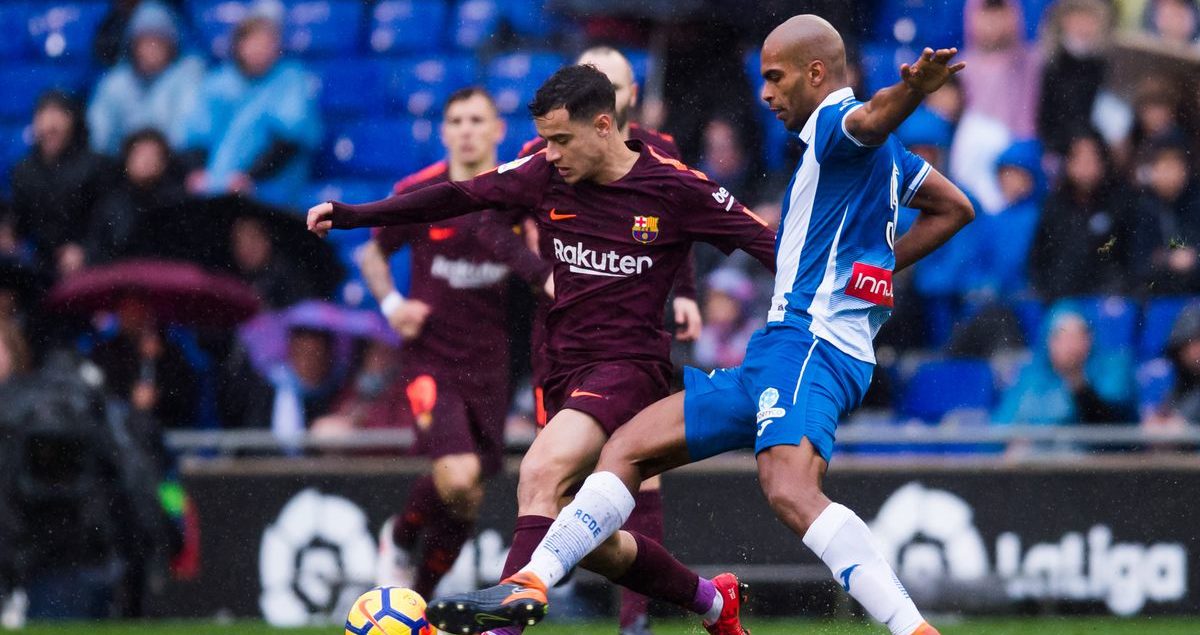 Saturday evening will bring two local clubs with rich histories together for one of the most unique derbies in Spain. First-place Barcelona will travel to the RCDE Stadium to face eighth-place Espanyol, in a battle that certainly holds importance in the top half of LaLiga’s table. Espanyol enjoyed positive early results in 2018-19, but history tells us there will likely only be one way that this derby ends.

Both clubs came about near the dawn of the 20th century. Barcelona were founded in 1899, with Espanyol forming in the following year. Regional competitions, such as the Campionat de Catalunya, featured triumphs for both sides. But in the coming years, various events would help to shape some of the current reputations we know today.

In 1912, Espanyol were granted patronage by King Alfonso XIII and adopted the use of “Real” in their name. In a quite symbolic manner, Los Periquitos were viewed a bit differently throughout Spain as opposed to Barcelona. The Blaugrana have almost always been associated with the idea of Catalan independence, while Espanyol were seen as the non-confrontational side that wanted to avoid the subject in most regards.

For many, this stance puts them against the idea of independence. This thought became even more pronounced during the Spanish Civil War. El Derbi Barceloní has been played more times than any other local derby in LaLiga, but the results have mostly only been going in one direction.

In 168 league meetings, Barcelona boast 97 wins along with 37 draws. In short, out of every five derbies, Espanyol have won one.  The parakeets have captured four Copa del Rey titles, but that tally can feel a bit paltry next to Barça’s record number of 30. They met once in the final of that competition in 1957, as Francisco Sampedro delivered the winner in a 1-0 triumph for Barcelona.

With Barcelona aiming for league titles and European glory, the derby can often be overshadowed by other fixtures. El Clásico holds the full attention of football fans around the world, while Champions League clashes with the likes of AC Milan and Paris Saint-Germain have made for unforgettable recent battles.

An interesting aspect is found in the players who have seen both sides of the rivalry. The most fascinating was actually the first, in goalkeeper Ricardo Zamora. After several seasons with Espanyol, he departed for Barcelona, only to go back years later. A stop at Real Madrid in 1930 made for a truly unique journey through Spanish football. Imprisonment during the Civil War saw him eventually go to France, before his management skills shone in the capital upon his return.

Zamora led Atlético Madrid (or Athletic Aviación at the time) to consecutive LaLiga titles in 1940 and 1941. Legendary Barcelona striker László Kubala left for Espanyol in the 1960s, after winning four LaLiga trophies at the Camp Nou. More recently, Jordi Cruyff and Philippe Coutinho have experienced both sides of the derby.

A unique individual in this series is Barcelona manager Ernesto Valverde. The 54-year-old played and coached for each of the clubs throughout his career, and understands the dynamics of the fixture quite well. On Saturday evening, Valverde will be looking to keep the teams on their current paths.

Barcelona reclaimed the top spot in LaLiga this past weekend thanks to a 2-0 home win versus Villarreal. For Espanyol and manager Rubi, things have not been at the same standard. Three consecutive league losses have them sliding down the table, and a win versus their biggest rival would go a long way in restoring the confidence that was teeming merely weeks ago.

Ultimately, this game will be a fight in the midfield, as Espanyol must find a way to slow down Barcelona’s celebrated attack. Sergi Darder and David López must be focusing on controlling the middle of the pitch and winning possession in key areas.

Striker Borja Iglesias has been spectacular up front for Espanyol, and a goal against Barcelona would continue that positive trajectory. However, dealing with the talents of Lionel Messi (who has the most goals ever in this rivalry) and Ousmane Dembélé may prove to be too much for the home side to handle.

Dating back more than a century, the Barcelona derby brings about immense passion and pride. Barcelona fans may not always give it much attention, as they tend to have other clubs in their sights. For Espanyol supporters though, this fixture can mean everything. Today in Catalonia, there will be another thrilling encounter, and there is a good chance that the Blaugrana will break hearts once again.