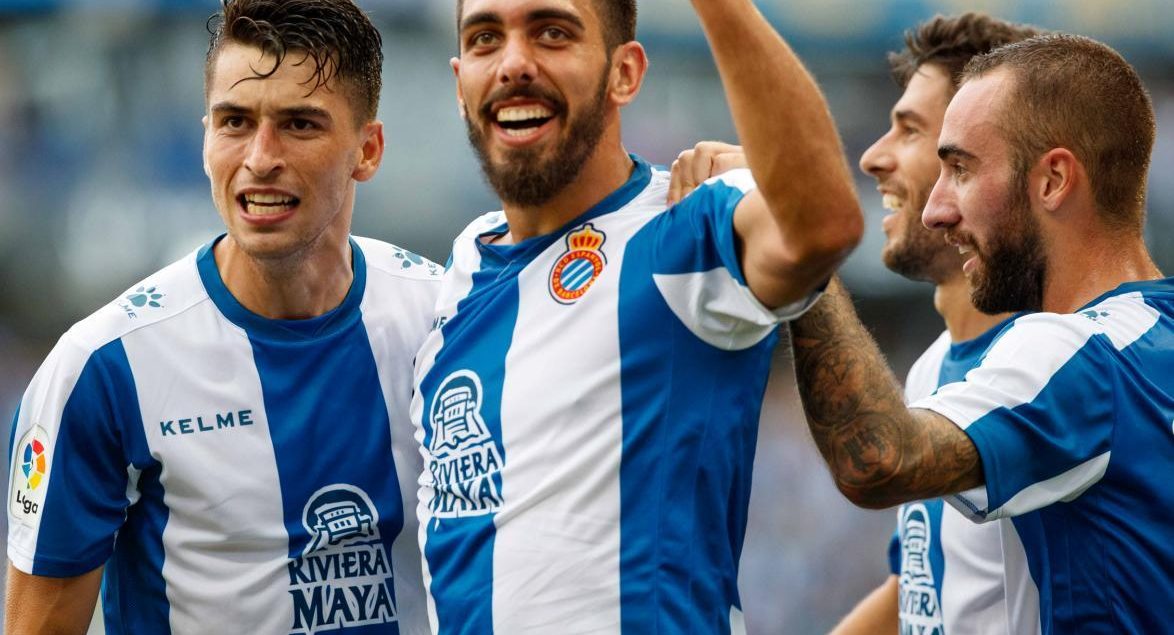 The 2018-19 La Liga campaign has already provided plenty of drama and surprises in the opening weeks. Real Madrid’s goalscoring woes have reached historic levels, while the struggles of Villarreal and Athletic Club have seen the two perennial Europa clubs hovering just one point above the relegation zone. Nonetheless, the true shocks have been witnessed at the top of the table, and Espanyol are leading the charge to success.

The Catalan club currently sit second in the division, just a point back of local rival Barcelona. They have done so under the careful guidance of a new manager this season, with Joan Francesc Ferrer Sicilia, or Rubi, as he is commonly known, signing on this past June. After leading Huesca to promotion and their first-ever La Liga campaign, the 48-year-old coach decided to take on a new challenge. It was certainly not a choice that would come with smooth sailing ahead.

Los Periquitos finished 11th last season, but the club’s hierarchy wanted to see things progress in a significant manner. Along with the departure of manager Quique Sánchez Flores, there were changes on the horizon this past summer in the squad as well. However, instead of wide-eyed optimism for Espanyol supporters, there were concerns at various positions.

The most concerning departure came in the frontline, with Gerard Moreno’s exit from Catalonia. The striker returned to former side Villarreal, thus creating a void in the Espanyol attack. Out of Espanyol’s paltry tally of 36 league goals last season, Gerard scored 16 of them.

Taking away nearly a half of those goals was a worrying proposition, and the club would need to find a player capable of replacing a striker who carried their attack last season. Others left the Estadio Cornellà-El Prat with Gerard as well. Promising defender Marc Navarro signed with Watford in the Premier League, homegrown left back Aarón Caricol left for Mainz, while talented goalkeeper Pau López traded Blanquiazules for the Verdiblancos of Real Betis. Rubi would need to cope with these massive departures in order to succeed, and so far, he has done just that, and then some.

Espanyol were never capable of goals in bunches under Sánchez Flores, and that trend has continued into the current season. Even now, sitting one point away from the zenith of Spain’s top flight, they have netted just 13 goals in nine league fixtures. Nonetheless, they have won three out of their last four games, and much of that is due to the tactics of Rubi and the discipline of his players. Simply explained, Espanyol have put themselves in the correct positions to see out victories.

The most important element of Rubi’s side has been the midfield, a midfield capable of dictating the pace and tempo of a game. Rubi has been able to count on strong contributions from Esteban Granero, Marc Roca and Sergi Darder in those positions, each providing their own strengths in the middle of the pitch to benefit the team.

Roca and Darder have showcased an ability to both win possession when necessary and provide accurate passes when moving into the opposing half. Granero has enjoyed flashes of brilliance when presented with opportunities in the final third as well. The 31-year-old has scored two league goals, including one that helped deliver a vital win against Valencia in August. Up front, a new arrival has helped to ease the pain of Gerard’s exit.

The signing of Borja Iglesias from Celta Vigo has begun to look like an astute addition for Espanyol, as the striker’s recent brace saw Espanyol seal an impressive 2-0 win at Huesca. With sharp runs at the defence and great instincts in front of goal, Rubi has a striker that he can count on. Should he fall prey to injury or poor form, Rubi has enough depth to replace his goalscoring output, with Sergio García and Léo Baptistão in reserve.

At the back, Diego López has brought a reliable and stable presence to the goalkeeper spot. Having played with Real Madrid and AC Milan in the past, the 36-year-old brings valuable experience and knowledge to a side looking to break their way into La Liga’s top-four race. López helps to keep the back-line organised, and communicates effectively to his defenders during nervy moments in matches.

Rubi’s 4-3-3 alignment offers a measure of control for Espanyol, while also playing to the strengths of individuals in the team. The players maintain the formation with a strong positional awareness, and they stay alert defensively by closing down space with intensity. While their attacking firepower still leaves much to be desired, they have taken advantage of critical moments in matches to squeeze results out. Stumbles at Real Madrid and Alavés exposed some flaws, but between their squad and their manager, Espanyol have what it takes to challenge for European football this season. A major test will arrive in December, when they host the current table-toppers in the Catalan derby.

Espanyol were expected to take a step back this season, and were even tipped to fight relegation. However, Rubi has defied the odds, and has Los Periquitos punching above their weight and shaking the table, in what has proved to be a topsy-turvy season in Spain’s top flight.