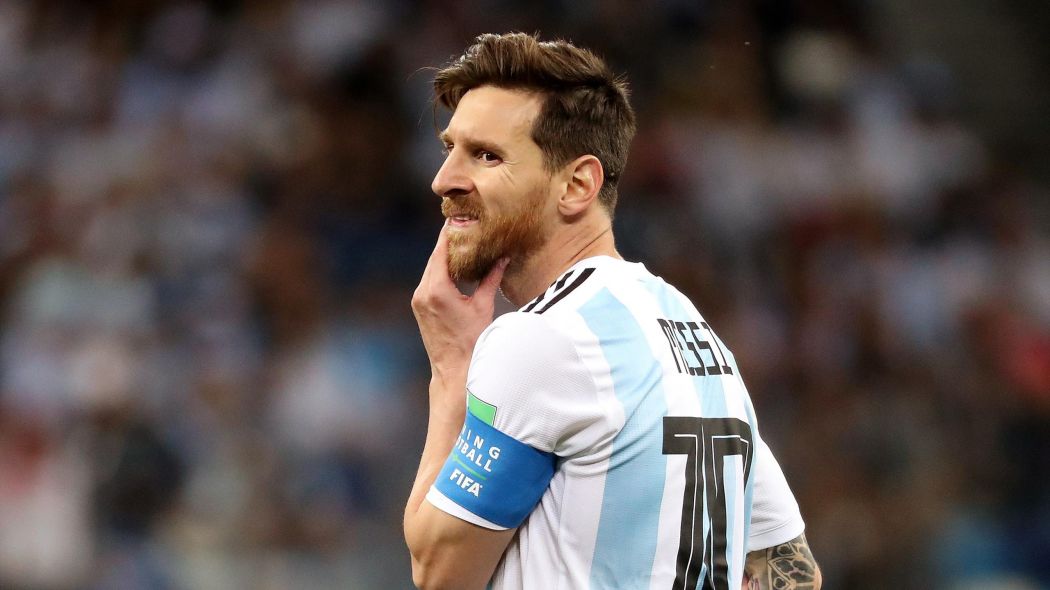 After two inexplicably poor games, one decent half of football, and one masterful goal by Messi, the world was preparing for a Messi-less World Cup knockout stages as they were tied with Nigeria in the last game of Group D. It was at this moment that the unlikeliest of heroes stepped up, as Marcos Rojo nailed a beautiful side volley into the bottom corner. On the other hand, the world has witnessed a stacked France team coast through the group stage, albeit in a disappointing manner as it left much to be desired in terms of performances. As a result, we are left with what could be one of the most thrilling World Cup knockout games in recent memory between France and Argentina. Either that or a competition to see which manager can avoid completely mismanaging their respective team’s incredible talent, a fault to which both Didier Deschamps and Jorge Sampaoli are prone to.

The news last week from the Argentina camp, and as evidenced by Messi’s obvious leadership on Tuesday, was that he is effectively Argentina’s coach now. This week, however, more intriguing news has emerged: the use of Messi as a false 9, dropping both Sergio Agüero and Gonzalo Higuain. This would have Cristian Pavón and Angel Di María starting on the wings, with the rest of the line-up from Argentina’s last-gasp win against Nigeria remaining the same. Pavón is one of Messi’s preferred partners in attack, so he will likely be assured a place after a good cameo against Nigeria, but many would prefer to see Di María dropped after three dreadful performances, in favor of young star Paulo Dybala. However, it seems as though Sampaoli, or Messi, is sticking to his guns with the PSG winger, who looks set to start again.

The most important part of Argentina’s line up, as always, will be their #10. Messi looks set to start as a false 9, a position in which he has had some of his most devastating impacts. His incredible achievement from the second striker role, scoring 91 goals in single calendar year in 2012, is the stuff of legend. The false 9 is something we have not seen from Messi for club or country with consistency since Barcelona’s signing of Luis Suárez in 2014, but it is undoubtedly one of his most influential positions. By placing Messi at the literal center of his team, Sampaoli will be hoping the little legend can bring out the best in Pavón and Di María, while not sacrificing defense from his wingers as he often does if Messi starts out wide. There is a chance that Messi may become more isolated with two center backs around him, but with Éver Banega’s great showing versus Nigeria, Argentina should have no trouble feeding Messi. The defenders should be worried once Messi has the ball, no matter how many of them are surrounding him. Messi’s ability to take on center backs or draw them out and play lethal through balls will have the French defenders thinking twice about the best way to defend, likely leaving them exposed and granting Argentina opportunities. It will be interesting to see if Sampaoli does attempt this experiment, or if he instead keeps a physical presence like Gonzalo Higuaín up top to put Messi 1v1 taking on Lucas Hernández.

On the opposite side, France looks set to start the same lineup as they did in their last match facing Denmark, which was a dry affair in which neither side was incredibly motivated. Olivier Giroud had a positive impact after starting Les Bleus’ second and third group games, and Deschamps will stick with him up front with Antoine Griezmann in behind. Arguably the best young player in the world, Kylian Mbappé, will be starting on the right hand side. On the left, one of the most puzzling decisions made by any manager thus far, defensive midfielder Blaise Matuidi looks set to line up at left wing for the second game at this World Cup. While not obviously bad, Matuidi had no attacking impact on the game, registering just one shot. Facing Argentina, as Deschamps anticipates Messi to line up on the right side, this decision makes more sense as he wants to stifle Leo with Kanté, Hernaández, and Matuidi all on France’s left side. However, if Messi is to start centrally, Deschamps will be left with an attacking liability on the left side in a France team that has already looked toothless compared to each player’s talent. Opting for the electric Ousmane Dembélé on the left side to expose Argentina’s passive right back, Gabriel Mercado, would show initiative from Deschamps without sacrificing a whole lot defensively.

Argentina’s hopes rely on Messi’s ability to adapt to an unfamiliar position (based on recent times) and whether or not he can bring the best out of the attacking players around him. While French supporters will be trusting that their talented crop of players can advance to the next round and overcome a lost manager’s misuse of his players. Either way this one goes, we can hope for some attacking football and expect quality moments from at least some of the plethora of world class stars on the pitch on Saturday.