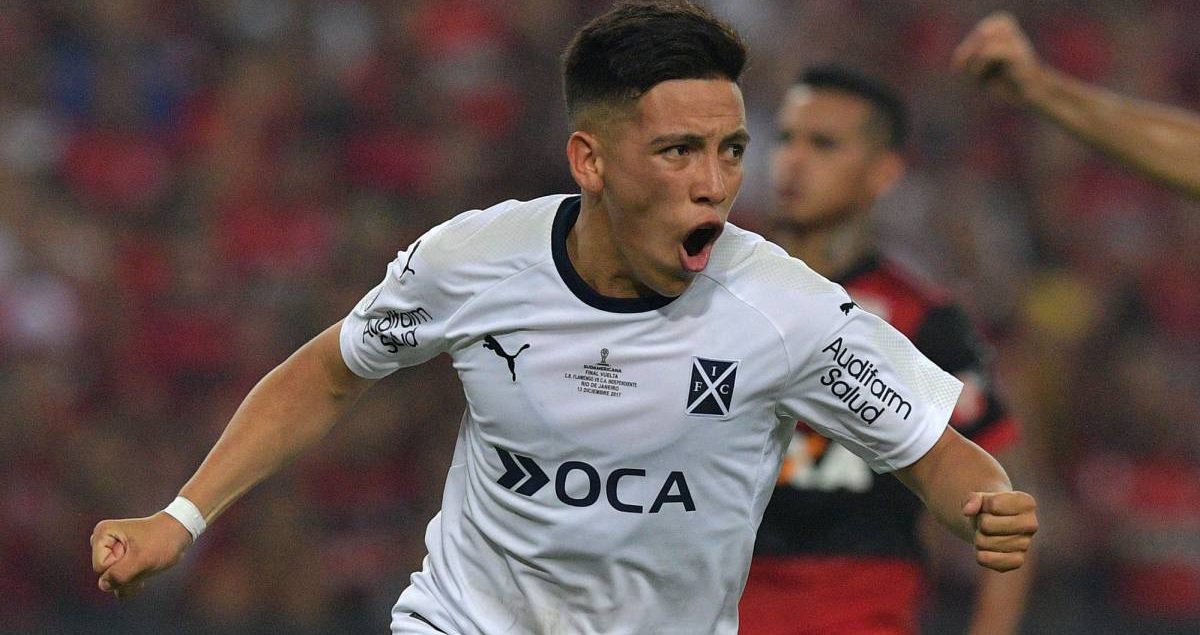 The rugged fields of South America are home to some of the world’s most untapped potential. Flair and speed are often the outstanding qualities that South American attacking talents possess, and it’s what we love to see, but maturity in a young player may tip them for potential stardom.

Ezequiel Barco, dubbed “El Turri”, has the rare blend of speed, flair and maturity, all while being just 18 years old. 2017 marked the breakout year for the young Argentine, leading CA Independiente to Copa Sudamericana glory for the second time in the club’s history. Barco’s three goals and three assists in 12 games saw the 18-year old stamp his name on the competition, but what stood out was the way he handled pressure in the final by scoring the penalty which eventually saw Independiente crowned champions. Barco’s reputation has emerged rapidly over the last year, with the youngster taking his game to another level.

Now in 2018, Barco has taken the next step in his career by joining the South American revolution with Atlanta United in MLS. For a reported league-record fee of $15 million, Barco may have cost quite a bit for Atlanta but the diminutive star is worth every penny.

The Argentine has already showcased his ability to ghost past players with ease on numerous occasions, while also showing his impressive decision making and leadership which has earned him his big move to Atlanta United. The move marks a big step for Barco, who will be alongside young South American talent such as Miguel Almiron and Josef Martinez, and he’ll continue to develop his game with all the right people surrounding him. At 5’6, Barco is another player who may lack in stature, but makes up for it in ability. His quick feet allow him to glide past defenders, he’s able to pick apart defenses with threaded passes, and his decision making is far beyond that of most players his age. The diminutive playmaker has all the tools to succeed at the highest level and working under Tata Martino in Atlanta will only be beneficial to one of Argentina’s next stars.

This move is just the beginning for Barco, who still has plenty of room to improve. At 18 years old, Barco’s switch to Atlanta will send shockwaves throughout MLS and this could be a transfer that changes everything for the league. It’s unprecedented for such a young player, with an enormously high ceiling, to join MLS. Often ridiculed as “the retirement league”, Major League Soccer is rapidly improving in terms of quality, and Atlanta United have played a huge role in that development. While Almiron, Martinez and Tito Villalba set the league alight last season, Barco’s arrival could be just what Major League Soccer needs to spark a big money revolution.