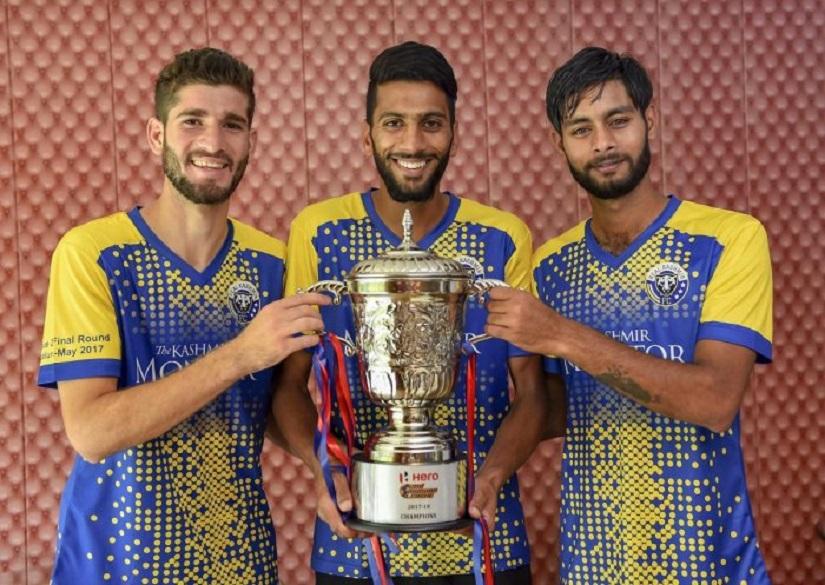 The Indian-administered Kashmir is widely regarded as the “heaven on earth” for its picturesque landscape dotted with magnificent valleys, beautiful lakes, and rivers surrounded by magnificent Himalayan ranges.

Kashmir is also the reason for an active territorial conflict primarily between Indian and Pakistan. The region has witnessed three major wars between the neighbours and another limited war between India and China since 1947. More than 1.5 million lives have been lost in the Kashmir conflict since its origination.

Amid all this bloodshed, football found its footing and became the major sport of the region, but then came the insurgency in early 1990s, and football was among the many casualties in the valley. Kashmir became one of world’s most militarized zones.

Although, the history of football in Kashmir dates back to the last decades of the 19th century, when Cecil Tyndale-Biscoe, the founder of the Srinagar missionary school introduced the sport to the region. It is said that when Biscoe first demonstrated the game at Central Mission High School, Fateh Kadal, the students refused to play the game; the ball was made of leather — a material Brahmins were forbidden to touch.

Despite the initial hesitation, football soon caught on and by the 1980s, Kashmir had a vibrant local footballing culture. Corporate trophies where local teams played generated a good crowd. Several players from the region went on to represent India.

However, in the last few years, football in the valley has grown significantly as people have started to connect with the beautiful game and the local clubs once again. The people have found solace in football amid the ongoing strikes, curfew, armed conflicts and heavy military patrolling.

One of the main reasons for this blooming football culture is Real Kashmir Football Club, an Indian professional football club based in Srinagar, the capital of Jammu & Kashmir. Their fascinating journey from bloody summer curfews to a snow-covered half season has already become the stuff of legend in the India.

The seeds of Real Kashmir FC were sown in 2014, when two friends – Shamim Meraj, the owner and editor of a local newspaper, Kashmir Monitor and Sandeep Chatto, a hotelier, were looking for yards to keep youngsters entertained via football after a devastating flood hit the region.

The club took formal shape in March 2016. Four months later, the club was selected to represent the state in the prestigious 128th Durand Cup during a massive civilian uprising following the murder of rebel commander Burhan Wani.

“We had no idea what goes into playing at that level. We were not prepared financially or football wise,” said club president Meraj. As the club turned their attention to the I-League 2nd division, the 2nd tier of Indian national league, they got a manager in ex-Rangers, Aberdeen, Leeds United and Montrose player David Robertson. The former Scottish international had also managed clubs like Elgin City, Montrose and Phoenix FC.

In their first season in I-League second division, Real Kashmir FC finished third in their group and narrowly missed out to a place in the final round.

This was a humbling experience for Robertson and co., as they learnt that it will take more than just one season and a lot more financial support to build this club to a level where they can truly become a formidable force. In only their second season, the team achieved promotion to the top tier after winning the tournament without losing a single match.  The introduction of two new foreign players, defender Loveday Enyinnaya, and forward Yao Kouassi Bernard, injected a much-needed experience to the squad. Local boys Muhammad Hammad, Danish Farooq and Ritwik Kumar Das were also crucial in the team’s title hunt. Midfielders Danish and Ritwik were on the top scorers’ list, while Hammad partnered with Loveday and Abhash Thapa to create the most vicious defence in the tournament.

They emerged from their group as winners with six wins in 10 matches and advanced to the final round. In the three-match final league, they started off with 3-2 win over Ozone FC before a 2-2 draw against TRAU FC in the second match.

The title race continued until the last match of the tournament between Real Kashmir FC and Hindustan FC, as both needed a win to clinch the title.

On May 30, 2018, Robertson’s boys defeated Hindustan FC 3-2, courtesy a late goal from talisman Danish Farooq. The Snow Leopards (official nickname of the club) became the first team from Kashmir to reach the I-League (top tier of Indian football). With no assistance from the Indian football federation or the state government, both financial and infrastructural limitations have been a part of their journey. The club had to rely on quiet support from friendly well-wishers and crowd funding.

The many amateur or semi-professional footballers of the club work as daily wage labourers. During curfews, they must get through checkpoints before they can get to practice. During shutdowns, they miss their games altogether. The one available stadium in their home state is shared by other teams as well, so some practice sessions have taken place in neighbourhood parks that have no goalposts, or even grass. Apart from that they also have to fight against the harsh weather of the mountains.

On November 6, an I-league match was played between Real Kashmir FC and Churchill Brothers at the TRC Turf Ground in Srinagar. It was the first ever top-tier football match in the valley.

Real Kashmir FC have begun the season well; with seven match-days of the 20-game season having been played, they sit third in the league, just four points below table-toppers Chennai City.

The second decade of 21st century has seen a new dawn for football in the valley, and Real Kashmir FC’s contribution in reviving footballing culture in the region cannot be emphasised enough. Amidst all the violence and adversity, the TRC Turf Ground of Srinagar has become a platform for the people of the region to showcase the real Kashmir.