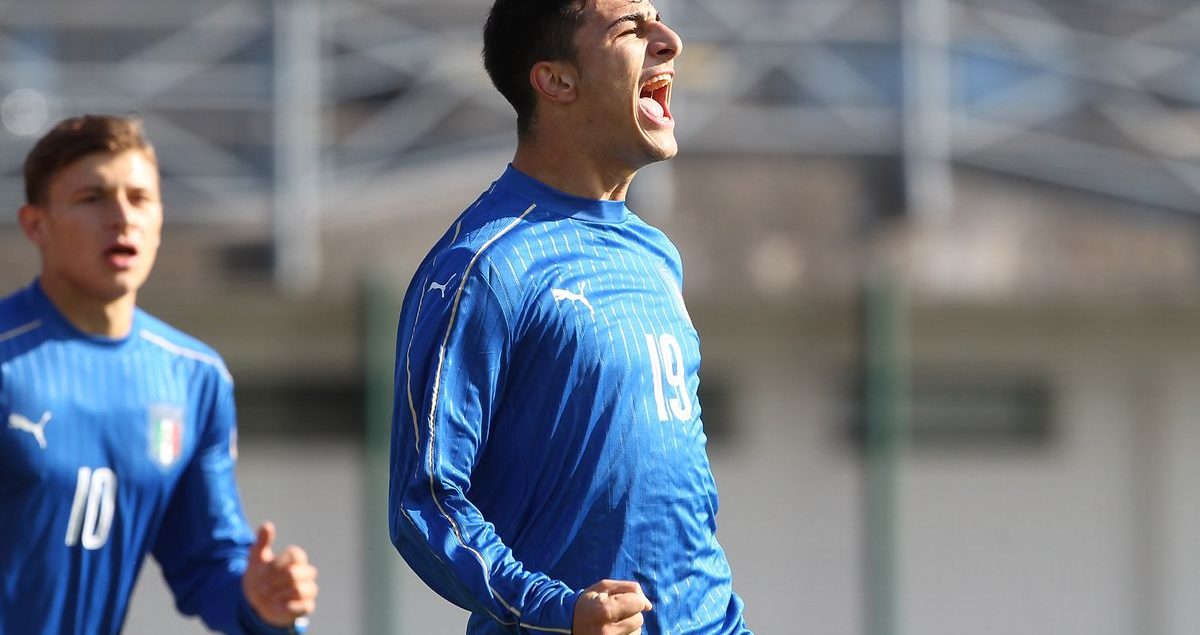 This weekend, South Korea oficially kicks-off their hosting duties for the 2017 U-20 World Cup. With defending champions Serbia nowhere to be found due to their failure to quality, 24 teams will have the opportunity to claim the crown as the world’s best U-20 squad. For Italy, it is a return to the U-20 international stage for the first time since 2009 where they bowed out in the Quarter-Finals to Hungary. This time around, current bench boss Alberigo Evani may have just assembled one of the most talented squads in recent years and could be legit competitors to take the tournament by storm. Italy will begin their quest to glory on Sunday in their opening group match versus Uruguay and here are five Azzurrini players who will be worth watching very closely throughout the competition:

When it comes to developing goalkeepers, Udinese have hit the jackpot in identifying talent within their youth system in recent years. Simone Scuffet was the first to break into the first-team with outstanding results. Catapulting himself into the national spotlight as a 17-year old starter in 2014, a season of eye-catching performances early put him on the cusp of the Azzurri’s World Cup squad to Brazil. Not far behind him is 20-year old Alex Meret, the former Primavera standout who made an immediate impression at the 2014 U-19 European Championships and recently guided SPAL to a fairy-tale promotion to Serie A. While both have had their fair share of success since graduating from the Primavera, there is another special talent waiting in the wings.

Samuele Perisan is the latest goalkeeper out of Udinese’s youth system to come through the Primavera pipeline. Called up by Azzurini U-20 manager Alberigo Evani, the 19-year old will join Andrea Zaccagno and Alessandro Plizzari as one of three goalkeepers to board the flight to South Korea in the next few days. A year removed from starting 25 games for Udinese Primavera, Perisan followed in the footsteps of Scuffet and Meret by earning a spot on the first-team bench, albeit as a third-choice goalkeeper this season. Standing at 6’2ft, he is comfortable in coming out for crosses and fearless in attacking the ball in traffic. He is also very explosive despite his tall frame, displaying very good reaction skills on his line. It is still undetermined who will be first-choice heading into the tournament however it is likely that Perisan will compete with Zaccagno for the starting role.

A former captain of the U-19 squad, the Roman-born center-back has represented Italy at all youth national levels up to his call-up to the U-20s. At the young age of eight, Riccardo Marchizza entered Roma’s youth system and he has been turning out for their Primavera squad since 2014 as a 16-year old. However, Marchizza was not always a natural center-back. For a player who idolized Andrea Pirlo during his childhood, as revealed in an interview with AS Roma.com, his original role in the youth system was as a midfielder before converting to a more defensive position. This could explain his high level of comfort on the ball and good passing range.

Marchizza has all the traits of the modern day center-back. Strong, physical presence who reads the game extremely well, has very good positional awareness and has great ball-playing abilities to help build up play out the back. He is also a confident and potent penalty-taker. 8 of his 9 goals with the Primavera in all competitions this season were scored from the spot. What will be a plus for Alberigo Evani is if needed, Marchizza has experience playing at left-back should the tactician desire to use him in that role. You can be rest assured that opposing strikers in the tournament will not find it easy breaking through Italy’s back-line with Marchizza standing tall at the center of it.

It may not have been a campaign to remember for Palermo but despite the tumultuous close to their season, there still remained a few bright spots which provided a glimpse of sunlight between the darkened clouds. One of those rays of light was left-back Giuseppe Pezzella. The Naples native collected 10 appearances over the course of this season, which a number of those also saw him occupy the left-midfield position. Graduating from the Primavera was a natural progression for the 19-year old after two season in the youth system. Back in February, Palermo confirmed their long-term faith in the young full-back by inking him to a contract extension until 2020.

Pezzella is far from the finished product however the qualities he has shown since moving up to the first-team have made a lasting impression. Ever-present on the flanks, he can maraud up and down the pitch, offering numerical superiority in attack and tracking back just as fast to maintain his defensive coverage. On the technical side, he can dribble in stride with relative ease and often searches for that clinical cross into the box for his teammates. Evani has the luxury of choosing between Giuseppe Pezzella or Federico Dimarco to start from the opening whistle and whomever he decides to give the nod to, Italy will definitely be in safe hands on the left-side of the pitch.

Ever since he made his first appearance via a late-game substitution against Parma in 2015, Nicolo Barella was destined for a very bright future. The young midfielder rose through the ranks of his hometown club Cagliari, hoping to one day emulate the success of the Rossoblu’s bandiere such as Daniele Conti and Andrea Cossu with the same impact and longevity. His loan stint at Como last season may have resulted in a relegation to Lega Pro, however it served as an important learning experience towards Barella’s development. This season saw him go from loanee to revelation in the Cagliari midfield and if his string of performances are any indication of what is to come in the future, he will certainly cement his spot as a Starting XI regular for years to come.

Barella is equipped with the tools to mold into a complete midfielder. One of the key elements to his game is his intelligence in possession, knowing when to pick out a decisive pass and when to dribble his away out of difficult spots. Opposing players are usually left frustrated trying to disposses the 20-year old as he does a fine job at keeping the ball attached to his foot. His passing vision is another element continuously on display when switching play with ease and delivering long diagonal balls to bypass opposition lines from over the top. Although he is integral in progressing play into the Final Third, he is just as present defensively when supporting his teammates in transition. Disrupting build-ups and recovering possession with timely tackles have quickly become a specialty in his defensive contributions. There is never a concern from the Sardinian to do the dirty work off the ball. It will be worth keeping a close eye on him in Italy’s midfield throughout the tournament

It has been a banner year for Riccardo Orsolini. In his first full Serie B season, he has been a staple in Ascoli’s Starting XI, appearing in 41 domestic games with eight goals and six assists to his name. Juventus would later open their wallets and sign the electric winger, opting to keep him at Ascoli for the remainder of the season. He then capped off his stellar season by making the final squad for the U-20 World Cup.

The stage is set for Orsolini to captivate audiences around the globe on an International level with his fast-paced dribbling and flair in Evani’s 4-3-3. Acting as an inverted winger, he is generally deployed on the right flank but can slot in seamlessly anywhere across the front three. No backline is safe from torment when Orsolini rushes forward, ball glued to his foot, with all the confidence in the world. With his habit for taking on defenders 1v1 and cutting in from the right onto his preferred left foot, it is no wonder comparisons of his style of play have been made with Arjen Robben. Without a doubt, expect Riccardo Orsolini to be one of the most exciting players to grace the pitch in South Korea.