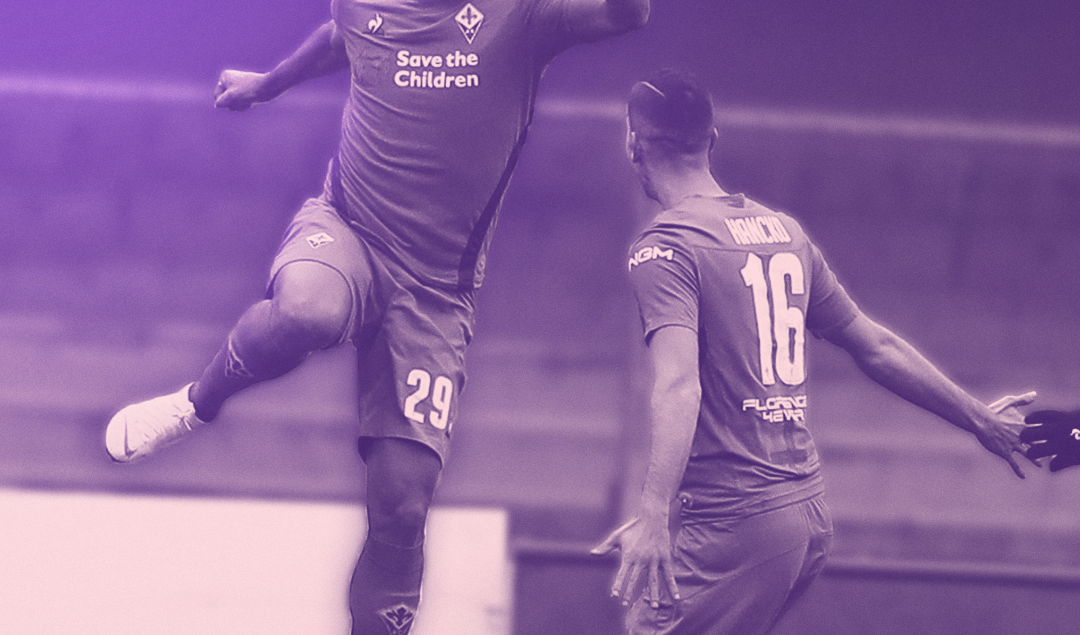 “If he wants to talk with me, he should lose 5 pounds. I repeat, he does not speak with me until he has a physique of an athlete, he must work hard.”

Those were the harsh words of Udinese coach Francesco Guidolin in an interview with Italian newspaper La Gazzetta dello Sport in July 2012 when he was asked about Colombian striker Luis Muriel.

Since Muriel arrived in Italy from his native Colombia in 2010 after scoring nine goals in just 11 matches for Deportivo Cali, he has been considered to be a footballer with great potential, but he has rarely remained fit for long enough to sustain any consistent runs of form.

After featuring just six times in La Liga under new coach Pablo Machín at Spanish club Sevilla, the 27-year-old decided to leave the Andalusian club and return to Serie A to play for Fiorentina, a move which has looked beneficial for the Viola and the player so far.

Muriel has had an electrifying start to his loan spell, scoring seven goals and providing two assists in 10 competitive matches for the Florentines, including five strikes in seven league appearances.

Viola coach Stefano Pioli gave the former Udinese and Sampdoria forward his debut for the club in the 2-0 victory against Torino in the Round of 16 of the Coppa Italia on January 13 but it was in his first Serie A appearance with the Tuscan club six days later where he truly came to life.

Coincidently Muriel had to face the Blucerchiati, the club that sold him to Sevilla in the summer of 2017, and he played a starring role, scoring twice in the 3-3 draw with solo runs.

He opened the scoring in the first half after beating three Samp defenders and dispatching the ball past goalkeeper Emil Audero with a delicate left-foot shot. It was 25 minutes into the second half when he scored his and his team’s second, shaking off Blucerchiati centre back Joachim Andersen with one turn and he needed just one deft touch to beat left back Nicola Murru before sprinting into the opposition half and shooting past Audero with his right foot.

Sampdoria came back to lead 3-2 before Fiorentina snatched an equaliser at the death but it was clear that the 27-year-old was the star of the game, prompting Pioli to surprisingly compare his style of play to Brazilian legend Ronaldo.

“He reminds me of Ronaldo, Il Fenômeno,” the Viola coach said in the press conference after the match.

“You see the same qualities in his game. He is 28 now [in April] but he hasn’t achieved everything he would like, so we can help him with that.”

Muriel has been compared to Ronaldo in the past but the similarities are based more on physical attributes and appearances than on skill level. Both players battled with weight problems throughout their careers but they have shown that they have great pace and acceleration when they have been at their fittest.

Following his performance against Sampdoria, the forward opened the scoring in Fiorentina’s 4-3 away victory against Chievo in Serie A after playing a one-two with left-back David Hancko before beating Flying Donkeys goalkeeper Stefano Sorrentino at the near post, and he played a starring role again three days later in the Coppa Italia.

Remarkably, the Viola demolished Roma 7-1 in the quarter-finals, with Muriel scoring the third goal with a deflected strike, and then he provided the pass for midfielder Marco Benassi to add the fourth. Temporarily, the scoring run came to a halt, but the Gigliati were able to collect two draws and a 4-1 victory against SPAL in those league fixtures.

Pioli left him on the bench for Round 25 fixture against Inter but the Fiorentina tactician decided to bring him onto the field in the 58th minute when the Florentines were trailing 3-1 and the attacker turned the game around.

He had assisted a goal for Cristiano Biraghi but he was then disallowed after he was adjudged to have fouled Nerazzurri defender Danilo D’Ambrosio in the build-up. That did not deter him though as he scored with a right-foot free-kick which had great swerve and power, giving Biscione goalkeeper Samir Handanovic little hope of saving it.

A controversial penalty brought the Viola level incredibly with 11 minutes stoppage time played, but they had played the game in the right spirit from the first whistle and deserved at least point.

Afterwards came two matches against northern Italian club Atalanta, with both games being filled with excitement. Unsurprisingly, Muriel was in the thick of the action.

Fiorentina drew 3-3 in their Coppa Italia semi-final first leg on February 27 and the Colombian forward provided the assist for Benassi’s goal after flicking the ball over a defender’s head, and he scored the equaliser with 11 minutes to go by tapping-in Chiesa’s low cross.

Unfortunately for the Tuscan side, Atalanta emerged victorious when they played each other in Round 26 of Serie A, but Muriel provided a highlight of his own by scoring the first goal in the 3-1 defeat. La Dea midfielder Marten De Roon erroneously passed the ball to the Gigliati striker, who beat one defender and then hit a low and powerful left-foot shot into the far corner.

Muriel is scintillating form and his presence has positively impacted on his teammates, with Fiorentina finding the back of the net 28 times in the 10 matches he has featured in. That is a significant contrast to the eight-game winless streak in Serie A from October to December 2018, when the Tuscans scored just seven times.

Convincing options on the left side of attack were a problem for the Viola in the first half of the season due to Croatian international Marko Pjaca and Belgian winger Kevin Mirallas failing to convince, but Muriel has immediately fitted into that role seamlessly and he can also play at centre-forward, allowing Argentine striker Giovanni Simeone time to rest and also give Brazilian starlet Gerson opportunities to play.

The bubble could burst at any moment but the current momentum is incredible, and the Colombian would like to make the move to Sevilla permanent and also challenge for silverware.

“It’s great to be here,” the 27-year-old said to Corriere dello Sport on March 7.

“When the idea of ​​coming to Florence was proposed, I dreamed of staying there. I arrived with the objective of doing well and being kept on permanently.

“We’re a young squad, we always give everything and we are also feeding off our fans’ affection.

“We want to win something important and the Coppa Italia is a competition we have our eyes on.”

Weight issues and inconsistent form have impacted on the career of Luis Muriel but he has made an incredible transformation at Fiorentina and Viola fans will be hoping that his purple patch is not temporary.