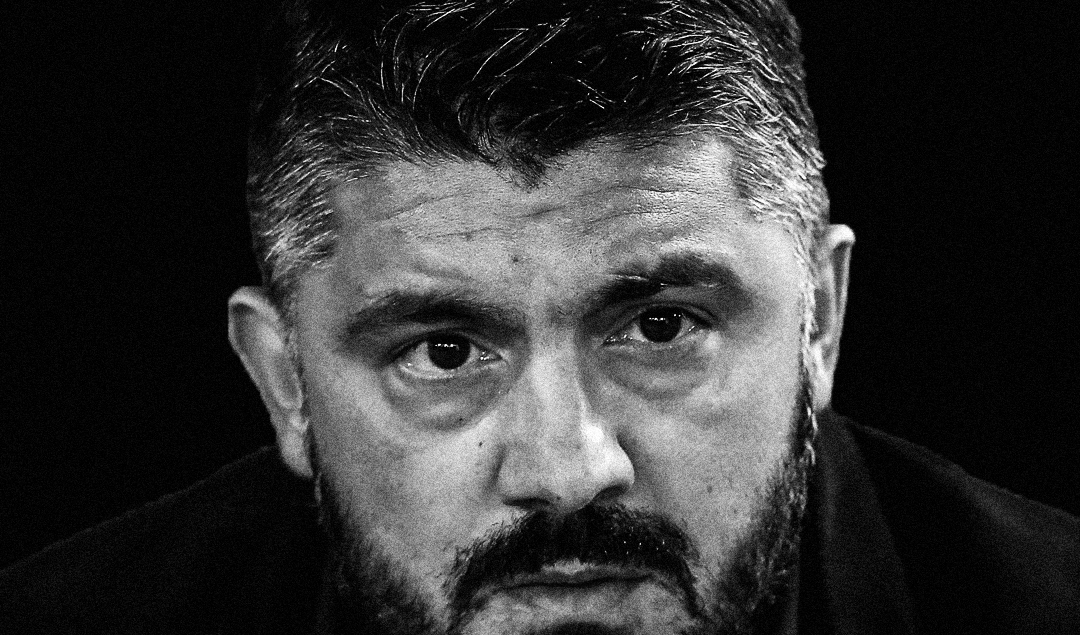 Every manager has a set of faithful servants in the team; servants who exude how the manager wants things to be done on the pitch. These players are the reflection of the manager and how he wants the game to be played. Without players like these, a manager is bound to fail.

Be it Roy Keane and Sir Alex Ferguson or John Terry and José Mourinho, a manager must find players whom he can relate to. Players he can trust no matter what, players who may remind the gaffer of himself during his playing days. Players who can lead vicariously through him.

Perhaps this is where Gennaro Gattuso fell short during the early days as the AC Milan manager. Milan were fragile, inconsistent and easy to rattle. It was miles different to how Gattuso was during his days, as a dogged, resilient and gritty midfield battler.

The 41-year-old has never avoided criticism for his personality. Questions have been raised over whether he is capable of managing a club of Milan’s stature, and with the Italian failing to impress at previous coaching stints in Sion, Crete and Palermo, it’s easy to see why. At a club that has become maligned by constant managerial changes, impatience is commonplace. Managers must prove worthy in the short term before gaining the opportunity to coach a long-term project.

After Vincenzo Montella’s sacking in November 2017, uncertainty and insecurity ran rampant. Milan hadn’t had a serious long-term manager since Massimiliano Allegri who won the league in 2011 before parting ways on January 13, 2014. Since Allegri’s departure, Milan had gone through six coaches in less than four years before hiring Gattuso. And despite initial growing pains, Milan are inching closer and closer to the Champions League.

The joy and excitement is back on the faces of the Rossoneri faithful. The San Siro rocks every time Krzysztof Piątek finds the back of the net, as the club’s ultras go ‘Pum, Pum, Pum’ while he brandishes his gunslinger celebration. Each one of Tiémoué Bakayoko’s or Franck Kessié’s dribbles from midfield are cheered as if a military offensive on enemy territory has just been called. Every tackle that Alessio Romagnoli wins is like a throwback to when this side ruled the world with Alessandro Costacurta at the back. Every time Gianluigi Donnarumma pulls off a save, it gives a clear idea that the magic at the club is back.

While they did finish a distant 6th last season, 8 points behind 5th-placed Lazio, Milan supporters had cause for hope: for once, it seemed like this team was a work in progress, a team headed on the right track. Gattuso’s future wasn’t secure back then, and financial issues and irregularities had only furthered the feeling of uncertainty around the San Siro.

The transfer expenditures of nearly €200 million in the summer of 2017 had left the side worse off, not better. Montella had failed to accommodate his signings into a concrete system, and while Franck Kessié and Ricardo Rodríguez have gone on to become key players for Milan, they didn’t live up to their price tags during their brief time under Montella. Instead, they seemed like a bunch of square pegs in round holes operating in an engine they knew nothing about.

When Gattuso stepped in, the losses against soon-to-be-relegated Hellas Verona and Benevento told many that he wasn’t the man for the job. He looked out of his depth, no better than Montella, and it looked like he would be the next interim coach who would face the axe. The next game at the Stadio Artemio Franchi against Fiorentina would say a lot about Gattuso’s men.

After Giovanni Simeone’s goal for La Viola in the 71st minute, Milan looked dead already. They had fought hard all game, they had gone into every tackle like their life depended on it, but the goal was a killer blow.

But they refused to fold. An oft-criticised Hakan Çalhanoğlu rose from the ashes right when no one expected him to. The Turk had defined Milan’s season up until that point, as one of the biggest flops from a sorry bunch. While injuries hadn’t helped the ex Bayer Leverkusen man, he had never found his rhythm. He seemed like an alien roaming about in the Amazon jungle, after being tested in various positions by both Montella and Gattuso.

In trademark fashion for the Turkish playmaker, Çalhanoğlu slotted in his free kick into the bottom right corner. It was a shot in the arm for Milan, and it proved there was still fight left for Gattuso’s side.

Gattuso’s resilient men lost only two games from then on in the league, beating Roma and Lazio, hammering La Viola 5-1 at the San Siro and holding Napoli to a goalless draw. They still finished 6th, but it was more down to the damage that had been caused under Montella than how things had been under Gattuso. Finally, Milan fans had a side they could believe in.

Fast forward to today, and that hope has not been misplaced. The new Elliot ownership has taken away the financial insecurities and problems that the club endured during the tutelage of Li Yonghong. Formerly of Paris Saint-Germain, Leonardo is now the sporting director, and he works alongside the club’s sporting strategy and development director Paolo Maldini. There is a plan, a policy, and an upward trajectory. Controversy and mismanagement has now gave way to accountability and shrewd direction.

More than anything, it is the side that mirrors what Gattuso was as a player and the sort of person he is. After a tough start to life in Italy, Bakayoko has become one of the best midfielders in the Serie A. Kessié has become one of Gattuso’s most reliable soldiers. Suso has kept up his ability to pull the side out from tough positions. Romagnoli has established himself as a consistent, accountable skipper who translates Gattuso’s instructions onto the pitch. He has also scored two goals this season- two vital goals which could determine the top four race.

With two winners against Udinese and Genoa, Romagnoli may have just scored the goals that return Milan to the Champions League after six long years.

The constant drama that used to plague Donnarumma has now washed away. After a poor start to the season, the teenage prodigy is starting to validate his hefty salary. But above all, it is the new arrivals who have made many sit up and take notice. Piątek and Lucas Paquetá give Milan fans a throwback to the pairing of Andriy Shevchenko and Ricardo Kaká. Paquetà’s grace and flair is reminiscent of his Brazilian counter-part. He is almost a Gattuso-esque version of what Kaka was. He isn’t just about panache, he is a grafter who works his socks off.

As for Piątek, what’s there to say that hasn’t been said already? He’s succeeded where Gonzalo Higuaín failed, and with his seven goals, he hasn’t just handed the side points and consistency, but the intangibles as well. At 23, he signifies hope and joy at a club that has been yearning for it for many years now. He represents a new era that is dawning at the club.

But the most special thing about this side is how it reminds Milan fans of Gattuso. They don’t always play aesthetically pleasing football, but they know how to dig out a result and grab a game by the scruff of its neck. In every department, from defense to attack, there is a leader waiting to take responsibility and shepherd his side to victory.

If Bakayoko isn’t at his best, Kessié will work extra hard to cover more ground. If Romagnoli isn’t faring well, Mateo Musacchio will step in and lead the charge. Çalhanoğlu has begun to show his real self, filling the void if Suso is having a poor game. If Piatek isn’t working out up front, Patrick Cutrone will bring something else to the plate.

The side is bound together by this form of responsibility to fight for the Rossoneri badge. They would fall apart in the biggest games two seasons ago, but Gattuso has made them into a bunch of hungry lions. They cover every blade of grass and don’t give up until the final whistle.

Most of all, there is finally solidity in Milan. After a teething period of leaky defending, Milan have finally shut up shop in the back, and since December 1, they’ve conceded just 5 goals in 13 league matches. No team in Europe’s top 5 leagues has conceded fewer goals in that time frame. Barcelona, the team that held Real Madrid to consecutive clean sheets at home last week, have conceded 6.

Since Mauro Icardi’s last-gasp winner on October 21, they have lost just twice in the past 18 league matches, to Juventus and Fiorentina, respectively. They have proved their mettle in big games too, going toe to toe against Roma, Napoli and Lazio. With admirable stamina, pragmatic defending, and a newfound concentration, this Milan side has what it takes to go the distance and make the top four.

As well as the second leg of the Coppa Italia semi-finals against Lazio, Milan now have to play “twelve cup finals,” as Gattuso himself proclaimed after last weekend’s gritty victory against Sassuolo. Juventus and Inter will likely be the two toughest threats, although given the fact that Milan have dropped points to Frosinone and Bologna this season, both of which are in the relegation zone, there isn’t such thing as a write-off; every game matters. And with Milan having finally leapfrogged a free-falling Inter Milan in third place, this is as good a chance as any for them to return to the promised land.