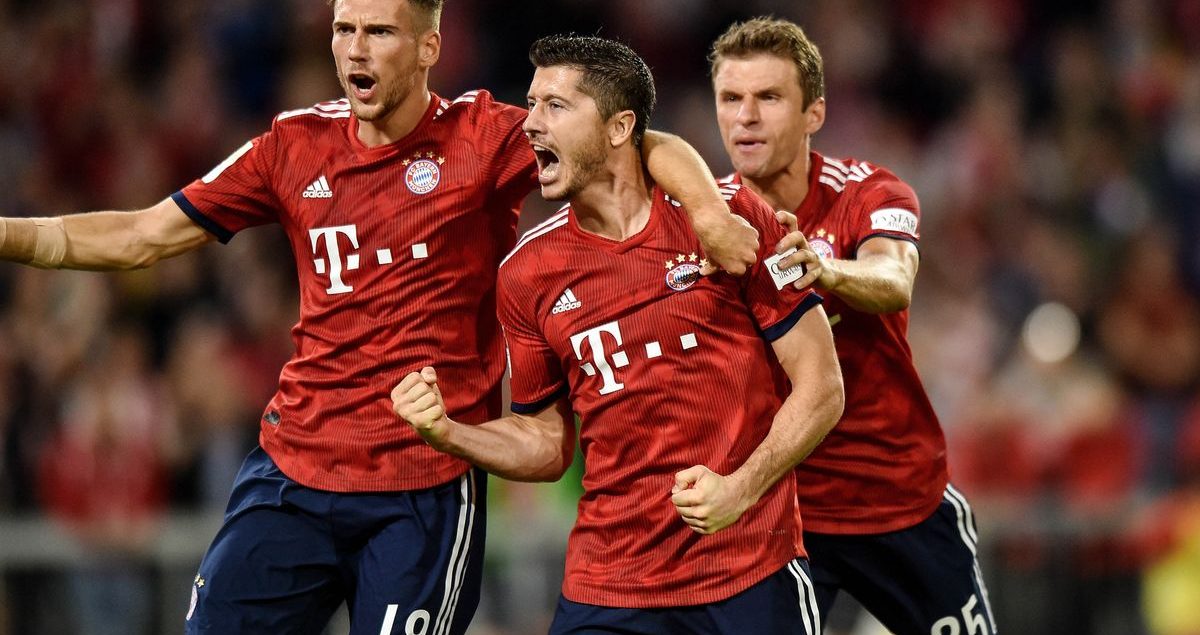 ZL: After having Jupp Heynckes, Pep Guardiola, and Carlo Ancelotti as managers, is there a new look, a new feel to Bayern with a lesser known, young coach like Niko Kovac at the helm?

RM: That’s a great question. Bayern Munich definitely don’t have a new look under Kovac as their personnel is largely the same. However, he is starting to bring his own tactical style to the team, trying to utilise wingers and his full-backs in a more 4-3-3 approach than his predecessors. Combined with gegenpressing, this has produced superb results so far.

ZL: What’s one notable difference you are seeing compared to Heynckes’ 17/18 team?

RM: The method of counter-pressing is much more intense than under Heynckes with the players eager to win the ball back without losing their shape. It’s worked well in the early games with Bayern dominating possession and looking less vulnerable without the ball.

ZL: Do you see any aspects in which Bayern are inferior to last season?

RM: Sometimes the high pressing leaves Bayern open to counter attacks and pacey players getting on behind. Luckily they have really been exploited by this yet, but we might see it happen in Europe.

ZL: Who’s one player you think will break through for Bayern this season?

RM: Bayern’s squad is so familiar to people, it’s hard for anyone to be a surprise package. January arrival Alphonso Davies has the ability to be a star in the Bundesliga, doing it on a regular basis in MLS and for Canada.

ZL: Your predicted XI for the CL?

ZL: Think anyone like Niklas Süle for example can break into it?

RM: Definitely. I think it could even be possible that all six group games have six different lineups. There’s lots of options that could start: Süle, James, Gnabry, even Sanches could get a start.

ZL: Did Bayern get better after this summer, or worse, or did they stay the same?

RM: Bayern more or less stayed the same over the summer, but the biggest problem for them is the fact that the other Champions League contenders got better. So it will be much harder for them in the knockout stages this season.

RM: Same as last season. Injuries! But position wise? Full-back, they just don’t have the depth there, even before Rafinha was ruled out. Could come back to haunt them.

ZL: Are there any academy prospects you can see getting minutes under Kovac?

RM: Central defender Lars Lukas Mai played a couple of games towards the end of last season, and is the most likely to get some gametime this season, especially if there is an injury to Boateng.

ZL: So is there any depth whatsoever for fullbacks?

RM: Jonathan Meier and new signing Mert Yilmaz could both see time, but Kovac might be more likely to change to a 3-5-2 instead.

RM: Whether they have enough depth to compete in the Champions League late in the season. They have had problems staying fit in March and with Robben and Ribery even older now, that could be a big issue again.

ZL: It seems as though a lot of fans are turning on Hoeness and management for not investing enough. Do you think Bayern have adequately prepared to challenge for the CL, or are they in need of a squad overhaul?

RM: They’re right. Bayern will struggle to compete with major European clubs without investment. We saw it last summer when Lewandowski and Robben were unhappy with a lack of additions following PSG’s capture of Neymar. They’ll hardly be much more inspired this season after one free transfer arrival and a few loan returns. They don’t need a complete overhaul, just some new stars and some extra depth.

ZL: Aside from the wingers, are there any specific areas Bayern should reinforce in?

RM: All across the defence. Boateng is injury prone, so it’s likely Martinez will have to fill in for him at some stage during the season. Having three senior full-backs is also a recipe for disaster as well.

ZL: What should be the expectations for Kovac’s first season to be considered a success?

RM: Anything less than a Bundesliga title will be a failure. But to be a success, he’ll have to at least get to the last four of the Champions League. That will be difficult so if he doesn’t, he’ll have to be given more time and they’ll need to spend next summer.

ZL: Say they don’t win the title, say they go trophyless. Would Bayern’s board retain him?

RM: If they lose it on the last day, he’ll be kept, but if there’s a bad spell and they lose a few games in a row and are half a dozen points behind, he might not make the season.

ZL: After having the likes of Pep, Heynckes, and Ancelotti, does Kovac’s hiring signal a change in direction for Bayern?

RM: It does, but perhaps not one they 100% wanted. Tuchel was their first choice and chose PSG instead, so the next best thing was to go after one of the young coaches in the Bundesliga. As long as they stick with him, it should be a success.

ZL: Do you believe it signifies a lowering of ambition?

RM: Not necessarily. They still have the same ambition, they’ve just decided to take this season as a budget saving one before spending big next summer. But they’ll have to still compete if they want to sign that superstar in 10 months’ time. Who will want to go to a non-contender?

ZL: Any particular superstars you think they are eyeing? Do you believe they’re saving up for a world-beater signing?

RM: There’s been talk of Griezmann or Dybala, but I’d say the latter is more realistic than the former. Anthony Martial hasn’t agreed a new Man United deal yet, so would be perfect, especially as they need new young wingers.

ZL: Could this be Lewandowski, Boateng or any particular Bayern starter’s last season at the club?

RM: Boateng definitely. Surprised he didn’t leave during the summer, but PSG were rightly not willing to meet Bayern’s demands. He’s still an excellent centre-back, but he’s too injury prone to be relied upon by a Champions League contender. Lewandowski will probably stay as his market isn’t as hot, given his value.

ZL: Could having two starters who don’t exactly want to be at Bayern come back to bite them?

RM: Both have praised Kovac, so it seems like they’re getting a fresh start to prove themselves. Boateng will definitely have to prove his worth and fitness if he does want to move, so it shouldn’t have a negative impact.

ZL: Do you have any doubts about Kovac as a coach? Could Bayern have gone with a better option?

RM: Nagelsmann was probably the only other “better option” available with regards Bundesliga coaches. Kovac is a good choice; he should make them stronger defensively which will help in the long run.

ZL: Are you noticing the effects of Kovac’s management on any specific players? Are any players getting a “rebirth’ under Kovac?

RM: Thiago already seems central to Kovac’s plans, despite rumours that he might return to Spain after not being a guaranteed starter last year. His playmaking style perfectly suits the way Kovac wants them to play and can help build attacks by carrying the ball forward before spreading it out wide.

ZL: What about David Alaba? It seems he’s stagnated a bit recently.

RM: Alaba is comfortable at Bayern. He knows what to expect and what is expected of him. Kimmich’s roving runs are helping take the attention away, but he’s still putting in solid if unspectacular performances.

ZL: How do you expect Renato Sanches to do under Kovac?

RM: He should be able to re-find some of his form. But the jury is still out as to whether he can actually be as good as his breakthrough or was that just him overachieving.

ZL: With a double pivot of Thiago and Goretzka, do you feel that may be insufficient defensively against certain teams?

RM: Possibly, but then Javi Martínez can step in. However, Goretzka has defensive qualities that should see him through while Thiago won’t be bullied despite his stature.

ZL: James was arguably the most important player for Bayern last season; do you feel as though he’s lost importance under Kovac?

RM: I wouldn’t think so. Kovac probably hasn’t played him as much as he knows competing in the Champions League is much more important. I expect we’ll see a lot more of him in Europe, as he has the right skillset to cause European teams problems.